Pastor Will Breedlove of Harriett Baptist Church in Henderson, N.C., preaches to congregants in their cars on Sunday. Associated Press/Photo by Robert Willett/The News & Observer

The COVID-19 pandemic threatens to hit churches in a particularly bitter way in April. Most anticipate their doors will remain closed on one of the most significant days on the church calendar: Easter Sunday.

“There’s not really a worse time of the year for churches that this could have happened,” said Hans Fiene, pastor of River of Life Lutheran Church in Channahon, Ill.

He said it is hard to contemplate Christians being unable to gather at Easter. But his concerns are not exclusively spiritual: Attendees tend to give the most money at Easter and Christmas. Those offerings keep churches in the black as attendance typically slacks off during the summer vacation season.

“People give when they come but don’t always remember to make up for times that they didn’t,” Fiene said.

The $2.2 trillion emergency relief bill signed last week by President Donald Trump includes assistance for churches—but many are wrestling with whether to take aid from Uncle Sam and accept the strings that might come along with it.

“Congregations are a little cautious with anything coming from the government,” Fiene said.

The Payroll Protection Program, a provision of the act, sets aside emergency loans worth $367 billion for businesses and nonprofit organizations with fewer than 500 employees.

Here’s how it works: The Small Business Administration will back bank-issued loans to cover operating expenses, including payroll, utilities, and rent or mortgage payments. These loans are forgivable as long as organizations retain their employees between March 1 and June 30. Money used for other purposes becomes a 10-year loan.

Organizations can borrow equal to their total average monthly payroll costs over the past year, multiplied by 2.5. The program ends Dec. 31, or when the money runs out.

Sen. Josh Hawley, R-Mo., tweeted on Thursday he had heard reports of regional SBA offices telling churches and religious nonprofit groups they are not eligible for the program. The package “explicitly makes SBA loans available for churches and religious nonprofits,” he said. Hawley’s office sent a letter to the SBA urging it to clear up the misunderstanding. The program is scheduled to launch on Friday.

Travis Wussow with the Southern Baptist Convention’s Ethics and Religious Liberty Commission said church leaders are divided over the program.

“We think there are a number of good reasons why a church can avail themselves of this assistance with a clean conscience, but it is still up to every church to examine their conscience and make a decision about how they’re going to move forward,” he said.

ERLC President Russell Moore does not view the program as a government “bailout” of churches that would pave the way for the state to meddle in religion. He said if the government singled out churches or religions for this aid, it would violate the separation of church and state. “But that’s not the case,” Moore wrote. “The government’s role is simply to guarantee to the banks these loans. … That does not privilege or penalize any religion in any way different from any other entity.”

Dan Busby, president of the Evangelical Council for Financial Accountability, said churches should prepare for the typical red tape of a government program. He advised churches to set up a separate account for the loan to make it easier to document how they use the money.

Busby noted that pastors are raising concerns over a nondiscrimination clause required to obtain the loan. The application says businesses “agree not to discriminate in any business practice.” The clause cites the Code of Federal Regulations, specifically 13 C.F.R. 112, 113, and 117, which do not reference sexual orientation or gender identity—but some worry they could in the future.

Moore said churches are on solid legal ground: “Were any future governing authority to seek retroactively to restrict the First Amendment … I believe such a move would be successfully repudiated in court.”

Back at River of Life Lutheran, Fiene said his church is still weighing whether to apply for a loan: “As long as we’re able to do what we can to keep things going, we don’t want to take it away from people who might need it more than we do.” 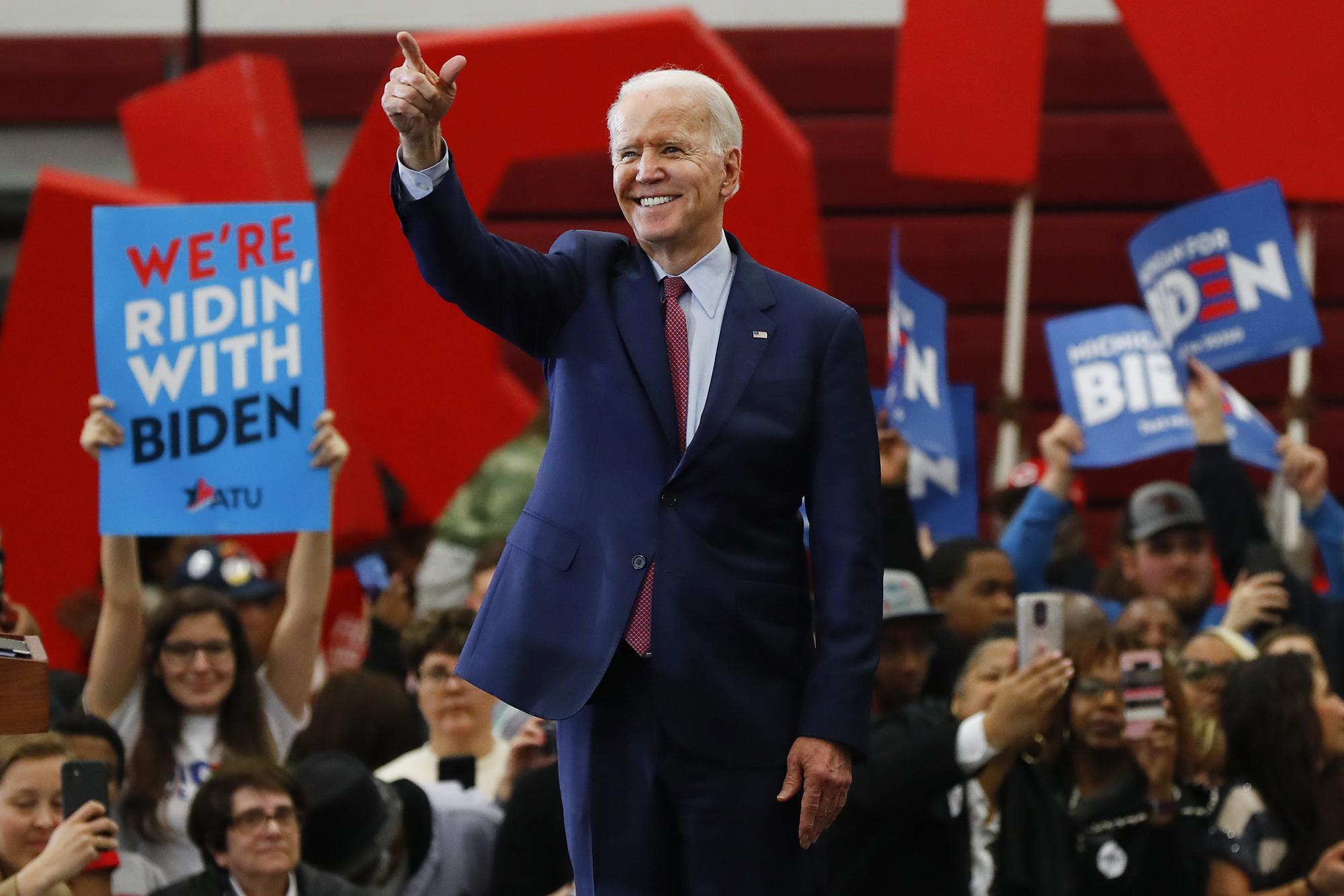 One of former Vice President Joe Biden’s staff members from when he was a U.S. Senator has accused him of sexually assaulting her in 1993.

Tara Reade told podcast host Katie Halper about the accusations in an episode that aired last week. Along with several other women, Reade said last year that Biden’s habit of touching people made her uncomfortable. This is the first time she has gone public with an alleged sexual assault.

Reade said that while serving in Biden’s Senate office, he once pushed her against a wall and sexually molested her. She said she then pulled away from him, and Biden said, “Come on, man. I heard you liked me.”

Reade said she told her brother and another close friend about the incident, but both discouraged her from coming forward at the time.

In a statement, Biden’s deputy campaign manager Kate Bedingfield dismissed the claims: “Women have a right to tell their story, and reporters have an obligation to rigorously vet those claims. We encourage them to do so, because these accusations are false.” —H.P. 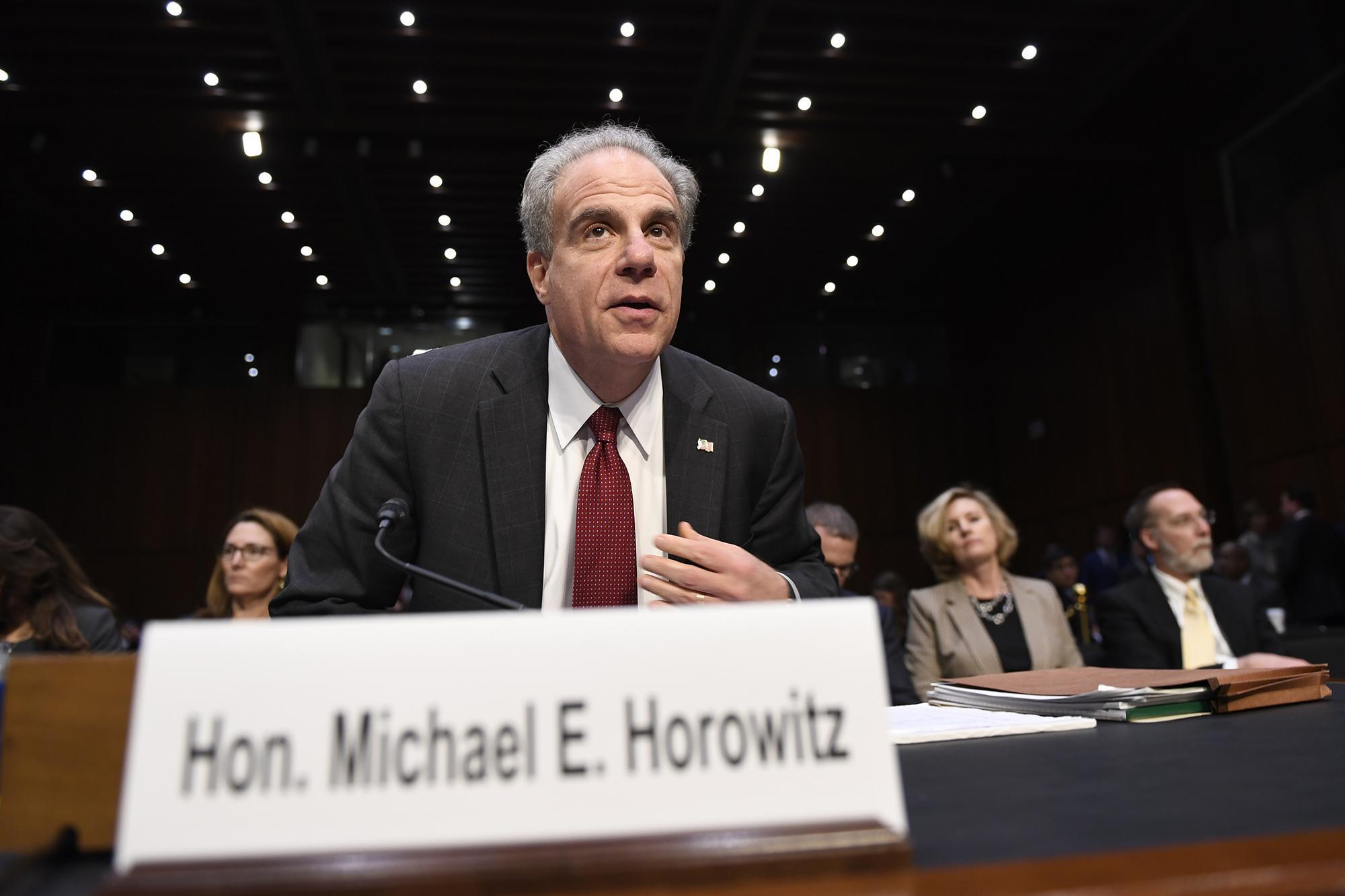 The provisions allow the FBI to collect business records on the subjects of national security investigations, to wiretap them even if they have changed phones, and to monitor terrorism suspects even if they are not affiliated with an overseas organization. The bureau can continue investigations using those tools if they were initiated before March 15, but it cannot start new ones.

The expiration happened due to a political skirmish over the Foreign Intelligence Surveillance Act (FISA). Critics say its use against American citizens violates the U.S. Constitution.

The House passed a measure to renew the surveillance measures and included some modest reforms. But the Senate punted on reforms and passed only a two-month extension. Neither chamber is set to reconvene until April 20.

Meadows announced in December he would not run for reelection. Last month, President Donald Trump tapped the congressman as the third full-time head of his executive office. Meadows replaces Mick Mulvaney, who will become the U.S. special envoy for Northern Ireland.

During his five terms in Congress, Meadows earned a reputation for being a staunch conservative and Trump supporter, especially as chairman of the House Freedom Caucus. —H.P.

Democratic Party officials announced on Thursday they are moving their national convention from July to August due to the coronavirus pandemic. Milwaukee will still host the party’s selection of its presidential ticket, which will now take place during the week of Aug. 17, one week before Republicans intend to gather in Charlotte, N.C., for their convention. —Mickey McLean