As pro-life advocates gather in Washington, D.C., this week to give a voice to the unborn on the anniversary of Roe v. Wade, one large group of unborn children may be forgotten in the fight: the hundreds of thousands of embryos currently frozen at fertility clinics across the country, at least some of whom belong to Christian, pro-life families.

It’s not uncommon for me to meet Christian, pro-life mothers who admit they currently have embryos waiting in the freezer that they don’t know what to do with. My friends Josh and Angie faced a similar dilemma. After suffering through years of infertility, they decided to pursue in vitro fertilization in 2008 and ended up with many more embryos than they wanted to give birth to and raise.

When they realized how many little lives were at stake, they peppered God with questions: “Haven’t we already gone through enough? What do we do now?” Could they have avoided the situation by having their doctor fertilize fewer embryos? Surely. But they knew that life, no matter how it begins, isn’t an accident, and that God doesn’t make “extras.”

A few years later, I gave birth to my first child and my husband and I discovered that we are carriers for a terrible genetic disorder. We knew we wanted to expand our family and turned to embryo adoption as a possible option. When we told our pastor about our adoption hopes, he introduced us to Josh and Angie, his childhood friend. We talked by phone and online, and after much prayer, Josh and Angie agreed to let us adopt their genetic children.

I got pregnant on the first try, but quickly lost the baby. Angie walked through the valley with us time and time again, as we hoped, prayed, tried, got pregnant, and felt God’s nearness alongside the gut-wrenching blows of loss. A week or so after our fifth try, we finally met Josh and Angie face-to-face. They prayed over us, and about eight months later, I gave birth to Jake Allen and Luke Andrew Williams—two healthy baby boys who look a lot like Josh and Angie.

Four months later, our two families met together, sharing hamburgers, hot dogs, homemade ice cream, and baby kisses. We talked as friends while our older kids splashed in my in-laws’ backyard pool. At that moment, there was no denying that God meant it all—the infertility, the terrible genetic disorder, the waiting, the losses, the hurts, and the questions—for good.

It pains me to think how many people forfeit God’s good plans, how many Jakes and Lukes never get a chance to fully live, because their parents keep them frozen indefinitely or choose to “discard” them, donate them to science, or put them into a piece of jewelry.

On the 45th anniversary of the Supreme Court decision sentencing so many unborn babies to death, let’s celebrate those parents who choose life—even if it means life with another family. And let’s pray for those parents (and babies) still frozen in the decision-making process. 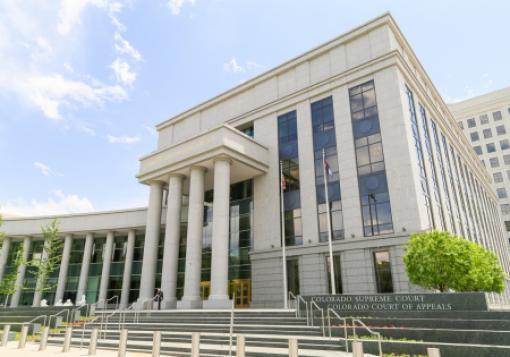 The Colorado Supreme Court will hear arguments this week in the embryo custody battle between Drake and Mandy Rooks, who disagree on the fate of their six frozen offspring.

Doctors created the six babies during the now-divorced couple’s in vitro fertilization process years earlier. Drake wants them destroyed, saying in an interview earlier this month, “It just seems like a guy should be able to decide whether he wants more children or not and with whom.” Mandy disagrees: “No one has the right to tell me that I have to kill my offspring.”

The couple had three children born from the treatment before their divorce, and against Mandy’s wishes, a judge granted Drake ownership of the remaining six embryos. Law firm Thomas More Society filed a brief last year supporting Mandy in the case.

“Current science has established that these embryonic children are the result of procreation and are not property,” the attorneys argued.

Other custody battles over frozen embryos include that of actress Sofia Vergara and her former fiancée, Nick Loeb. In their case, Loeb wanted to keep the babies but Vergara wanted them destroyed or left on ice. A judge dismissed Loeb’s lawsuit last year. —Samantha Gobba 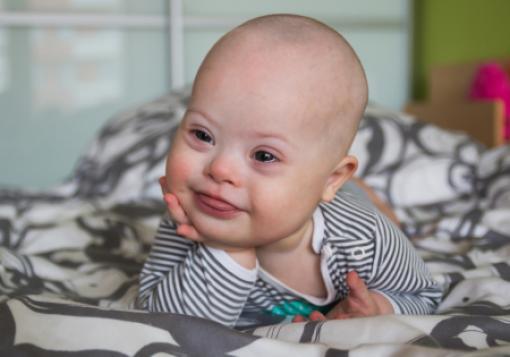 Illinois lawmakers have introduced a bill to ban abortion based on a Down syndrome diagnosis, legislation similar to a bill passed recently in Ohio. Abortionists who violate the law could face felony charges.

“All life is precious and unique, including children with Down syndrome,” said State Rep. Allen Skillicorn, a Republican and one of the bill’s co-sponsors. “They are not second-class citizens.”

Last week, an Ohio bill that would require burial or cremation of aborted babies passed the state Senate Government Oversight and Reform Committee in a 7-3 vote. The bill, drafted by Ohio Right to Life, also requires a 24-hour waiting period before an abortion and requires abortionists to explain to mothers the procedure’s medical risks.

“Human life is intrinsically valuable, and with this legislation, we recognize this fact by restoring some measure of dignity to aborted children, even in death,” Ohio Right to Life president Mike Gonidakis said in a statement. The bill now goes the state Senate for a full vote. —S.G.

The Toronto Right to Life Association has sued Canada’s federal government over a new rule involving its Summer Jobs Program, which now requires funding recipients to sign off on a “core mandate” to respect the right to an abortion, as well as refraining from discrimination based on “sexual orientation or gender identity or expression.” Toronto Right to Life Association’s Blaise Alleyne said the government granted his organization $10,000 in 2016 but denied any funds last year without explaining why. “We believe we shouldn’t be treated unequally because we hold different beliefs from the government on a social issue,” Alleyne said. —S.G.

Luke and Jake at about 5 months old The Williams family

Whitney works on WORLD's development team and has spent more than a decade with the organization in various roles. She earned a journalism degree from Baylor University and resides in Texas with her husband and three sons.