Inmates at the Cummins Unit of the Arkansas Department of Correction in Varner, Ark. Associated Press/Photo by Danny Johnston

In 2015, Arkansas inmate Gregory Holt was the first person in the United States to successfully invoke the Religious Land Use and Institutionalized Persons Act (RLUIPA) to defend his religious liberty as a prisoner all the way to the U.S. Supreme Court. In Holt v. Hobbs, the high court unanimously ruled Holt should be allowed to grow a half-inch beard as a demonstration of his Muslim faith.

Congress passed RLUIPA in 2000, and though Liberties has often covered the “Religious Land Use” portion of the act, the “Institutionalized Persons” portion is seldom referenced.

The two seemingly unrelated issues—land use and incarcerated individuals—address one fundamental problem: government regulations that quash the free exercise of religion. The state’s compelling interest in maintaining order within its prisons often precludes inmates’ ability to follow religious observances.

In Holt’s case, Arkansas Department of Corrections policy prohibited beards. The only exception allowed men with a dermatological condition exacerbated by shaving to maintain a one-quarter-inch beard. Holt, convicted in 2010 of burglary and domestic battery, suggested a compromise: A half-inch growth would allow him to demonstrate his beard represented more than the medical exception, but less than the full beard he believed his Muslim beliefs compelled.

But the Arkansas DOC argued it had a “compelling government interest” in maintaining the policy: Holt’s half-inch beard would enable him and subsequent inmates to hide contraband and obscure their identities.

Every lower court rejected Holt’s plea, “emphasizing that prison officials are entitled to deference on security matters,” Justice Samuel Alito wrote in the Supreme Court’s decision on the case.

Holt represented himself through the appellate process until 2014, when University of Virginia law professor Douglas Laycock and Luke Goodrich, an attorney with Becket, argued his case before the Supreme Court. By then, Holt’s situation had garnered the support of a disparate group of civil libertarians and religious organizations that filed friend-of-the-court briefs on his behalf.

“The case is a signal, or instruction, for lower courts to take these cases more seriously,” Laycock told me.

Prior to RLUIPA’s passage, prison administrators routinely denied inmates the most basic religious accommodations in the interest of security, according to congressional testimony supporting the bill. In the name of security, officials have prohibited yamakas, prayer shawls, Catholic sacraments, religious texts, meetings with inmates of similar faith, and religious holy day observances, Goodrich told me. Only last year, after a 12-year legal battle, did Texas prisons provide kosher meals. Florida did likewise in 2016 after an inmate sued.

In one especially egregious case, an Oregon county district attorney in 1996 recorded a confessional between a priest and a man suspected in a triple murder. The community’s uproar over the violation of a fundamental religious rite rivaled its outcry for justice in the heinous crime that left three teenagers dead. (The prosecutor and defense attorneys listened to the recording but omitted it from the trial. The jury convicted Conan Wayne Hale and sentenced him to death row, where he remains.)

Prison officials have a hard task: They must first assess the sincerity of a religious request and then strike a balance between prison order and prison exceptions.

“We always have to weigh between gang activity and religious faith,” Ken Ellis, director and clinical chaplain at Phillips State Prison outside Atlanta, told me.

But in 2005, the state of Ohio disagreed. In defending itself against RLUIPA claims from three inmates, the state argued to the Supreme Court that the law violated the First Amendment’s establishment clause by requiring it provide policy exemptions for religious but not secular purposes.

The Supreme Court disagreed—unanimously. The court ruled a state’s compelling interest in maintaining prison security does not come at the expense of inmates’ first freedom. And facilitating that freedom does not establish a religion.

“[Inmates] lose a lot of rights when they go to prison but they don’t lose their human dignity,” Goodrich said.

Few religious accommodation requests rise to the level of RLUIPA lawsuits, according to Ellis. Often simply providing a meeting time and place at an inmate’s request is sufficient. He said chaplains act as an inmate’s first defense of religious rites—regardless of the chaplain’s endorsing agency or own personal faith. Ellis does not officiate non-Christian services but will find volunteers to do so.

“Your role now is not only a representative of your faith group, but you are also a proponent of the First Amendment,” he said. “It is the chaplaincy department that makes sure the offenders have the right to express their freedom in their religion.” 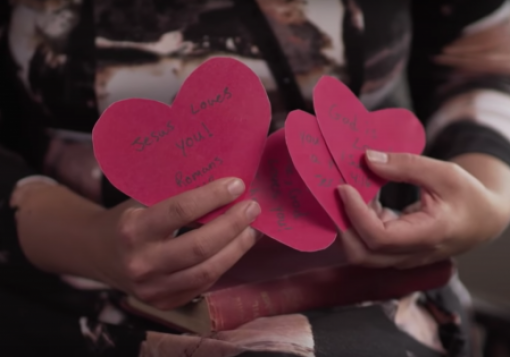 Northeast Wisconsin Technical College student Poly Olsen is suing the school for refusing to allow her to hand out Valentine’s Day cards with Bible verses on them, a decision she believes violated her free speech and expression rights.

Olsen, who is studying to become a paralegal at NWTC, wanted to celebrate Valentine’s Day by practicing a long-held family tradition—her family used to go to nursing homes and hospitals to hand out handwritten cards with Bible verses.

Olsen made heart-shaped valentines with messages like, “You are special! 1 John 4:11,” and “Jesus loves you! Romans 5:8.” Wearing a red dress, she distributed the cards on NWTC’s campus to students and staffers. After someone called in a complaint, a security officer stopped her, telling her what she was doing counted as solicitation and that some people might find the Bible verses offensive.

The Wisconsin Institute for Law & Liberty filed a lawsuit on Olsen’s behalf on Sept. 4, petitioning the court to declare NWTC’s Public Assembly Policy unconstitutional. The policy restricts free expression activities to a limited space outside its front doors, an area that comprises less than 0.5 percent of campus. The school requires prior approval before using the area, and allows school administrators unlimited leeway to veto any message.

“NWTC has effectively deemed all remaining indoor and outdoor areas of campus, outside the prescribed Public Assembly Area, as non-public forums off-limits for student speech and expression,” the suit said, adding Olson did not sell the valentines: “Everyone was free to decline them.”

But school officials argue their action had nothing to do with the religious message on the valentines. “Religious beliefs are not relevant to this incident,” said Vice President of College Advancement Karen Smits in a statement. “The student was stopped by security in an area that is not for the public.” Olsen was in the General Studies Office, an area that is open to students.

Olsen has handed out valentines at NWTC since 2009. In 2014, the campus changed their policies, and she filed a discrimination report against the school. The school noted NWTC’s Public Assembly Area has been under review since October 2017. —Harvest Prude 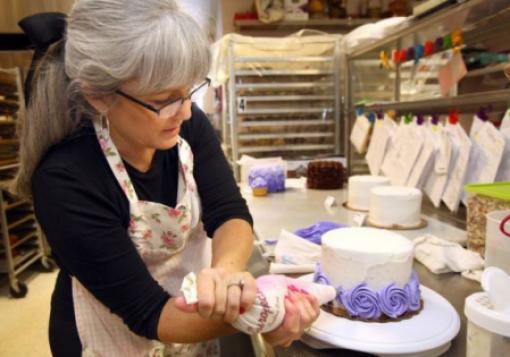 The battle goes on

Despite a favorable ruling earlier this year, Christian cakemaker Cathy Miller is still locked in an ongoing battle with California state officials, who refuse to accept that Miller acted within her First Amendment rights when she refused to make a wedding cake for a same-sex couple last year.

Miller is the owner of Tastries Bakery in Bakersfield, Calif. Last October, a same-sex couple filed a discrimination complaint against Miller after she declined to create a custom wedding cake for their wedding. California Department of Fair Employment and Housing (DFEH) officials asked for a court order to force Miller to create wedding cakes for everyone, or cease creating wedding cakes at all, a move that would mean losing 40 percent of her business.

In February, Kern County Superior Court Judge David Lampe denied the request on the grounds that forcing Miller to comply with a request that conflicted with her conscience “would do violence” to the First Amendment.

Initially, DFEH lawyers appealed the decision, then withdrew it. Wielding California’s anti-discrimination law, the Unruh Civil Rights Act, they relaunched their prosecution. In an opposition brief, state officials said they should be able to investigate Miller, her husband, and a Tastries employee, despite the court’s ruling.

Miller, defended pro-bono by the Freedom of Conscience Defense Fund (FCDF), filed a motion to enforce the court’s original ruling.

At a Sept. 5 hearing, FCDF chief counsel Charles LiMandra argued the government cannot continue to prosecute Miller: “Judge Lampe affirmed that the First Amendment protects Cathy’s right to live and work according to her religious beliefs. The government is obviously trying to punish Cathy for her faith, so we hope the judge puts an end to this vindictive witch hunt.”

A judge will likely rule in the case within the month. —H.P.

Seven anti-nuclear activists who allegedly broke into and vandalized property at the Naval Submarine Base Kings Bay in Kingsland, Ga., have claimed the Religious Freedom and Restoration Act protects their faith-based handiwork. Last month, U.S. Magistrate Judge Stan Baker rebuked the prosecution’s quick dismissal of the defense and gave both parties until Sept. 26 to determine RFRA’s applicability.

The base is home to nuclear-powered Ohio-class submarines, each with a carrying capacity of 20 nuclear ballistic missiles.

The activists, all members of Kings Bay Plowshares, a Catholic pacifist group, did not deny the allegations of conspiracy, trespassing, and destruction and depredation of government property listed in their indictment. Instead, they argued in their motion to dismiss that RFRA protected their “religious freedom to symbolic denuclearization.”

According to the indictment, the seven individuals broke into the facility on April 5 by cutting the padlock on one fence and the chain links on another before spray-painting the walls of a building and defacing a sign. The group contends nuclear weapons are “illegal and immoral,” and the money spent developing and maintaining them should instead go to the poor.

They staged a protest on the 50th anniversary of Martin Luther King Jr.’s assassination and, in another symbolic gesture, sent a letter from their Georgia prison cells to Pope Francis asking that he redouble his efforts to spread their anti-nuclear message.

The Plowshares’ “symbolic denuclearization” added at least $1,000 to the government’s expenditures at the naval base. —B.P.