Chase Windebank had to take his high school to court for the right to meet and pray with fellow students during a free period. But by the time the case was resolved, he had graduated from Pine Creek High School in Colorado Springs, Colo.

“I remember wishing I didn’t have to file a lawsuit, but after many unsuccessful meetings with the administrators, I knew it’d be the only way to solidify future students’ rights to pray,” Windebank said. On Thursday, 4½ years after his graduation, he attended a White House event at which President Donald Trump announced expanded protections for religious liberty in public schools.

The changes roll back Obama-era rules that treated religious institutions differently than their secular counterparts in federal grant-making. They also require public schools to respect the rights of students and teachers to express their faith. Nine federal agencies last week proposed new rules to protect religious organizations from unfair treatment. The Department of Education, for instance, will ensure that faith-based organizations like Christian colleges are eligible for federal grants on the same basis as similar secular groups. It also will remove a requirement that religious social services agencies refer clients to secular organizations if a patron is offended by the religious organizations’ beliefs. The U.S. Office of Management and Budget said it would restrict funds if agencies and states discriminated against religious organizations when administering federal grants.

Religious liberty advocates welcomed updated guidance on prayer and religious expression in K-12 public schools. It affirms that students can pray or read and share religious materials outside of instructional time and participate in organized prayer groups and activities—such as “See You at the Pole”—just like other extracurricular groups. Teachers and school employees also may meet before or after school or during lunch to pray or take part in religious activities. Public schools could lose federal funds if they cannot certify they have no policy preventing constitutionally protected prayer.

While religious liberty advocates cheered the new initiatives, the educational establishment was less enthused. Michael Olivas, an expert on higher education law, said religious institutions and organizations already have unwarranted preference. “If we’re out of balance, it is in the other direction,” he told Inside Higher Ed.

But Alliance Defending Freedom counsel Matt Sharp said the new initiatives do not change existing law but give it teeth.

“This new guidance ensures that people of faith don’t feel pressure from their government to change or abandon beliefs that may not be popular or that may be viewed with hostility by certain government officials,” he said. “It gives religious organizations the same freedom to thrive that other secular organizations have.”

The late U.S. Chief Justice William Rehnquist once lamented a culture that “bristles with hostility to all things religious.” The new initiatives push back, permitting space for reverence and piety to flourish and give students like Chase Windebank recourse when schools violate their constitutional right to express their beliefs. 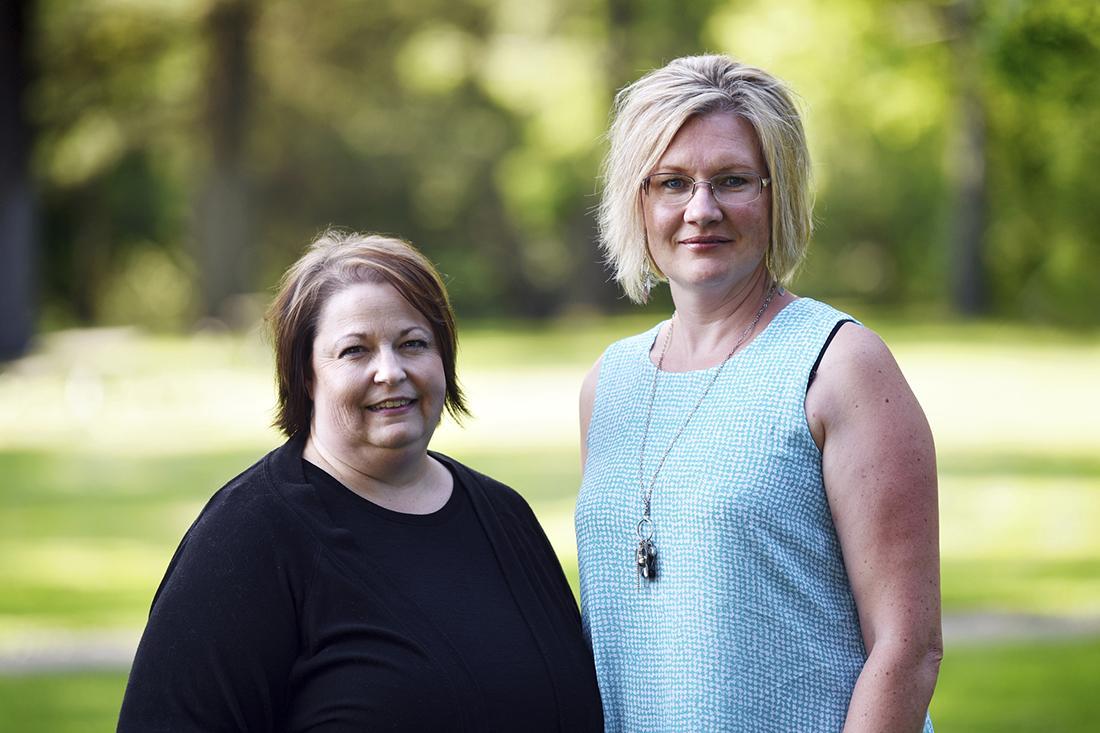 Three Montana mothers want the U.S. Supreme Court to consider whether families can use private scholarships at religiously affiliated schools. On Wednesday, attorneys for the mothers will defend a state tax-credit program designed to generate private scholarships for Montana students to attend the schools of their choice.

The court overturned the credit to stop students from taking their private scholarships to faith-based schools. The ruling claimed state tax credits at such schools violate Montana’s Blaine Amendment.

The state’s constitutional amendment forbids any direct or indirect aid to schools owned or operated by a “church, sect, or denomination.” After the Civil War, 37 states adopted Blaine amendments to ban public funding of immigrants attending Catholic schools.

In Trinity Lutheran v. Comer, the U.S. Supreme Court ruled in 2017 that the state of Missouri could not exclude churches from a program to provide grants to resurface playgrounds. A footnote stated the decision was limited to the facts of that particular case and did “not address religious uses of funding or other forms of discrimination.”

Seven of the eight justices on the court at the time supported Chief Justice John Roberts’ majority opinion in that case. Justices Neil Gorsuch and Clarence Thomas affirmed the decision despite minor objections. Espinoza would allow the court to rule more broadly on such religious discrimination. —Shayla Ashmore 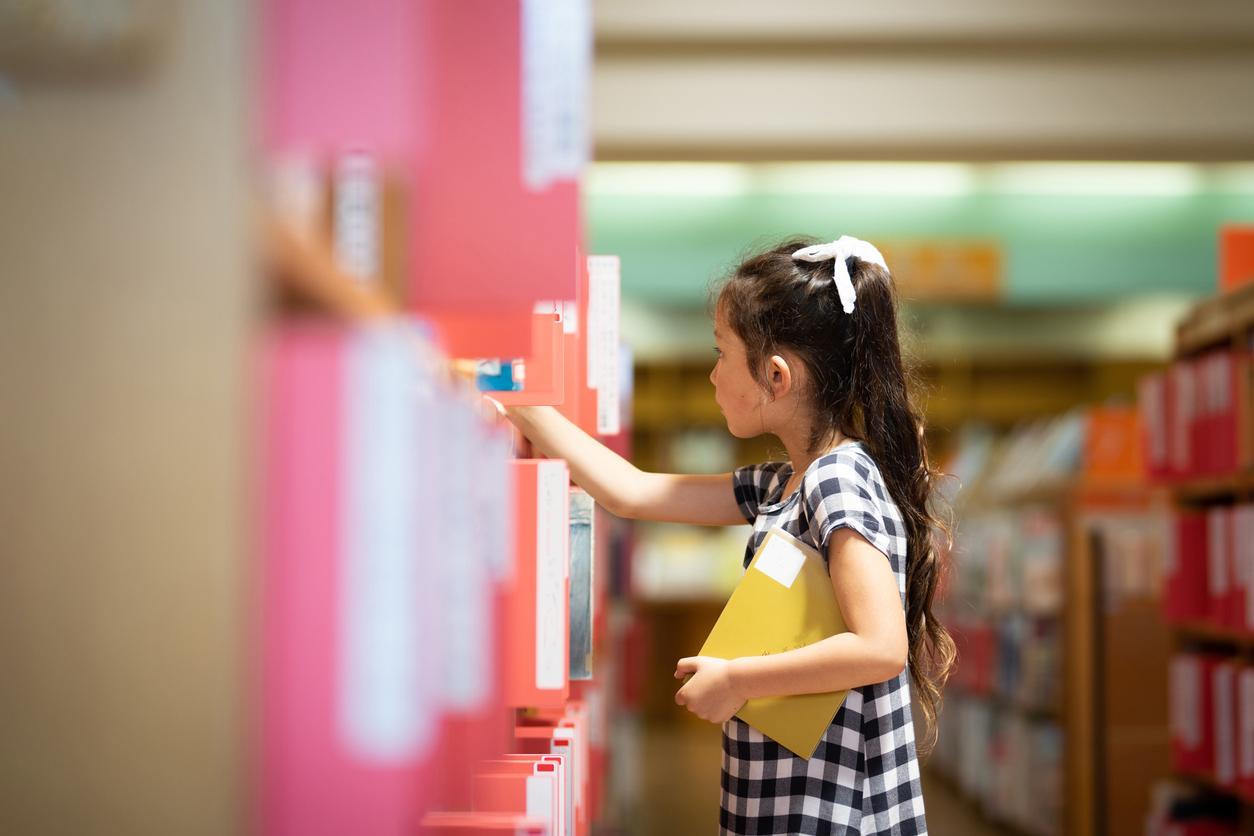 Not your parents’ library

A Missouri legislator faced accusations of censorship and “book banning” after proposing a bill to keep inappropriate sexual content out of the hands of children.

Republican state Rep. Ben Baker’s bill would withdraw state funding from public libraries that allow minors to access age-inappropriate materials. A parental review board of five adults elected from a library’s geographical area would determine the age-appropriateness of sexual content, and libraries would have to certify compliance annually. Authorities could charge employees who willfully refuse to comply with a misdemeanor.

Reaction to the bill was swift and acerbic. James Tager of PEN America, which promotes free expression through literature, called it a “shockingly transparent attempt to legalize book banning in the state of Missouri.”

“I want to be able to take my kids to a library and make sure they’re in a safe environment, and that they’re not going to be exposed to something that is objectionable,” he told KOAM-TV in Joplin, Mo. Baker said his bill does not remove library books but preserves parental control over whether their children access sexual content.

In a 2005 edition of The Chronicle of Higher Education, David Durant, a librarian at Eastern Carolina University in Greenville, N.C., lamented the liberal orthodoxy of public librarians, writing that “the library profession makes your typical Ivy League faculty look like the Heritage Foundation.”

Subsequent events have borne out his observation. Public libraries, once considered safe places for children, have in recent years pushed progressive causes, whether by advocating “radical inclusivity,” drag queen story hours, or a one-sided view of climate change. Resistance to any censorship of library materials is a part of the American Library Association’s Code of Ethics, though it contains no provision limiting access by minors to any library materials. —S.W. 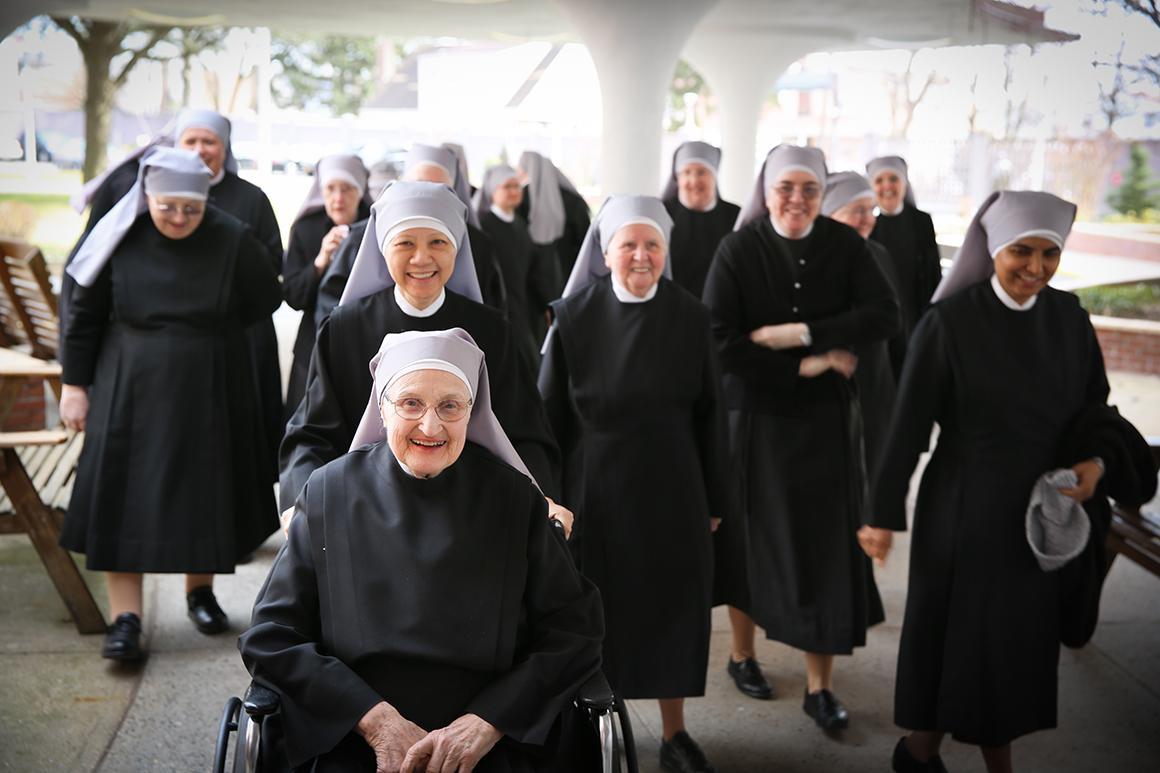 A Catholic order of nuns that ministers to the poor is back before the U.S. Supreme Court. The high court agreed late last week to hear the nuns’ challenge to the Affordable Care Act’s contraception mandate.

In 2016, the court granted Little Sisters of the Poor an exemption from the mandate requiring contraception coverage in the organization’s health insurance plans. A 2018 U.S. Department of Health and Human Services rule codified and broadened the ruling, allowing private employers with religious or moral objections to opt out of providing coverage. Little Sisters of the Poor was forced back to the court after states led by Pennsylvania and California sued to overturn the rule and won at the 3rd U.S. Circuit Court of Appeals.

“There are plenty of ways to provide people with contraceptives without forcing Catholic nuns to participate,” said Mark Rienzi, president of the legal firm Becket, which is representing Little Sisters of the Poor. “At least the Court can now bring this litigation to a permanent end.” —S.W. 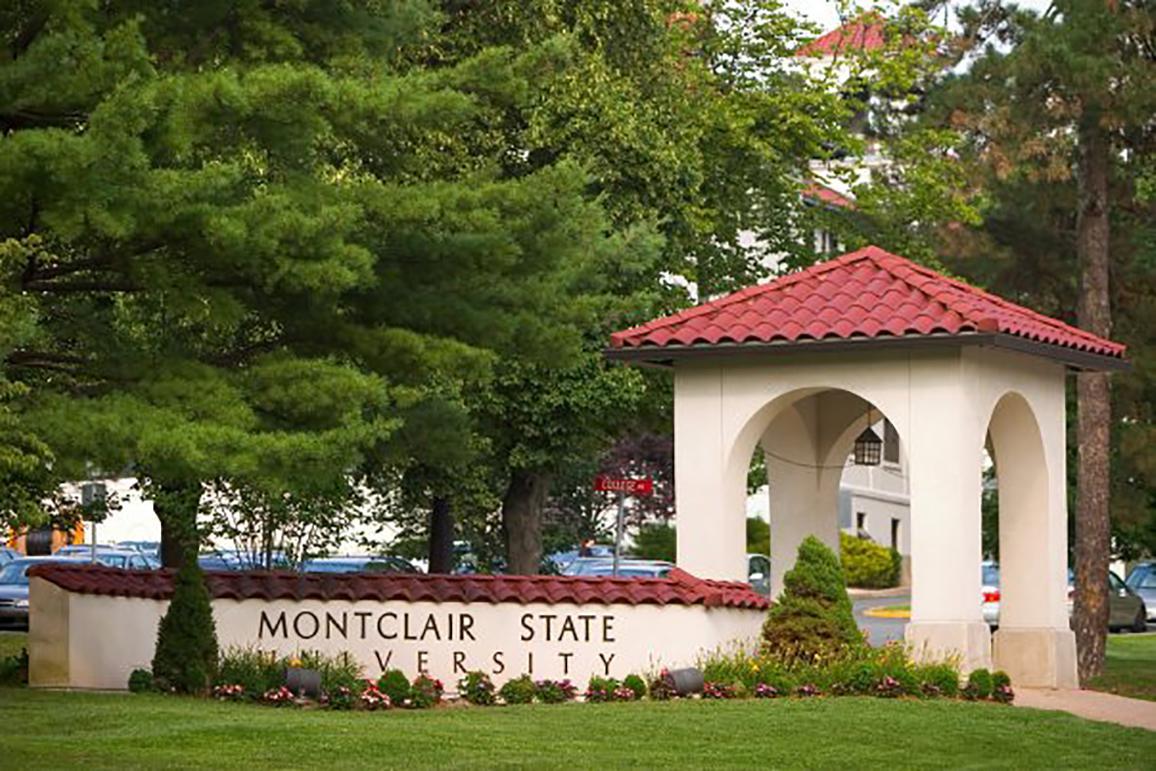 A student is suing a New Jersey university after campus police stopped a peaceful, outdoor protest of restrictive gun-free zones.

In September, Montclair State University student Mena Botros held up a sign voicing support for gun-free zones while dressed in an orange jumpsuit as a pretend criminal. His point: Restricting firearms only benefits those with malicious intent. After officials told him he needed two weeks’ advance permission to protest, Botros filed a lawsuit in U.S. District Court challenging the policy. The complaint also alleges university policy unconstitutionally gives preferential treatment to some student organizations.

“Policing peaceful student expression that the university doesn’t favor is blatantly unconstitutional and directly opposed to the mission of public universities to encourage and allow the discussion of ideas,” Ross said. —S.W. 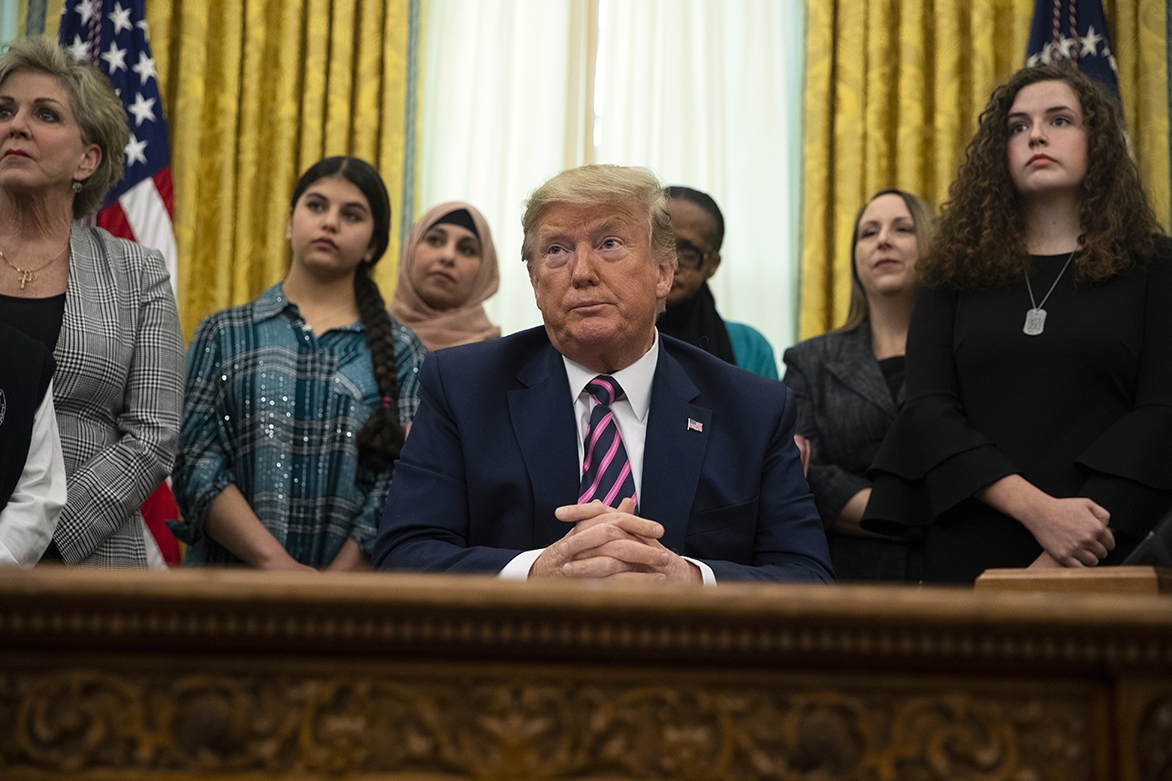