The March for Life on Jan. 19 in Washington, D.C. Facebook/Students for Life of America

High school junior Brandon Gillespie learned Friday that administrators at his school would not accommodate a pro-life student walkout the same way they did an anti–gun violence demonstration last month.

In a statement released Monday, administrators for a Northern California school district said a pro-life demonstration “is not related to school and is not viewpoint neutral,” whereas the March 14 walkout in response to the deadly shooting at Parkland High School in Florida “was organized as a remembrance activity which was considered viewpoint neutral, and it was a show of unity for students as part of a national conversation concerning school safety”

“I came right back at him [saying] the other walkout was very, very controversial,” Gillespie said. “I think everyone knows the previous walkout was for gun control. I told him it was being advertised as a gun-control walkout.”

“RHS may wish to review its policies regarding expressive activity like student walkouts, but Brandon Gillespie is going to conduct his activity in the same manner as the previous walkout and expects to be treated in the exact same manner as the students who participated in the gun walkout,” wrote Allison K. Aranda, senior staff counsel for the nonprofit law firm that defends First Amendment rights. “I am writing to you in order to ensure that Brandon’s First Amendment and Equal Protection rights are safeguarded.”

Aranda gave Stewart a deadline of 9 a.m. Tuesday to respond, warning that if Gillespie does not receive equal treatment Wednesday, “[W]e will pursue all legal remedies to protect his constitutional and civil rights.”

As of Tuesday afternoon, Stewart had not responded to the letter, according to Aranda. But Rocklin Unified School District spokeswoman Diana Capra told me the district’s legal team plans to issue a response Tuesday evening.

Spurred by Gillespie’s challenge, hundreds of students from across the country plan to walk out of their classes at 10 a.m. local time Wednesday to show their support for the lives of unborn children, Kristi Hamrick, a spokeswoman for Students for Life, told me.

Students who walk out will not face “disciplinary consequences” in the Rocklin district. But, unlike the previous protest, school administrators have not asked teachers to accommodate students by changing their lesson plans, including postponing tests.

Julianne Benzel, the Rocklin history teacher whose class discussion prompted Gillespie’s request and led to administrators putting her on a two-day paid leave of absence, said some students could be “intimidated, harassed, or penalized” by teachers hostile to the pro-life message or simply irritated by another class disruption. Or, like herself, some may believe standing up for your convictions sometimes comes with a price.

Benzel does not plan to reschedule a test she has set for Wednesday. But the students who walk out that period, including Gillespie, can choose to complete the test during study hall, she told me.

Students for Life launched a website to promote the event and provide students with signs, shirts, and even legal resources where needed. School administrators, like those at Rocklin High, have dragged out the approval process, leaving students with precious little time to promote or prepare for the event, Hamrick told me.

Gillespie, who waited until he heard from his principal before promoting the walkout at Rocklin, said he’ll give a speech, ask for a moment of silence, and hopefully close with a song like “Amazing Grace” at Wednesday’s 17-minute vigil.

Just as she did prior to the last walkout, Benzel spent a few minutes of class time Monday and Tuesday asking her students what they knew about the event. No one should walk out in ignorance, she said.

Gillespie planned the walkout to test Benzel’s question of whether the school would accommodate a student demonstration for a conservative cause. He succeeded in revealing the district’s political double standard.

“I did it for a multitude of reasons, and those included [bringing] nationwide awareness of the issue of abortion and Planned Parenthood and to inspire students to stand up for what they believe in,” he said. 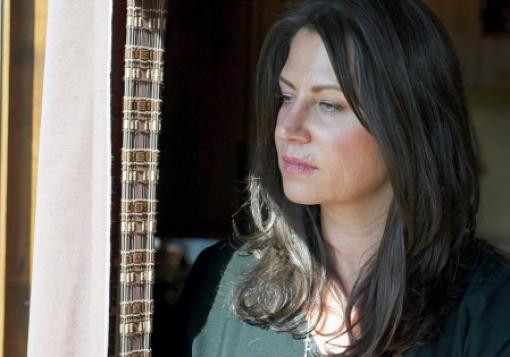 How far is too far in a war of words? A federal magistrate judge in Montana will decide a case involving white supremacists, a Jewish real estate agent, a mountain tourist town, a dispute that turned venomous, and a state law that may conflict with the First Amendment of the U.S. Constitution.

Whitefish, Mont., draws its livelihood from outdoor enthusiasts. The area also draws white nationalists whose unwanted affiliation with the town has become a source of tension. That came to a head in 2016 after a she-said-she-said disagreement between local realtor Tanya Gersh, who is Jewish, and Sherry Spencer, mother of white supremacy leader Richard Spencer.

In a publication he produces, white nationalist Andrew Anglin accused Gersh of pressuring Sherry Spencer to sell a building in downtown Whitefish by telling her it would quell local tension. Anglin told readers, “Let’s Hit Em Up. Are y’all ready for an old-fashioned Troll Storm?” and published Gersh’s phone number and email address. Hundreds of dark, threatening messages ensued, many relating to the Holocaust.

In a motion to dismiss the case, Anglin’s attorney, Marc Radazza, said Anglin cannot be held responsible for others’ actions, and verbal assault “does not fall into any category of speech unprotected under the First Amendment.” —B.P. 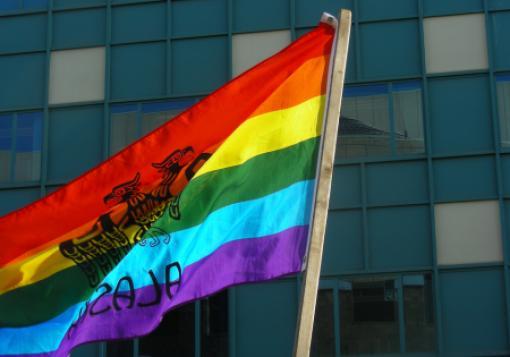 Voters in Anchorage, Alaska, rejected a proposition that would make biology, not gender identity, the determining factor for which public restroom and single-sex intimate space a person uses. Privacy advocates petitioned to get Proposition 1 on the ballot, and LGBT activists poured about $900,000 into a campaign to defeat it.

“This campaign was always an uphill battle for us,” Jim Minnery, president of the Alaska Family Council, told supporters in an email following last Tuesday’s election. “The opposition benefitted from massive amounts of funding from out-of-state LGBT lobby groups. We were outspent by a margin of at least 6-to-1.”

Passage of Proposition 1 would have rolled back the portion of the city’s 2015 nondiscrimination ordinance that gives transgender people access to the private facilities of their choice. Supporters of the measure pointed to an incident in late January when a man who identified himself as a woman demanded entrance to a local shelter for homeless women run by Christians. Staff turned him away, and he filed a complaint with the city.

But the incident failed to get the publicity it should have, Minnery told me.

“It certainly would have been more impactful had the local news done their job and not catered to the LGBTQ activists,” he said.

With the law still in place, the shelter, operated by several local churches, faces a hearing this month to defend its refusal to allow a biological man in a shelter housing vulnerable, abused women. —B.P.

Kentucky clerk back in court

In an on-again, off-again lawsuit, the case is on again for Rowan County, Ky., clerk Kim Davis, who was briefly jailed in 2015 for not issuing marriage licenses to same-sex couples because it violated her belief in Biblical marriage between one man and one women. Two same-sex couples sued, but the case was dismissed after the legislature passed a law protecting the religious convictions of public officials. The cases have been reinstated, and Davis’ attorneys filed briefs April 5 in the 6th U.S. Circuit Court of Appeals. —B.P.