A health worker (center) hands out leaflets on how to guard against the new coronavirus in Lagos, Nigeria, on Tuesday. Associated Press/Photo by Sunday Alamba

ABUJA, Nigeria—As lockdowns began this week to slow the spread of COVID-19 in Nigeria, one megachurch near the capital city donated hospital beds, diagnostic sets, sanitizers, oxygen and regular face masks, and other items to health officials.

“We are not just going to pray and trust in God to save us, but we must come out to support the constituted authorities,” said Paul Eneche, senior pastor of the Dunamis International Gospel Centre in Abuja.

Churches and mission groups across Africa are turning their attention to the fight against the new coronavirus. In western Kenya, Houston-based Living Water International, which has formed partnerships with local churches to provide access to clean water while sharing the gospel, has continued its water, sanitation, and hygiene (WASH) program.

Maitabel Okumu, an Africa program specialist with the group, said it has a COVID-19 guide fluent in Swahili to help church leaders encourage their members and educate them on the virus. Translators are working on similar efforts in other communities across the continent. Kenya has at least 81 cases of the coronavirus so far. Health Ministry Director-General Patrick Amoth on Monday said the country could record up to 10,000 cases by the end of April and urged Kenyans to remain vigilant.

In Sierra Leone, where officials recorded the first two cases of COVID-19 this week, Living Water delivered sanitizers and other emergency supplies to church communities. In Ghana, the Presbyterian church in North Kaneshie provided food and hand sanitizers to more than 300 needy people, hoping to encourage them to stay home. The country has counted more than 195 cases. As the number of infections in the country rose to 10 in Mozambique, Grace Missions, which runs an annual conference for church leaders and a Christian bookshop, offered its uncommissioned, 32-bed surgical hospital and two respirators to aid the response in Nampula province.

Hannah Malone, an administrative staff member with the group, said officials from the provincial health department visited the facility this week to inspect it and see if it would work as the city’s treatment base: “We want to be helpful to people around us with our resources.”

As international groups rally to help Africa during the pandemic, they also are condemning some government responses to the threat. Police officials in Kenya have used batons to beat people and fired tear gas at several others who violated the lockdown. On Monday, a 13-year-old boy died after a police officer enforcing a curfew fired his gun in a crowded neighborhood and struck him as he stood on a balcony.

Otsieno Namwaya with Human Rights Watch said authorities should respect the law and abstain from abuse, “otherwise, excess use of force could undermine government’s ability to win popular support and cooperation in an effort to control the spread of the virus.” 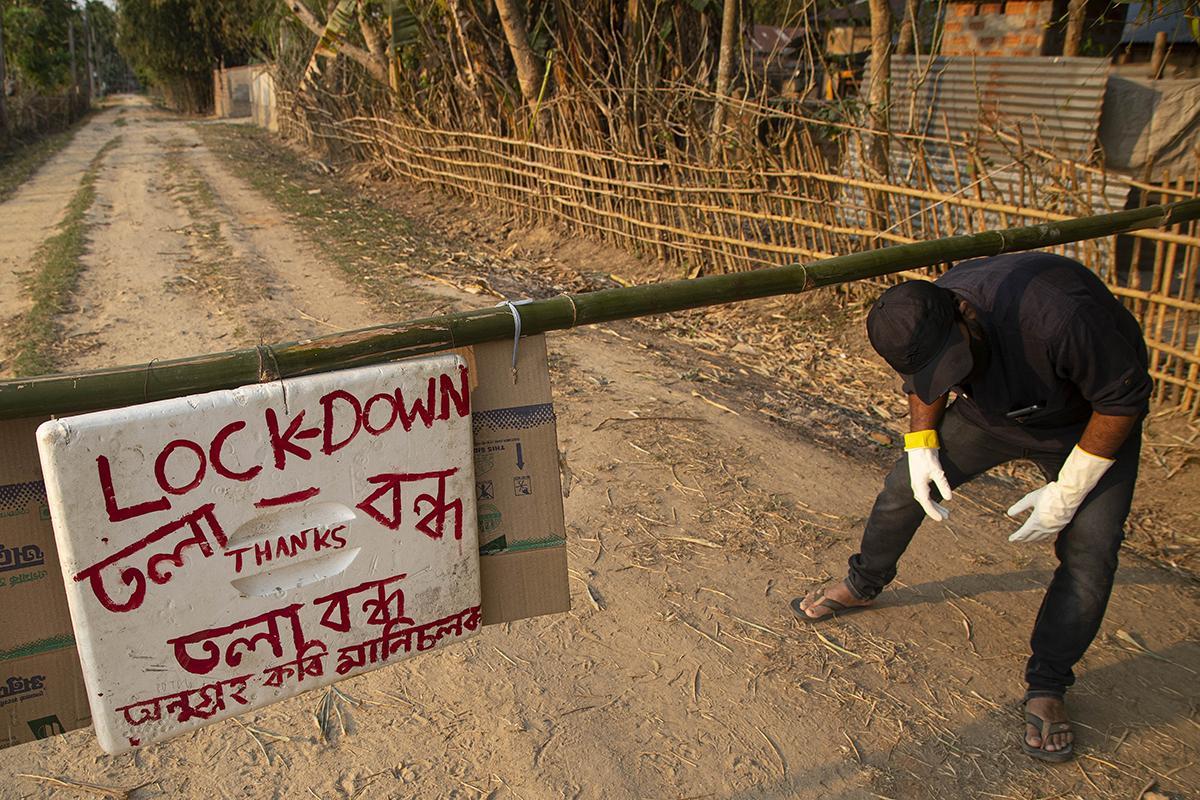 India’s Christians are offering the use of hospitals and trained staff to take care of coronavirus patients. A Catholic media group is also raising money to feed the suffering homeless.

The Coalition for Christian Health offered to work with Prime Minister Narendra Modi’s government to supply 1,000 hospitals and 60,000 beds, the Union of Catholic Asian News reported. It has Catholic and Protestant healthcare facilities across India, including in rural villages, with 1,000 doctors and 50,000 nurses.

“The Christian community always stood in the forefront to fight any national calamity or crisis, and COVID-19 is no exception,” said the Rev. George Kannanthanam, a coalition official.

With the nation on lockdown, India’s homeless are going hungry. Atmadarshan TV launched a “feed a stomach” campaign to raise funds. The Catholic channel sends out volunteers daily with food in central India.

“This has created a serious survival problem for the thousands of abandoned who are dependent on alms for their sustenance,” the Rev. Anand Chirayath said. —Julia A. Seymour 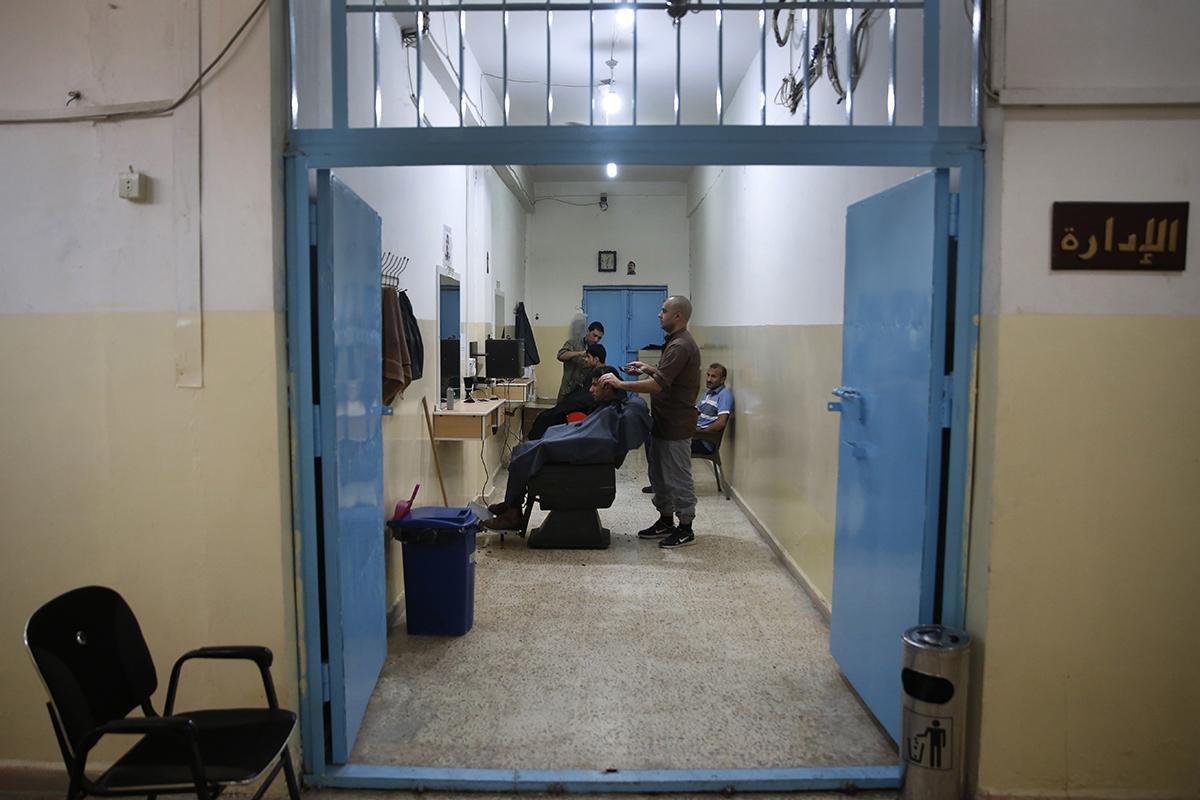 At least four members of Islamic State (ISIS) escaped from a Syrian prison during a riot on Sunday. Inmates at the Ghweran prison, which is run by the U.S-backed Syrian Democratic Forces, held banners calling for authorities to respect their human rights. It remains unclear whether the pandemic sparked the unrest.

Mustafa Bali, a spokesman for the SDF, said the prisoners seized control of the first floor, where they tore down internal walls and damaged doors.

The SDF is still holding about 12,000 ISIS fighters in overcrowded prisons and camps across the northeastern territory since the extremist group lost control of its stronghold last year. Ghweran houses at least 3,000 inmates, a majority of whom are suspected foreign fighters. —O.O. 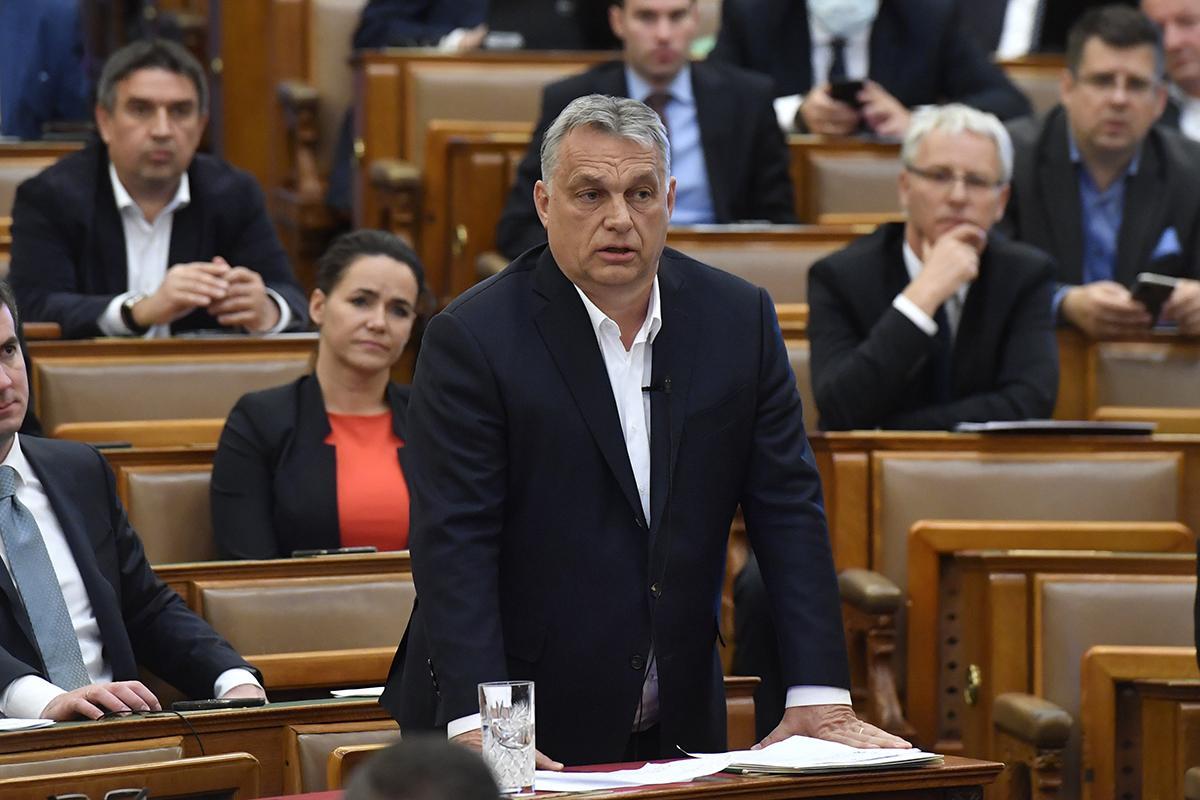 The Hungarian National Assembly on Monday passed a law granting emergency powers to Prime Minister Viktor Orban during the coronavirus pandemic. The changes will allow him to lead by decree indefinitely. In addition, people who hinder efforts to curb the outbreak or spread false information can face up to five years in prison. “When this emergency ends, we will give back all powers, without exception,” Orban said during the vote.

Critics called it a power grab. European Commission President Ursula von der Leyen on Tuesday urged all bloc members to limit emergency measures to what is strictly proportionate, although she did not mention Hungary: “It is of utmost importance that emergency measures are not at the expense of our fundamental principles and values as set out in the treaties.” —O.O.

Authorities in Turkmenistan have not confirmed any cases of coronavirus and are banning people from acknowledging the pandemic. Turkmenistan Chronicles reported the government has not mentioned “coronavirus” in official documents. It has replaced the word with “illness” and “acute respiratory diseases” in health information brochures in schools, offices, and hospitals. Plainclothes police officers are arresting people who wear face masks or talk about the pandemic in public, according to correspondents in the capital city of Ashgabat. Countries bordering Turkmenistan, including Uzbekistan and Afghanistan, have recorded multiple cases of COVID-19. Turkmenistan is ranked last in the Reporters Without Borders press freedom index. —O.O.

Greek authorities arrested a Syrian man last week for smuggling 12 Egyptians into the country during coronavirus restrictions. Police said the 22-year-old suspect failed to stop for a police check and engaged authorities in a car chase. They found 12 teenagers between the ages of 15 and 17 hidden in the van. The migrants said they arrived at the Greek border after traveling by sea to Albania. Officials charged the Syrian man with illegally transporting migrants, theft, dangerous driving, and refusing to stop for a police check. He also received a $160 fine for violating coronavirus lockdown orders. —O.O.