Left out in the cold?

Kendra Espinoza (center) with her daughters Naomi and Sarah outside the U.S. Supreme Court in Washington on Wednesday Associated Press/Photo by Jessica Gresko

It’s a long way from snowy Kalispell, Mont., to Washington, D.C, but for Kendra Espinoza and her daughters Naomi and Sarah, the trip to the U.S. Supreme Court last week was worth it.

Espinoza, along with two other Montana mothers of school-age children, Jeri Anderson and Jaime Schaefer, sued the state after its revenue department ruled that taxpayer-funded scholarships could not be used at religious schools. The three families made use of a Montana program that gave residents a $150 tax credit for contributions to a scholarship fund that allowed students to attend a private school of their families’ choice. Espinoza, a single mother, relied on the scholarship to help pay for her two daughters to attend Stillwater Christian School in Kalispell. They transferred there about four years ago after they had problems in their public school.

The Montana Supreme Court invalidated the program based on the state’s Blaine Amendment, which bars public funds from going to an organization “controlled in whole or in part by any church, sect, or denomination.”

The U.S. Supreme heard arguments in the case on Wednesday.

“This case has major implications for religious liberty,” Becket senior counsel Diana Verm said. “The court could address the constitutionality of Blaine amendments, which are archaic laws originating during a time of extreme Catholic prejudice in the 19th century.” She added that nearly 40 states instituted the amendments to try to restrict Catholic influence in predominantly Protestant public schools.

Verm, who wrote a friend-of-the-court brief supporting Espinoza, said Blaine amendments are now used to discriminate against any religion in the context of education, “limiting school choice for low-income and minority children, children living in remote rural areas, and children with special needs.”

Wednesday’s arguments centered on the reach of the Supreme Court’s 2017 decision in Trinity Lutheran Church of Columbia Inc. v. Comer. A seven justice majority decided a Missouri program that provided funds to qualifying organizations to resurface playgrounds with recycled tires could not deny a grant to a church school simply because it was religious. Like Montana, Missouri cited a Blaine Amendment when it initially rejected a church’s application to the program. The court qualified its decision in a footnote, limiting the ruling to the facts of the case in Missouri.

Chief Justice John Roberts, who wrote the majority opinion and the footnote, was more straightforward during oral arguments in the Montana case. When lawyers for the state argued it had not discriminated since it shut down the entire scholarship program rather than only blocking funds to religious schools, Roberts posed a hypothetical: What if a Jim Crow–era public pool just closed down after being challenged for banning African Americans, rather than opening to everyone? That forced Montana’s attorney to admit the repugnance of such a practice, Roberts pressed: “How is that different than religion, which is also protected under the First Amendment?”

The justices also did not appear to be receptive to the state’s argument that a 1972 Montana constitutional convention “cured” the Blaine Amendment of its discriminatory intent. Justice Brett Kavanaugh noted the amendments had historic roots in “grotesque religious bigotry against Catholics.”

Some court observers foresee a 5-4 decision in favor of the Montana mothers, with Roberts as the swing vote and liberal justices voting for the state on a technicality—the mothers’ lack of standing. If the high court upholds the scholarship, it might not end the debate over school voucher programs or other public funds flowing to religious schools. But, Verm said, “It would make clear that in conversations about school choice, religious schools get a seat at the table and can’t be left out in the cold and excluded from government programs just because they are religious.”

That would be good news for three mothers from Montana. 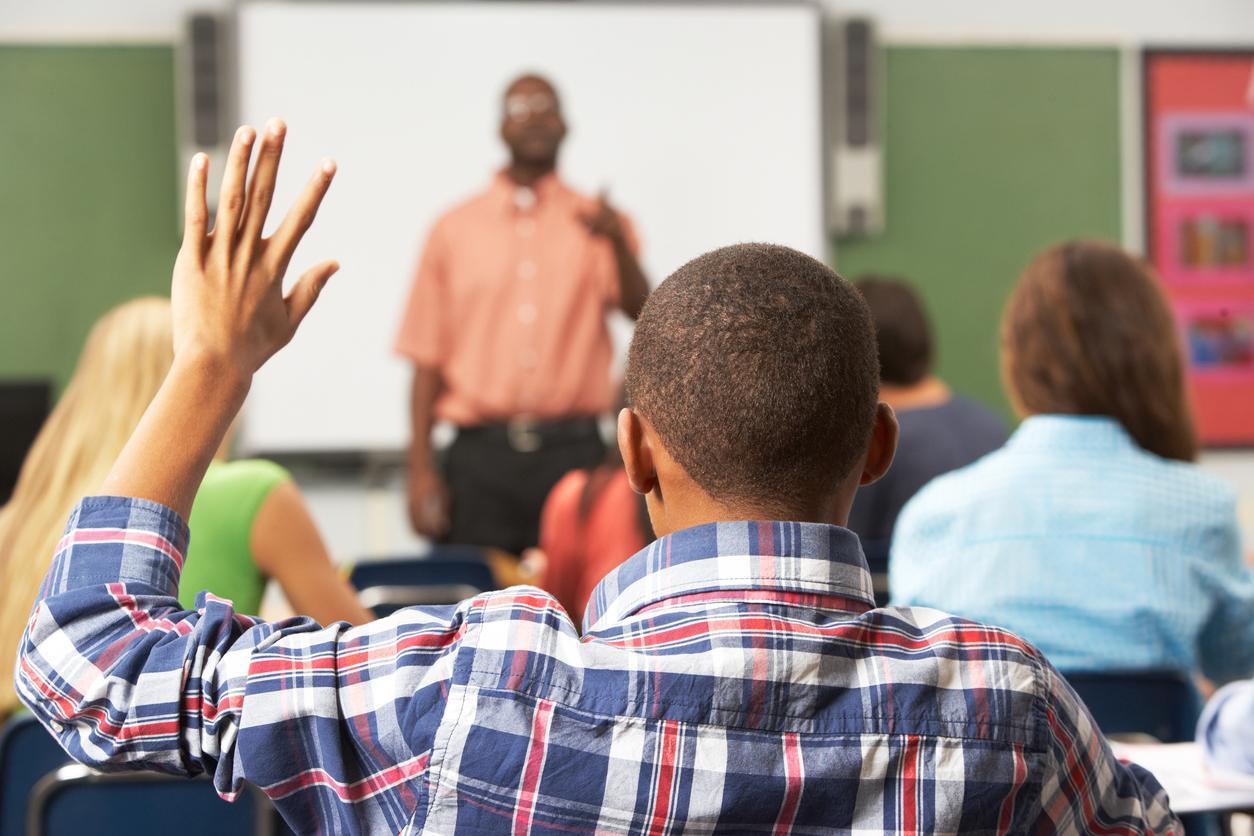 “Instead of equal treatment, many schools have treated students’ religious speech like dangerous asbestos—to be cordoned off and eliminated from our schools,” said Jeremy Samek, senior counsel for ILC. He pointed to the Pine-Richland and Wilkinsburg school districts, both near Pittsburgh, which effectively forbid students from saying that their religious viewpoints are correct—even while allowing speech asserting the superiority of a political idea, environmental policy, or football team.

Samek said school administrators and teachers should view religious expression by students as a teaching opportunity: “You can disagree about things that are very important to you, but students can be taught that you can do this in a civil and loving and respectful way.”

The letters asked the schools to immediately cease enforcement of unconstitutional policies, remove the offending language, and enact new policies by April 1.

Samek said responses from the school districts so far are encouraging. —S.W. 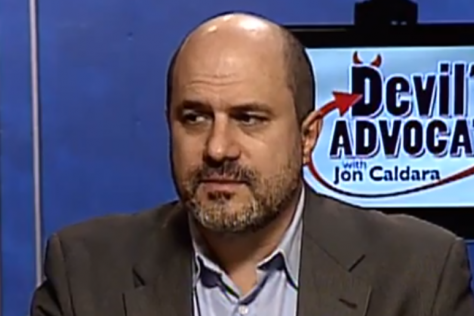 The Denver Post fired a popular columnist last week for stating the obvious: Sex is binary.

The Colorado newspaper, which has suffered from a shrinking readership and cuts in staff, last week booted Jon Caldara, its best-read writer in 2016, after he wrote a column criticizing Colorado Democrats for a lack of transparency in hospital billing and their sex education curriculum. “Democrats … don’t want education transparency when it comes to their mandate to convince your kid that there are more than two sexes, even if it’s against your wishes,” Caldara wrote.

The libertarian and supporter of same-sex marriage told an alternative newspaper in Denver he believes an earlier column is what initially got him in hot water with his editor. On Jan. 3, Caldara argued that The Associated Press Stylebook, a spelling and grammar manual for journalists, promoted a liberal bias by updating its style guidance to say gender is no longer binary.

“There are only two sexes, identified by an XX or XY chromosome,” Caldara wrote. “That is the very definition of binary. The AP ruling it isn’t so doesn’t change science. It’s a premeditative attempt to change culture and policy. It’s activism.”

(Editor’s note: WORLD uses AP style but makes exceptions when it differs from a Christian worldview.)

Caldara’s voice won’t be silenced: The president of the Independence Institute think tank and host of Devil's Advocate With Jon Caldara on Colorado Public Television will now write columns for Colorado Politics and The Gazette in Colorado Springs. —S.W. 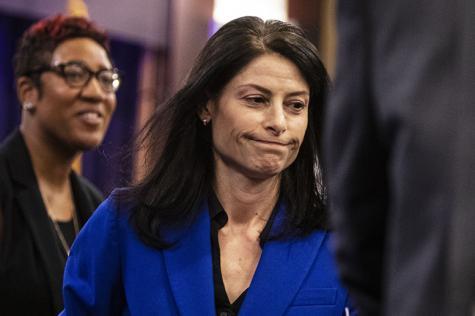 Michigan Attorney General Dana Nessel, a Democrat, is under fire from an Ann Arbor religious liberty group that accuses her Hate Crimes Unit of targeting organizations that oppose her personal ideology on same-sex marriage.

The Church Militant, a Catholic advocacy group that supports a Biblical definition of marriage, on Jan. 9 filed a lawsuit in the Michigan Court of Claims alleging that Nessel withheld documents in violation of the state’s Freedom of Information Act. The organization sought information about Nessel’s investigation into whether to designate it as a hate group.

Nessel is leading an effort to bar religious child-placing agencies from the state’s foster care program if they decline to serve same-sex couples. A U.S. District judge last year blocked the state from enforcing rules discriminating against the agencies, noting Nessel’s statements about St. Vincent Catholic Charities “raise a strong inference of hostility toward a religious viewpoint.” —S.W.