Learning from our bodies

What does it mean to bear the image of God?

Three decades ago wordsmith Philip Yancey turned theological reflections by Dr. Paul Brand, an innovator in treating leprosy, into two short books. Last year, InterVarsity Press combined the two into one book, Fearfully and Wonderfully. Brand brilliantly describes how human traits decried by evolutionists—why does God have us feel so much pain?—are actually lifesavers. Here’s part of Chapter 1, courtesy of InterVarsity Press and Hodder & Stoughton. It was a runner up for WORLD’s 2019 Book of the Year in the science category. —Marvin Olasky

A curtain screened my group of interns and medical students from the rest of the forty-bed ward at a training hospital in Vellore, India. Activity throbbed in the ward: nurses tending to other patients, families bringing in home-cooked food. Inside the curtain, though, we were giving full attention to our young colleague as he made a diagnosis.

He was half-kneeling, in the posture I had taught him, with his warm hand slipped under the sheet and resting on the female patient’s bare abdomen. While his fingers probed gently for telltale signs of distress, he pursued a line of questioning that showed he was weighing the possibility of appendicitis against an ovarian infection. Suddenly something caught my eye—a slight twitch of movement on the intern’s face. Was it the eyebrow arching upward? A vague memory stirred in my mind, but one I could not fully recall.

The intern’s questions were leading into a delicate area, especially for demure Hindu society. Had she ever been exposed to a venereal infection? He looked straight into the woman’s eyes as he questioned her in a soothing tone of voice. Somehow his facial expression combined sympathy, inquisitiveness, and warmth. His very countenance coaxed the woman to put aside the awkwardness and tell us the truth.

At that moment my memory snapped into place. Of course! The left eyebrow cocked up and the right one trailing down, the head tilted to one side, the twinkling eyes, the wry, enticing smile—these were unmistakably the features of Professor Robin Pilcher, my old chief surgeon in London. I sharply sucked in my breath.

Startled by my reaction, the students all looked up. I could not help it, for it seemed as if the intern had studied Professor Pilcher’s mannerisms and was now replicating them in an acting audition. I had to explain myself. “That is the face of my old chief! What a coincidence—you have exactly the same facial expression even though you’ve never been to England and Pilcher has never visited India.”

At first the students stared at me in confused silence. Finally, two or three of them grinned. “We don’t know any Professor Pilcher,” one said. “But, Dr. Brand, that was your expression he was wearing.”

Later that evening, alone in my office, I reviewed my time under Pilcher. I had learned from him many techniques of surgery and diagnostic procedures. Evidently, he had also imprinted his instincts, his expression, his very smile, in a way that could be passed down to others. It was a kindly smile, perfect for disarming a patient’s embarrassment in order to tease out important clues.

Now I, Pilcher’s student, had become a link in the human chain, a carrier of his wisdom to students some nine thousand miles away. The Indian intern, young and brown skinned, speaking in Tamil, had no obvious resemblance to Pilcher or to me. Yet he had conveyed the likeness of my old chief so precisely that it had transported me back to university days with a start. The experience in that ward gave me a crystalline insight into the concept of “image.”

In modern times the word image may connote nearly the opposite of its original meaning. Today, a politician hires an image-maker, a job applicant dresses to present an image of confidence and success, a corporation seeks just the right image in the marketplace. I wish to return to the word’s original meaning: a true likeness, not a deceptive illusion.

Think of a ten pound bundle of protoplasm squirming fitfully in a blanket. The baby’s father weighs twenty times as much, with his body parts in different proportions. Yet the mother announces proudly that the baby is the “spitting image” of his father. A visitor peers closely. Yes, a resemblance does exist, evident now in a dimple, slightly flared nostrils, a peculiar earlobe. Before long, mannerisms of speech and posture and a thousand other mimetic traits will bring the father unmistakably to mind.

In modern times the word image may connote nearly the opposite of its original meaning.

Such usages of image—a baby, a professor’s facial expression—shed light on a mysterious phrase from the Bible: the image of God. That phrase appears in the very first chapter of Genesis, and its author seems to stutter with excitement, twice repeating an expression from the preceding verse:

So God created human beings in his own image.

In the image of God he created them;

male and female he created them. (Genesis 1:27 NLT)

The very first humans received the image of God, and in some refracted way each one of us possesses this sacred quality.

After each stage of creation, God pronounced it “good.” Still, something was lacking until God decided, “Let us make human beings in our image, to be like us” (Genesis 1:26 NLT). Among all earthly creatures, only humanity receives the image of God. But how can visible human beings express a likeness to God, who is invisible spirit?

We share with the animals a body composed of bone, organs, muscle, fat, and skin—and in truth, we fall short compared to the abilities of some animals. A horse easily outruns us; a hawk sees far better; a dog detects odors and sounds imperceptible to us. The sum total of our sheer physical qualities is no more godlike than a cat’s. And yet, we are made in God’s image, with our bodies serving as its repository.

Like a growing child absorbing traits from his parents, like a student learning from his professor, we can take on God’s qualities—compassion, mercy, love, gentleness—and express them to a needy, broken world. As spirit, God remains invisible, relying on us to make that spirit visible.

It is a supreme mystery that God has chosen to convey likeness through millions of ordinary people like us. We bear that image collectively, as a Body, because any one of us taken individually would present an incomplete image, one partly false and always distorted, like a single glass chip hacked from a mirror. Yet in all our diversity we can come together as a community to bear something of God’s image in the world.

Learning from the Body

I close my eyes, blocking the view outside. Barefoot, I am wiggling the small bones in my right foot, half the width of a pencil and yet strong enough to support my weight in walking. I cup my hand over my ear and hear the familiar “seashell” phenomenon, actually the sound of blood cells rushing through the capillaries in my head. I stretch out my left arm and try to imagine the chorus of muscle cells expanding and contracting in concert. I rub my finger across my arm and feel the stimulation of touch cells, 450 of them packed into every one-inch-square patch of skin.

Inside, a multitude of specialized cells in my stomach, spleen, liver, pancreas, and kidneys are working so efficiently that I have no way of perceiving their presence. All the while, fine hairs in my inner ear monitor a swishing fluid, ready to alert me if I suddenly tilt off-balance.

When my cells work well together, I’m hardly conscious of their existence. Instead, I feel the composite of their activity known as Paul Brand. My body, composed of many parts, is one. And that is the root of the analogy we shall explore.

When my cells work well together, I’m hardly conscious of their existence.

I picture the human body as a community made up of individual cells. The white blood cell, for example, closely resembles an amoeba, though it possesses far less autonomy. A larger organism determines its duties, and it must sometimes sacrifice its life for the sake of that organism. Yet the white cell performs a singularly vital function. The amoeba flees danger; the white cell moves toward it. A white cell can keep alive a person like Newton or Einstein—or you and me.

The cell is the basic unit of an organism; it can either live for itself, or it can help form and sustain the larger being. The same principle applies to human groups, such as neighborhood communities and even nations.

The apostle Paul explored this analogy in 1 Corinthians 12, a passage that compares the church to the human body. His analogy takes on even more meaning to me because I deal with the body’s cells every day. Following Paul’s analogy, I augment it like this:

That analogy conveys a more precise meaning to me because though a hand or foot or ear cannot have a life separate from the body, a cell does have that potential. It can live in the body as a loyal member, or it can cling to its own autonomy. Some cells do enjoy the body’s benefits selfishly while maintaining complete independence—we call them parasites or cancer cells. From the human body, we learn important lessons on how to bear God’s image.

Taken from Fearfully and Wonderfully by Dr. Paul Brand and Philip Yancey. Copyright (c) 2019 by Philip Yancey and the Children of Paul and Margaret Brand. Used by permission of InterVarsity Press (Downers Grove, IL, USA) and Hodder & Stoughton (London, UK). www.ivpress.com and https://www.hodder.co.uk/ 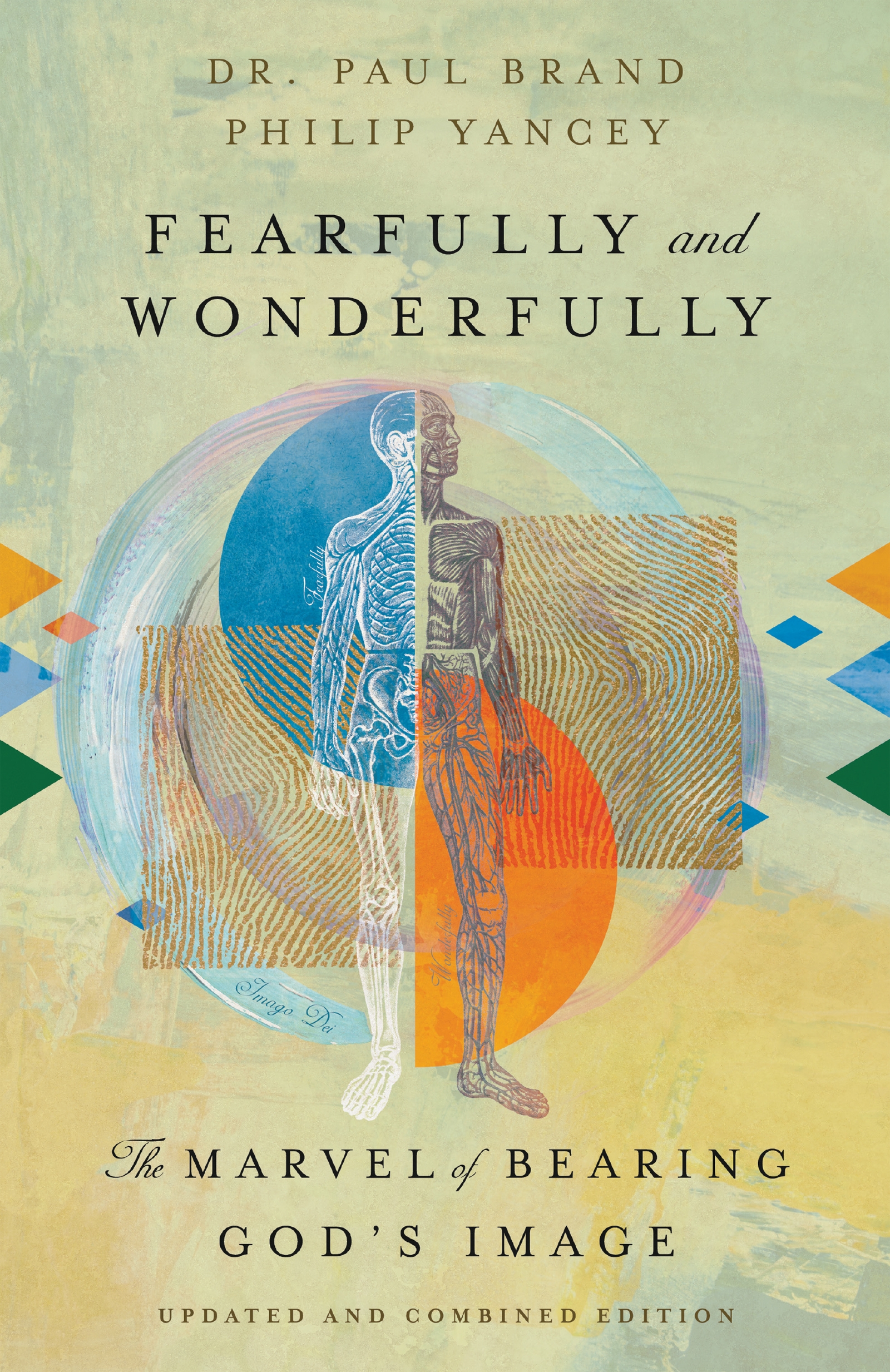 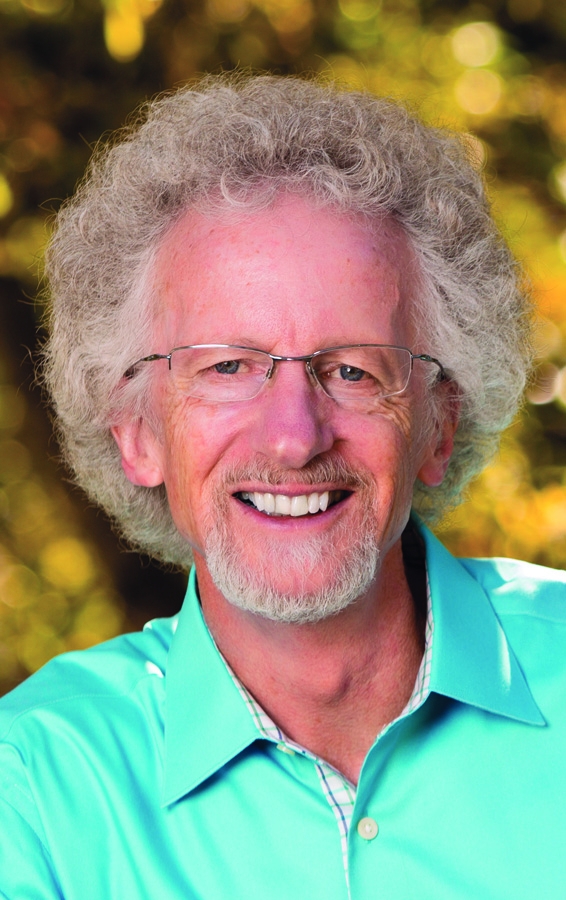 Paul Brand Dr. Paul Brand grew up in India, studied medicine in London, and practiced orthopedic surgery in India and the United States. He achieved world renown for his innovative techniques in the treatment of leprosy. Before his death in 2003, he received many honors, including the prestigious Albert Lasker Award and appointment as Commander of the Order of the British Empire.

Philip Yancey Philip Yancey has written twenty-five books, published in over forty languages worldwide. They have garnered thirteen Gold Medallion Awards from Christian publishers and booksellers. Yancey worked as a journalist in Chicago for some twenty years, editing the youth magazine Campus Life while also writing for a wide variety of magazines including Reader’s Digest, Saturday Evening Post, National Wildlife, and Christianity Today.
COMMENT BELOW