Debates about efficacy have prompted a deeper question: Should the president have the power to order such an attack without congressional knowledge? Some lawmakers say no and are working to make it harder for the president to take similar action in the future.

This week, Sens. Bob Corker, R-Tenn., and Tim Kaine, D-Va., introduced a new version of the Authorization for Use of Military Force. The bill would replace the “blank check” past presidents have “stretched to justify wars against multiple terrorist groups in over a dozen countries,” Corker and Kaine said in a news release.

After 9/11, Congress gave President George W. Bush broad powers to quickly carry out strikes against the fast-moving Taliban. But Republicans and Democrats alike hesitate to see that same power in Trump’s hands, under different circumstances and with a different enemy.

If Congress passes the new authorization, Trump would not be able to order the same kind of airstrikes against a government target without telling lawmakers first.

While the Syrian strikes might have made a point about Western anger over Bashar al-Assad’s use of chemical weapons, they did little to stymie his reign of terror.

Firas Maksad, director of the Arabia Foundation, told the BBC that the strikes were so limited they would not change much in the short term. He also claimed they didn’t deplete Assad’s stockpile of chemical weapons, noting chlorine, the substance believed used in the April attack, remains widely available.

Maksad and others also point out most of Assad’s attacks on civilians don’t involve chemical weapons—but conventional bombs and missiles.

Michael Eisenstadt, a military and security expert with The Washington Institute, told C-SPAN that chemical weapons really aren’t that important to Assad’s military. He continues to use them “just because he can, to show that he can.”

As for last weekend’s airstrikes, Eisenstadt questioned how they fit in wider U.S. foreign policy goals: “I don’t see how it contributes to our broader goals of defeating ISIS, stabilization. Large parts of our strategy are unformed.” 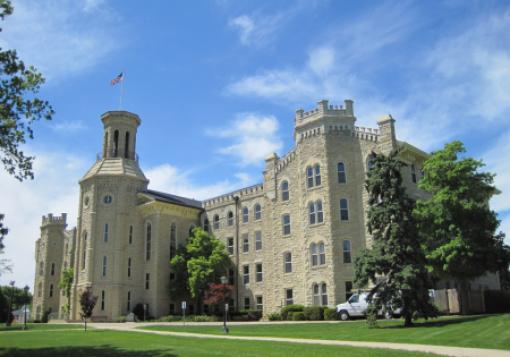 On the heels of an announcement about a group of evangelical leaders planning a pep rally for President Donald Trump later this year, another group of Christian leaders held a very different kind of meeting Monday and Tuesday at Wheaton College near Chicago. And this gathering was not about the president, according to participants, despite media reports to the contrary.

Participants described the private gathering to me as a time of reflection, discussion, and even lament—a time for individual and collective soul-searching about what it means to be an evangelical in the Trump era.

About 81 percent of self-described white evangelicals who voted in the 2016 election cast ballots for Trump, despite comments and behavior antithetical to Christian family values. Trump supporters dismiss criticism, often drawing comparisons between the president and King David. But such unwavering support for the president doesn’t sit well with many evangelical leaders.

About 50 evangelical leaders attended the two-day, invitation-only event organized by Doug Birdsall, honorary co-chairman of The Lausanne Movement. Although held at Wheaton, home of the Billy Graham Center, the famed evangelist’s son Franklin didn’t make the guest list. Neither did other openly pro-Trump evangelical leaders. (Organizers declined to release the full guest list, citing a desire to protect participants’ privacy.)

Despite attempts to distance the gathering from the White House, the president featured prominently in Monday’s opening discussion.

“How could white Christians mourn the deaths of the Charleston Nine but politically support a presidential candidate who appeals to the ideology held by the Charleston murderer?” Bishop Claude Alexander, an African-American and senior pastor of The Park Church in Charlotte, N.C., asked during an opening discussion clearly focused on political polarization and race relations within the church as a result of Trump’s candidacy. —L.F. 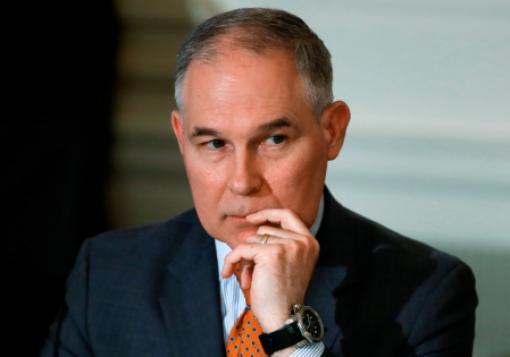 Several Washington watchdogs are sniffing through the expenses of Environmental Protection Agency Administrator Scott Pruitt, who has spent big bucks on travel and office accommodations he calls necessary for security. The Government Accountability Office (GAO) reported this week that Pruitt spent $43,000 on a soundproof privacy booth for his office. The EPA previously said Pruitt needed the privacy booth to make secure phone calls with President Donald Trump and other senior administration officials without fear of eavesdropping. But the EPA did not inform Congress of the expenditure, as it is required to do when it spends more than $5,000 on redecorating, furnishings, or other improvements to the offices of presidential appointees.

EPA spokeswoman Liz Bowman said the agency was addressing the GAO’s concerns and would send Congress the necessary information this week. Pruitt, a former Oklahoma attorney general, has already angered critics, including some Republicans, for insisting on first-class travel. He said he needed the privacy of first class after unpleasant encounters with fellow travelers.

“You need to go into another line of work if you don’t want people to be mean to you,” said Rep. Trey Gowdy, R-S.C., in an interview with Fox News. “Like maybe a monk, where you don’t come in contact with anyone.” As chairman of the House Oversight and Government Reform Committee, Gowdy has requested interviews with some of Pruitt’s aides to discuss his spending habits.

Pruitt’s security concerns go beyond in-flight disturbances. He keeps a 20-member, full-time security detail, according to former aide Kevin Chmielewski, and in December he spent about $9,000 for an outside contractor to sweep his office for secret listening devices and install biometric locks.

While flying at his own expense, Pruitt booked seats on Southwest Airlines, which does not offer first class. And he rented a condo in Washington from an oil-and-gas lobbyist for the bargain rate of $50 a night.

The EPA inspector general also is looking into raises Pruitt gave two employees who followed him from Oklahoma to Washington, D.C., senior legal counsel Sarah Greenwalt, 30, and scheduling director Millian Hupp, 26, who received salary increases totaling more than $114,000 combined. Pruitt has said he did not approve the raises.

Trump has so far stood by Pruitt, suggesting Democrats and environmentalists will do anything to stop the EPA chief’s rollbacks of Obama-era regulations. —Lynde Langdon

House Majority Whip Steve Scalise, R-La., had surgery Monday for injuries he received 10 months ago in a shooting at a practice for a congressional charity baseball game. Scalise said the surgery was a planned part of his recovery, and he hopes to remain fully engaged in House affairs and return to the Capitol as soon as doctors will allow. Since the shooting, which nearly killed him, Scalise has moved around the Capitol using crutches and an electric scooter. The gunman, James Hodgkinson, wounded four others before U.S. Capitol Police shot and killed him. As the third-ranking House GOP leader, Scalise was a possible candidate to replace House Speaker Paul Ryan, R-Wis., when he retires at the end of this term. But a representative for Scalise said Monday he would support House Majority Leader Kevin McCarthy, R-Calif., for the position. —L.L.

The U.S. Senate voted unanimously Wednesday to approve a resolution allowing female members to bring their babies into the chamber for floor votes. The policy change came a few weeks after Sen. Tammy Duckworth, D-Ill., gave birth to a baby girl, the first sitting U.S. senator to have a baby while in office. —Leigh Jones