Radio network has not promoted Unplanned despite requests from listeners

The nation’s largest listener-supported Christian radio network has so far refused to promote the pro-life movie Unplanned, which opens at more than 1,000 theaters nationwide Friday. K-Love’s lack of on-air support for the film has drawn criticism from listeners who believed the network would break its silence by now.

A week ago, Abby Johnson, the former Planned Parenthood facility manager on whom the movie is based, said K-Love told the movie’s fundraising staff that Unplanned was too political. Johnson later said the radio network also was concerned about the film’s R-rating, which filmmakers have protested. The rating, which stems from a scene with bloody images of an abortion, led the film’s directors to call the Motion Picture Association of America’s standards “deeply flawed” for giving movies with graphic sex and violence PG-13 ratings while classifying Unplanned, which portrays abortion in “a straightforward manner,” as too dangerous for people younger than 17.

“We focus on positive and encouraging content that is safe for the whole family,” K-Love posted on its Facebook page a week ago. “We have been and continue to be pro-life and believe in the sanctity of life.”

K-Love also did not promote last year’s PG-13 film Gosnell: The Trial of America’s Biggest Serial Killer, which was about the 2013 trial of abortionist and convicted murderer Kermit Gosnell. Gosnell spokeswoman Bethany Thompson told me that marketing through K-Love was not part of the film’s overall strategy. “We did not make any real efforts to promote with K-Love, nor did we feel any unwarranted rejection from them,” she said. Gosnell grossed $3.7 million.

K-Love relies on twice-a-year pledge drives from its listeners for support. In 2017, financial records for K-Love’s parent company, the Education Media Foundation, listed its assets at $600 million, with $193 million in revenue and $113 million in expenses. EMF owns and operates 415 radio stations nationwide, including newly acquired stations in Los Angeles and Chicago, according to Streaming Radio Guide.

Johnson called out K-Love, noting its past support for the 2004 R-rated movie The Passion of the Christ and saying, “They can’t seem to keep track of what they stand for.” She urged supporters to contact K-Love and voice their opinions.

Then on Saturday, Johnson posted on her Facebook page that a K-Love representative had met with one of the film’s producers and reversed position: “I have a wonderful update! … K-Love Radio has decided to stand up for the unborn and promote Unplanned!!” The movie’s media representative, Kristina Hernandez, confirmed with me that this meeting took place.

But as of Friday, K-Love has remained silent on Unplanned. The radio network has not mentioned the movie or the meeting with the producer, Johnson and Hernandez said. I contacted K-Love and EMF numerous times this week but received no response. EMF Executive Administrator Myrna Smith told me that interim CEO Alan Mason was aware of my calls but was out sick.

“What a huge platform you’ve been given that could be a voice for the unborn with supporting the movie Unplanned,” a user named June Neal wrote on K-Love’s Facebook page.

Meanwhile pro-life groups such as Students for Life of America have been working to promote Unplanned. Kristi Hamrick, a spokeswoman for SFLA, called K-Love’s silence disappointing.

“They are making a big mistake by not paying attention to where the culture is at and, frankly, where their audience is at,” Hamrick said. “Abortion is tragic, and their audience wants this story to go out.” 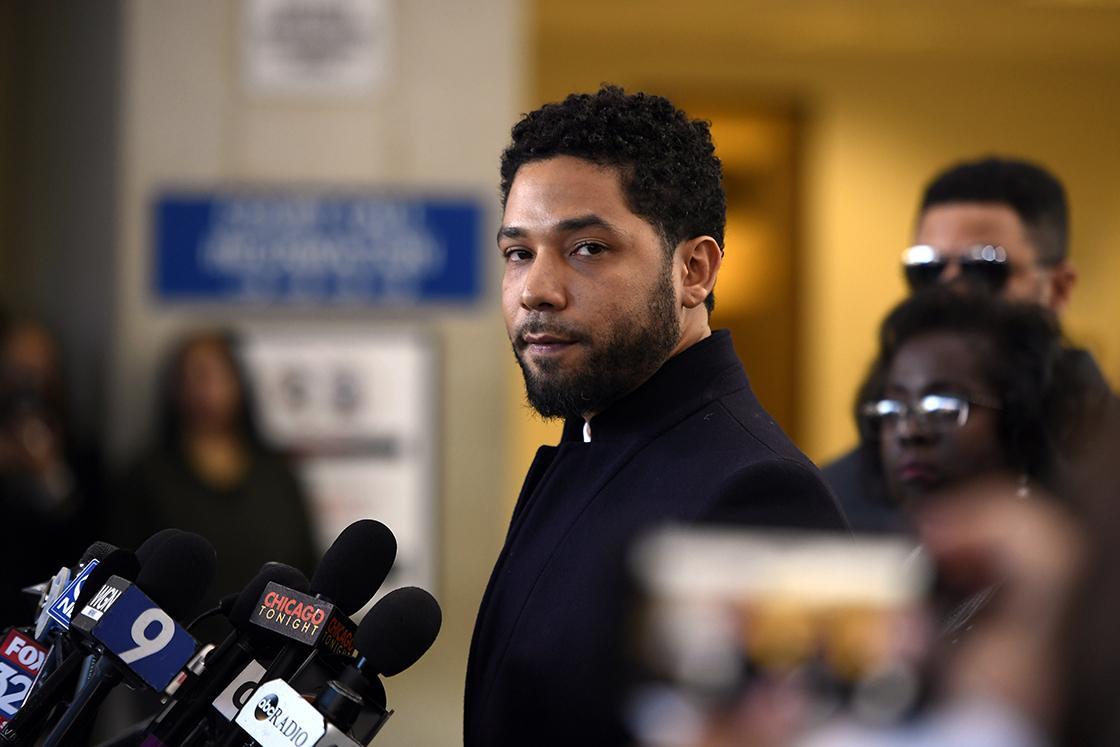 Prosecutors have dropped all charges against actor Jussie Smollett for allegedly staging an attack on himself, but Chicago-area authorities insist that doesn’t mean he is innocent. Cook County State’s Attorney Kim Foxx gave no explanation for why her office wasn’t pursuing the case against Smollett, who is accused of hiring two brothers to fake a racist, anti-gay attack on him on the streets of Chicago in late January. Police said last month that Smollett planned the hoax because he was unhappy with his salary on Empire, a television show on Fox about an African-American family in the music industry, and wanted to promote his career.

Foxx said in an interview Wednesday with WBBM-TV in Chicago that the decision to drop the charges was “an outcome that we could expect with this type of case.” Chicago Mayor Rahm Emanuel disagreed, calling it a “whitewash of justice,” and Joseph Magats, the assistant state’s attorney who handled the case, said he does not think Smollett is innocent, either. Smollett had to forfeit $10,000 in bond money, and Chicago officials on Thursday ordered him to pay $130,000 to cover the cost of the police investigation into his claims.

Eight days before the fake attack, the actor received a threatening letter at the Chicago studio where Empire is shot. Chicago police previously said he sent it to himself. The FBI is still investigating the letter and hasn’t commented on the state of its inquiry. President Donald Trump weighed in Thursday, tweeting that the FBI and the Department of Justice would review the “outrageous” case, calling it an embarrassment to the country.

The case stoked political and racial tension across the United States. Trump critics initially sympathized with Smollett, who said his attackers wore the “Make America Great Again” caps popularized during Trump’s presidential campaign. (The alleged attackers did wear such hats—they said Smollett wrote them a check to go buy them.) When police said the whole thing was a hoax, Trump supporters hit back, accusing liberals of groupthink and hysteria.

Smollett still stands by his claims and says the two brothers who accused him of setting up the attack are lying. —Lynde Langdon 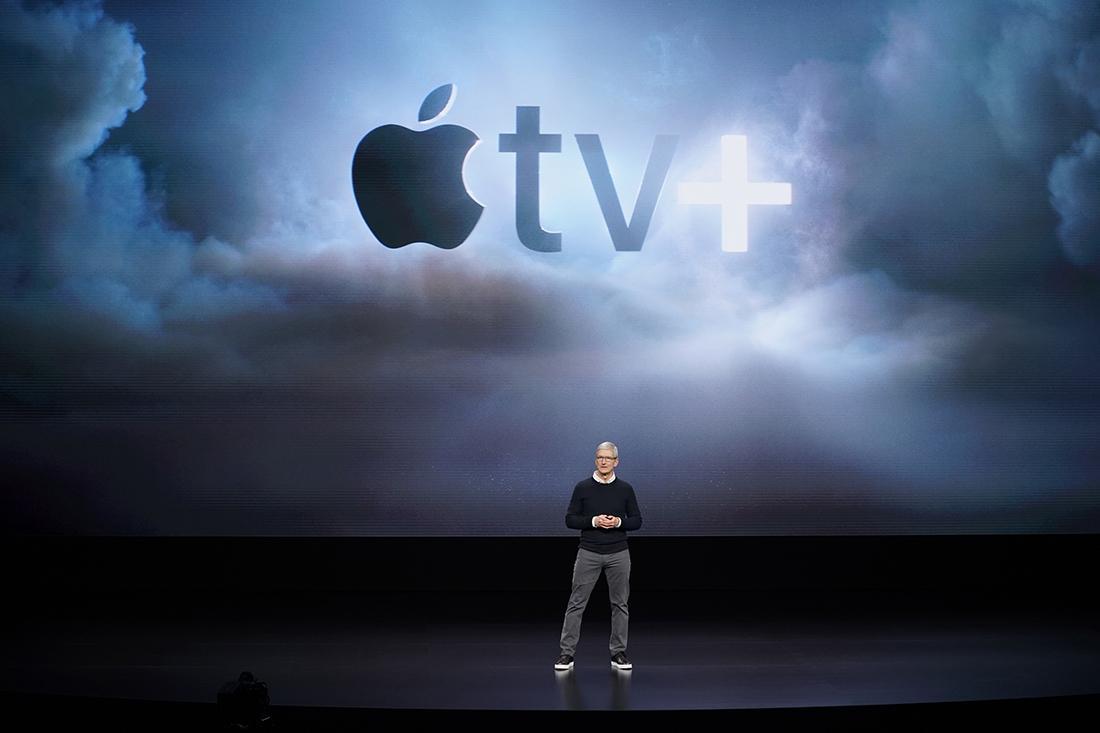 Apple announced plans for a streaming entertainment platform and other services at a Monday keynote event long on celebrities and short on specifics. Apple TV Plus will launch in the fall with shows featuring big-name stars such as Oprah Winfrey, Jason Momoa, Reese Witherspoon, and Jennifer Aniston, all of whom appeared at the announcement Monday at Apple headquarters in Cupertino, Calif. The tech giant did not reveal how much the service will cost or when, exactly, shows will come out. It looks like Apple TV Plus will include only original content, which could make it harder for it to compete with services like Hulu, Amazon Prime, and Netflix, all of which offer popular movies and network and cable TV shows along with homegrown programming.

Apple also has plans for subscription services for news and video games and a credit card. The company hopes the new services will produce new revenue streams as iPhone sales have started to lag. The expansion is a natural next step now that iPhones have practically saturated the mobile phone market (as Winfrey put it, “They’re in a billion pockets, y’all!”), but Apple has some catching up to do to challenge more established content providers like Netflix—most of which already offer iPhone apps, as well. —L.L. 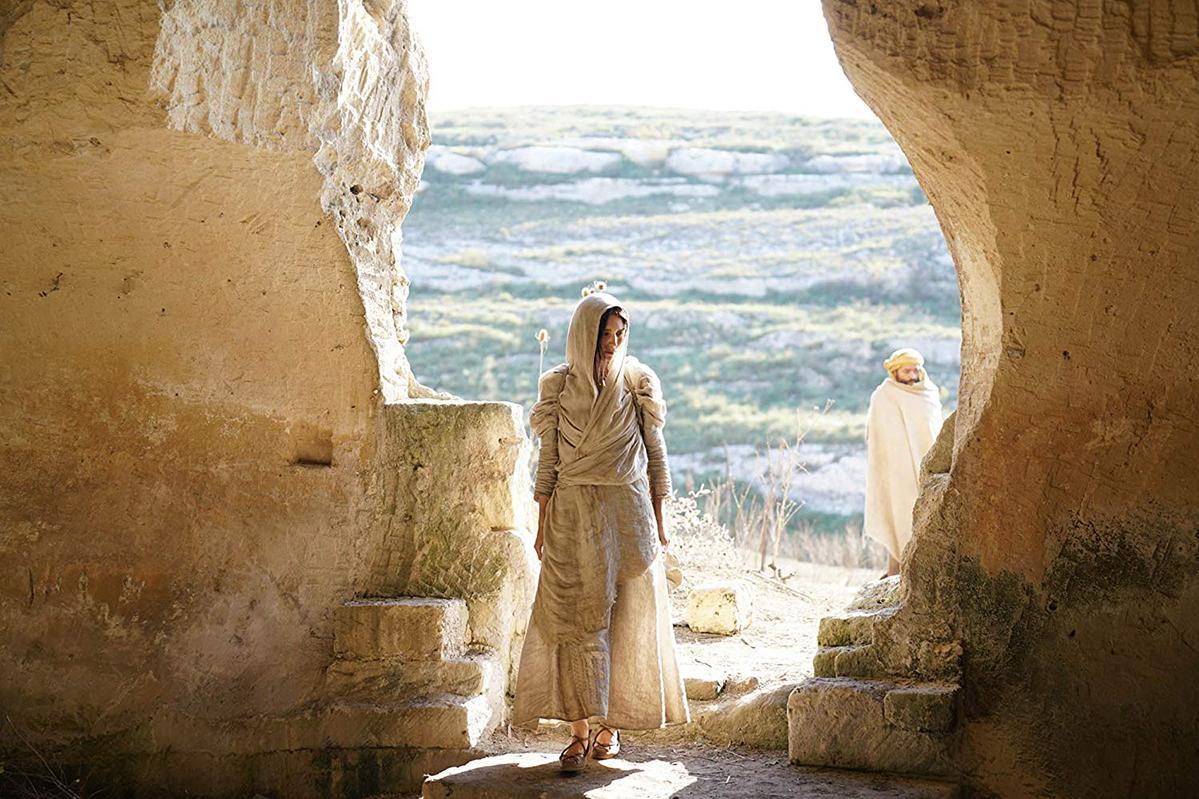 There’s something about Mary

IFC Films released a trailer for the upcoming film Mary Magdalene this week, an R-rated story about the woman who plays a supporting role in the Gospel accounts but a major part in Jesus conspiracy theories. Based on the trailer, the movie doesn’t appear to portray Mary as Jesus’ lover as so many revisionist stories do, like Dan Brown’s 2003 best-selling novel, The Da Vinci Code. Instead, director Garth Davis’ Mary smashes the patriarchy by rejecting an arranged marriage and joining a social movement.

Davis did a fantastic job directing the movie Lion, an honest and meaningful account of the struggles of an international adoptee. Though Mary is likely to twist parts of Scripture to fit a postmodern narrative, at least this movie doesn’t portray Jesus (Joaquin Phoenix) as a manic hippie (Jesus Christ Superstar, Godspell) or a smoldering, silky-haired heartthrob (just about every other Jesus movie except The Passion of the Christ).

The film was released a year ago overseas and got so-so reviews that mostly criticized it for slow pacing and understating Mary’s significance. That might not be such a bad thing, though, since, despite how many creative types have tried to convince us otherwise, Mary was never meant to be the main character in the Gospels. Mary Magdalene is set to release April 12. —L.L.

KLOVE's answer is part of the problem.  "We want to be loving and encouraging"  Well, that is good, but abortion is ugly and it needs to be exposed for what it is and talked about.  So they can't even promote this prolife movie and let people decide if they should go see it or not?  Cowards!