Jumping off the transgender bandwagon

When Keira Bell began pursuing sex-change options at age 16, she said no one questioned her as she took puberty blockers, cross-sex hormones, and eventually had a double mastectomy in an attempt to become a man. Now, at age 23, Bell said she “should have been challenged more,” but instead she made irreversible changes she would live to regret without her healthcare providers offering her alternatives.

But that may be changing for future generations of children in the United Kingdom. Liz Truss, the British secretary of state for international trade and minister for women and equalities, said last week the well-being of children under 18 will guide a government policy review on gender identity.

“Grown adults should be able to make decisions, to have agency to live life as they see fit,” she told the House of Commons Women and Equalities Committee. “But before the age of 18, when people are still developing their decision-making capabilities, they should be protected.”

Truss promised to announce specific policies by summer, including restrictions for children with gender dysphoria and changes to the 2004 Gender Recognition Act, which allows adults in England and Wales to obtain new birth certificates with a sex other than the one they were born with. She also said protecting single-sex spaces like restrooms and changing rooms is “extremely important.”

Ciarán Kelly, deputy communications director at the U.K.-based Christian Institute, welcomed Truss’ comments but noted she leaves many questions unanswered: “It’s good that there is a desire to protect children under 18, but what is the scope?”

Children in the U.K. may begin “gender identity development” treatment after at least three therapy sessions and without their parent’s consent. The Tavistock and Portman National Health Service Foundation Trust operates the U.K.’s only gender transition center. The center in London offers puberty-blocking medication and cross-sex hormones—testosterone for girls or estrogen for boys—for children in their mid-teens. The average age for children receiving these treatments is 14, but some start as early as age 12. At age 17, they can legally have sex-change surgery. The number of children seeking treatment at the Tavistock center skyrocketed from 94 in 2010 to 2,519 in 2018.

But the center has come under fire in recent years for fast-tracking children—including those with mental health issues, autism, or a history of trauma or sexual abuse—into experimental and invasive medical treatments. Last year, five former clinical psychologists resigned from the facility, telling The Times of London that their supervisors pressured them to refer children for puberty blockers and cross-sex hormones even if they believed the treatment would not help the patients.

In March, Bell filed a lawsuit against the Tavistock center for not taking more care before helping her try to change her sex. In the lawsuit, Bell and other claimants––a former psychiatric nurse at the center and an anonymous mother of a 15-year-old gender-dysphoric girl who is seeking treatment at the facility—argue against the legality of providing puberty blockers and cross-sex hormones to children under the age of 18 who cannot give informed consent.

Kelly said that the “trans phenomenon” is still relatively new and additional young people like Bell are beginning to speak out about the negative, life-altering consequences of puberty blockers, hormone treatments, and sex-change surgeries: “It’s becoming increasingly hard for trans activists to paint these people as extreme outliers.” 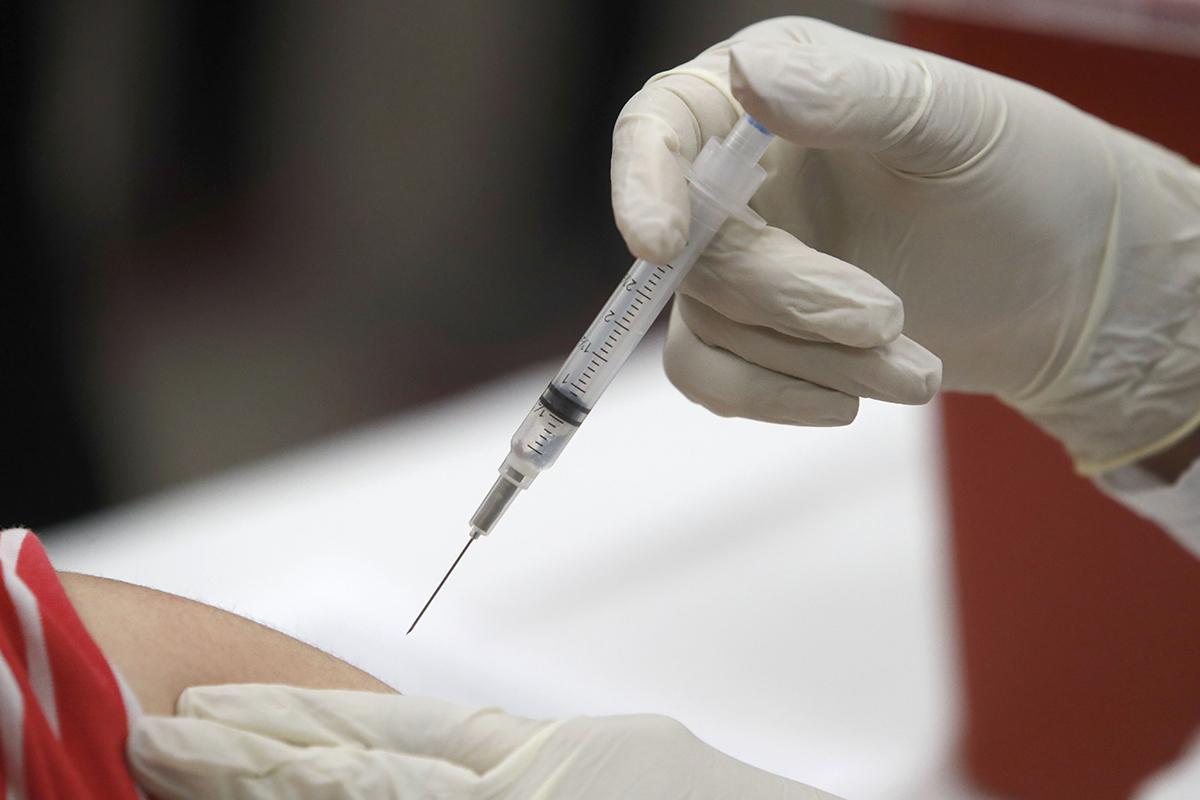 The doctor is in, but the patient is out

Immunizations for diseases such as whooping cough, measles, and other serious illnesses have dropped dramatically in recent months. The Physician’s Computer Company, an electronic health records software firm for pediatric practices, compiled vaccine data from 1,000 independent pediatricians nationwide and found that during the week of April 5, the administration of measles, mumps, and rubella shots decreased by 50 percent, diphtheria and whooping cough shots by 42 percent, and HPV vaccines by 73 percent.

Meanwhile, officials have suspended national immunization programs in more than two dozen countries due to the coronavirus pandemic. International health groups like UNICEF and the World Health Organization warned that more than 100 million children could become vulnerable to preventable diseases.

Some doctors are getting creative during the outbreak, setting up vaccination tents in open fields or visiting the homes of families and administering the shots at their doorsteps. —M.J.

Child advocacy groups called the move a victory after years of petitioning Google to change its algorithms and policies to protect innocent children from pornographic content. The NCSE listed Google in its “Dirty Dozen” list in part because basic search terms yielded graphic results within seconds.

“While Google still has work to do to better protect users, we are grateful to the company for heeding our concerns and making these significant changes,” said Dawn Hawkins, senior vice president and executive director of the NCSE.

Thank you for your comment. Actually, it was "momof 13" who helped me see things differently. Please see my response to her comment. I was driven to my knees, literally, in tearful confession and a plea for forgiveness from our gracious God.

I chose my "handle" a couple years ago as a humorous play on my name, but I see that I need to change it to clarify that I'm not a "sir." In humility, I appreciate your being like "iron" sharpening me in wisdom.

It's amazing to me that those who think so highly of science and original source documents and who normally wouldn't be caught dead quoting from Wikipedia, don't have any problem using Wikipedia when it confirms their bias.  Do your own research, sir.  Dr. Wakefield was actually exonerated later, but you'll never hear that from the pro vaccine lobby or the mainstream media.    CV's response to you was calm and measured.  Did you read it?  Instead of accepting, without question, what you hear from the media and pharmaceutical industry, spend some time looking at the actual studies (which really do the opposite of what the CDC says they do ~ the studies do NOT prove the safety and effacacy of vaccines, just the opposite).  Now, that said, if you want to use vaccines yourself, that's your prerogative.  Just don't insist that those who choose not to are being irresponsible.  If vaccines really did protect (and not harm), then those who choose not to vaccinate cannot possibly harm those who are vaccinated.

The link goes to a website featuring Del Bigtree. an American television and film producer with no medical training. According to Wikipedia, Bigtree bases his opinions on the discredited views of Andrew Wakefield. Publicity around Wakefield's fraudulent 1998 study caused a sharp decline in vaccination uptake leading to a number of outbreaks of measles around the world.

Please check out The Truth About Vaccines: https://thetruthaboutvaccines.com

Thanks and God Bless,