Attorneys representing four female high school athletes in Connecticut want a federal judge to recuse himself for not allowing the use of the word “male” in court to refer to boys who identify as girls. The four teenage girls are suing the state’s governing body for high school athletics to stop it from letting transgender students take away competitive opportunities from female athletes.

U.S. District Judge Robert Chatigny said on a conference call on April 16 that referring to transgender athletes as their biological sex constituted “bullying,” according to a transcript obtained by National Review. He told the attorneys, who are from the religious liberty law firm Alliance Defending Freedom, that designating male athletes as “transgender females” was “the more accurate terminology” and “consistent with science, common practice, and perhaps human decency.”

ADF filed a motion on May 8 requesting Chatigny recuse himself because his order “left us doubting whether our clients can get a fair and impartial hearing in that court.”

The girls argue that competing against male athletes who identify as female has deprived them of scholarship opportunities and track titles. Two male sprinters have combined to win 15 girls state championship track titles. Their victories have taken away more than 85 opportunities for girls to participate in higher-level competitions in the last three years, according to the lawsuit.

“This isn’t a case involving males who have decided that they want to run in girls events,” Chatigny told ADF lawyers on the conference call. Rather, the judge appointed by former President Barack Obama said, it involves “girls who say transgender girls should not be allowed to run in girls’ events.”

Roger Brooks, senior counsel for ADF, said he could not possibly present his clients’ arguments about sex differences accurately “if a judge dictates what words parties have to use.” He called Chatigny’s order legally unprecedented, citing a 5th U.S. Circuit Court of Appeals ruling in January that barred courts from referring to transgender litigants with pronouns matching their “subjective gender identity.” In that case, a male convict lost a federal appeal to have his name changed in court records to match how he self-identifies.

If the plaintiffs succeed, they not only could reverse the Connecticut rule that permits high school athletes to compete in sports corresponding with their gender identity but also could force changes to state record books.

The U.S. Department of Justice filed a statement of interest in March indicating support for the high school girls. U.S. Attorney General William Barr and other officials wrote that the Connecticut Interscholastic Athletic Conference does not take into account “real physiological differences between men and women.”

The lawsuit has set off a wave of state legislative proposals blocking male athletes from participating in women’s sports. In March, Idaho became the first state in the nation to pass legislation protecting female athletes. Pro-LGBT groups immediately sued the state over the law and requested an injunction to block it from taking effect. 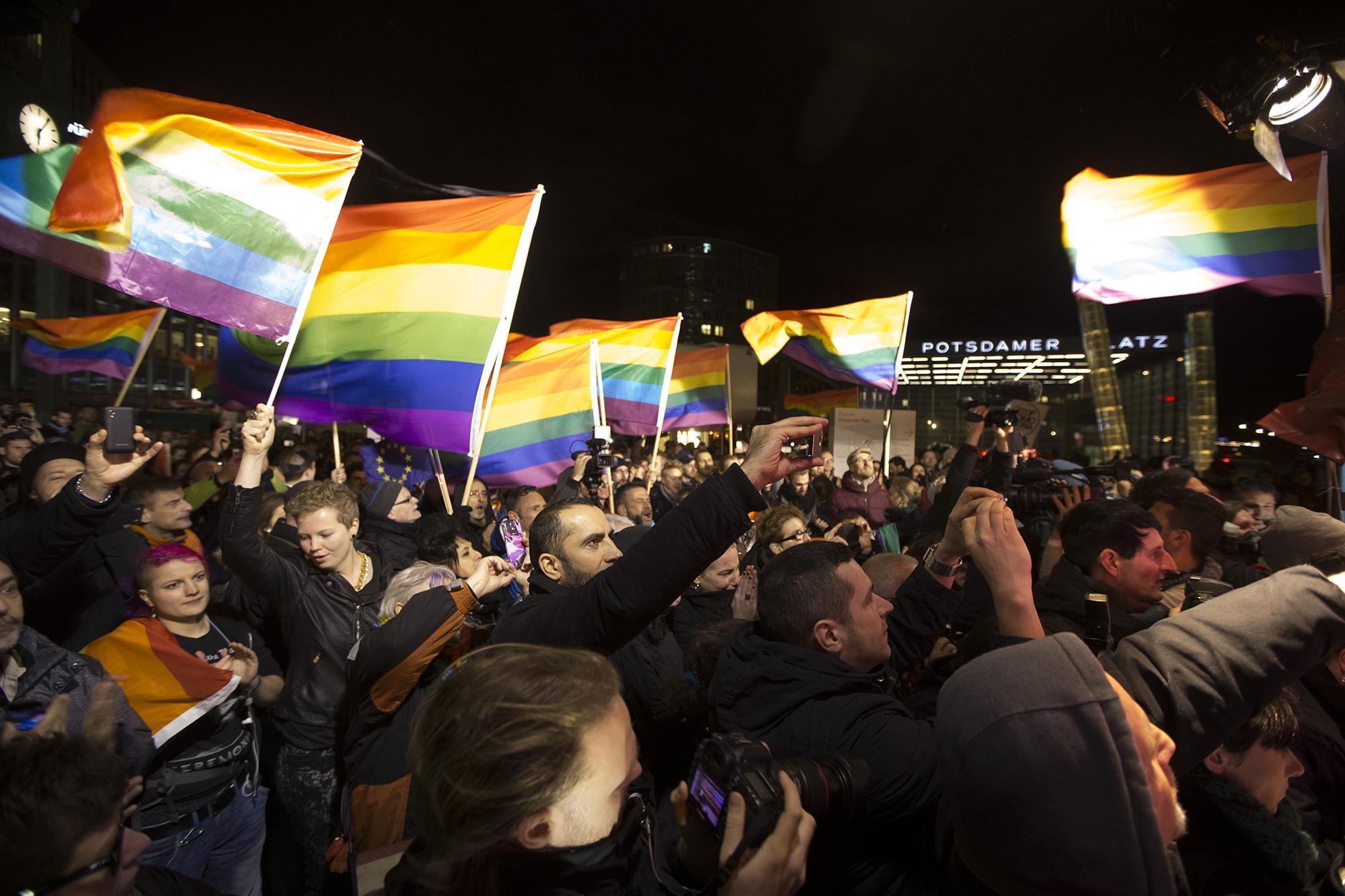 The German parliament passed a law on May 7 that criminalizes so-called conversion therapy for minors, making it the fifth country to ban the practice.

The legislation targets groups that provide therapy intended to alter the sexual orientation or gender identity of anyone under the age of 18. Parents and legal guardians who coerce their children to take part in the therapy could also face punishment. The law carries a penalty of up to a year in prison or a fine of nearly $35,000.

LGBT advocates around the world are pushing to outlaw the loosely defined practice. Canada introduced similar legislation in March. Twenty U.S. states, the District of Columbia, and Puerto Rico have laws or regulations against conversion therapy.

But critics argue that the growing number of therapy bans will make it more difficult for gender-dysphoric youth to access mental health services.

“Germany has now joined the ranks of those who are sacrificing children’s mental health and well-being in order to placate LGBTQ advocates,” said Erin Brewer, founder of The Compassion Coalition, a group that opposes experimental medical procedures and treatments that physically and permanently alter gender-confused children.

Brewer, who is from Logan, Utah, assumed a transgender identity as a child. She credits a school psychologist with helping her find comfort in her biological sex. “It saddens me deeply that children with a trans identity like I had as a child will no longer be able to access appropriate mental health services,” she said. —M.J. 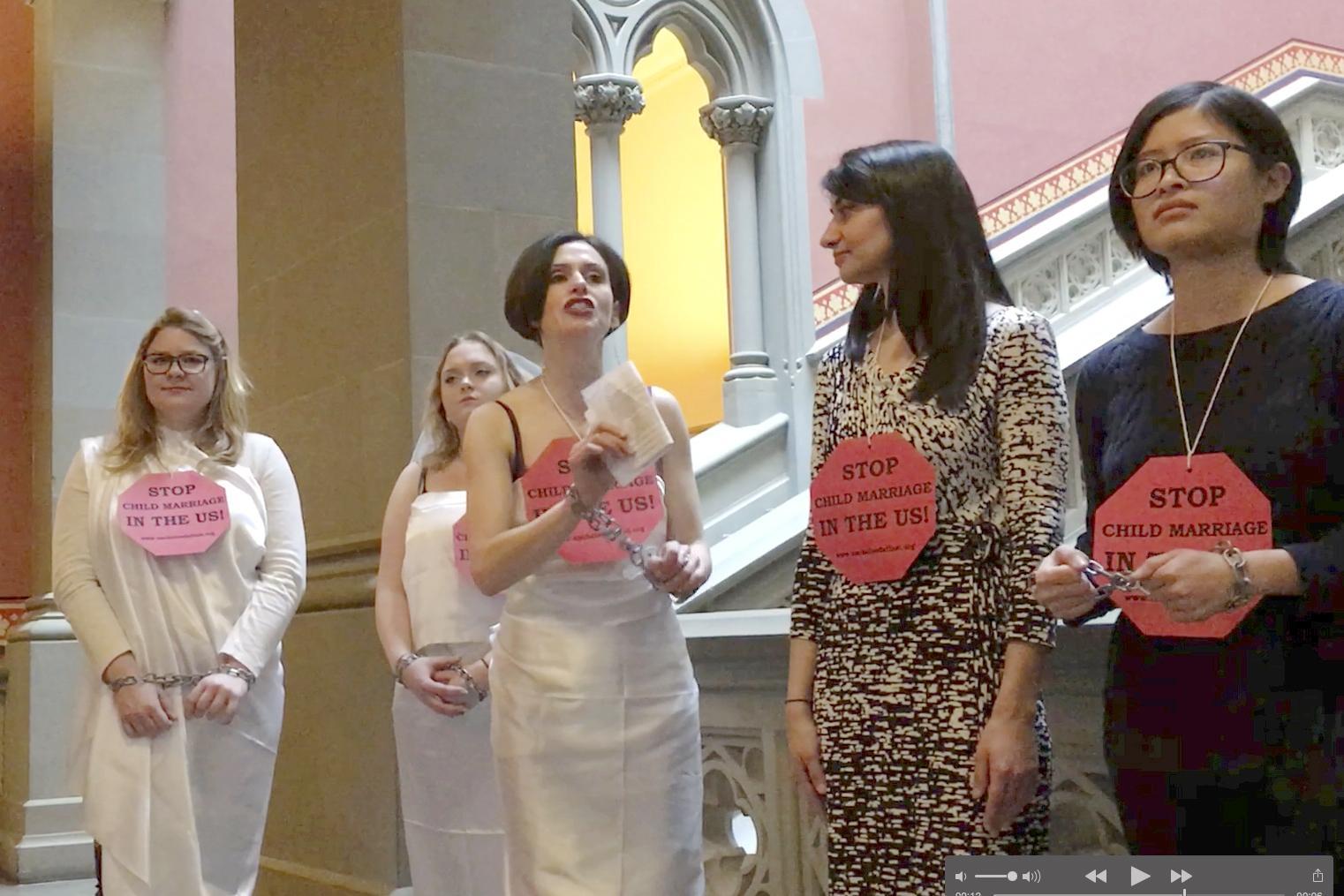 Two states recently banned marriage for children under the age of 18. In Pennsylvania, Gov. Tom Wolf, a Democrat, signed the ban into law on May 8 after it received unanimous support from the Republican-majority state legislature. Wolf said the law would prevent child exploitation: “Marriage is a sacred and serious commitment that should be undertaken with love by two adults, not by children being exploited by unscrupulous adults.”

In Minnesota, Gov. Tim Walz, also a Democrat, signed a similar law on Tuesday. Delaware and New Jersey also outlaw marriage by anyone younger than 18.

Between 2000 and 2020, nearly 250,000 minors wed, most of them girls marrying adult men, according to marriage data analyzed by the nonprofit group Unchained. —M.J.

Getting an early start

Some parents with preteen children who miss their friends during the coronavirus pandemic are permitting social media use earlier than they planned. The number of daily active accounts on Messenger Kids, a Facebook app created in 2017 for kids 12 and younger, has increased more than 3.5 times since the beginning of March, The Wall Street Journal reported.

Parents like Messenger Kids because it has no ads or in-app purchases. Mom and Dad can closely monitor their child’s activity through their own personal Facebook accounts.

But not all parents are giving in to the pressure. Christine Elgersma, senior editor of social media and learning resources at Common Sense Media, declined an invitation for her 10-year-old daughter to join Messenger Kids, telling the Journal, “I’m not ready to introduce her to all the nuances of social media.” —M.J.

Jose and Corina Ramirez sat under a shaded umbrella in their Laredo, Texas, driveway on May 8 as family, friends, and neighbors honked their car horns, waved signs, and gave them balloons to celebrate their 70th wedding anniversary.

“I didn’t think the day of our anniversary would be this beautiful … and full of surprises,” Corina told KGNS-TV in Laredo.

“It’s a love that’s been growing throughout the years,” Jose said. “Both Corina and I worked very hard to get to this point.” —M.J.

The title and content of the late Robert Bork's book "Slouching Towards Gomorrah" is applicable to this court case.

Judge Chatigny not only needs to be recused from the case but needs to be released from his duties on the bench. Since Chatigny cannot see what is obvious to anyone with common sense, Chatigny has lost the ability to even be a judge.