A U.S. federal judge last week temporarily halted the deportation of 50 Indonesian Christians in New Jersey who argue they could face persecution if they return to their homeland. The ruling is the latest in an ongoing case that is similar to others around the world.

U.S. District Judge Esther Salas ruled Immigration and Customs Enforcement (ICE) can’t deport the Indonesians while their cases are pending. The American Civil Liberties Union filed a federal class-action lawsuit that requested a stay for the migrants so they have more time to challenge their deportations.

“This case involves life-and-death stakes, and we are simply asking that these longtime residents be given opportunity to show that they are entitled to remain here,” Lee Gelernt, deputy director of the ACLU Immigrants Rights Project, said in a statement. “As in other cases … involving mass deportations, we are asking the court to make clear that the fundamental protections of due process apply to noncitizens.”

Thousands of Indonesians fled to the United States in the 1990s when a political regime that targeted Christians assumed power. The Muslim-majority country currently ranks 36th on the Open Doors list of the most difficult countries for Christians to live in. In 2009, dozens of Indonesian Christians identified themselves to ICE as part of a program that granted them work permits and stays of deportation as long as they checked in annually. But the migrants started to receive orders to return to their country in August 2017 after the Trump administration ended the agreement.

On Jan. 25, authorities detained two Indonesian Christians as they dropped off their children at school. Harry Pangemanan, who arrived in the United States in 1993 and lives with his wife and two daughters in central New Jersey, took refuge at the Reformed Church of Highland Park, a congregation in the Reformed Church in America. Pangemanan serves as an elder in the church and helped to rebuild about 200 homes after Superstorm Sandy. “We are trying to stay strong as a family, take one day at a time,” he said. “You do your best today, do something useful, and tomorrow is in God’s hands.”

In a similar move Sunday, Israel started to hand out its first batch of deportation notices to some 20,000 male African migrants, mostly from Sudan and Eritrea. The notice asked the migrants either to leave the country within 60 days or face imprisonment. Israel offered the migrants a $3,500 grant and said it will send them to a “a safe third country,” though it did not specify which one. Some 40,000 African migrants arrived in Israel up to a decade ago fleeing persecution in their home countries.

Advocacy groups rejected the move. “The experience of the Jewish people over generations heightens this obligation,” officials with Yad Vashem, Israel’s official Holocaust memorial, said in a statement. “The authorities in Israel must make every effort so that there is no person who arrived in Israel with a sword over his neck that did not receive refugee status.” 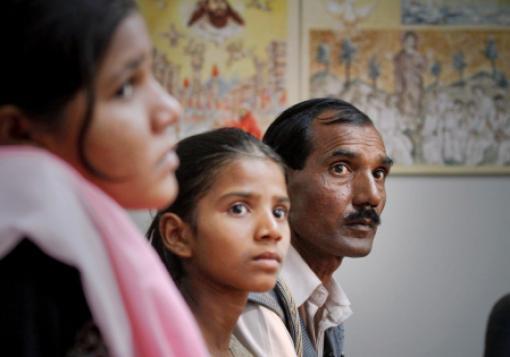 The European Union is making Christian prisoner Asia Bibi a priority in its trade negotiations with Pakistan.

Business Recorder, a daily financial newspaper in Pakistan, reported the EU told the Pakistani government it would link the continuation of its preferential trade status for developing countries to a positive outcome for Bibi, who remains imprisoned and awaiting the death penalty for blasphemy. The EU voted to give Pakistan the trade status for four years beginning Jan. 1, 2014.

An editorial in the Daily Times in Pakistan said losing that status would be a “severe blow” to the economy.

Muslim women harvesting berries with Asia Bibi accused her of blasphemy in 2009 after she drank from the same water cup as a Muslim. In prison since then and sentenced to death in 2010, Bibi appealed to the Pakistani Supreme Court, which adjourned without hearing her case in April 2017. A new hearing has not been scheduled. Her case is one of the most well-known examples of the country’s abusive blasphemy laws, condemned by human rights and religious freedom groups.

The U.S. State Department put Pakistan on a Special Watch List in 2018 due to its “severe violations of religious freedom.” —Julia A. Seymour 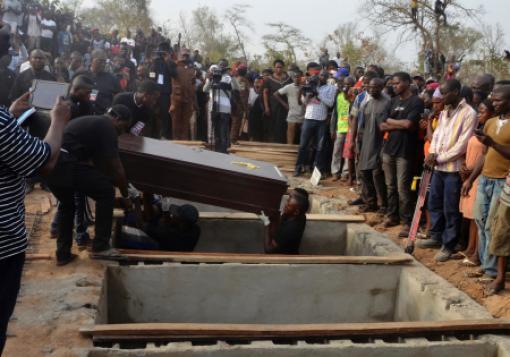 Clashes between herdsmen and farmers killed at least 168 people in five Nigerian states since January. But the military’s response ranged from inadequate to unlawful, Amnesty International said in a report last week. The advocacy group said its team viewed firsthand the aftermath of a Dec. 4 reprisal herdsmen attack on at least five villages in northeast Adamawa state. Witnesses said Nigerian air force fighter jets fired rockets that killed at least 35 people. “Launching air raids is not a legitimate law enforcement method by anyone’s standard,” said Osai Ojigho, Amnesty’s country director. “Such reckless use of deadly force is unlawful, outrageous, and lays bare the Nigerian military’s shocking disregard for the lives of those it supposedly exists to protect.” Air force spokesman Olatokubo Adesanya said, “The allegations by Amnesty International are all lies.” The Muslim Fulani herdsmen continue to carry out deadly raids across Nigeria, attacking mostly Christian farmers in search of grazing pastures, which have become scarce because of harsh environmental conditions. At least 75 people died in attacks that began Jan. 24 in central Plateau state. —O.O.

A Colombian nun kidnapped nearly a year ago in Mali appealed to Pope Francis to help secure her release in a proof-of-life video likely recorded in December. Gunmen kidnapped Sister Gloria Cecilia Narvaez Argoti in Karangasso in southern Mali near the border with Burkina Faso. Argoti served as a missionary in Mali for 12 years, where she worked with a health center and an orphanage. In the nearly five-minute video confirmed by SITE Intelligence Group, Argoti noted her captivity continues at a time when Christians are celebrating Christmas. She asked Francis to intervene in securing her release. The extremists in the video proposed “to negotiate through independent charitable organizations outside the colonialist force.” Gen. Fernando Murillo of the Colombian National Police’s hostage and extortion unit, told Colombia’s National Radio Network that the police are still in contact with the Catholic church in Mali to expedite negotiations. “The pope is aware of what Colombia is doing and to what point we’ve come to obtain her release,” he said. —O.O.

Hong Kong authorities took “a massive step backward” when they disqualified two pro-democracy candidates from the upcoming March legislative council elections, Human Rights Watch said. The Electoral Affairs Commission disqualified 21-year-old Demosisto party candidate Agnes Chow Ting because her party had earlier called for “self-determination” for Hong Kong. The commission claimed self-determination violates Hong Kong’s “one country, two systems” principle with China. The commission also disqualified Ventus Lau with the Community Network Union on grounds that he was not sincere when he abandoned his pro-independence stance in December. Hong Kong authorities either disqualified pro-democracy officials from running for seats in the council or unseated them after election. “Hong Kong authorities have the essential laws to resist being forced to do Beijing’s bidding,” said Maya Wang, a senior China researcher with Human Rights Watch. “That they won’t enforce them to protect Hong Kong’s people’s rights is an alarming development.” —O.O. 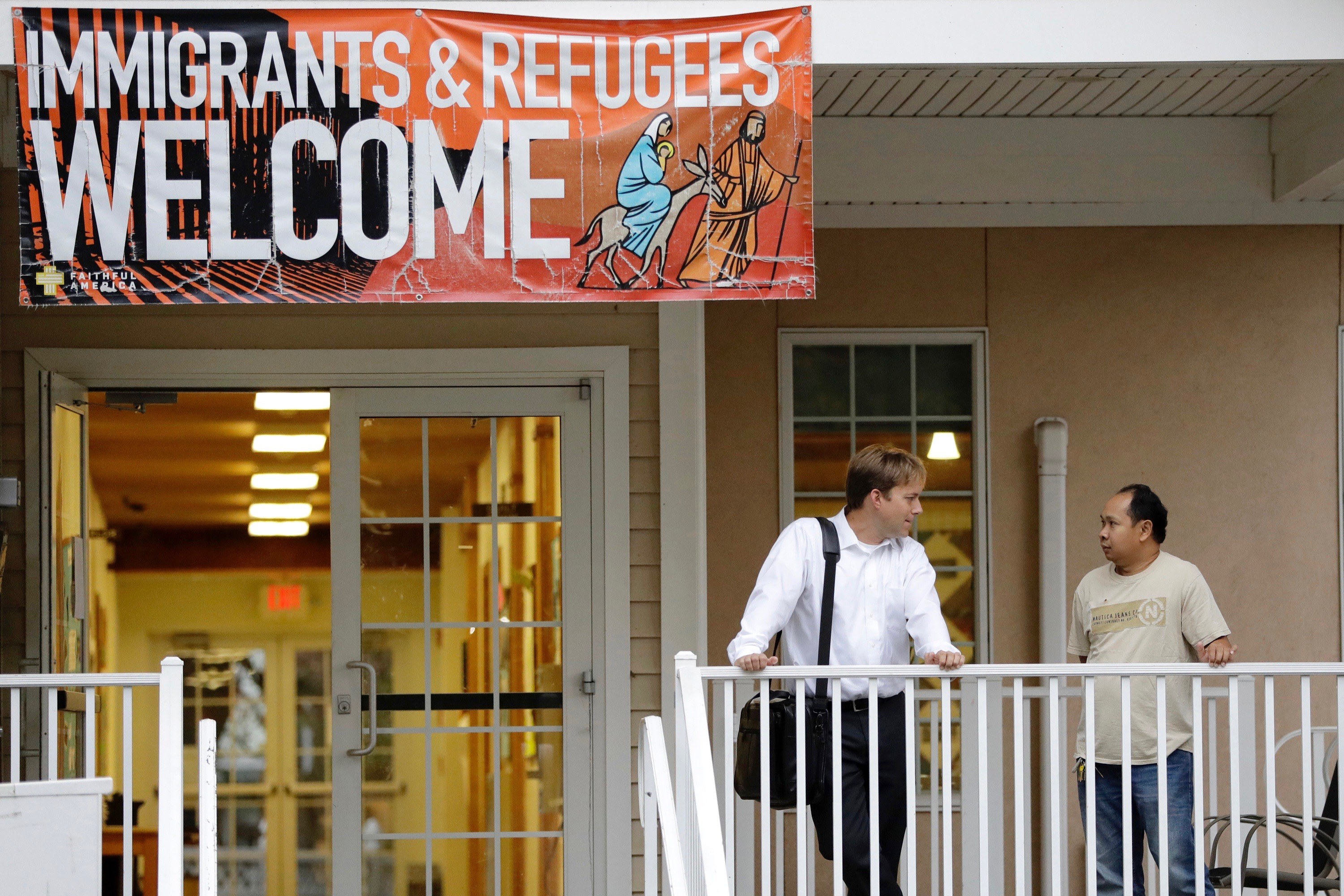