Suicide rates jump in the country during COVID-19 lockdowns

A Japanese mother committed suicide in her Tokyo apartment last month after testing positive for the coronavirus. The woman in her 30s was asymptomatic and felt guilty that she may have infected her daughter and husband. “It is inexcusable that I have become a nuisance,” her final note said, according to local media.

In 2020, Japan recorded a jump in suicides for the first time in 11 years as the pandemic hit. The problem was particularly pronounced among women. The government and private groups are searching for ways to assist people at risk after years of success in cutting down suicide rates.

Suicide has long been a problem in Japan, largely due to overwork and social loneliness, also referred to as “hikikomori.” Following efforts from the government and private groups to offer support groups and counseling, increase public awareness, collect more data, and create hotlines, suicide rates declined steadily for ten straight years starting in 2009.

But the pandemic has exacerbated some of the old triggers, particularly among women. In Tokyo, about 1 in 5 women live alone. Researchers said the pandemic increased pressure on working mothers and housewives, and cases of domestic violence have been on the rise.

While more men commited suicide, 2020 saw a spike among women. Police data released in January confirmed 20,919 suicides in the past year, an increase of 750 from 2019. In October alone, security officials reported 2,199 suicides, the highest monthly total in more than five years. Male suicides tallied at 13,943—a 1 percent decrease. Suicides among women increased by 14.5 percent to 6,976.

“The thing about the coronavirus pandemic is the industries hit most are industries staffed by women, such as tourism and retail and the food industries,” professor Michiko Ueda, a leading expert on suicide, told the BBC.

Monthly suicide rates initially dipped by 14 percent between February and June, according to researchers at the Hong Kong University and Tokyo Metropolitan Institute of Gerontology. That corresponded with increased government subsidies, reduced working hours, and school closures, the study said. But the numbers rose the rest of the year as the pandemic dragged on and shutdowns hit harder.

This month, Japanese Prime Minister Yoshihide Suga appointed Tetsushi Sakamoto as the minister of loneliness and asked him to develop a comprehensive strategy to respond to rising suicides. “I hope to promote activities that prevent loneliness and social isolation and protect the ties between people,” Sakamoto told reporters after his appointment.

But some aren’t waiting for the government to respond. Koki Ozora, a 21-year-old student, started a mental health chat service in March last year called Anata no Ibasho, or A Place for You. More than 600 volunteers from different countries now answer more than 200 messages a day, mostly from women. Many clients express concern about losing their jobs, raising their children, and facing domestic violence, Ozora told CNN. But he said he was moved by the number of volunteers who have turned out online to help. “This really gives me hope,” he said. “They tell me they just had to do something.” 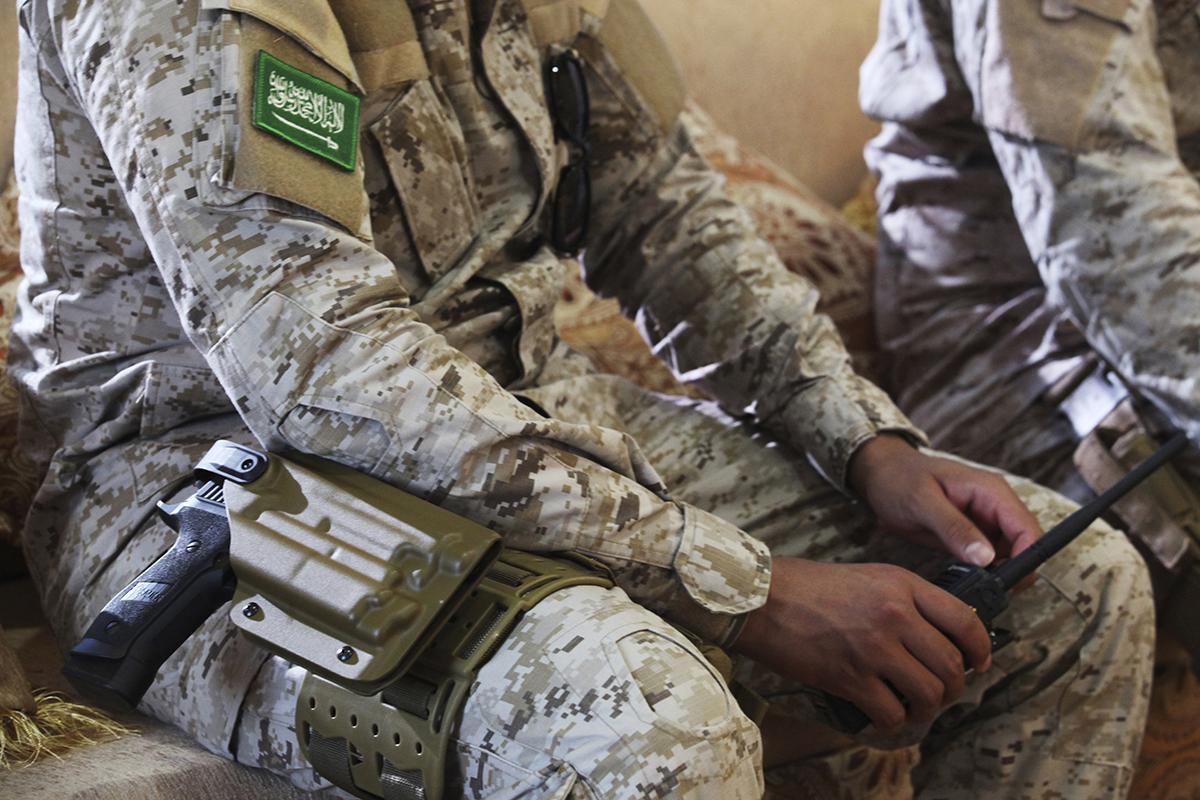 A British government export report on Monday revealed the country approved sales of up to $1.9 billion worth of arms to Saudi Arabia last year. The licensing covers equipment to help air-to-air refueling of Saudi jets, bombs, missiles, rockets, and an additional unlimited number of arms until 2025. The sales resumed after Britain lifted restrictions on Saudi Arabia in July.

Oxfam accused the United Kingdom of prolonging the war in Yemen through the weapon sales. Yemen’s civil war began in 2015 between Iran-backed Shiite Houthi rebels and the Saudi-backed government. Both sides face accusations of targeting civilians, including aid workers. Fighting intensified this month in oil-rich Marib, the last major stronghold of the internationally recognized government and home to hundreds of thousands of civilians who fled fighting in other parts of the country.

President Joe Biden this month announced his administration would halt the sales of arms that could back Saudi Arabia’s “offensive operations.” Italy also announced a similar measure this month. “The U.K. claims to support peace in Yemen,” Sam Nadel, Oxfam’s head of policy and advocacy, told The Guardian. “It can start by immediately ending the sale of all arms that risk being used against civilians and exacerbating the humanitarian crisis.” —O.O. 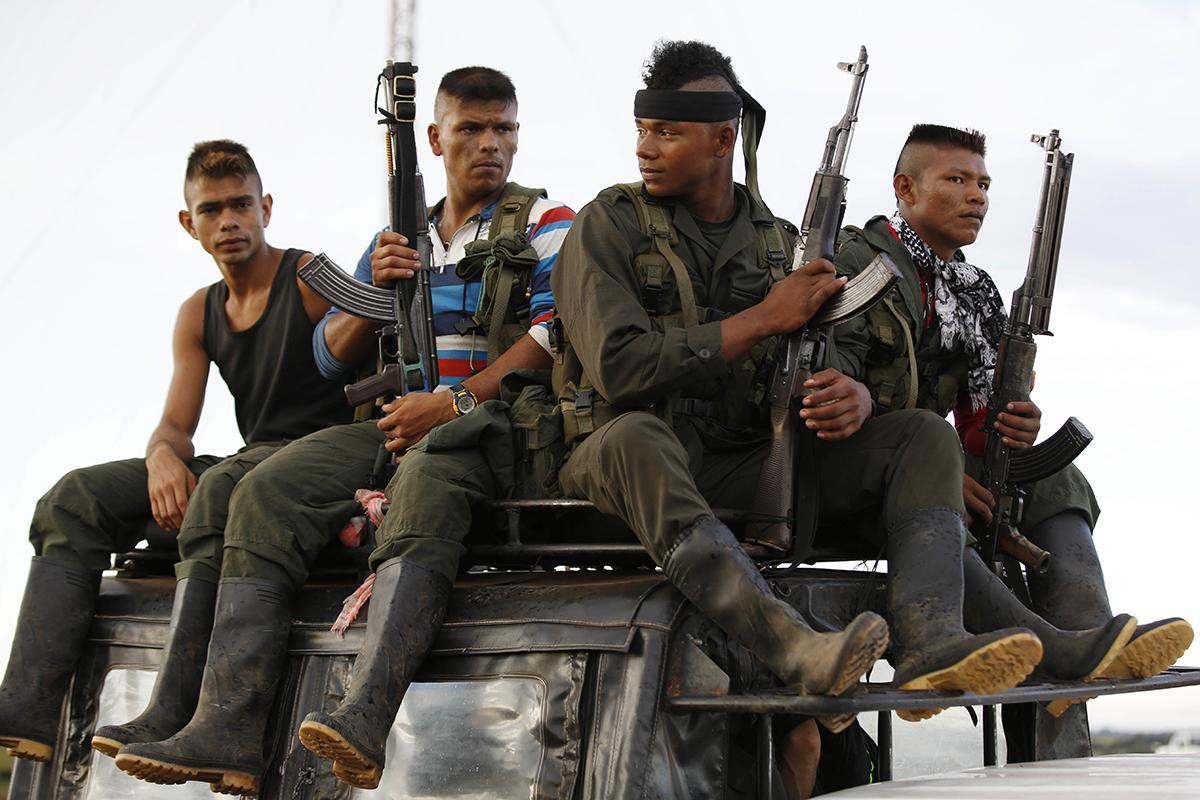 The Colombian military killed at least 6,400 people between 2002 and 2008 and falsely presented them as combat deaths, a special court revealed last week. That’s more than three times higher than previous estimates of extrajudicial killings.

After the government’s troops and Revolutionary Armed Forces of Columbia (FARC) signed a peace deal in 2016, the Special Jurisdiction for Peace formed to review crimes committed during the 50 years of fighting. Colombia’s public prosecutor’s office had acknowledged only about 2,249 extrajudicial killings in its report to the court last year.

Separately, the court charged FARC commanders with war crimes and crimes against humanity. The United Nations human rights agency welcomed the court’s decisions: “We stress once again that accountability for these crimes and the protection of victims’ rights is essential for the consolidation of peace and the strengthening of rule of law in Colombia.” —O.O. 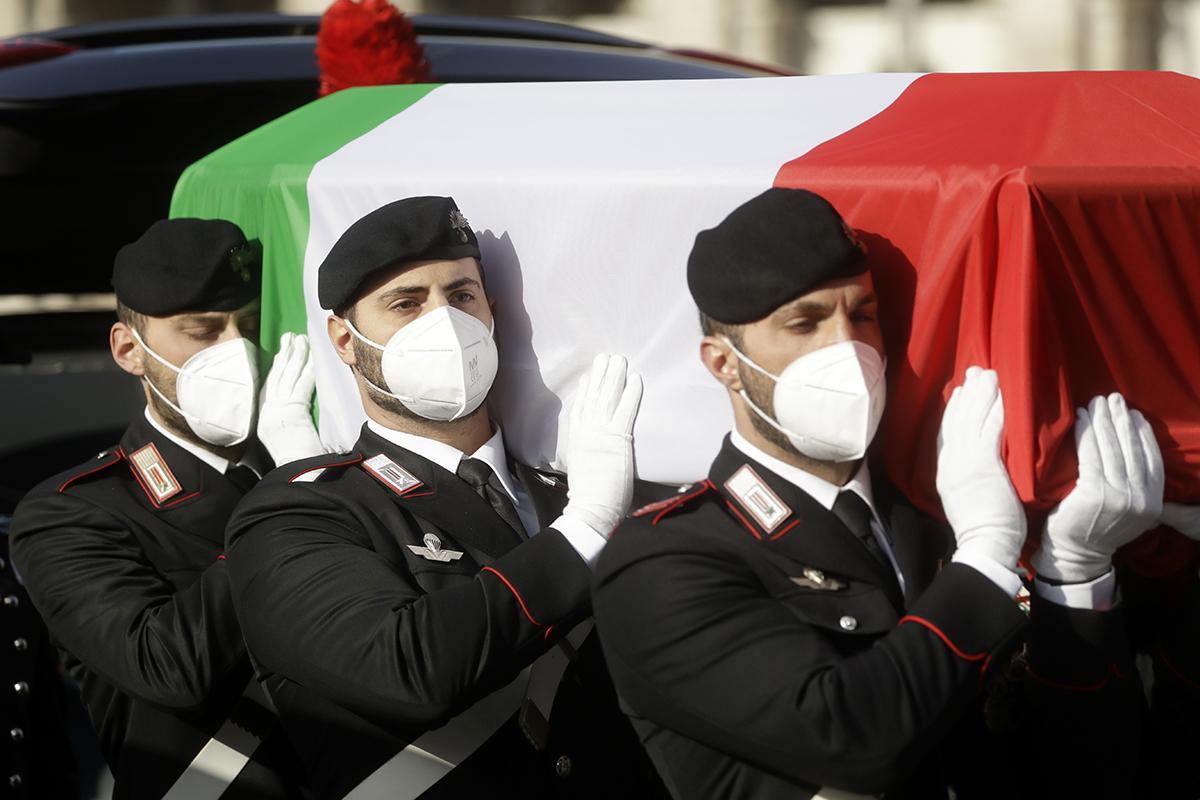 Luca Attanasio, who served as the Italian ambassador in the Democratic Republic of Congo since 2017, died Monday after gunmen attacked a United Nations convoy.

Attanasio and four other people were returning from Congo’s eastern region on the way to visit a World Food Program initiative in Rutshuru when the attack occurred. He later died from his wounds at the UN Mission in Congo’s hospital. The gunmen also killed Vittorio Iacovacci, an Italian Carabinieri officer, and driver Moustapha Milambo. Italian Foreign Minister Luigi Di Maio on Wednesday said he asked UN agencies to launch an investigation into the convoy’s security arrangements.

No group claimed responsibility for the attack. The incident occurred next to Virunga National Park, which borders Rwanda and Uganda and serves as an operating ground for many armed groups. Gunmen killed six rangers at the park last month.

In October, Attanasio received the Nassiriya International Prize for Peace at a church in southern Italy and was commended for his “altruism, dedication and the spirit of service for people in difficulty.” The 43-year-old left behind a wife and three children. —O.O.

The Hong Kong government announced a bill on Tuesday that would require political office holders to pledge loyalty to China or risk disqualification. The territory’s Chief Executive Carrie Lam endorsed the measure to “ensure patriots govern Hong Kong.” Lawmakers will debate it in March.

Officials would have to pledge allegiance to Hong Kong as a special administrative region of China and promise to uphold the city’s constitution. Any lawmaker who breaks the oath or supports Hong Kong’s independence faces suspension and a possible five-year bar on running for office.

The current political system allows voters to pick some representatives on the Legislative Council. That allowed pro-democracy lawmakers to maintain a presence in the territory’s leadership. Lam backed the proposed changes, citing the anti-government protests that swept the city in 2019. —O.O.