JACKSON, Miss.—With Labor Day in their rearview mirror, residents of Mississippi’s capital city began to exhale. They were still drinking water from bottles by the millions, but at least they could take a shower and flush the toilet. The water pressure was back.

To a degree, that lifted political pressure from the backs of Republican Gov. Tate Reeves and Democratic Mayor Chokwe Antar Lumumba, who celebrated the progress while staging separate press events. On Thursday, the city lifted a boil-water order that had been in place for seven weeks.

Jackson’s water and sewer revenue fell 13 percent in 2021. With the Environmental Protection Agency placing the city under legal orders to fix its water and wastewater systems, and with public health crises plaguing Jackson for years on end, what everyone can agree on is Jackson needs serious help.

In Jackson’s Fondren District last week, 72-year-old Buz Lowry worked on a shrubbery bed at his Meadowbrook Road cottage. Nearby, the foundation of an old silo ringed another flower bed. His grandfather built the large, white-columned, cottage in 1940 upon acquiring the former dairy farm. The family has lived in Jackson since 1830, and Lowry knows the water history well.

“Nobody drinks the Jackson water,” he said. “It’s kind of a joke. We know better. We drink bottled water.”

Jacksonians have been gearing up for the worst for years. It arrived in late August when the Pearl River overflowed near the Ross Barnett Reservoir northeast of Jackson and overwhelmed the pumps and filtration systems. Lt. Gov. Delbert Hosemann declared the system, serving 250,000 people, at the brink of collapse, with a desperate need for short- and long-term solutions.

Within a week, in-state crews and water experts from as far as Georgia and Florida pushed production to 26 million gallons per day at the O.P. Curtis Water Plant—about half its full capacity. Downstream, the secondary J.H. Fewell Water Plant, which predates World War I, struggled below its capacity of 25 million gallons.

Just in case, the Lowrys filled several five-gallon buckets of water before the pressure crashed. They kept three pots on the stove for boiling water, and they continued using their Brita filter pitcher. Ultimately, they only experienced one day of seriously low water pressure. Despite the recurring water crises, they’re committed to staying in Jackson and working with their First Presbyterian Church family to support the community.

“We can boil our water; as long as we’ve got water pressure, we’re OK,” said Ann Lowry, who’s 70. “We’re very sympathetic to people who are having problems.”

About four miles away in West Jackson, the Rev. Willie Tobias ministers to a 400-member flock, many of whom had to travel outside the city to take showers. Water pressure held steady at his New Mt. Zion Missionary Baptist Church, but some members lost pressure for days at home.

“One thing we’ve been trying to get people to see is that now is not the time to be selfish,” Tobias said. His church has distributed water and encouraged sharing other resources. The most frequent complaint he hears is from people fed up with the inability of city and state officials to solve the water woes.

“It’s so important for us to be a community now,” he said. “Now is not the time to play politics. When you have people without water, which is a necessity of life, it doesn’t matter if you’re black, brown, green, yellow, Republican, Democrat—do what needs to be done so that individuals will not be without water.”

Five miles farther west, Chancellor Ligon Duncan and Director of Operations Jim Scott mobilized a water-crisis battle plan for Reformed Theological Seminary. Lessons learned from a February 2021 winter storm guided them. They had bath water delivered to campus in trucks, drew water from storage, and distributed bottled water and other essentials. For the 250 people living and studying daily on campus, the plan worked.

In Jackson, older generations fled the city for the suburbs from the 1970s through the 1990s. Christians were among that exodus, Duncan said. Now, the seminary leader sees new hope in city demographics.

“From a Christian perspective, I’ve been really proud of watching younger Christians right now in Jackson,” he said. “They’re … from all kinds of ethnic and social backgrounds. And they’ve made a self-conscious decision to come into the city.”

In 2023, the seminary will root deeper in Jackson, moving to a new campus east of Interstate 55 in the heart of the city. “We don’t want to run away from these problems. We want to be a part of the renewal and the renaissance,” Duncan said.

The infrastructure still looks grim. Despite building pressure to 90 pounds per square inch at treatment plants, Jackson’s decaying pipes lose 40–50 percent of all water along the way. Lumumba estimates he’ll need $1 billion to $2 billion to fix all the water and sewer failures. Replacing all the obsolete lead pipes could cost billions more.

“I’m told this Jackson water system situation is a $1 billion–plus fix, and the Jackson tax base cannot support that. That is completely out of the realm of possibility for our current tax base,” Duncan said.

Leaders have yet to agree on a long-term solution for Jackson’s water woes. The governor says privatization is on the table. The mayor shakes his head at that idea but will consider a public-private partnership: a contract, perhaps, for a private company to manage Jackson’s water infrastructure while keeping the system under city control.

Some are calling for an infusion of capital like in Flint, Mich. After lead-laden water imperiled Flint’s health, state and federal government agencies have so far pumped in nearly a half-billion dollars to clean up the catastrophe.

The Jackson metropolitan area now boasts nearly 600,000 people, but just over a quarter of them live within the city limits. The capital city’s population has shrunk by 26 percent in the past 40 years, leaving behind a population that’s 82 percent black residents and mostly poor. 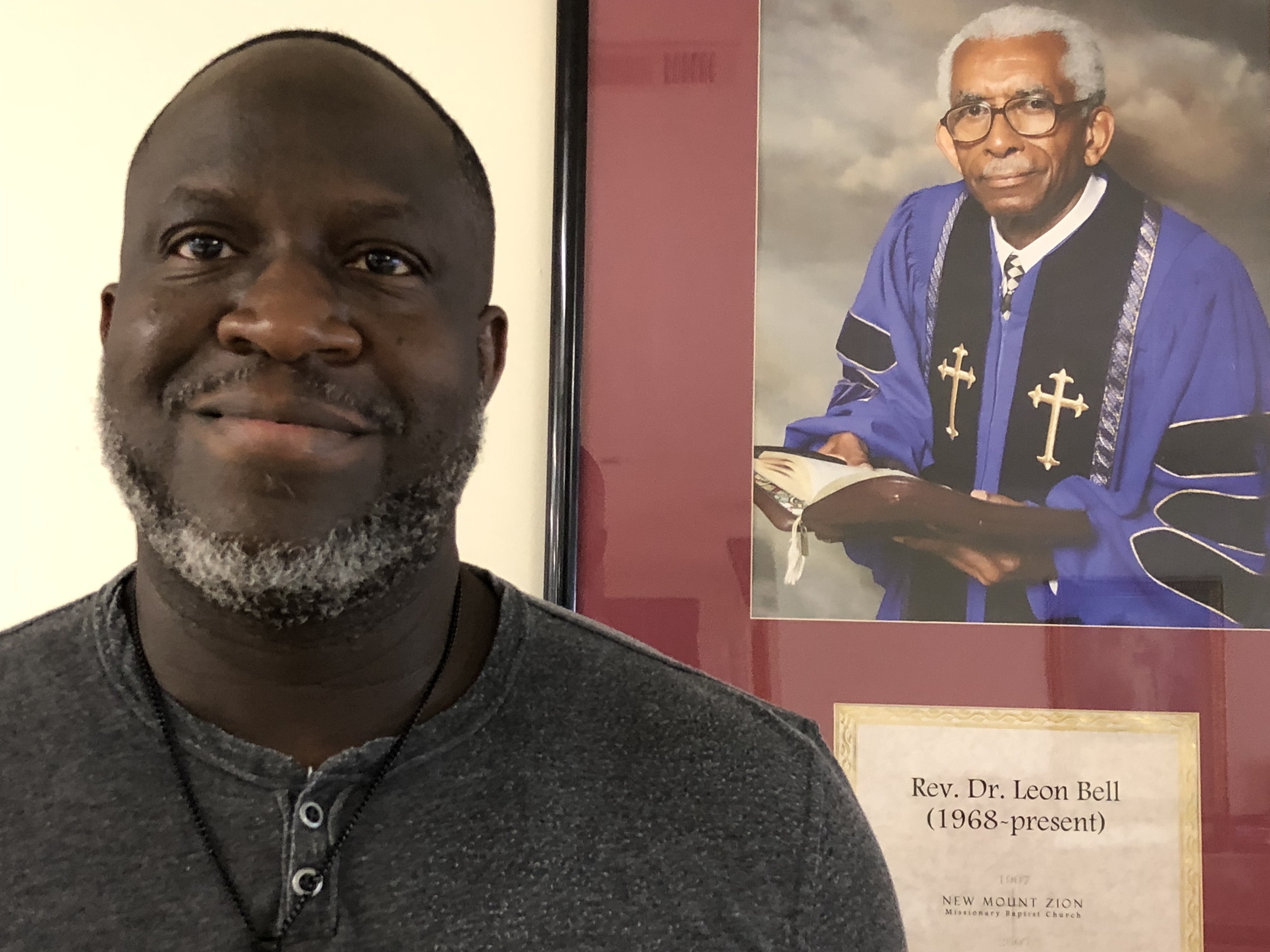 At New Mt. Zion church, a Wall of Fame features African American greats: Aretha Franklin, Ernie Banks, Michael Jordan, Fred Hammonds, Diana Ross, Dred Scott. But the favorite portrait for Tobias is Dr. Leon Bell, who led the church from the 1960s to Bell’s death in 2016. Bell, he said, would urge Jacksonians to pray, to beseech leaders for safe water, to vote their conscience and to believe that “man’s extremity is God’s opportunity.”

“Prayer is the number one thing, because none of this caught God off-guard,” Tobias said. “If we have funds to finance a war for billions of dollars, if funds can be made available for … pay[ing] off student loans, funds can be made available to cover infrastructure for pipes and water. … Individuals just have to say: We want the money to go there.”

Gary is a graduate of the World Journalism Institute midcareer course.