“It should be an easy day”

Beautiful, bright blue skies greeted many Americans on 9/11, but storm clouds were on the way

We remembered the terror attacks of Sept. 11, 2001, on Friday. Many millennials know about 9/11 without having any intimate knowledge of it. Garrett Graff’s gut-pounding The Only Plane in the Sky: An Oral History of 9/11 makes the day come alive, hour by hour. Here’s an excerpt, courtesy of Simon & Schuster. Graff’s book made WORLD’s short list for 2019 Book of the Year in the History category. —Marvin Olasky

Around the world, September 11th began as any other weekday. Congress was reengaging after its summer recess. In Herndon, Virginia, at the Federal Aviation Administration’s (FAA) national command center, Ben Sliney prepared for his first day running the nation’s airspace. Nearby, in Langley, Virginia, Gina Haspel began her first day at the CIA’s counterterrorism center. In Washington, D.C., FBI Director Robert Mueller—who had started in his new post just one week earlier, on September 4—was scheduled to appear at 8:00 a.m. for his first briefing on the FBI’s unfolding investigation of a terror group known as al-Qaeda and its bombing of the USS Cole the previous fall. Far from America’s shores, the captain of the U.S. Navy’s aircraft carrier USS Enterprise was just finishing a long tour enforcing the no-fly zone over Iraq and looking forward to returning home.

In New York City it was primary day; New Yorkers would choose the candidates vying to replace the man who had run their city for eight years, Rudy Giuliani. Millions of residents, workers, schoolchildren, and commuters awoke and began preparing for the day, many boarding trains, ferries, subways, and buses to make their way into Lower Manhattan. The FDNY’s director of fire education safety was particularly excited that Tuesday: he was set to launch a new toy, modeled on a New York firefighter, and had chosen the day carefully. The date, after all, seemed perfect for firefighters: 9-1-1.

Lt. Joseph Torrillo, director of Fire Education Safety, FDNY: Fisher-Price had a line of children’s toys called “Rescue Heroes” that kids loved. They had a police officer called Jake Justice, a lifeguard called Wendy Waters, an ambulance attendant called Perry Medic. They wanted a New York City firefighter—they were going to call him Billy Blazes. They would give me one dollar for every Billy Blazes sold around the world, money I would use in my public education program. They wanted to do a big press conference and introduce this new Rescue Hero to the world. I was scratching my head with the executives, and I said, “9-1-1 is the emergency phone number in New York City. Why don’t we have a 9-1-1 Day in New York?” So on 9/11 at nine o’clock in the morning, every TV station in New York City was waiting for me at Rockefeller Center to introduce this new Rescue Hero.

Herb Ouida, World Trade Centers Association, North Tower, 77th floor, and father of Todd Ouida, Cantor Fitzgerald, North Tower, 105th floor: As we did every morning, my son Todd and I left our home together to travel to work, because Todd was working at the World Trade Center for Cantor Fitzgerald. When we got down to Hoboken, I said to Todd, “Why don’t you take the ferry with me, it’s a beautiful day?” He said, “No, Dad, it’s too cold.” I told him, “Have a great day, sweetheart.” Those were my last words to Todd.

Richard Eichen, consultant, Pass Consulting Group, North Tower, 90th floor: I used to take the train every day to the Trade Center. I was sitting next to a friend—we belonged to the same golf club—and we were talking about how bad the food was. That was my biggest care in the world that day.

Ted Olson, solicitor general, U.S. Department of Justice: My wife, Barbara, was supposed to travel Monday, and my birthday was Tuesday. She decided that she was not going to go Monday. She did not want to be gone on the morning of my birthday, she wanted to be there when I woke up. I left for work very early in the morning—before 6:00—and she left shortly after to go to the airport. I heard from her before she boarded. This plane was scheduled to leave at 8:10 in the morning. We always called one another a lot during the day, sometimes very briefly. She called me at 7:30 or 7:40, before she got on the plane.

Rosemary Dillard, base manager, American Airlines: My husband, Eddie, had just acquired a house in L.A. and was going out to work on the house to get it in order so he could rent or sell it. We were driving out to Dulles, because Flight 77 was nonstop to L.A., and we were laughing. I remember him getting out, and he reminded me, “Before you go to work, get gas.” He kissed me. My last words to him were, “Be home by Thursday.”

Laura Bush, first lady of the United States, White House: I’d spent most of the morning going over the briefing that I was supposed to give that day to the Senate Education Committee. I was giving a briefing on the results from a summit that I’d had earlier in the summer on early childhood education. It was about nine months into George being president, and I was really hitting my stride as first lady.

Ada Dolch, principal, High School for Leadership and Public Service (HSLPS), New York City: It was primary election day. Our school building was going to be used for the very first time as a voting site.

Fernando Ferrer, Bronx borough president and candidate for New York City mayor: Hard primary campaign. My wife and I went to vote. It was all very nice, and our tracking polls gave me reason to be in a very good mood that day.

Sunny Mindel, communications director for the mayor of the City of New York, Rudy Giuliani: On September 11th, I was facing what I thought would be an easy day.

The storm of September 10th that swept across the Northeast, marking the passage of a strong cold front, preceded a high-pressure system of dry Canadian air that gave rise to a unique—and memorable—meteorological phenomenon known as “severe clear,” cloudless skies that made an enduring impression on all who would witness what transpired in the hours ahead.

Melinda Murphy, traffic reporter, WPIX TV, New York City: We would fly for the morning show from 7:00 a.m. to 9:00 a.m. I had 14 hits [TV appearances] a morning—people still remember me as the “Chopper Chick.” The sunrise that morning was incredible. We actually commented about how gorgeous the World Trade Center towers looked, reflecting this red sunrise—this crimson, gorgeous reflection like you’ve never seen ever.

Vanessa Lawrence, artist, North Tower, 91st floor: I was getting to the World Trade Center at six o’clock. The sun started coming up. I remember a beautiful sunrise. Walking in, you could see the red coming up through the windows.

Katie Couric, anchor, The Today Show: It was the perfect fall day, a little touch of autumn in the air. It was one of those back-to-school September days, full of possibilities, and, in its own way, a new beginning.

Bruno Dellinger, principal, Quint Amasis North America, North Tower, 47th floor: The sky was so pure. The air was so crisp. Everything was perfect.

Richard Paden, trooper, Aviation Unit, Pennsylvania State Police: A really nice morning, weather-wise. As pilots we say “Clear Blue and 22” when it’s blue skies and not a cloud in the sky.

Lt. Col. Tim Duffy, F-15 pilot, Otis Air Force Base, Cape Cod, Massachusetts: One of the prettiest days I’ve ever flown—literally there was not a cloud in the sky and visibility was probably better than a hundred miles. It was crystal clear.

Sen. Tom Daschle (D-South Dakota), Senate Majority Leader: One of the most beautiful days of the year.

Jeannine Ali, controller, Morgan Stanley, South Tower, 45th floor: There has never been as brilliant of a blue sky as there was that day.

Julia Rogers, page, U.S. House of Representatives: One of those days that you wish you could put in a bottle.

President George W. Bush began his morning in Sarasota, Florida, where he was set to read to elementary school students as part of his push for the No Child Left Behind legislation. His new administration was still finding its legs after a rocky transition period shortened by the bitter Bush v. Gore Florida recount and the controversial Supreme Court decision that declared him the winner of the 2000 election—a decision many still disputed in September 2001.

Gordon Johndroe, assistant press secretary, White House: The day started off very normally—the president went for a run, and I took the press pool out with the president. I remember I got stung by a bee, and I asked [White House physician] Dr. [Richard] Tubb if he had something he could give me for the swelling. He said, “Yeah, we’ll get you something when we get to the airplane.”

Sonya Ross, reporter, Associated Press: It was a garden-variety trip. It was low-ranking staff, and a lot of the top journalists didn’t come. It was a scrub trip.

Mike Morell, presidential briefer, Central Intelligence Agency: I walked into his suite for the president’s morning intelligence briefing; he was surrounded by breakfast foods and hadn’t touched any of it. The second intifada was well under way then, and the briefings at that time were very heavy on Israeli-Palestinian stuff. There was nothing in the briefing about terrorism. It was very routine.

Andy Card, White House chief of staff: The president was in a great mood. He had that George W. Bush strut that morning.

B. Alexander “Sandy” Kress, senior education adviser, White House: Those were probably the last carefree moments he had in his term.

From The Only Plane in the Sky: An Oral History of 9/11 by Garrett M. Graff. Copyright © 2019. Published by Avid Reader Press, an Imprint of Simon & Schuster Inc. All rights reserved. Used with permission. 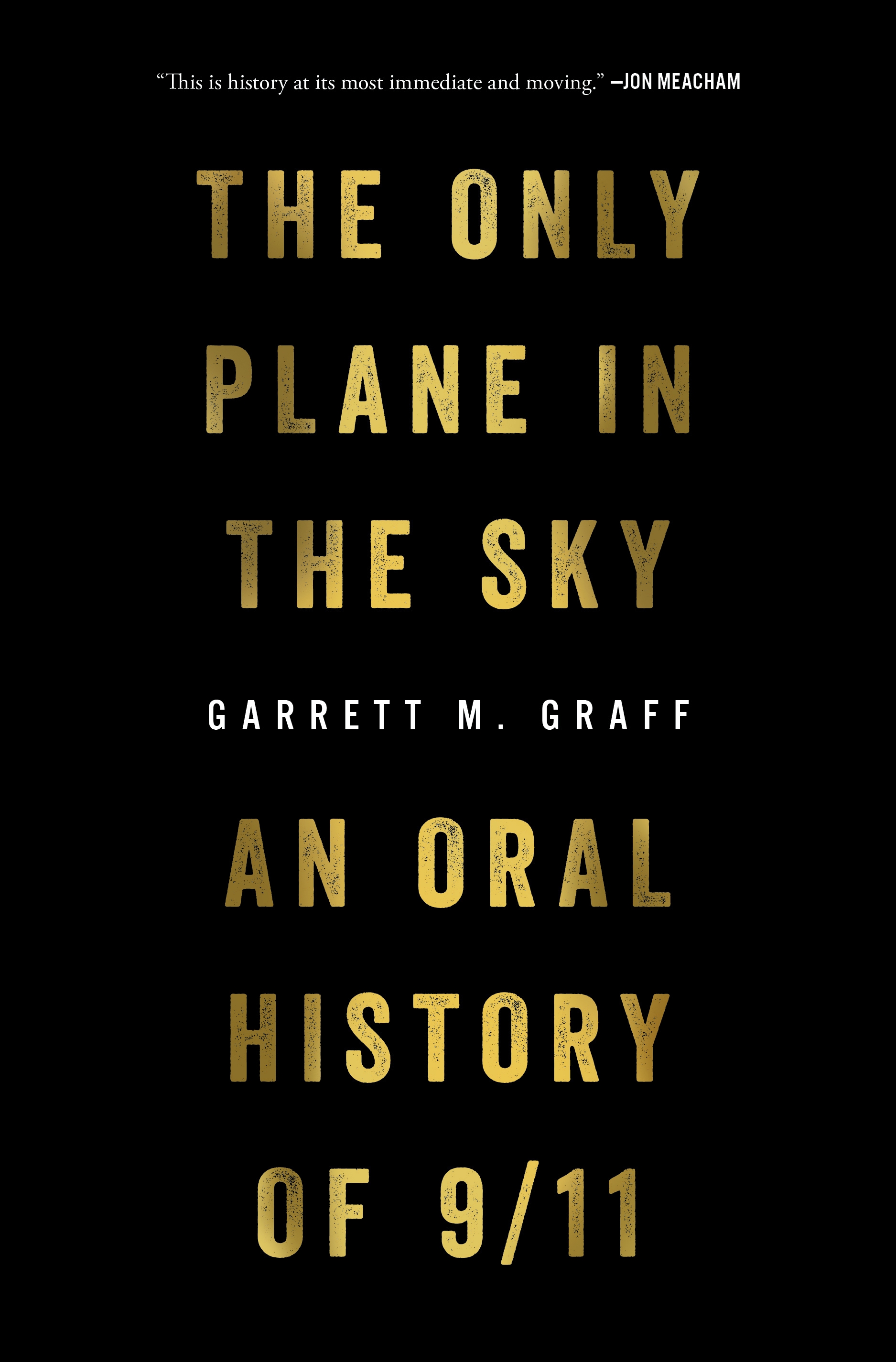 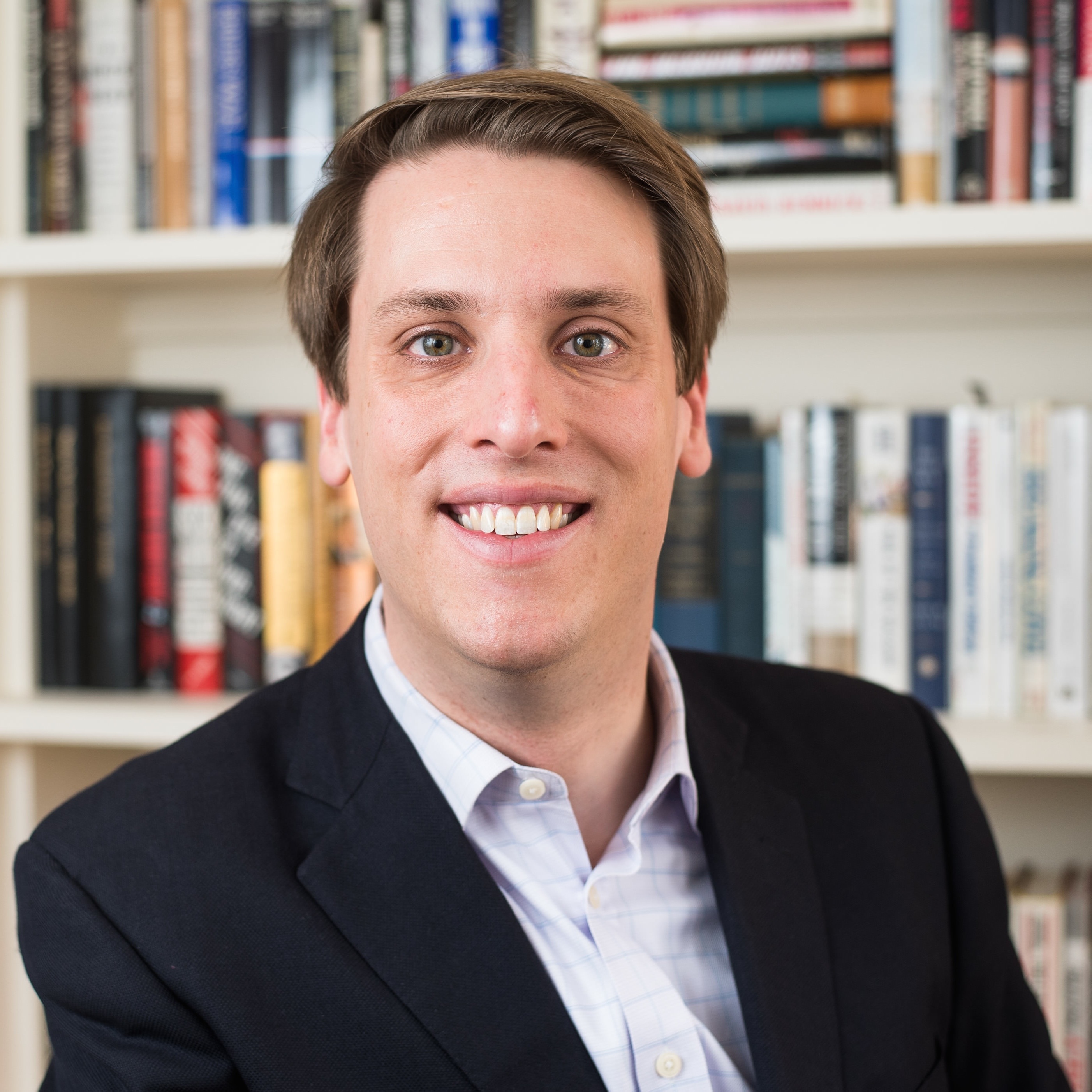 Garrett M. Graff Garrett is an author, journalist, and historian and serves as director of the Aspen Institute’s cybersecurity and technology program.
COMMENT BELOW