Protesters calling for Israeli Prime Minister Benjamin Netanyahu’s resignation gathered outside his official residence and his beach house in central Israel while thousands flooded intersections across the country last weekend. Some held signs that read, “Crime Minister,” and, “Make Israel Free Again,” and many pledged to return to the streets this weekend. Police said they detained at least 12 demonstrators and cleared out others from the prime minister’s residence.

Despite the formation of a new coalition government in April that has Netanyahu’s party sharing power with its biggest rival, Israelis remain frustrated. The leadership’s response to the coronavirus pandemic, a faltering economy, and Netanyahu’s corruption trial have sparked what have been the largest anti-government protests the country has seen in nearly a decade.

After the first COVID-19 cases surfaced in March, Israeli authorities enforced strict border and health measures, reducing the country’s number of active infections to single digits by early May. But after lifting restrictions and reopening the economy, Israel now faces a more deadly second wave, reporting nearly 2,000 new cases each day in late July. The nation of 9 million people has recorded more than 78,000 confirmed cases.

Israel also is battling an economic crisis with an unemployment rate of 21 percent. Netanyahu tried to quell criticism by announcing cash handouts to about 1.2 million Israelis under the government’s coronavirus stimulus plan. But many have dismissed the offer as a bribe and an insufficient solution.

Meanwhile, the prime minister continues to fight accusations of corruption. Netanyahu has denied the charges, which include collecting more than $1 billion in bribes to obtain nuclear submarines from a German company and two cases involving deals with media companies in exchange for positive coverage of his administration. He is the first Israeli prime minister indicted while in office and has a hearing scheduled in his case beginning on Dec. 6.

Last week, an Israeli artist set up a pop-up life-size sculpture of Netanyahu called the “Last Supper of Democracy.”

At a Cabinet meeting on Sunday, Netanyahu denounced the protesters and accused the media of fueling unrest and ignoring the “wild and unfettered incitement” of the demonstrations. He said the protests contribute to the spread of the coronavirus and called for an end to all violence.

The same day, a court ordered the prime minister’s son Yair Netanyahu to remove a post on Twitter revealing the names and contact information of protesters and calling on people to stage counterdemonstrations outside their homes. The order banned him from harassing the demonstrators for six months.

Joel Rosenberg, an Israeli American and co-founder of the Alliance for the Peace of Jerusalem, noted that the majority of protesters wanted Netanyahu out of office before the latest upheaval, adding that the government needs to focus on the crisis on the ground.

“I don’t think the protests yet reflect a broader view that people are ready to go to the polls over it, but it is rising,” Rosenberg said. “The only way forward is for Israel to solve the COVID crisis and reopen the economy fully, and they have to figure out how.” 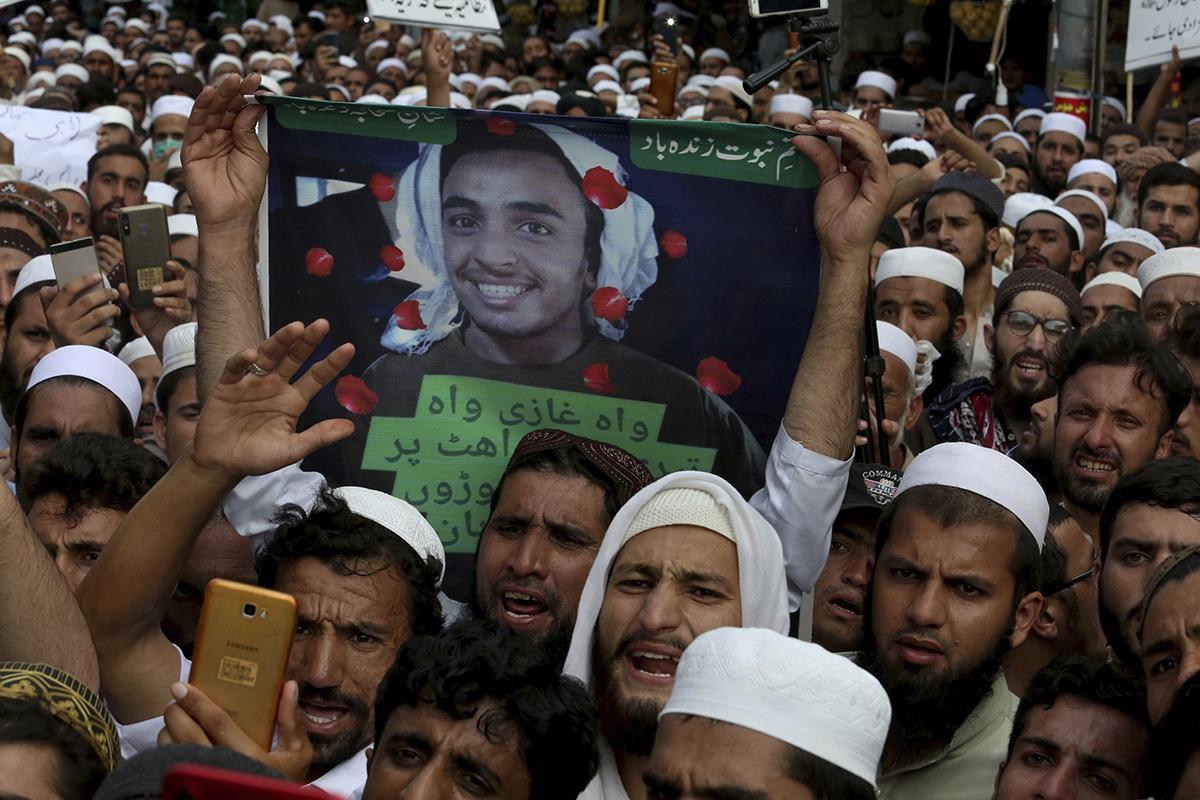 A gunman walked into a courthouse in Peshawar, Pakistan, and shot and killed a U.S. citizen last week. Authorities immediately arrested Faisal Khan on charges of killing Tahir Ahmed Naseem, an Ahmadi Muslim who was on trial for claiming to be a prophet, officials said. Khan called Naseem an “enemy of Islam.”

Thousands of radical Muslims have rallied for the suspect’s release. “Faisal did what the government should have done two years ago,” demonstration leader Mufti Shahabuddin Popalzai said.

The U.S. State Department said individuals lured Naseem to Pakistan and entrapped him with its strict blasphemy laws. The United States called for immediate blasphemy law and court reforms. Human rights activist Gulalai Ismail criticized Pakistan’s lack of collective response to the killing: “Instead, those who condemned the murder are reassuring people of their Islamic faith. They know anything more than a tweet will get them killed, too.” —Julia A. Seymour 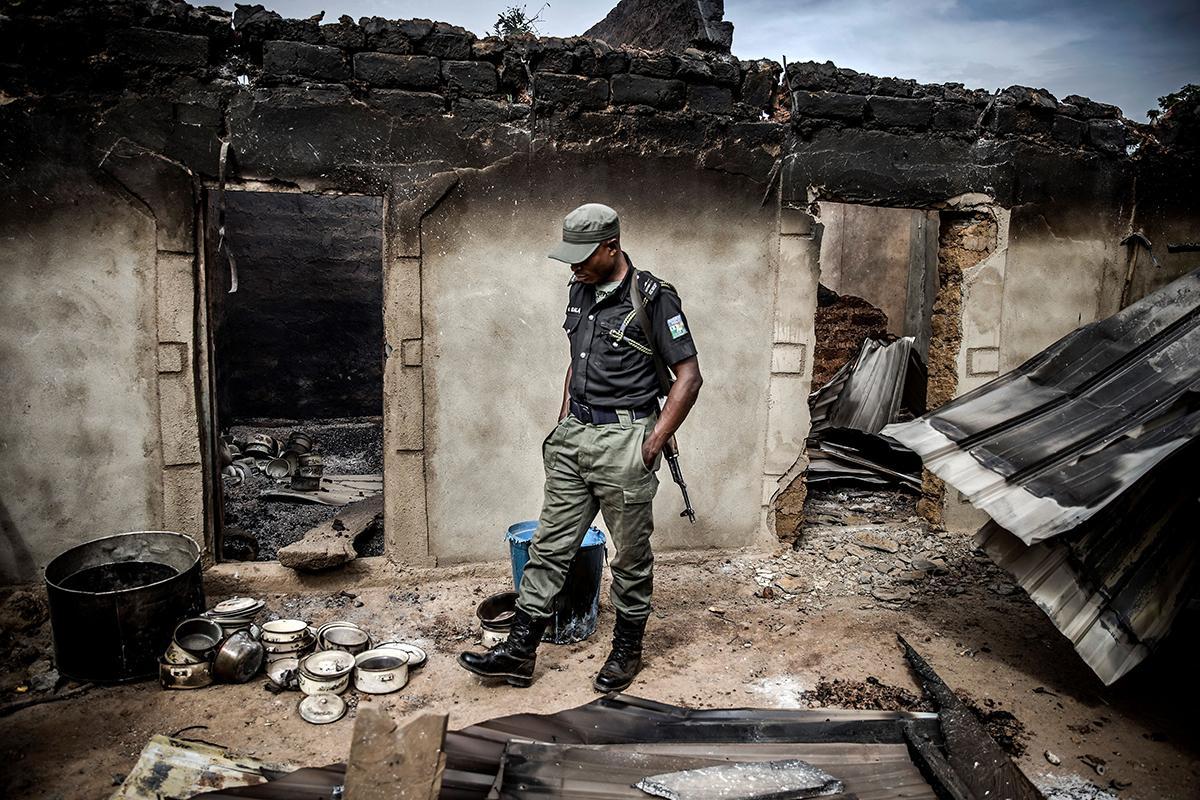 The attackers carried guns and rode motorcycles into the village on July 29, Rachael Nuhu, a resident of the Agbadu-Daruwana community, told Morning Star News. “This is not the first time they’re attacking our communities, as other villages around us had been attacked in a similar way by these herdsmen,” she said.

State police Commissioner Ede Ayuba said only one member of the affected family survived. The victims were all members of the village’s Bethel Baptist Church, according to the All Africa Baptist Fellowship. “All the community members, mainly Christians, have all fled,” the group noted in a since-deleted Facebook post asking for prayers for the community. —O.O. 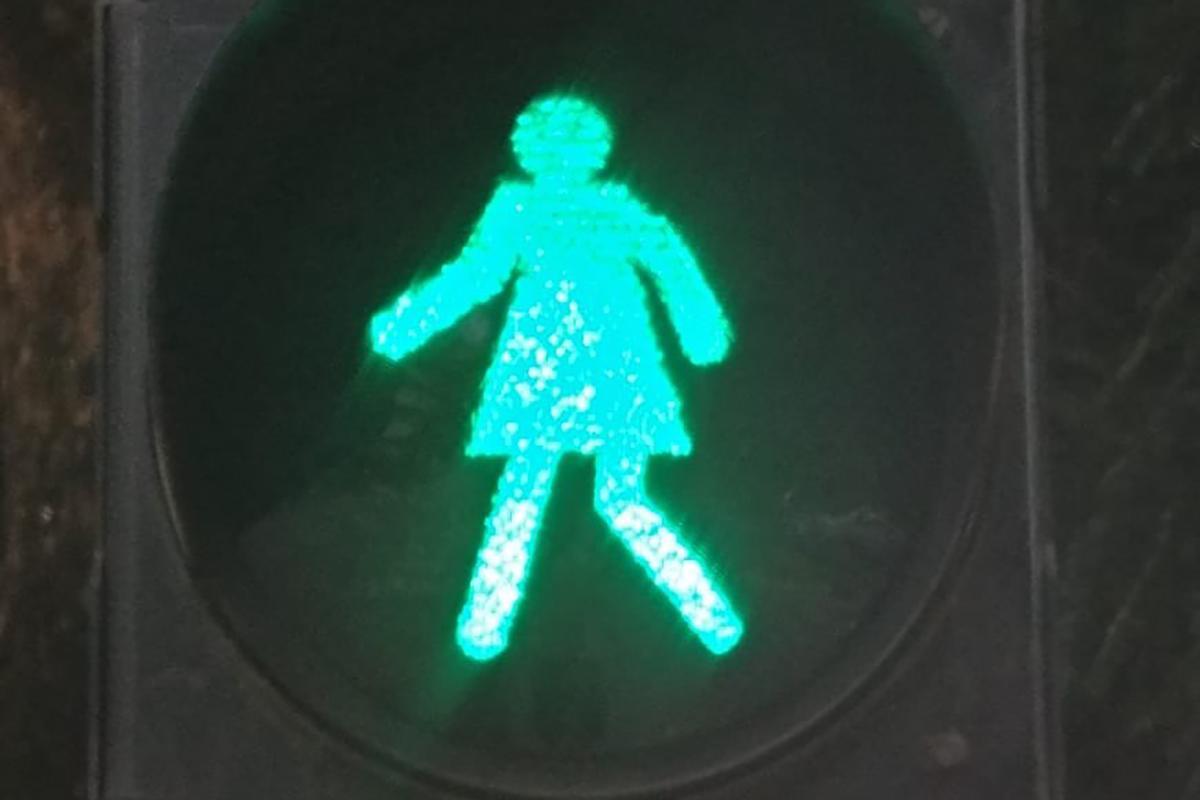 Pedestrians at more than 100 traffic crossings in Mumbai, India, will start to see red and green figures in dresses on traffic lights, city officials announced this week. The shift is part of a larger urbanization initiative that Tourism and Environment Minister Aaditya Thackeray called “Culture Spine.”

Social media users lauded the change as a step toward changing Indian society’s opinion of women in public spaces. India ranked as the world’s most unsafe country for women in 2018. Mumbai already runs women-only coaches on suburban trains to ensure their safety, and Delhi last year announced free bus rides for women. —O.O.

Authorities are investigating whether Lee’s Shincheonji religious group hindered the government’s response to the coronavirus pandemic. Prosecutors pushed for the leader’s arrest to prevent evidence tampering. The secretive, heretical sect has denied allegations that it hid church members and undercounted gatherings to avoid quarantine rules.

More than a third of South Korea’s 14,336 confirmed coronavirus cases are linked to the sect, which forbids face masks at weekly services and told followers to attend even while sick. —J.A.S.

The spirit of lawlessness exists everywhere, in the media, schools, governments, churches and in the streets for those who worship it.  When the Holy Spirit is not indwelling us, this is the result.

Is Antifa in Israel too?