The coronavirus upends the 2020 presidential campaign

But just two weeks later, the party’s front-runner a near-forgotten man—buried under a landslide of coronavirus pandemic news. And getting back in the headlines may prove difficult: At least 10 states have delayed their primaries by weeks or months.

Meanwhile, Biden’s chief rival, Sen. Bernie Sanders, I-Vt., has resisted calls to withdraw from the race despite being way behind in the delegate count, and the nation’s COVID-19 lockdown means no rallies, fundraisers, hand shaking, or baby kissing. All of that adds up to a Biden campaign stuck in neutral.

“The whole country is focused on one issue and one issue only,” Teddy Goff, a top digital strategist for Democratic presidential campaigns in 2012 and 2016, told The New York Times. “It’s certainly going to be very difficult to break through on other issues. But it’s essential for the person who’s highly likely to be our Democratic nominee to have a strong voice on this issue.”

After taking criticism for his disappearance from the public eye (a #WhereIsJoeBiden hashtag popped up on social media), Biden unveiled a COVID-19 policy plan. He also set up a virtual studio with a lectern in front of a bookshelf at his Delaware home. He has since streamed news appearances and addresses to supporters, saying President Donald Trump and his administration’s response to the outbreak had “severe shortcomings.”

The Biden campaign turned scheduled stops in Chicago and Miami into “virtual events.” He held town hall meetings with supporters by telephone, and his campaign floated the idea of a fundraising push in which some voters could win the chance to video chat with Biden, according to ABC News.

Meanwhile, the Sanders campaign stopped soliciting donations amid the pandemic. Instead, it turned to relief efforts, raising $2 million for charities such as Meals on Wheels and the Restaurant Workers’ Community Foundation.

Sanders told reporters that the virus “obviously impacted our ability to communicate with people in the traditional way, and that’s hurting us.” Like Biden, he set up shop in his Vermont home, where he has hosted online forums and addressed supporters in live “fireside chats.”

In a livestream event on Wednesday that drew less than 5,000 viewers, Sanders focused almost entirely on the details of the $2 trillion emergency aid package under consideration in the Senate, barely mentioning his rivals or his presidential campaign. Toward the end of the call, he said, “The goal right now is to do our best … to take on Trump and the Republican Senate.”

The Democratic National Committee held March’s presidential debate with no live audience. It will host the next debate, planned for sometime in April or later, in Washington instead of Phoenix to cut down on travel.

On the Republican side, Trump has had to cancel rallies, too. In a statement to WORLD, Sarah Matthews, a deputy press secretary for the Trump campaign, said reelection efforts were focused on using “digital campaign tools we have been fine-tuning since 2015.” She said Trump supporters made 1.5 million calls from their homes last weekend and kept working on voter registration efforts.

“Everyone has heard about the [COVID-19] story and been forced to make at least subtle changes to deal with it,” said Kyle Kondik with the University of Virginia Center for Politics. “There is also the economic impact, which seems likely to be severe, at least in the short term.”

While many aspects of the pandemic affect all three candidates evenly, Trump has two major advantages. He has already consolidated his support within his party, and he’s sitting on a massive campaign war chest. Biden has neither.

Trump’s handling of the COVID-19 crisis, despite criticism in the news media, seems to be helping him politically. This week, Gallup reported the president’s approval rating had risen to 49 percent—tied for the highest of his presidency.

Republican strategist Jordan Powell agreed the coronavirus had put the 2020 presidential election “on the back burner.” But he said what’s going on now would affect the election more than any rally: “How the president continues to handle the immediate crisis, and the aftermath, could possibly determine his fate on Election Day.” 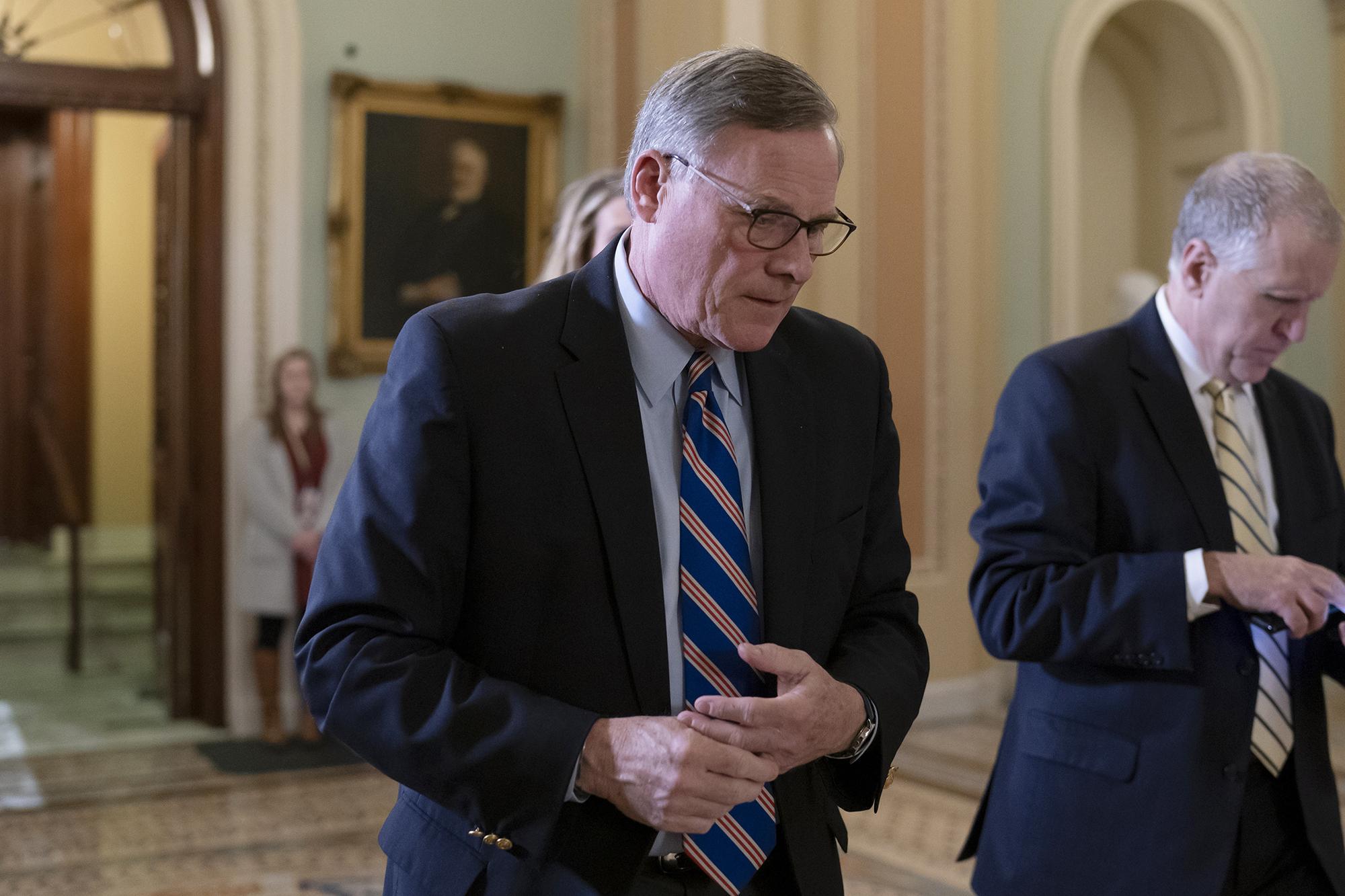 An investor in Wyndham Hotels sued Sen. Richard Burr, R-N.C., for fraud because he sold stocks shortly before the COVID-19 pandemic sent the market plunging.

On Monday, Alan Jacobson claimed Burr breached federal law by profiting off of information he received in private government briefings. The 2012 Stock Act prohibits lawmakers from basing their investment decisions on information not publicly available.

As part of a selloff of up to $1.7 million in stocks, Burr dumped Wyndham shares worth as much as $150,000. He has denied wrongdoing and said he would submit to an ethics investigation. Sen. Dianne Feinstein, D-Calif., and GOP Sens. Jim Inhofe of Oklahoma, Ron Johnson of Wisconsin, and Kelly Loeffler of Georgia also aroused suspicion with stock sales they made before the market’s recent nosedive. Some have denied being involved with the decisions about their portfolios. —H.P. 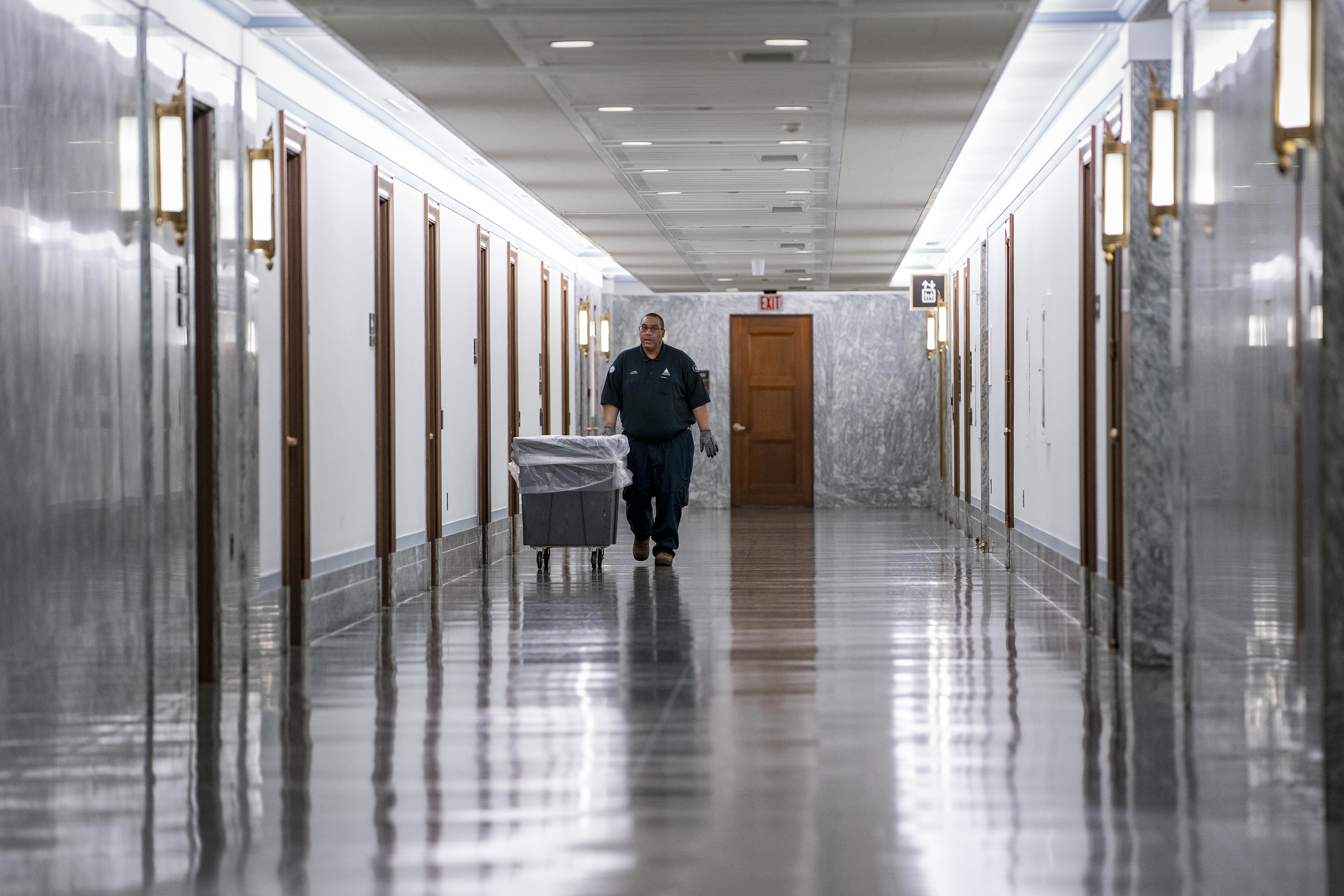 Rep. Katie Porter, D-Calif., announced Wednesday she has quarantined herself while awaiting the results of testing for the disease caused by the new coronavirus. The freshman lawmaker said she had a 100.4-degree fever over the weekend, prompting her to call her doctor. As of Thursday afternoon, at least 36 members of Congress had self-isolated after coming into contact with an infected individual or as a precautionary measure.

Sen. Rand Paul, R-Ky., is the only senator so far with a positive diagnosis. Sen. Mitt Romney, R-Utah, said on Tuesday that he tested negative but would still self-quarantine in case symptoms arose.

Some lawmakers, including Sen. Ted Cruz, R-Texas, are nearing the end of their isolation or have already finished and headed back to Capitol Hill. Cruz encountered an infected individual at the Conservative Political Action Conference near Washington at the end of February. —H.P. 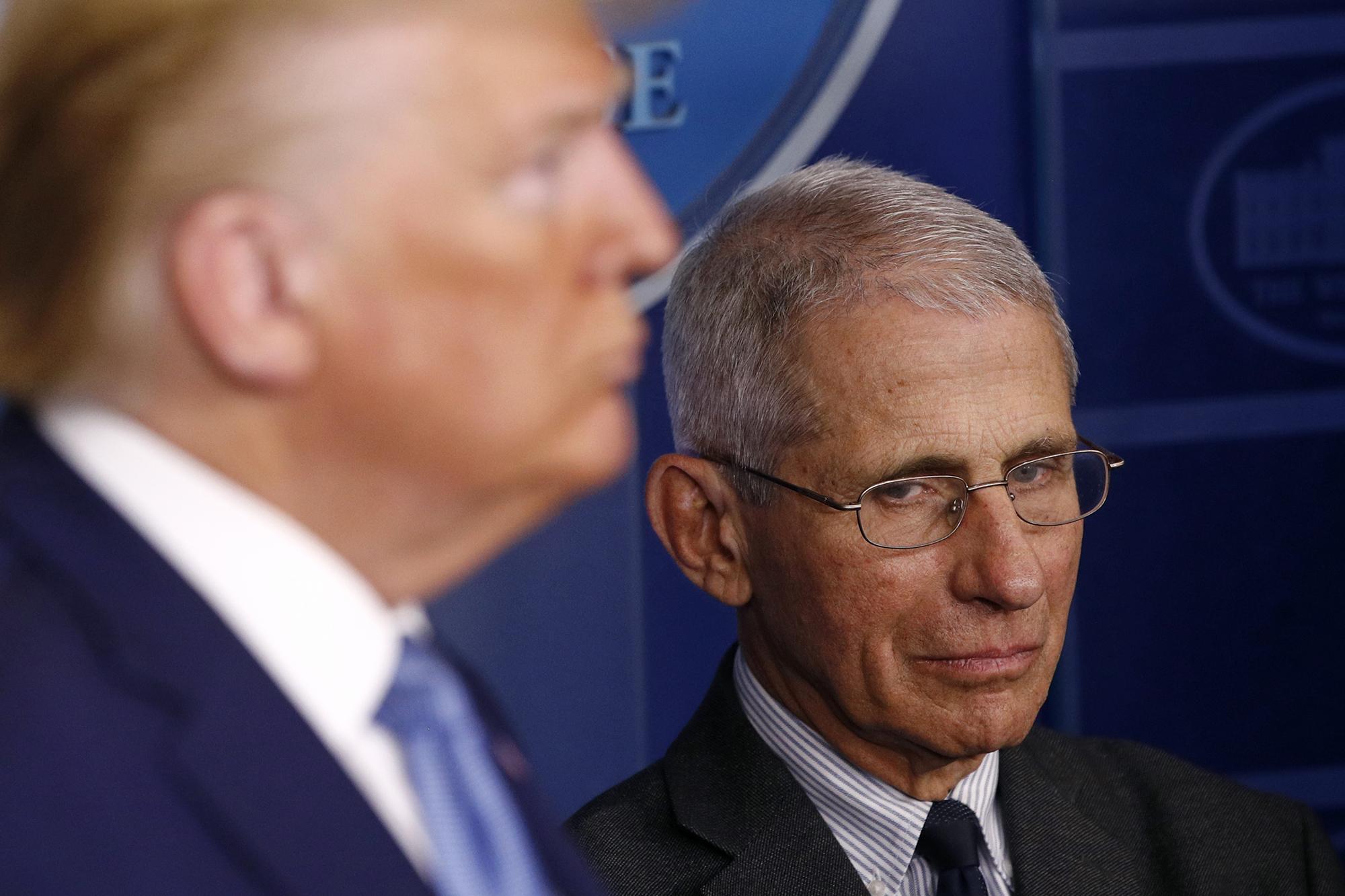 Dr. Anthony Fauci, the head of infectious diseases at the National Institutes of Health, has at times contradicted President Donald Trump when the two appear together at daily press briefings. After Fauci missed several news conferences, reporters speculated he had fallen out of favor with the president. But he returned this week, and Trump voiced confidence in both him and Dr. Deborah Birx, the White House coronavirus response coordinator, saying, “I will be guided very much by Dr. Fauci and by Deborah and by some of the other professionals.”

In an interview with Washington’s WMAL-FM, Fauci said the president has listened to him: “When I have made recommendations, he has taken them. He’s never countered or overridden me.” —J.C. Derrick