The report showed declines even in countries that historically had the most children adopted in the United States, including China, Ethiopia, and Haiti. India and Colombia saw modest increases, but tumbling numbers in almost every other country offset those gains.

In the report, the State Department washed its hands of any responsibility for the decrease, citing external factors and mismanagement by U.S. adoption service providers. China, with a drop of more than 22 percent, accounted for much of the decline, something the report attributed to improved economic circumstances and domestic permanency options in the country. The report also noted that China passed a law in 2017 restricting the activities of foreign nongovernmental organizations that incidentally limited the work of some U.S. adoption service providers.

The second largest drop in intercountry adoptions last year was in Ethiopia. The Ethiopian government banned intercountry adoptions in early 2018, citing corruption and ethical concerns. The State Department report backed up the charge, saying problems such as U.S. families not complying with post-adoption reporting, unregulated custody transfers, and concerns about misconduct were “barriers and threats to the vitality of intercountry adoption.”

But many international adoption advocates in the United States argue the report masks the real story—one in which the number of orphans languishing in institutional care and parents willing to adopt them has increased while onerous regulations and costs have strangled compliant, ethical U.S. adoption service providers.

“This is what happens when you only impose overbearing regulations that make it increasingly difficult to facilitate intercountry adoption,” said Chuck Johnson, the president and CEO of the National Council for Adoption. An NCFA statement released after the State Department report contended that since the department’s Office of Children’s Issues assumed responsibility for adoption in 2008, it has focused almost all of its attention on regulating intercountry adoption, not advocating for it.

Ryan Hanlon, the vice president of NCFA, told me that while he does believe bad actors exist in the adoption industry and regulations are needed, the State Department is so focused on preventing corruption that it isn’t willing to collaborate with adoption advocates, a stance that is “impacting real children who aren’t joining families.”

He also said tens of thousands of orphans still languish in orphanages in China despite economic growth and the rise of the country’s middle class. “The [State Department’s] legacy in adoption is shallow unmarked graves of orphaned children,” Hanlon said.

Without substantial changes, Hanlon said he expects the 2019 numbers to be far worse than 2018.

“NCFA hopes that the leadership at the Department of State will take responsibility for their role in contributing to this human rights disaster and reverse course immediately,” Johnson said. “Otherwise, we can expect more of the same disastrous and deadly policies of the past 11 years.” 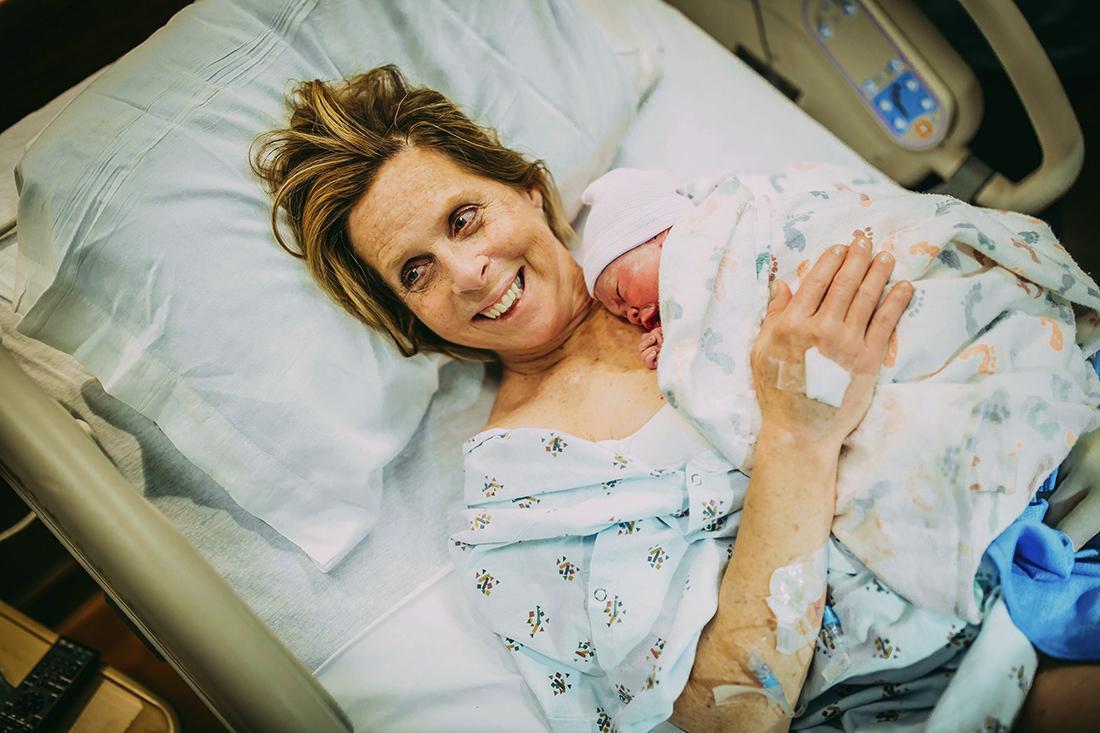 In a story that exemplifies the confusing reality of expanded marriage laws and assisted reproductive technology, a 61-year-old Nebraska woman gave birth to her biological granddaughter last month. Cecile Eledge served as a gestational surrogate for her son, Matthew Eledge. Eledge and his same-sex spouse, Elliot Dougherty, plan to raise the baby, who was conceived via in vitro fertilization with Eledge’s sperm and an egg from Dougherty’s sister. Cecile Eledge, who had already gone through menopause, offered to carry the baby and was approved as a surrogate after extensive screening. She got pregnant on the first IVF attempt and delivered a baby girl named Uma on March 25 at Nebraska Medical Center in Omaha.

“This story has been widely celebrated because it made the adults happy,” Katy Faust, the founder and director of Them Before Us, a group that advocates for the rights of children in social policies, told me. “But their happiness came at a great cost to the child.”

She said surrogacy always costs children a relationship with the only parent they know on the day of their birth—the surrogate mother.

“All adults—gay or straight, single or married—should recognize children’s right to be known and loved by their mother and father, and order their lives accordingly,” said Faust, who herself was raised in a home with a same-sex relationship. “Justice is never served when the weak are forced to sacrifice for the strong.” —K.C. 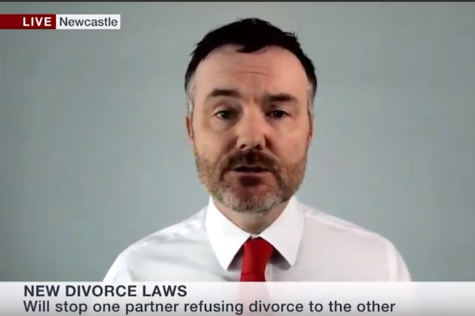 The British government announced plans on Tuesday to introduce legislation legalizing no-fault divorce in response to a recent public survey that revealed widespread support among citizens.

Current British law requires couples either to prove misconduct, such as adultery by one spouse, or live apart for a fixed period of time before they can divorce. Under the proposed law, couples would only be required to declare their marriage had permanently broken down.

Last year, the U.K. Supreme Court ruled that a 68-year-old woman could not divorce her husband because she could not prove “unreasonable behavior,” sparking public outrage and calls for an update to laws that have remained untouched since 1973.

Advocates of the update argue the current system pits spouses against each other, making divorce more acrimonious than necessary. But pro-family advocates say the new proposal is simply “greasing the tracks to divorce.”

Simon Calvert, deputy director of the U.K.-based Christian Institute, predicted that the changes in the law would lead to an increase in divorces and the misery they cause families.

“If we think that marriage is important, we should not be making it easier to get out of marriage than it is to get out of your mobile phone contract,” he told BBC News. “We have to reflect the significance and importance of the marriage commitment by requiring people to provide evidence for why their marriage should end.” —K.C.

Toy sharing subscription services are growing in the United States, likely bad news for already struggling brick-and-mortar toy stores but good news for parents overwhelmed by closets of plastic trinkets. Each month, the services send children a few new toys that parents either purchase or send back at the end of the month. The companies claim they reduce plastic waste and save parents money. —K.C.