Hundreds killed in extremist attacks over the Christmas break

On Christmas Eve, extremists with the Islamic State West African Province (ISWAP) killed at least five people and abducted several others in Garkida, home to one of the first missionary settlements in northern Nigeria. Witnesses said the insurgents burned at least three churches, including two belonging to the EYN Church of the Brethren, which began in the town. “The church said they spent Christmas Eve in the bush and that some houses were selectively burned,” said Zakariya Musa, EYN’s media spokesperson.

Garkida is one of several communities in Nigeria and other African countries that recorded intensified extremist attacks over the holiday.

In a separate attack on the same day on a village in northeast Nigeria, residents said Boko Haram insurgents killed seven people, burned down another EYN church, stole medical supplies and food, and abducted a preacher. Musa said the attackers targeted at least three more towns on Dec. 26. They destroyed several properties, including churches rebuilt in 2014.

In a video released on Dec. 29, ISWAP extremists executed five Christian men dressed in orange robes “as a warning to Christians in all parts of the world and those in Nigeria.” It remains unconfirmed if the executions are linked to the attack days earlier in Garkida.

“It’s a sense of deja vu, the same way the Islamic State would do it in Iraq or Syria,” said Illia Djadi, a senior analyst with Open Doors.

On New Year’s Eve in eastern Democratic Republic of Congo, insurgents with the Allied Democratic Forces (ADF) rebel group killed at least 25 people and kidnapped several others. The rebels mostly targeted farmers working on their fields. “We are in mourning,” said Sabiti Njiamoja, the regional government representative. The ADF began in neighboring Uganda and ramped up its attacks in the region after the Congolese military launched an offensive last year.

Niger marked three days of mourning after more than 100 civilians died in attacks on two villages in the country’s restive western region on Jan. 2. No group claimed responsibility, but local officials said the attacks came after residents killed two rebel fighters. Extremist groups affiliated with al-Qaeda and the Islamic State remain active in Niger, and the country also battles spillover from the unrest in Mali and Nigeria.

The same day, al-Shabaab claimed responsibility for a suicide bombing in the Somali capital of Mogadishu that killed five people and wounded 14 others. It’s the second time extremists targeted a road construction project led by a Turkish company. Officials confirmed the dead include two Turkish nationals.

In Mali, two French soldiers died and another sustained injuries after an improvised explosive device struck their armored vehicle. Al Qaeda’s North Africa wing claimed the attack. Some 50 French soldiers have died in the nation since France began aiding the country’s fight against extremism in 2013.

Djadi called on the countries’ governments to protect civilians, especially in vulnerable communities. Despite the attacks, Bishop Oliver Dashe Doeme of Maiduguri told Aid to the Church in Need he remains undaunted. “The attacks are to make the communities scared and to spoil the Christmas celebrations,” he said. “We will never allow our faith to be taken away by evil.” 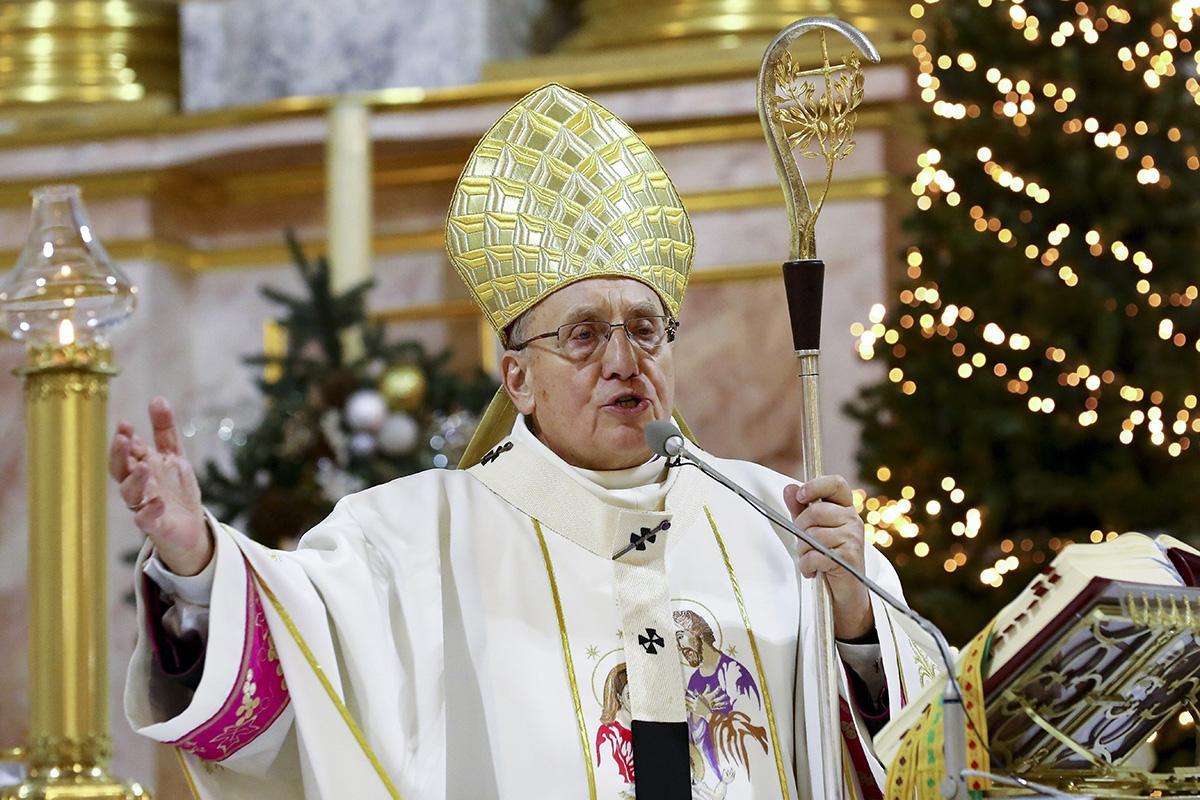 Pope Francis on Sunday accepted the resignation of Archbishop Tadeusz Kondrusiewicz. Belarusian authorities blocked Kondrusiewicz from entering the country for months after he criticized the government’s response to protests.

The Vatican confirmed Kondrusiewicz, who just turned 75 and leads the Minsk-Mohilev diocese, had resigned and appointed an apostolic administrator to serve as an interim leader.

Kondrusiewicz angered Belarusian President Alexander Lukashenko by defending the rights of anti-government protesters calling for the president’s resignation after a disputed election on Aug. 9. Authorities refused to let him enter the country that month after a trip to neighboring Poland. Lukashenko accused him of “delving into politics and dragging believers” into it.

Kondrusiewicz returned to the country on Christmas Eve after Pope Francis sent a former Vatican ambassador to meet with Lukashenko. Although Catholic bishops submit their resignations when they turn 75, they usually remain in office longer. —O.O. 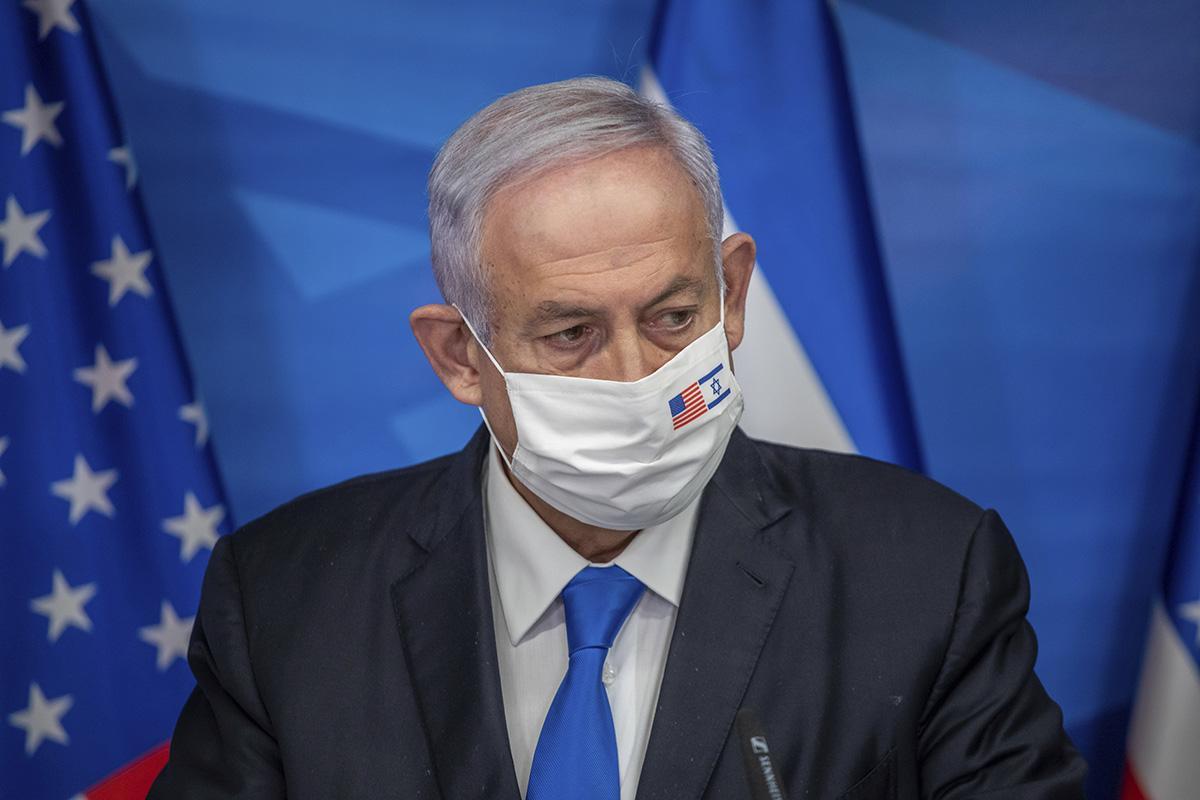 Thousands of Israelis on Saturday gathered outside Prime Minister Benjamin Netanyahu’s official residence and at other locations across Jerusalem with flaming torches and posters that read, “Everyone is equal before the law.”

Protesters say Netanyahu cannot effectively lead the country after his corruption trial resumes later this month. They are also angry over how his government handed the coronavirus pandemic. Israeli voters head to the polls in March for the fourth national election in two years.

The prime minister is facing accusations of fraud, breach of trust, and accepting bribes in three cases. Prosecutors on Sunday released a letter detailing more than 300 requests for an Israeli news outlet to publish more positive stories about Netanyahu’s family, delete unfavorable stories, and alter headlines. The allegations say the prime minister was directly involved in 150 of the incidents. Netanyahu has denied all the charges. —O.O.

Ghaith Hussein al-Alou, 6, was gathering firewood with his sister and cousin on New Year’s Eve in Sarmin, Idlib, when he picked up an unexploded cluster bomb. It detonated in his hands, and Ghaith later died at a hospital in Turkey. His sister and cousin both survived.

Syria Relief, which runs the school 400 meters away from where the incident happened, said the bomb was left behind after an attack on the school a year earlier on Jan. 1, 2020.

Idlib is the last stronghold of rebel and Islamist groups that have struggled to overthrow President Bashar al-Assad’s regime since 2011. “Too many children in Syria have been killed whilst going to school, sleeping in their beds or gathering firewood, like Ghaith,” said Othman Moqbel, Syria Relief’s chief executive. —O.O.

South Korea has recorded a dip in its population for the first time in the country’s history. Census data released over the weekend recorded 51,829,023 South Koreans at the end of December, 20,838 fewer people than the country reported at the same time the previous year. The records also reported a record low 275,815 births and 307,764 deaths—the first time the number of deaths surpassed births.

South Korea is battling an aging population and low fertility rates. The central bank of Korea warned that the ongoing pandemic would likely accelerate those trends. The government is trying to encourage people to get married and have babies, offering monthly cash allowances for children younger than one year, cash payment for pregnant women, and expanded benefits for families with multiple children. —O.O.