Inside voices outside abortion centers

Volunteers outside of Planned Parenthood on Liberty Avenue in downtown Pittsburgh Facebook/40 Days for Life, Pittsburgh

A federal appeals court on Oct. 18 gave pro-life sidewalk counselors outside a Pittsburgh abortion facility the green light to enter the so-called “bubble zone.” Pro-life volunteers who want to speak with women entering the abortion facility can now stand closer to the door and don’t have to raise their voices to be heard, said Nikki Bruni, Pittsburgh director of 40 Days for Life. She and other volunteers tell women about nearby clinics that provide free ultrasounds, pregnancy tests, sexually transmitted disease testing, and other help. They also give women information about fetal development.

The 3rd U.S. Circuit Court of Appeals’ decision upheld a 15-foot buffer between abortion facilities and pro-life protesters imposed by a Pittsburgh ordinance. But the judges also said the zone did not apply to sidewalk counselors, who previously had to stay outside a yellow, spray-painted semicircle in front of Planned Parenthood’s Liberty Avenue location. Judge Cheryl Ann Krause said that the law didn’t prohibit “peaceful one-on-one conversations on any topic or conducted for any purpose at a normal conversational volume or distance.” Six days later, the court similarly upheld a Harrisburg, Pa., ordinance that required a 20-foot buffer.

Bruni said a typical shift in front of a Planned Parenthood facility lasts about two hours. During that time, she gives resources to an average of 10 women entering the facility and talks with three or four of them. “Reactions range from polite ‘thank yous’ to simply ignoring me to sometimes getting angry and telling me to leave them alone,” she said.

Pittsburgh’s and Harrisburg’s bubble zones continue to exclude those who “knowingly congregate, patrol, picket or demonstrate,” but not those looking to have one-on-one talks. Municipalities have struggled to balance free speech rights with public access and safety concerns at abortion facilities that are often ground zero for the battle between pro-life and pro-abortion rights groups. Courts struck down Pittsburgh’s first attempts at regulation, which included both the current ordinance and an 8-foot personal, floating bubble zone in which people could not be approached without their consent. The city chose to abandon the floating bubble zone in favor of a fixed buffer around the facility, though that ended up in court, as well.

Jackson, Miss., city officials took a slightly different approach. They attempted to address conflicts outside an abortion facility by prohibiting amplified sound. The law also bars individuals from coming within 8 feet of a person without their consent and from congregating or demonstrating within 15 feet of the facility. Pro-life groups in Mississippi filed a lawsuit in state court last week challenging that ordinance.

The Supreme Court previously struck down a Massachusetts law that banned anyone from standing in a 35-foot buffer zone outside abortion facilities. In its 2014 decision in McCullen v. Coakley, it held that local or state governments must demonstrate they made a serious attempt to address problems outside abortion facilities with less intrusive tools like arrests, prosecutions, or targeted injunctions before limiting free speech.

For Bruni, the court decision clears the way for her to pursue her passion. “God broke my heart over abortion through the hearing of a sermon and through prayer,” she said. “Since I have never liked anything political, the aspect of prayer, fasting, and peaceful witnessing at abortion clinics appealed to me as a spiritual way to end abortion, rather than a political one.”

It’s an approach that has paid off. Bruni said one woman who entered Planned Parenthood in April with her mother and aunt initially refused to talk with her, and the aunt yelled at her. “About 15 minutes later they came back out, and the aunt apologized for yelling,” said Bruni. “She had prayed before she left that morning and asked God to send her a sign if they were not supposed to do this. She said she thought I was that sign.”

The baby is due any day now. 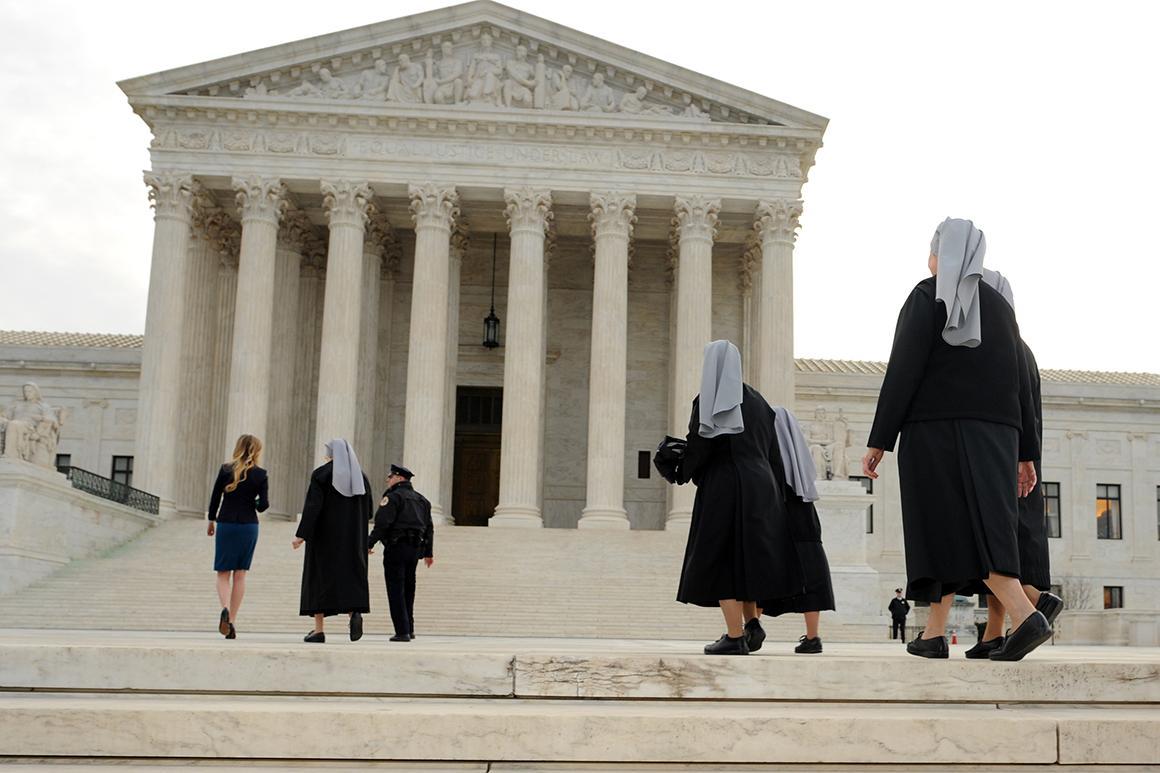 A second lawsuit involving the Little Sisters of the Poor is heading to the Supreme Court.

Earlier this month, the nuns asked the Supreme Court to review a case from the 3rd U.S. Circuit Court of Appeals in Pennsylvania that barred the federal government from offering a religious exemption to an Obamacare contraceptive and abortifacient mandate. Without the exemption, the Catholic nuns could be forced to provide coverage in their employee health plans that violates their religious beliefs about the beginning of life.

Now a case from another court in California has struck another blow. The 2-1 decision by the 9th U.S. Circuit Court of Appeals last week found that neither the Affordable Care Act nor the Religious Freedom Restoration Act allowed the government to offer a religious exemption to the contraceptive and abortifacient mandate.

“We are racing to shut a door that has already been shut,” wrote Senior Circuit Judge Andrew Kleinfeld in his dissent, noting that the nationwide injunction by the 3rd Circuit made the 9th Circuit ruling unnecessary. Kleinfeld, who also disagreed on the merits of the case, found the lack of any injury to a woman important. “No woman sued for an injunction in this case, and no affidavits have been submitted from any women establishing any question in this case about whether they will be … harmed in any way by the modification of the regulation,” he wrote.

Becket senior counsel Diana Verm, who represented the nuns, said that “the 9th Circuit’s decision is further evidence that the Supreme Court needs to step in to protect the Little Sisters once and for all, and soon.” The nuns first started their legal battle against the Obamacare contraceptive mandate in 2013. —S.W. 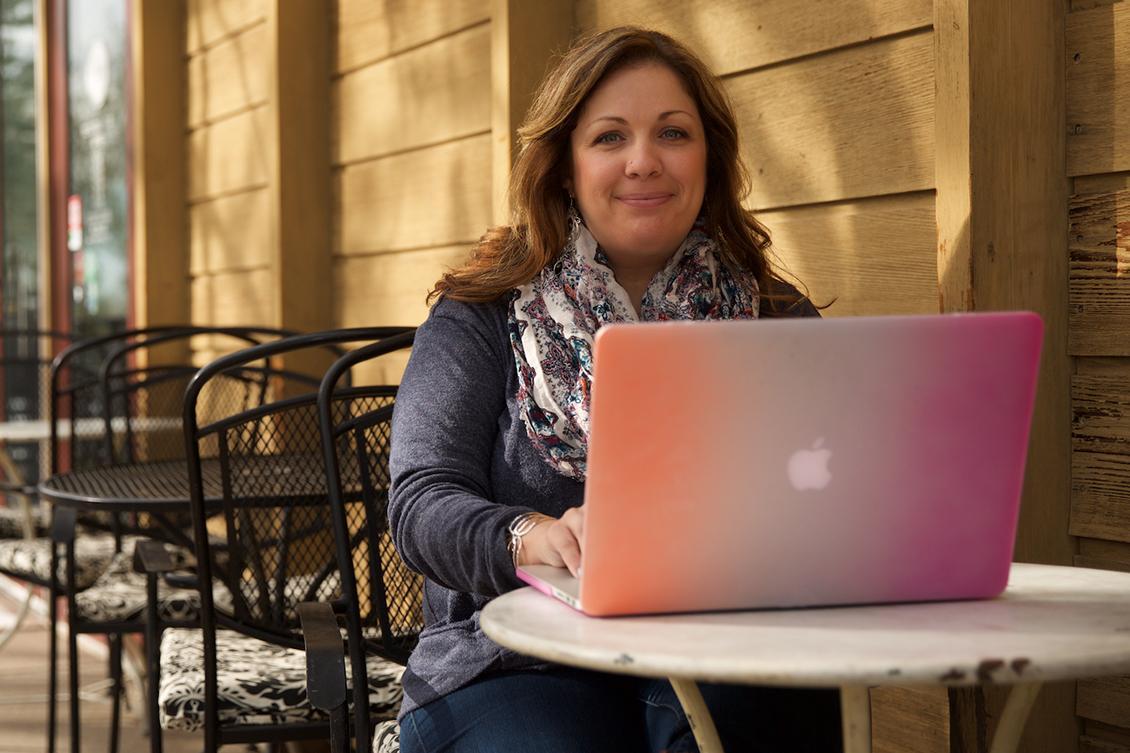 Lorie Smith, owner of 303 Creative, takes issue with the same law that triggered the Supreme Court’s Masterpiece Cakeshop decision. Colorado’s Anti-Discrimination Act prevents creative professionals from expressing any views about marriage that could indicate someone is “unwelcome, objectionable, unacceptable, or undesirable” because of their sexual orientation. It also prohibits any suggestion that a designer won’t create particular expressive works because of those beliefs.

In the 2018 Masterpiece Cakeshop case, the Supreme Court ruled that the state of Colorado showed bias, or animus, against Christian baker Jack Phillips, who declined to make a cake for a same-sex wedding because of his Biblical beliefs about marriage. Smith wants the court to protect her from a similar situation should it arise, but so far, the court has said no. A district judge upheld the law in a September ruling.

“Creative professionals should be free to peacefully live and work according to their faith without fear of coercion, discrimination, or intimidation by the state,” Alliance Defending Freedom senior counsel Kate Anderson said. “Just because a multimedia artist creates expression that communicates one viewpoint doesn’t mean the government can require her to express all viewpoints, especially when that forced expression violates her religious convictions.” —S.W. 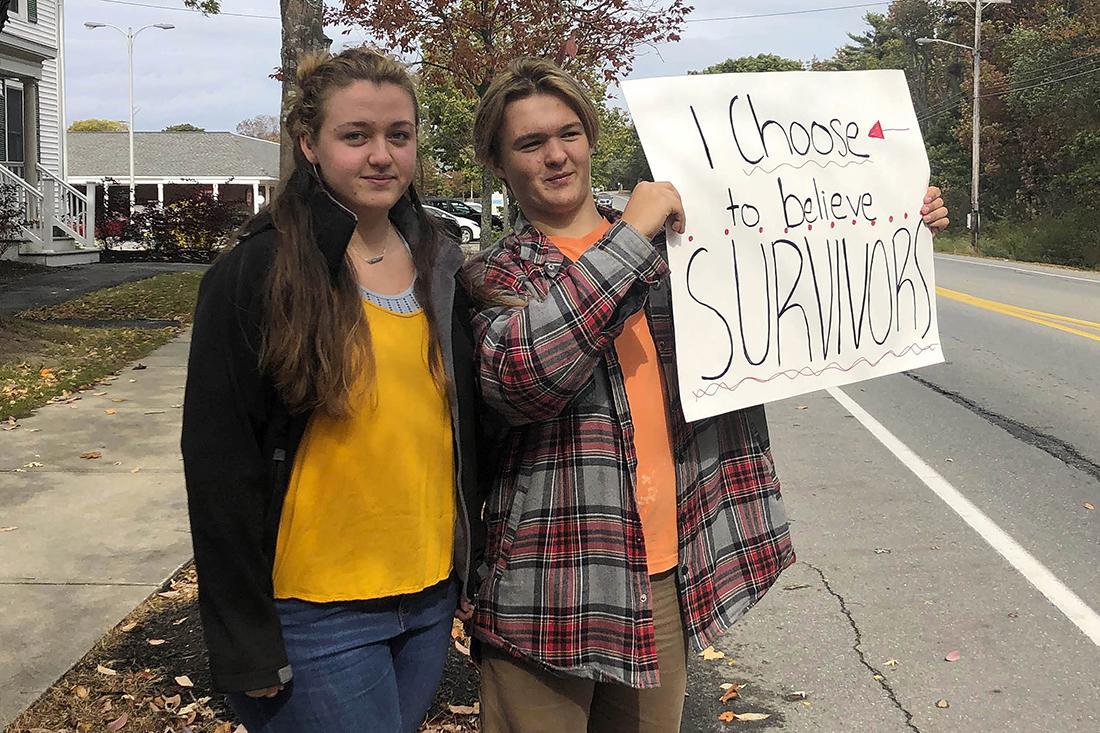 A Maine high school sophomore last Thursday received a temporary reprieve after the school suspended her for posting a note on a bathroom wall calling out an alleged rapist. A federal court blocked her three-day suspension until a trial can be held.

Aela Mansmann, 15, contended in her Oct. 13 complaint that Cape Elizabeth School District officials violated her free speech rights when they suspended her for posting a sticky note in a girls’ bathroom reading, “There’s a rapist in our school and you know who it is.” The school said it suspended Mansmann because her note made a male student feel bullied. Mansmann said she meant the note as a general criticism of the school’s culture, not a particular student, CBS News reported.