In the name of inclusion, a central Indiana school district has alienated parents and ousted a popular high school orchestra teacher in a dispute over transgenderism. Without notice and before almost 300 residents, the Brownsburg Community School Corporation announced Monday night it had accepted John Kluge’s letter of resignation—a document Kluge said he submitted under duress.

A policy the district adopted in 2017 requires teachers and students to use the preferred name and pronoun of gender dysphoric students but maintains the biological sex as male or female in official school records. Teachers who don’t comply with the pronoun requirement face termination or forced resignation, according to Kluge, who conferred late Monday with his attorneys about his legal and employment options.

Kluge’s Christian faith and concern for transgender students runs afoul of the policy that also allows transgender students to use the private restroom and changing facilities of their choice. And while the policy ostensibly creates “an environment which is accepting of all students,” employees and students who disagree with it face consequences depending on the frequency and “intent” when “calling the student the wrong name/pronoun,” according to the policy.

Some parents addressing the school board Monday fumed about being kept in the dark about the policy, Kevin Green, one of Kluge’s attorneys, told me. Of the 44 people signed up to speak during Monday’s board meeting, 27 supported Kluge, who has taught orchestra at Brownsburg High School for four years. The 17 who spoke against Kluge “chafed against his worldview,” not his job performance, Green noted.

Kluge addressed the board but only after members made a show of accepting his resignation, which he had intended to rescind.

Days after that discussion, Kluge proposed, and administrators accepted, an accommodation of his own: He would call all students by their last names, just like a coach, to avoid violating his conscience or singling out transgender students.

The agreement was short-lived.

By January, administrators reapplied pressure for Kluge to resign or face termination for refusing to comply with the “inclusive” policy. According to Kluge, Daghe and the district’s human resource director, Jodi Gordon, told him resignation meant he would be paid through the summer. Termination meant losing that pay.

Kluge, a 28-year-old husband and father of one, with another baby on the way, believed he had no choice but to write the letter. Assurances from Gordon that she would not officially submit the letter until May 29 gave Kluge time to consider his options. But on May 25 he discovered he was out of a job.

Administrators insisted Kluge “voluntarily submitted his resignation,” which they accepted, district spokeswoman Vicki Murphy told me. The district “complies with all state and federal laws,” she said, but she declined to cite the laws or answer more questions.

Kluge insists transgenderism is “a dangerous trend” he will not affirm because it “reinforces the confusion that ultimately leads to desperation, resulting in these suicides. I do not wish to take part in this dangerous trend. These students are discontent with their bodies. Sterilizing and mutilating themselves will not produce contentment.” 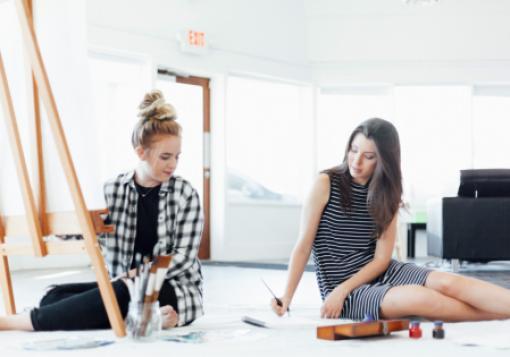 The owners of a Phoenix, Ariz., company that handcrafts stationery, including wedding invitations, lost another preemptive legal strike against a city nondiscrimination law that would require them to produce material for same-sex weddings. The Arizona Court of Appeals ruled June 7 the Phoenix nondiscrimination law did not impede the owners’ free speech or religious exercise rights.

In an attempt to stave off a financially crippling lawsuit, fines, and even jail time for refusing to make invitations for a same-sex wedding, Brush and Nib owners Breanna Koski and Joanna Duka filed a lawsuit in 2016 against the city of Phoenix. The second court rejection came two days after the U.S. Supreme Court ruled in favor of Colorado baker Jack Phillips, who declined to create a wedding cake for a gay couple. The Arizona decision highlights what the high court did not settle: Whose rights prevail in the clash between LGBT nondiscrimination laws and constitutionally guaranteed rights of speech and religious exercise?

Supreme Court Justice Anthony Kennedy, in writing the 7-2 majority decision, scolded the Colorado Civil Rights Commission for its anti-religious bias in adjudicating Phillips’ case. But with the exception of a concurring opinion by Justice Clarence Thomas, the decision did not address the root of Phillips’ case, or Koski’s and Duka’s: Nondiscrimination laws compel them to affirm, through their creative talents, same-sex marriage in violation of their deeply held religious convictions. 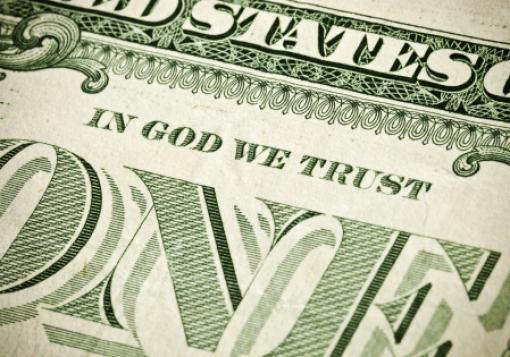 In God We Trust … for now

Two federal appeals courts recently dismissed lawsuits seeking to expunge the inscription “In God We Trust” from U.S. currency. While the courts ruled correctly, said Becket Law attorney Diana Verm, the 2-1 decision issued by the 6th U.S. Circuit Court of Appeals “damages” the Religious Freedom and Restoration Act (RFRA) and should be reheard by the entire panel.

A cadre of plaintiffs, from atheists to an “adherent of non-theistic Satanism,” claimed the national motto violates RFRA and the establishment clause of the U.S. Constitution. Plaintiffs also claimed it forced them to promote a religion every time they used cash to make a purchase. While the 7th Circuit ruled that using the motto-inscribed currency has no religious significance, the 6th Circuit rejected a similar claim but not the RFRA argument used to make it, Verm noted in column for National Review.

The 6th Circuit also conflated religious objections with philosophical objections that would allow anti-religious groups to file lawsuits based on RFRA and free exercise claims and established a standard that “would harm religious believers navigating dense regulations, government bureaucracy, or roadblocks put up by a hostile local government,” Verm wrote.

Only a full panel rehearing can correct the precedent-setting wrong, she said. —B.P.

The Affordable Care Act’s contraceptive mandate violates the Religious Freedom and Restoration Act, according to the federal government, the defendant in multiple lawsuits challenging the 2010 Obama-era requirement. That declaration and a subsequent permanent injunction lifts the mandate from two more Christian universities.

The concession came June 1 in the U.S. District Court of Northern Indiana in the latest in a series of decisions siding with Christian schools that challenged the mandate. Grace College and Seminary in Indiana and Biola University in California sued the federal government in 2013 for an exemption to the Obama administration’s requirement that they provide contraceptive and abortifacient drugs for students and faculty. The Trump administration sided with the schools.

“After reconsideration of their position, defendants now agree that enforcement of the rules regarding the contraceptive mandate against employers with sincerely held religious objections would violate the RFRA; and thus, defendants do not oppose plaintiffs’ renewed motion for injunctive and declaratory relief,” wrote U.S. District Court Judge Jon Deguilio. —B.P.

In 2012, California banned so-called “conversion therapy” for minors. Now legislators are pushing through Assembly Bill 2943, which will invoke the same ban for adults seeking counsel for unwanted sexual confusion. Critics call it the “stay gay” bill because adults, according to the California government, shouldn’t be permitted to decide for themselves who they love. —B.P.