A mother and daughter pray on Good Friday this year in Hyderabad, India Associated Press/Photo by Mahesh Kumar A.

“Every day it is increasing, day by day,” said the Rev. Sandeep Kumar, who pastors a small church in northern India.

On July 15, two men riding a motorcycle shot pastor Sultan Masih in the head and chest outside his church in Peerubanda Mohalla, UCAN India reported. Masih died on the scene. Locals took to the streets to demand justice.

“We will not perform last rites until police arrest the killers. It is [an] attack on Christians, and we will not bow to any pressure. We want justice,” one protester told The Tribune of India. Demonstrations ended only after police promised to take action.

Masih is one of several pastors attacked in 2017. In January, Hindu nationalists separately attacked and severely injured Pastors K.A. Swamy and Gandham Padma Rao. Another mob attacked Pastor Raorukala Samuel and members of his church while he preached in February. Police threatened Samuel and refused to file a report against the assailants, according to International Christian Concern (ICC). Additional attacks on clergy occurred in April and May.

Kumar, who is visiting the United States to raise awareness of persecution in India, said attackers have changed their tactics, focusing beatings on their victims’ heads to prevent them from continuing to evangelize after they recover. Such attacks have escalated in the past three years, Kumar said. Before then, violent incidents were less common, although Hindu fundamentalists sometimes interrupted church services, vandalized buildings, or slapped around a pastor. Now, even Christian women, children, and the elderly are at risk of physical violence.

“The impact of this, of course, is sometimes it discourages pastors. But on the other hand, they are being strengthened, and they think the whole situation is strengthening the church,” Kumar said.

Worsening persecution coincides with Modi’s tenure as prime minister, which began in May 2014. William Stark, ICC’s regional manager for South Asia, said he sees a correlation.

Under Modi, persecutors of religious minorities such as Christians and Muslims act with impunity, Stark said. Many think they have “tacit approval” from the federal government because Modi is a member of the Hindu nationalist Bharatiya Janata Party (BJP). Three years of federal leaders who won’t confront persecution and local authorities who don’t enforce the law created a cycle of more frequent and more violent persecution, Stark added. India now ranks 15th on the Open Doors World Watch List of countries with religious persecution, moving up from 31st in 2013.

Modi claimed in May his government treats all religions equally, but persecuted Christians and religious freedom advocates said his words and actions don’t match. Other Indian politicians have openly declared Christians and Muslims in India need to convert to Hinduism or leave.

Religious minorities also fear the growing strength of the BJP as its candidates continue to win elections, most recently clinching the presidential contest on July 18. 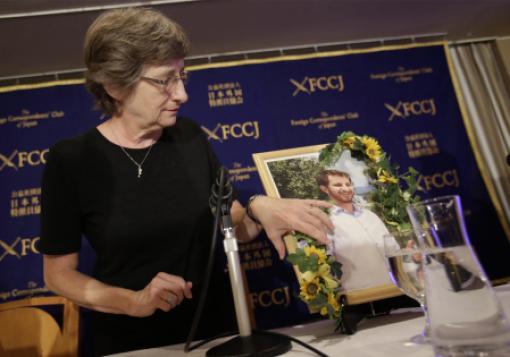 A New Zealand family is calling for reforms to Japan’s mental health care after a family member died from cardiac arrest following days of physical restraint in a psychiatric hospital.

Kelly Savage, who worked as an English teacher, suffered manic episodes due to his bipolar disorder and was admitted into a hospital outside the city of Yokohama. His older brother, Patrick, said hospital officials strapped Kelly down, and he later died following a heart attack. The Savage family has said the inhumane restraint was unnecessary, and they suspect Kelly’s immobility triggered a deep vein thrombosis that killed him. They are calling for full access to Kelly’s medical records and campaigning for an end to long periods of physical restraints in the country’s psychiatric hospitals.

“The world needs to know what’s happening, and Japan needs to act immediately to stop it,” Patrick said at a news conference with his mother in Tokyo. Toshio Hasegawa, a Japanese professor researching conditions in psychiatric hospitals, said at the news conference that Japan currently has about 10,000 psychiatric patients under physical restraint. The restraints usually last an average of 96 days, Hasegawa said. —Onize Ohikere 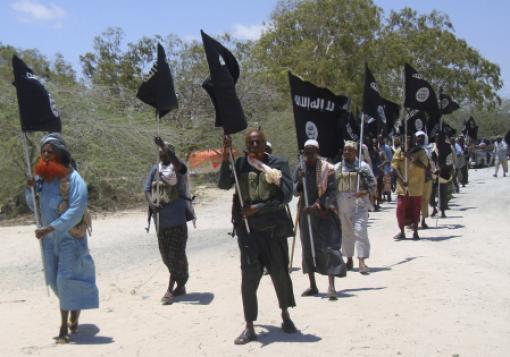 A masked al-Shabaab militant in the video referred to Trump as an example of poor voting decisions and said he has made America “the biggest joke on Earth.” The insurgent group has stepped up attacks in Kenya in a bid to influence the country’s elections. Kenya’s military is involved in joint efforts to end al-Shabaab’s insurgency.

Al-Shabaab threatened to stage more attacks after Kenya’s President Uhuru Kenyatta declared a new offensive against the group. The United States has also increased military strikes and operations against the extremist group in recent months. —O.O.

Report details cases of torture, abuse at Cameroon military base

Rights group Amnesty International has accused Cameroonian forces of killing and torturing dozens of suspected Boko Haram supporters. The advocacy group’s report documented 101 cases of arbitrary arrest and torture by the troops between 2013 and 2017 at more than 20 sites. Some of the victims died from the torture, it said.

Boko Haram originated in northeastern Nigeria, but its insurgency targeted communities in neighboring Cameroon, Niger, and Chad. Amnesty said U.S. and French military officials were present at a base in Salak where 80 of the torture cases occurred. The report called on the two countries to investigate the claims. Robyn Mack, a spokeswoman with the U.S. Africa military command, said the command has not received any reports of human rights abuses by Cameroonian forces to date. —O.O.

Word of Faith Fellowship church enticed members of its Brazilian branches into the United States on short-term visas and employed them illegally without pay, The Associated Press reported. The report is the latest in an ongoing investigation by the news agency that began in February.

The AP said it spoke with members of the congregation who revealed the illegal practice as well as other instances of physical punishment. Jane Whaley, a former math teacher, founded the church in 1979 with her husband, Sam. The church began in Spindale, N.C., and has since grown to include congregations in Ghana, Scotland, and other countries.

Word of Faith has previously faced investigations of child abuse and physical assault, but former members of the church told the AP they were prevented from speaking out. The reports include witness accounts of abuse, recorded conversations, and court documents. —O.O.