In September, pastor Harish Sahu made his way to a police station in Raipur, the capital city of India’s central Chhattisgarh state, after officers disrupted Sunday service at his church. Sahu faced accusations of forced religious conversions. When he arrived with two other Christians, some 200 Hindu extremists were waiting outside the station. The situation quickly spiraled: The crowd chanted anti-Christian slogans and descended on the three men with their shoes and fists before police officers separated them.

“I was at the back, so I was relatively safe, and only a few blows landed on me,” Sahu later told Morning Star News.

The same month, thousands of men, women, and youths from the state’s Hindu society marched to the 600-year-old Hindu Baijnath temple, chanting against Christian conversions. The marches and increasing attacks against Christians in Chhattisgarh this year have left many worried for their safety and their freedom of worship. Christians say the Hindu nationalist Bharatiya Janata Party (BJP), which controls the national government but not the leadership of Chhattisgarh, is drumming up claims of forced conversions to garner support in the state.

Hindu extremists are attacking churches and Christians across the state, Sahu said. One week before Sahu’s experience, a mob of more than 100 people barged into 25-year-old pastor Kawalsingh Paraste’s home in a remote western village and beat him up. In July, mobs targeted at least four Christian homes in central Chhattisgarh, burning Bibles, ripping posters, and threatening family members.

“With what is happening, we are not able to freely worship,” he explained. “We only want that the authorities would make sure that we are able to worship our God freely, without any fear or hesitation.”

Radical Hindu nationalists have accused Chhattisgarh Christians of using foreign funds to force poor people to convert for cash or free medical assistance. Senior BJP lawmakers have made similar claims. Christians in Chhattisgarh have denied the accusations, saying the BJP is only trying to create a religious divide among voters and undermine the Congress party, which controls Chhattisgarh.

Archbishop of Raipur Victor Henry Thakur told Barnabas Fund the attackers don’t have any evidence to back their accusations: “If there is any, let the law of the land take action.”

Amit Sahu, the state president of the BJP youth wing in Chhattisgarh, said party workers across the state received instructions to make lists and monitor Christians suspected of converting tribal and Hindu families. Amit Sahu said they planned to “fill the jails” with Christians. “We will do anything to save our religion, to save our culture, to save our country,” he told The Guardian.

India ranks 10th on the World Watch List of countries where Christians face the most persecution. The United States Commission on International Religious Freedom, in its 2021 report, said the Indian government’s Hindu nationalist policies are promoting systematic and “egregious violations of religious freedom.”

But attacks are not limited to Chhattisgarh, which is among 10 Indian states with anti-conversion laws requiring anyone who wants to change religion to receive permission from the local district magistrate. Anyone found guilty of forced conversions could face up to three years in prison. In Uttar Pradesh, authorities have arrested at least 71 pastors and other Christians under the state’s anti-conversion law, International Christian Concern said last month.

On Sunday, a mob of about 200 men carrying rods and sticks stormed into a Catholic church in northern Uttarakhand state during Mass. Police said the attackers, who belonged to a Hindu vigilante group, destroyed photographs and musical instruments while hailing the Hindu god Ram.

A delegation of 50 Christian leaders met with the federal minister of minority affairs last week to ask for the repeal of anti-conversion laws. Christian leaders in Chhattisgarh said some congregants have stopped attending services as the attacks persist.

“I am worried and scared,” pastor Ashish Nag, recently reported to police for forced conversions, told The Guardian. “I have been told I’m under surveillance from these Hindu groups, and they report on my movements and who comes to my church.” 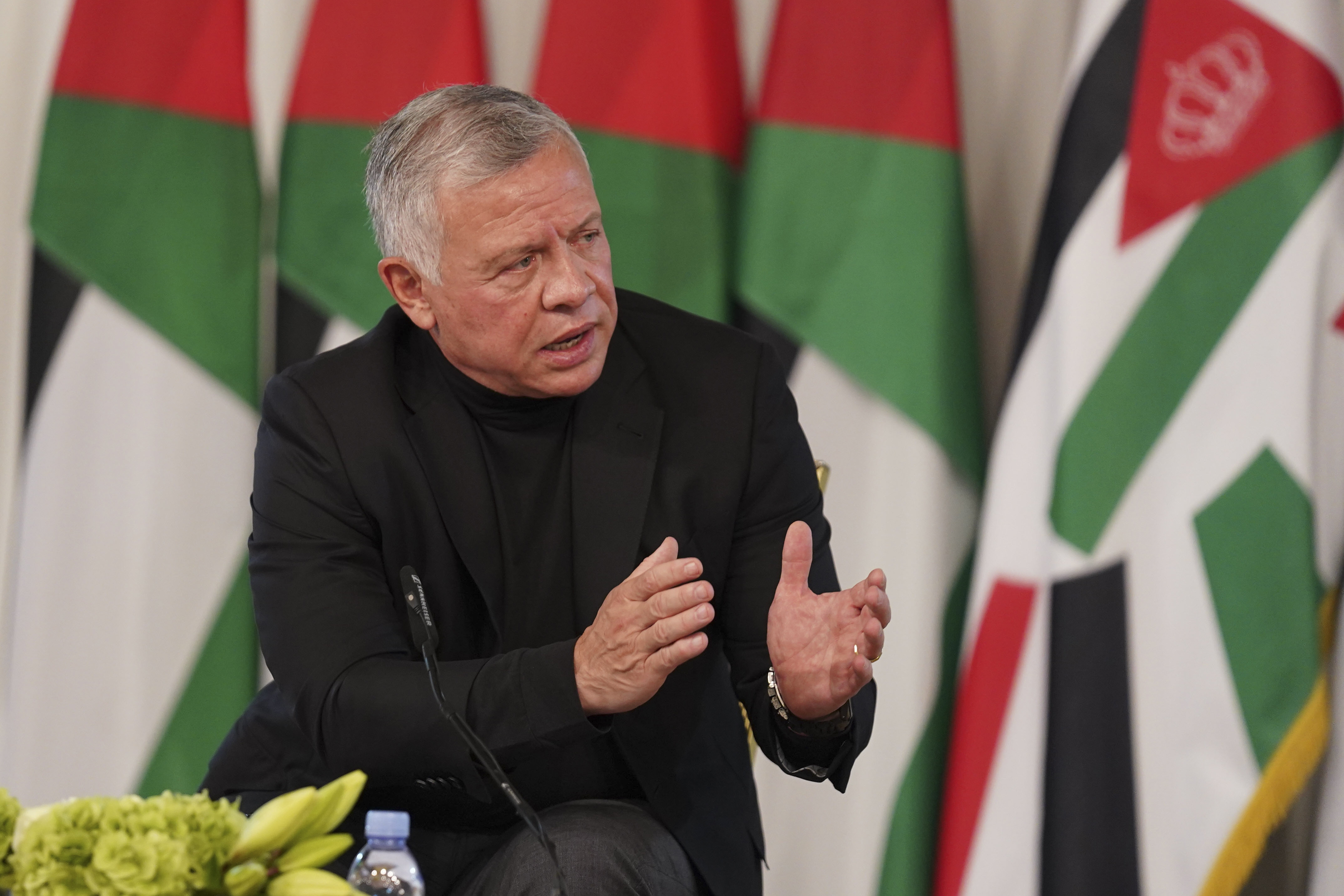 Hundreds of politicians, billionaires, and other global elites hid their wealth in private jets, mansions, and other assets around the world, according to an investigation released Sunday. Reporters at media outlets from 117 countries contributed to the project, billed as the Pandora Papers and published by the International Consortium of Investigative Journalists (ICIJ). The investigation identified more than 330 current and former politicians around the globe as beneficiaries of secret accounts.

Named heads of state included Jordan’s King Abdullah II, who bought at least 14 homes worth more than $106 million in the United States and the United Kingdom after his advisers set up at least three shell companies for him between 1995 and 2017. The report said former U.K. Prime Minister Tony Blair acquired an $8.8 million Victorian building by buying the British Virgin Islands company that held the property. Others included Czech Republic Prime Minister Andrej Babis, whose party lost in parliamentary elections this past weekend, and Kenyan President Uhuru Kenyatta. The findings also included documents on Raffaele Amato, an Italian mafia boss currently serving a 20-year prison sentence.

The ICIJ confirmed some of the secret accounts were located in the United States, including 81 in South Dakota and 37 in Florida.

It’s not illegal in many countries to use shell companies to keep assets abroad. But it raises flags for political officials since the companies often serve as a cover for illicit or unpopular activities. The ICIJ’s first such report, the Panama Papers, published in 2016, sparked police raids, new legislation, and political changes that led the prime ministers of Iceland and Pakistan to step down.

The European Commission on Monday said it is preparing a set of legislative proposals to improve tax transparency. Pakistani Prime Minister Imran Khan promised to investigate all citizens mentioned in the Pandora Papers and “take appropriate action” if any wrongdoing is confirmed. —O.O. 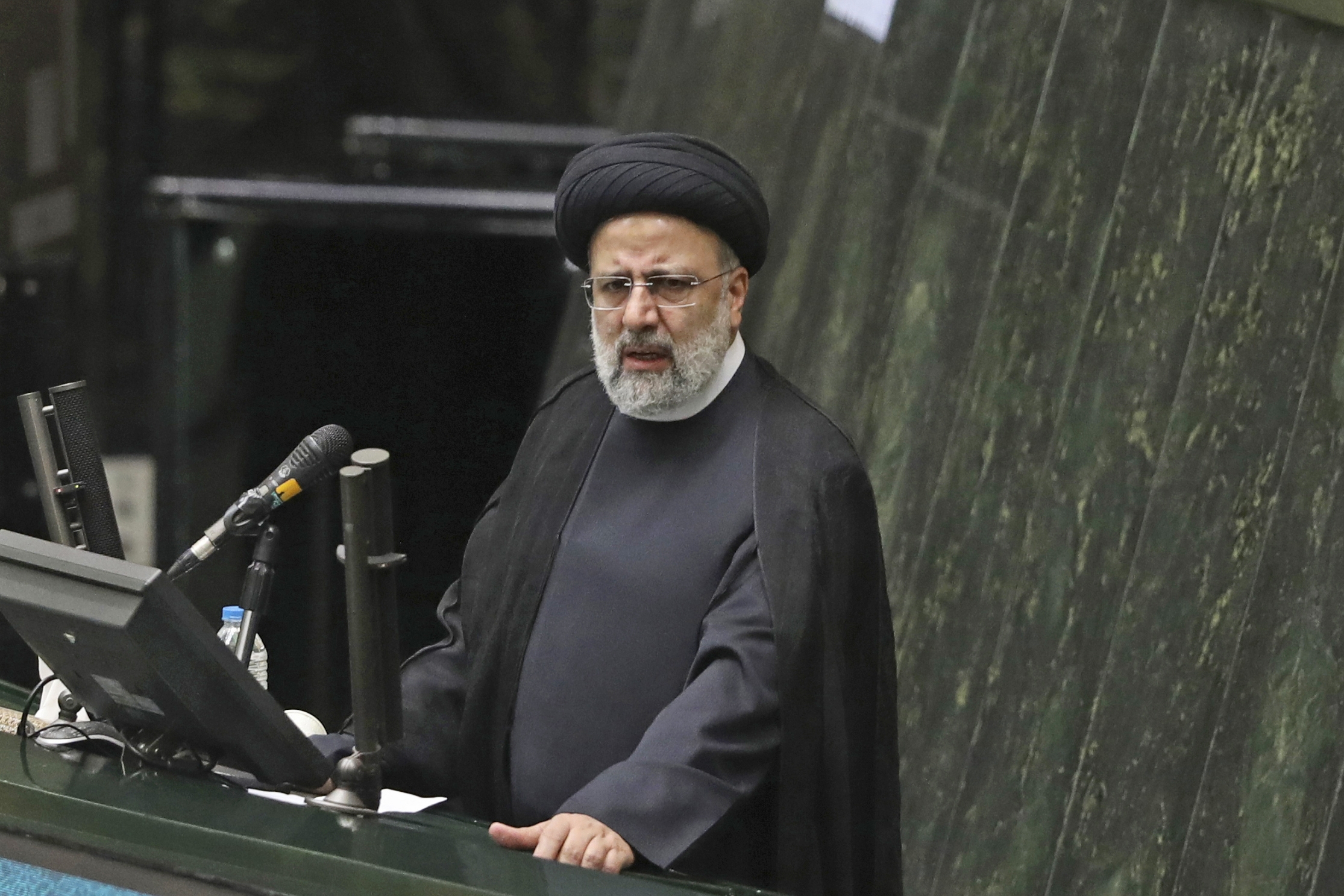 Iran’s newly elected President Ebrahim Raisi, who assumed office on Aug. 3, is leading a Cabinet with more sanctioned individuals than any administration in the country’s history, the Foundation for Defense of Democracies (FDD) revealed in a report last week.

Raisi succeeded Hassan Rouhani, who had served in office since 2013. The 30-member Iranian Cabinet includes 12 people sanctioned by the United States, the United Kingdom, the United Nations, and the European Union for actions such as supporting Iran’s nuclear program, having ties to terrorist groups, and abusing human rights. Some are top office-holders, including two vice presidents and the ministers of defense and petroleum. Interior Minister Brig. Gen. Ahmad Vahidi is under U.S., U.K., EU, and Interpol sanction. The United States has also imposed sanctions on Raisi himself over his human rights record. Raisi served on a “death commission” in 1988 that led to the execution of thousands of political prisoners.

The foundation in its report said the political appointments highlight Supreme Leader Ali Khamenei’s decadeslong project to promote ultra-hardline elites to key leadership positions, as well as his “comfort with escalating tensions with the outside world and his confidence in not needing to feign moderation to garner relief from sanctions.” —O.O.

Five years ago on Thursday, Turkey detained American pastor Andrew Brunson and his wife, Norine, under deportation orders. Turkish authorities released Norine days later on Oct. 19 but kept Brunson. Officials later charged him with terrorism in a case that spanned two years and drew sanctions and condemnation from the United States.

Brunson lived in Turkey for 23 years and pastored Izmir Resurrection Church. His arrest came shortly after a failed coup. Witnesses initially claimed his congregation made bombs for terror attacks and that members of terror groups hid in his church. Several of the witnesses against him reversed their testimonies at an Oct. 12, 2018, hearing that brought his freedom.

In a 2019 interview with WORLD, Brunson said he had moments where he lost hope, but he later came to see God’s providence: “And I came to see that this was an assignment that God gave me to be in prison so that all that prayer would pour into Turkey because it’s gonna bring a great change to that country and to the region.” —O.O.