In Uvalde, a ministry of listening and silence

Local pastors and visitors prop up a community in pain

Julissa Rizo kneels to sign the cross bearing the name of her niece and goddaughter, Jackie Cazares, who was killed in the shooting at Robb Elementary School in Uvalde, Texas, on Tuesday. Photo by Bonnie Pritchett

Pastor Tony Gruben was driving back to Uvalde, Texas, from San Antonio on Tuesday when he received a cryptic text from a church member: “Active shooter. Tony pray.” An 18-year-old gunman had jumped a fence and entered Robb Elementary, a school for 574 second through fourth graders, through a door left propped open. The shooter killed 19 children and two teachers. Fifteen more children are in the hospital.

Gruben pastors Baptist Temple Church on East Main Street in Uvalde, a congregation of about 60 people. It is one of the small town’s at least 20 churches that are grappling with how to comfort their community. Gruben is president of the Uvalde Ministerial Alliance. “We are all overwhelmed,” he said. “I can’t remember Uvalde before Tuesday.”

The congregation was supposed to have dinner together on the church grounds on Tuesday night. Instead, Gruben, 55, found himself with several other ministers at the Uvalde Civic Center while families waited for hours in another room to hear news of their children. Authorities carefully identified their bodies through pictures and DNA samples.

They didn’t start releasing the names of the dead until 10:30 p.m. “It was tense,” Gruben said through sobs. When they confirmed a death, a Texas Ranger and a counselor went into the room to break the news. A minister could only go in if he had a personal tie to the family. Many of the families did not have church relationships. Gruben and the other ministers stayed and prayed quietly. “A lot of our ministry now is the ministry of listening and silence. … Sometimes that is the most powerful love that can be shown,” he said.

Local pastors and others are confronting the pain ripping through the small community with a ministry of presence: mourning, listening, praying, sitting still with people in their grief. As they do so, they also question: What happens when everyone leaves and the town must continue to heal alone? 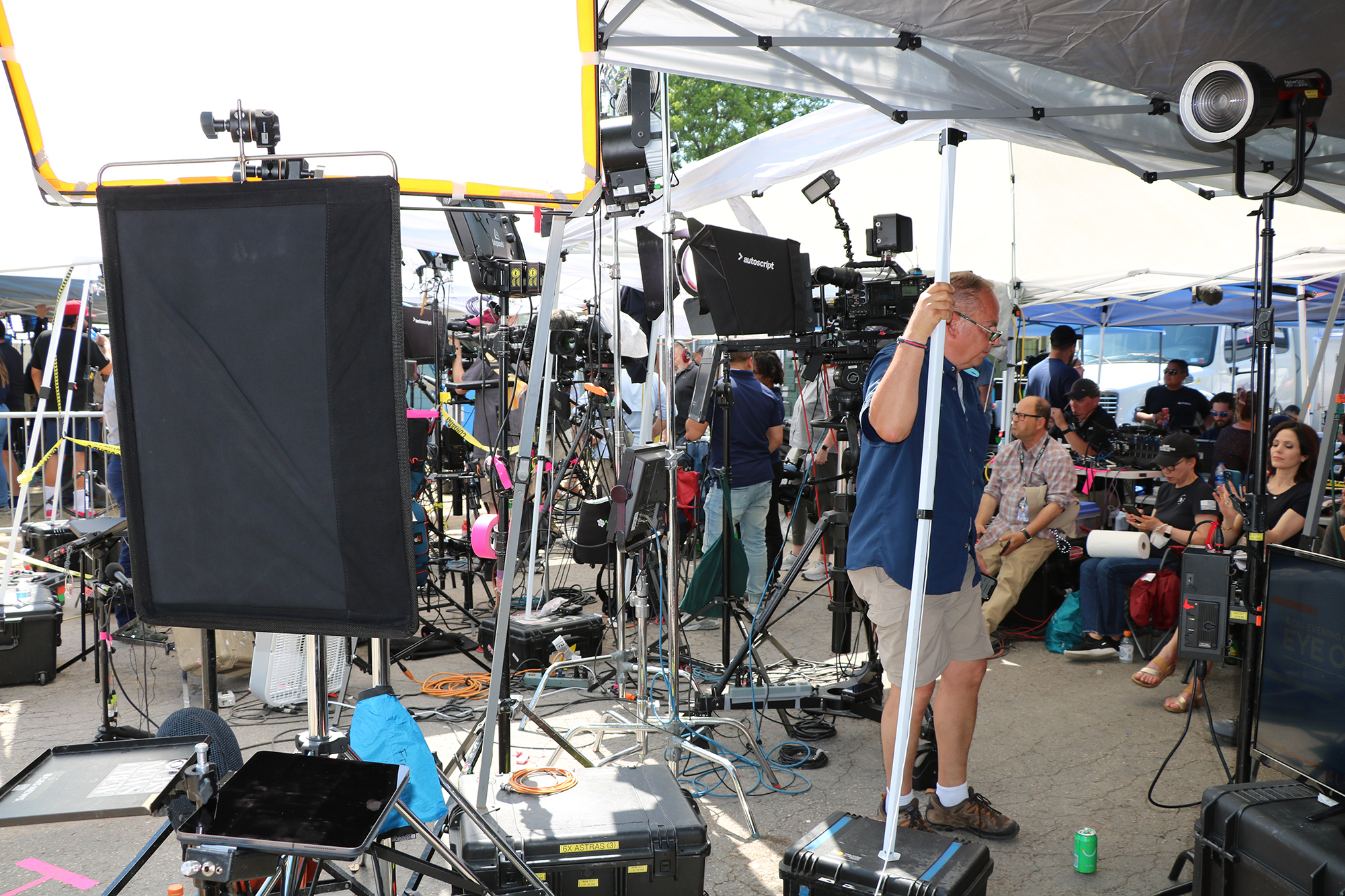 Situated in the foothills of Texas Hill Country, Uvalde is known as the “City of Trees.” The town of some 15,000 people is 75 miles from the U.S.-Mexico border and sits at the intersection of two major highways. Joe Ruiz pastors Templo Cristiano, a church that has ministered to the Uvalde community for 87 years. Ruiz was born in Uvalde in 1961. At the time, the town was segregated. The Latino children went to Robb. The “Anglos” went to Dalton. Today, Uvalde is over 80 percent Latino. Templo Cristiano has one service in Spanish and one in English. “It’s a beautiful city. It’s a tight community,” Ruiz said. “We are connected one way or another.”

It’s also hard spiritual ground to till. “There are a lot of people who don’t have pastors. They don’t go to church,” Ruiz said.

One of his church’s members lost two of her nieces. The 10-year-old son of another couple was injured. Ruiz’s cousin, Ruben Ruiz, lost his wife, Eva Mireles, one of two teachers who were killed.

Last July, Joe Ruiz’s 27-year-old son died in a motorcycle accident. In a painting on his desk, Jesus and his son stand arm and arm. Ruiz woke up at 4 a.m. on Wednesday with the same empty feeling he experienced the night his son had died: “I was able to feel what the parents are feeling right now.”

On Wednesday night, the community gathered for a prayer vigil at the Uvalde County Fairplex, a multipurpose stadium that has hosted rodeos and monster truck rallies. Gruben welcomed the people packing the stands and standing in the dirt. He read Psalm 46: “God is our refuge and strength, a very present help in trouble. … Be still and know that I am God.” Neftali Barboza, who pastors Iglesia Nueva Jerico, read the Psalm in Spanish. The Scripture reached grieving residents and a wall of cameras.

Hundreds of media personnel, counselors, pastors, and well-wishers have flooded the community since Tuesday. Twenty-one white wooden crosses form a makeshift memorial by a fountain in the middle of the town where residents typically gather every second Friday of the month for “Four Square Fridays” to enjoy live music and late-night shopping. Each cross bears the name of a victim, a pale blue heart covered in the signatures of loved ones, and a Bible verse written on the outline of a fish. On Thursday, Albert Villegas and his wife, Victoria, drove five hours from Edinburg, Texas, to set up a tent and pray by the memorial. Another family served free snow cones as the sun beat down on the busy square and traffic rushed past.

That night, two barbeque owners from San Antonio served more than 1,000 fresh meals in front of the civic center. Russel Howelton, a pastor from Skybridge Community Church, was available for prayer. After he prayed with several people—first responders, the parents of an injured child, the aunt and uncle of a child who was killed—he collected phone numbers. “It can’t be a one-and-done,” he said. “It doesn’t end after people have visited. They’re still hurting. We got to let them know that they aren’t hurting by themselves.” 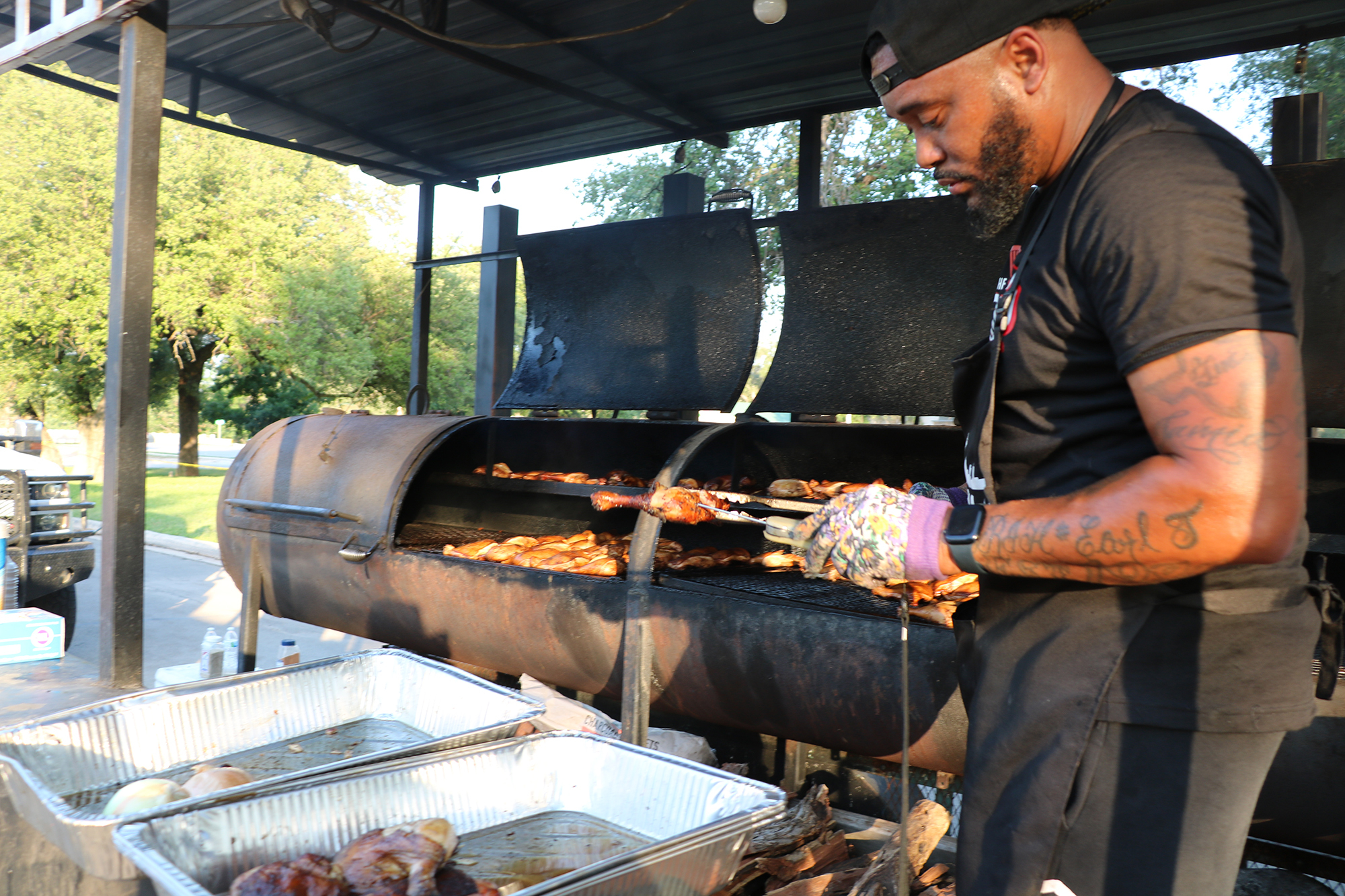 For Laura Davis and Clifford Archer, the ministry of presence is a hot plate of pulled pork, country beans, corn, and bread. Outside Templo Cristiano, they monitored the two large smokers in the parking lot in the 95-degree heat. Archer’s son strained to open large cans of corn. Davis and Clifford normally compete on opposing teams in barbeque cook-offs with the Champions of Barbeque Alliance. The day after the shooting, they partnered with Templo Cristiano to deliver plates of food to each of the families of the victims. On Saturday, more barbeque teams are coming from around Texas. Templo Christiano and First United Methodist church will freeze family-sized portions of meat.

“That way when the ministry continues four weeks down the road, and CNN and everybody else have forgotten about here, they can still go into the homes to visit. And they can bring a bag of frozen brisket,” said Archer.

Families still have to bury children, grandchildren, nieces, nephews, and spouses. Children have to go back to school in the fall. Pastors have to walk up to their pulpits—Sunday after Sunday—when the barbeque trucks have left the parking lot, the crisis response teams leave the church offices, and pastors from around the country stop calling.

“Pray. Pray for us,” Pastor Ruiz said. “Right now there are a lot of people in Uvalde, and it’s great that they are supporting Uvalde. But in three weeks, four weeks, when everybody is gone is when people are really going to feel it.”

Addie is a WORLD reporter who often writes about poverty fighting and immigration. She is a graduate of Westmont College and the World Journalism Institute. She lives in Austin, Texas, with her husband, Ben.