In Niger, a deadly day in a deadly year

At least 137 people died in the attacks on the border communities, where people displaced from past violence live. The Sunday incident marks one of the single deadliest in the country’s recent history, highlighting concerns about worsening unrest across the larger Sahel region just south of the Sahara Desert.

Jean-Sébastien Josset, the spokesperson for the United Nations’ refugee agency in Niger, said a delegation visited the targeted communities on Thursday. He said the attackers stole thousands of heads of livestock. People fleeing the latest fighting would likely head for the Intikane refugee camp or the regional capital of Tahoua, both already inundated by refugees. Some 204,000 refugees and internally displaced people live in Niger’s southwestern regions bordering Burkina Faso and Mali. As Islamist unrest increases in the region, more than 2 million people are displaced internally in Niger and other countries across the region, including Burkina Faso, Chad, and Mali.

Niger’s government declared three days of mourning and condemned the attacks. “By systematically targeting civilians, these armed bandits are reaching a new level of horror and savagery,” the government said.

Another attack one week earlier killed at least 58 people returning from a livestock market. In January, assaults in two villages in the same region left 100 people dead.

No group has claimed responsibility, but Islamic State and al-Qaeda affiliates operate in the country and across the region. Ethnic militias that once supported the military’s counterinsurgency efforts have also fueled intercommunal tension. A humanitarian group led by the UN refugee agency said Sunday’s carnage was likely retaliation for recent arrests of suspected armed group members, Reuters reported.

Nadia Adam, a researcher with the Sahel team at the Institute for Security Studies, said reports of cattle rustling during the attack is common: “These groups often resort to this strategy to finance operations.”

The Sunday killings coincided with the constitutional court’s confirmation of Mohamed Bazoum as the country’s new president after elections last month. Bazoum’s inauguration on April 2 would mark the country’s first democratic transfer of power.

“The new president is definitely going to face major challenges in terms of security,” Adam said. “This is the perfect time for leaders in the region to rethink their strategies.” 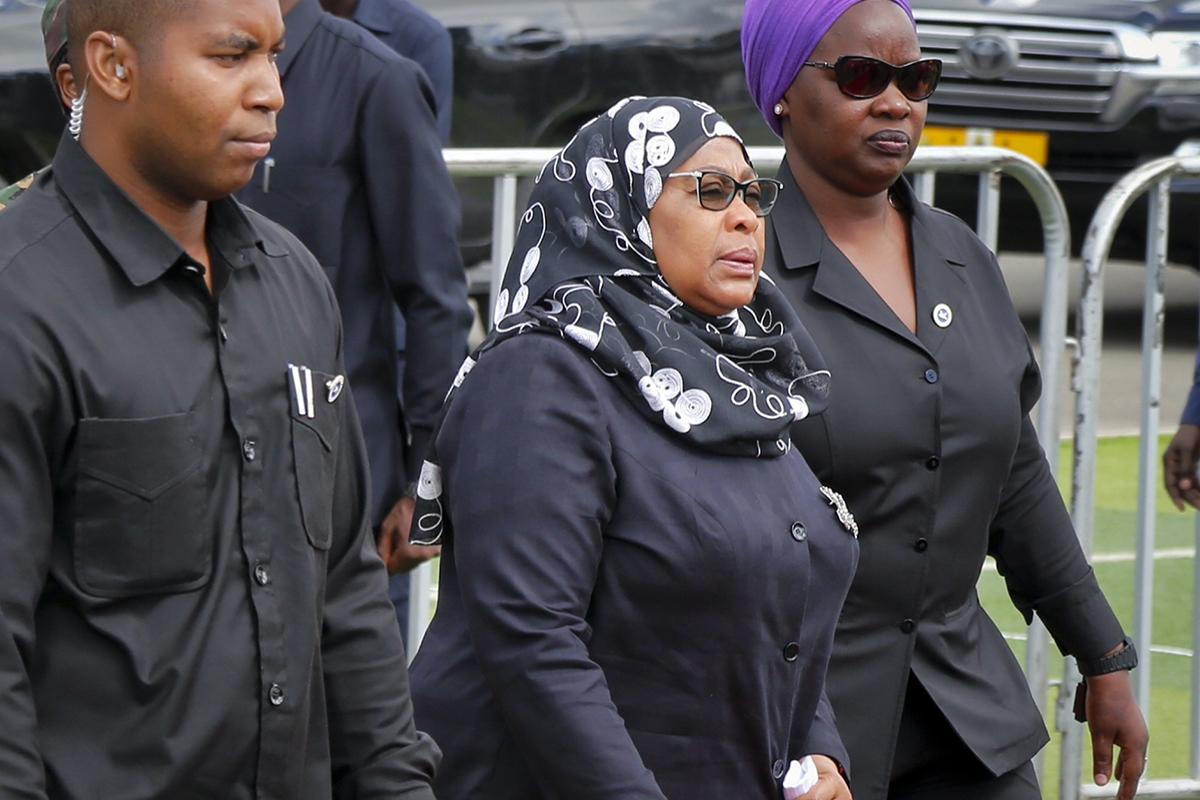 What’s next for Tanzania?

Tanzanian soldiers on Saturday lifted the flag-covered casket of President John Magufuli into the Uhuru Stadium in the capital for public viewing.

Only a day earlier, Vice President Samia Suluhu Hassan became Tanzania’s new president, making her the country’s first female leader. Her predecessor garnered praise for his anti-corruption stance and infrastructure projects but also cracked down on freedoms and ignored the effects of the coronavirus pandemic.

In her first speech, Hassan—often called “Mama Samia”—called for national unity. “This is the time to stand together and get connected,” she said. “It’s time to bury our differences and show love to one another and look forward with confidence.”

She is the first leader from the semi-autonomous Zanzibar Island and a practicing Muslim in the majority-Christian nation. Her first major challenge will be taking over the country’s pandemic response. Magufuli said the virus no longer existed in the country and did not plan to seek vaccine access. The nation stopped publishing data on coronavirus infections and deaths in May despite reports of crowded intensive care units. Local analysts don’t anticipate a quick change in approach since Hassan is still working with the ruling Chama Cha Mapinduzi party.

She declared 21 days of mourning for Magufuli and declared March 25, his burial day, a public holiday. —O.O. 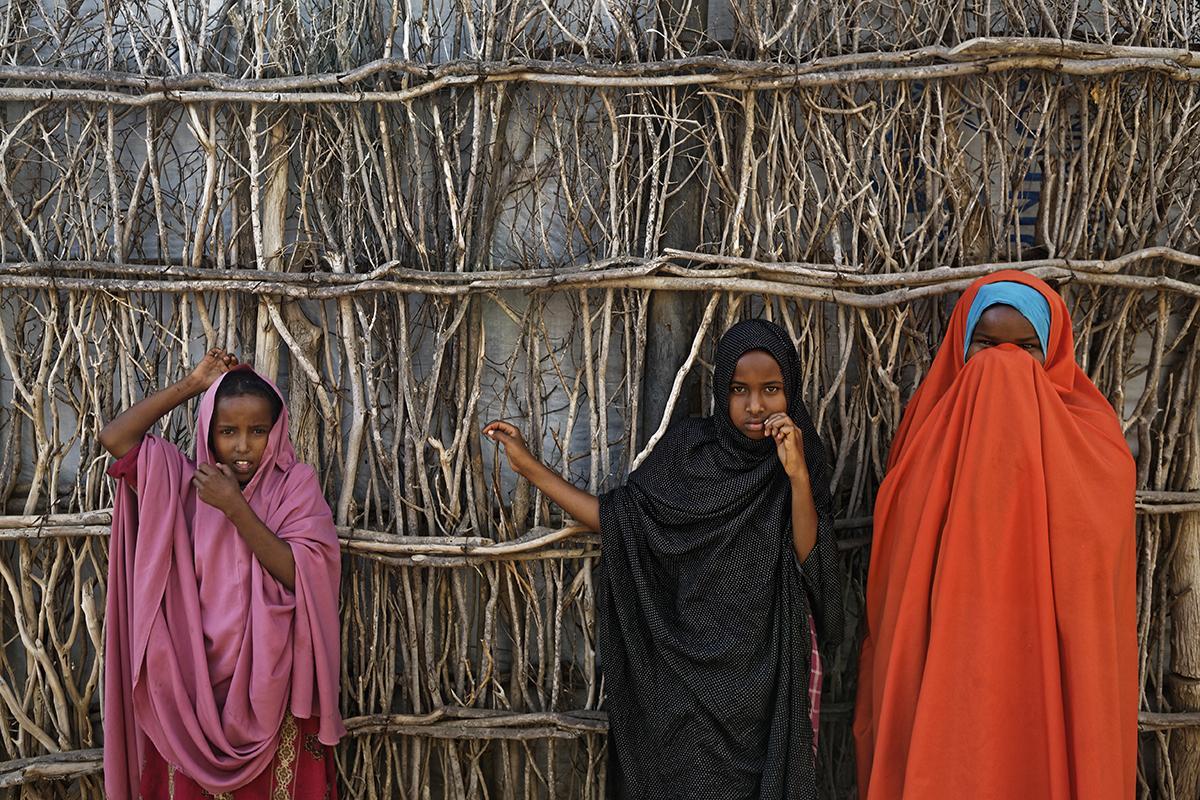 The Kenyan government on Tuesday gave the United Nations’ refugee agency 14 days to come up with a plan to close two sprawling camps that host more than 410,000 people.

Interior Cabinet Secretary Fred Matiang’i told the UN delegation, “there is no room for negotiations,” the Daily Nation reported. Matiangí said Kenya would transfer the refugees to the Somali border if the agency failed to comply.

The Dadaab camp in northeast Kenya began in 1991 when Somalia descended into a civil war. Now, about 220,000 refugees live there. In the country’s northwest near the border with South Sudan, the Kakuma refugee camp is home to another 197,000 people. The government tried to close Dadaab in 2016, saying intelligence reports linked two terror attacks in 2013 and 2015 to some residents. The High Court blocked the move as unconstitutional.

Kenya’s relations with neighboring Somalia are quickly deteriorating. In December, Somalia cut diplomatic ties with Kenya after accusing it of interfering in internal affairs. The two nations also have an ongoing case over maritime clashes at the International Court of Justice. Kenya has said the camp closures are not related to diplomatic issues.

The UN refugee agency urged the Kenyan government to ensure people who need protection receive it, saying it was “concerned about the impact this decision would have on the protection of refugees in Kenya, including in the context of the ongoing COVID-19 pandemic.” —O.O. 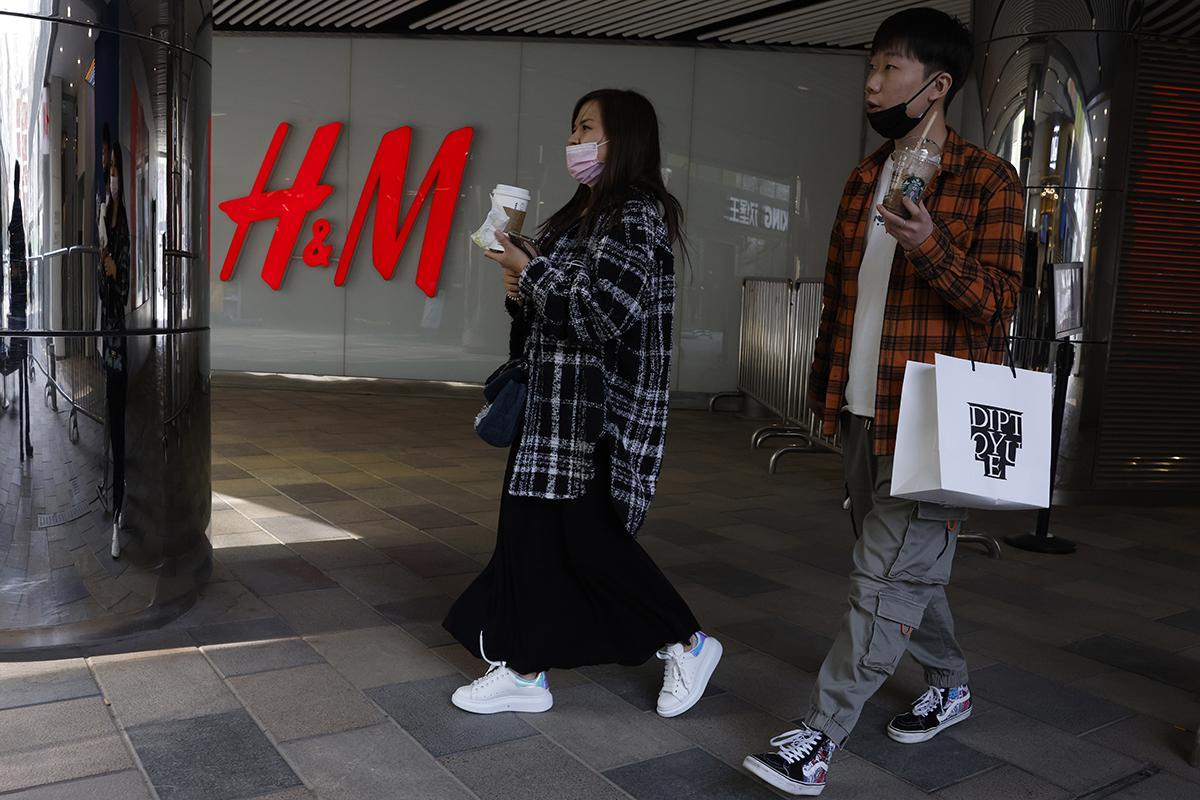 On Wednesday night, China’s state broadcaster CGTN and other state-run media called on consumers to boycott H&M. The move highlights China’s response to growing foreign pressure over human rights abuses in the Xinjiang region. In a year-old statement, the clothing company had said it was “deeply concerned” about reports of forced labor and discrimination in the territory.

By Thursday morning, the Taobao online shopping platform had blocked the store, and it did not show up on Gaode or Baidu online maps. Actors also terminated endorsement contracts with H&M and Nike, which cut its supply chain from Xinjiang following the allegations.

The eastern Xinjiang region produces around 85 percent of China’s cotton. The country has denied putting members of the ethnic Uyghur minority group in forced labor and reeducation camps there. On Monday, the United States, Britain, Canada, and the European Union imposed coordinated sanctions on senior Chinese officials in the region. On Thursday, the hashtag #ISupportXJCotton started by the Communist Party’s People’s Daily newspaper garnered about 1.5 million posts and 700 million views on Weibo, a Chinese social media platform. —O.O.

Turkey reneges on rights accord

In an unexpected weekend decree, Turkish President Recep Tayyip Erdogan withdrew the country from a landmark European accord created to protect women from violence.

Some 45 countries and the European Union signed the 2011 Istanbul Convention in Turkey. It required member countries to adopt legislation to prevent and prosecute gender-based violence.

Zehra Zumrut, Turkey’s minister for family, labor, and social policies, said the country’s constitution protects women’s rights, but he failed to explain the withdrawal. The move angered rights advocacy groups, who say it will hamper efforts to end domestic violence.

Some officials within Erdogan’s Islam-oriented party had pushed for a review of the agreement, arguing it encourages divorce and undermines the traditional family unit. Critics argued the treaty’s categories on gender identity and sexual orientation also promote homosexuality. —O.O.