In denial about division

An illustration of Union troops charging during the Battle of Petersburg, Va., on July 30, 1864 Associated Press

In this year of polarization and racial tension, Elizabeth Varon’s Armies of Deliverance shows how Northern leaders in 1861 didn’t believe that the United States was deeply polarized. They thought wealthy plantation owners were not only bossing slaves but bossing poor whites as well, and the Civil War would be “a crusade to deliver the Southern masses from slaveholder domination.”

Union politicians were wrong, though, in their assumption of a huge class divide. Confederate leaders succeeded in portraying not just plantation kings but white Southerners generally as victims of Yankee aggression—and that understanding lay beneath the failure of Reconstruction. Here, courtesy of Oxford University Press, is an excerpt of what historian Varon teaches her students at the University of Virginia and readers of Armies of Deliverance. It made the short list for WORLDs 2019 Book of the Year in the history category. —Marvin Olasky

Northerners imagined the Civil War as a war of deliverance, waged to deliver the South from the clutches of a conspiracy and to deliver to it the blessings of free society and of modern civilization. Northerners did not expect white Southerners to rise up en masse and overthrow secession. But they did fervently believe that as the Union army advanced across the South, Southerners, especially from the non-slaveholding majority, would increasingly welcome liberation from Confederate falsehood and despotism.

This belief in deliverance was not a naive hope that faded, but instead a deep commitment that grew stronger over the course of the war. That is because the idea resolved the tensions within the Union over war aims. A distinct politics of deliverance—a set of appeals that fused “soft war” incentives and “hard war” punishments, and sought to reconcile the liberation of white Southerners with the emancipation of enslaved blacks—unified a pro-war coalition in the Union and sustained its morale.

The image of the Confederate people as the deluded dupes of scheming leaders tapped a deep vein in antebellum politics: the charge that a “Slave Power conspiracy” of ambitious planter- oligarchs and truckling Northern Democratic politicians exercised unseemly control over national politics, subverting democracy and imposing their proslavery agenda on the majority of Americans, North and South. Abolitionists warned of such a conspiracy as far back as the 1830s, as slaveholders coalesced around an aggressive campaign to expand slavery and to defend it as a “positive good” and a state’s right. The fledgling Republican party took up and popularized the conspiracy theme in the mid- 1850s, pointing to a series of proslavery victories, such as the 1850 Fugitive Slave Law, the 1854 Kansas-Nebraska Act, and the 1857 Dred Scott decision, as proof that the Slave Power was ever more aggressive in its designs and aimed at nothing less than nationalizing slavery, both spreading it westward and reintroducing it in the free states.

Republican politicians appealed to the Northern mainstream by emphasizing slavery’s harmful effects on whites—the economic backwardness, lack of opportunity, and absence of free speech in the South—rather than by emphasizing the themes of racial justice and equality. The party’s prescription for restoring majority rule was to restrict slavery’s westward expansion while at the same time spreading the free labor gospel in the South, so that white Southerners would gradually, over time, see fit to dismantle the institution. Secessionist usurpers, so Republicans charged, diverted history from its natural course, using fraud and violence to block this peaceful evolution toward freedom and sectional harmony.

This belief in deliverance was not a naive hope that faded, but instead a deep commitment that grew stronger over the course of the war.

Abraham Lincoln led the Republican party to victory in the 1860 election, a contest in which Republicans capitalized on the recent split of the Democratic party into Northern and Southern wings. In the free states, Lincoln prevailed over his Democratic opponent and fellow Illinoisan Stephen Douglas, winning 54 percent of the popular vote to Douglas’s 25 percent; two outlier candidates, Southern rights Democrat John C. Breckinridge of Kentucky and pro- compromise John Bell of Tennessee, placed a distant third and fourth. In the slave states, Breckinridge and Bell were the main attractions and Lincoln and Douglas the outliers, with Breckinridge garnering 45 percent of the popular vote to Bell’s 40 percent; Douglas was third with 13 percent and Lincoln a very distant fourth with only 2 percent of the Southern vote. Republicans claimed a mandate based on the fact that Lincoln won more electoral votes (180) than all the other candidates combined. But Deep South states, which had been priming the pump for secession for the previous decade, rejected Lincoln’s victory, seceded from the Union, and formed the Confederacy in the winter of 1860– 61; four Upper South states followed them that spring, while the four slaveholding border states (Kentucky, Missouri, Maryland, and Delaware) remained in the Union.

As Lincoln took office, he faced the challenge of uniting Northerners arrayed across a contentious political spectrum. On one end of that spectrum were abolitionists and Radical Republicans who believed the federal government should play an active role in dismantling slavery and in promoting black citizenship. On the other end were conservative Democrats who rejected abolition and black citizenship and were content for slavery to persist indefinitely. Across the middle of the spectrum were moderates of various political stripes who, like Lincoln himself, believed in the superiority of the free labor system and resented the power of slaveholders but had a relatively patient attitude toward slavery’s demise, wishing for its gradual extinction instead of immediate abolition. From the start, antipathy to elite slaveholding secessionists was a strong source of Northern unity. Republicans had long scorned Slave Power oligarchs; Northern Democrats, bitter at the fracturing of their party, felt betrayed by the leadership class of Southern Democrats. As historian Martha Hodes notes, Northerners imagined a “simplistically divided Confederacy” and did not carefully differentiate among the various strata of non-elite whites. The ambiguous category of the “deceived masses” lumped together the South’s landholding yeomen farmers and landless poor whites.

Very quickly, in the first months of the Civil War, the Slave Power conspiracy idea took on a new cast and increased potency. Northerners began to argue that the Confederacy was a “military despotism” that herded white Southerners into its ranks, seized private property for the war machine, and suppressed dissent. This was the theme of Lincoln’s first wartime message to Congress, delivered on July 4, 1861, nearly three months after the Confederate fi ring on Fort Sumter had initiated war. After “drugging the public mind of their section for more than thirty years,” the leaders of the secession movement had relied on “ingenious sophistry” (the false doctrine of state sovereignty) and on coercion (votes in which “the bayonets are all on one side of the question”) to bring “many good men to a willingness to take up arms against the government,” Lincoln insisted. A small band of conspirators had seemingly cowed the South into submission. But how deep did support for disunion really run? “It may well be questioned whether there is, today, a majority of the legally qualified voters of any State, except perhaps South Carolina, in favor of disunion,” Lincoln speculated. “There is much reason to believe that the Union men are the majority in many, if not in everyone, of the so-called seceded States.” The Union fought to uphold the principle of majority rule—that ballots, not bullets, should settle disputes—and did not intend “any coercion, any conquest, or any subjugation, in any just sense of those terms.”

In hindsight, Lincoln and other Northern political figures and writers were clearly wrong about a Southern populace deceived and coerced into supporting the secession movement.

Claims that white Southerners were “ripe for their deliverance from the most revolting despotism on the face of the earth,” as an influential newspaper, the New York Herald , put it in May 1861, were standard fare in the Northern press and among politicians in the early months of the war. Sometimes words such as “liberation,” “regeneration,” “redemption,” and “restoration” featured in such rhetoric. But the core message remained the same. “The people of the South are regarded as our brethren, deluded, deceived, betrayed, plundered of their freedom of inquiry, of speech and of action; forced into opposition to the Constitution and treason to the Union against their instincts, their sober judgment and free volition, by bold bad men,” the New York Times editorialized in June 1861, in a typical formulation.

In Northern rhetoric, the treatment of anti-Confederate Southerners was a form of “terrorism.” While that word appears sporadically in ante-bellum American political discourse, it became more prominent in 1861, as Northerners accused secessionists of employing both force and intimidation to get their way. An article entitled “Southern Terrorism” in the Milwaukee Morning Sentinel, for example, quoted a U.S. army officer from the South who had fled Virginia and who claimed to have seen citizens there “hung for voting the Union ticket”: “He says there are thousands in Virginia, and all through the South, who only wait to see Federal bayonets in order to avow their loyalty.” Antislavery newspapers joined with mainstream papers in publicizing the mistreatment of Southern Unionists as evidence of the “terror which reigns in the rebel states.” The war was a “ rebellion to extend despotism—despotism over white men’s minds as well as over black men’s bodies,” the Liberator observed, in a May 31, 1861, article entitled “Slavery is at the Bottom of It.” The border South, the New York Tribune opined in June, was full of men who “will be ready to act when the hour of deliverance is plainly at hand, but who dare not speak out at present.”

From Armies of Deliverance by Elizabeth R. Varon. Copyright © 2019. Published by Oxford University Press. All rights reserved. Used with permission. 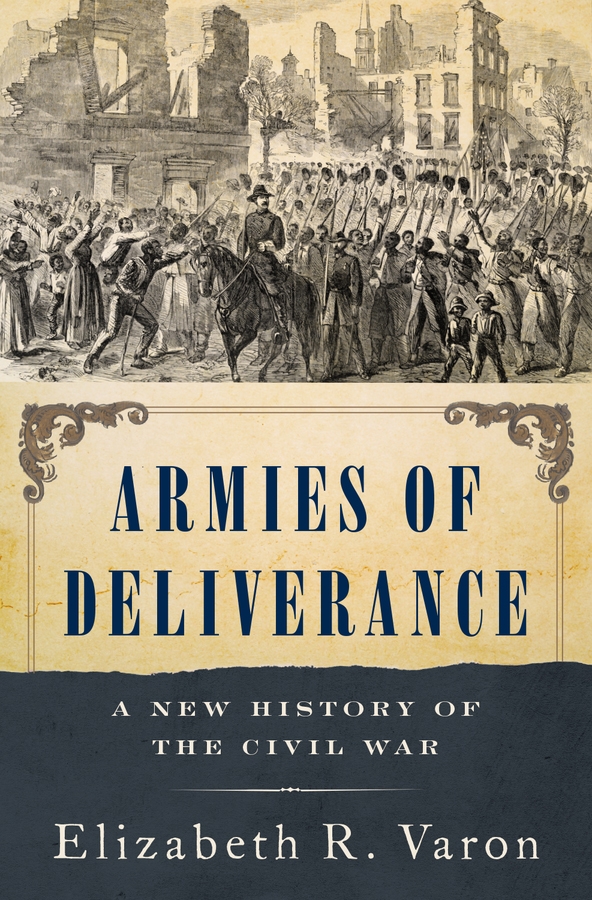 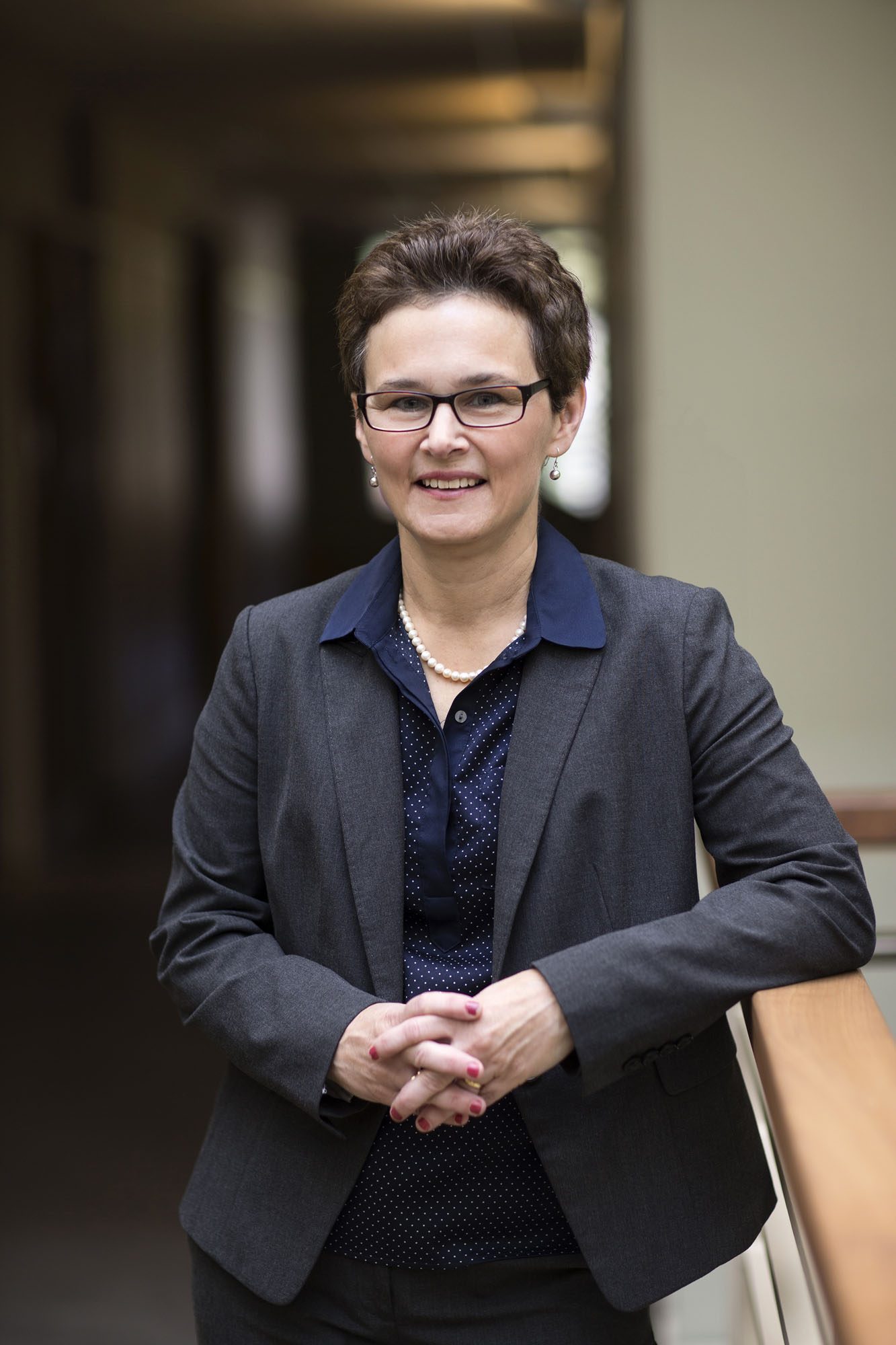