Parents at a California charter school are refusing to be sidestepped after a kindergarten teacher guided her students through an in-class gender transition for another student late last school year without parental notification.

On Monday, concerned parents spoke out at the Rocklin Academy Gateway school board meeting.

“My daughter came home crying and shaking so afraid she could turn into a boy,” one parent told the board at the meeting, according to CBS 13 in Sacramento.

“I want her to hear from me as a parent what her gender identity means to her and our family, not from a book that may be controversial,” another parent said.

The incident happened in early June on the second-to-last day of the 2016-17 school year. A kindergarten teacher reportedly read aloud two picture books about transgenderism, one called I Am Jazz, about the real-life gender transition of TV personality and LGBT advocate Jazz Jennings, and the second called Red: A Crayon’s Story, about a blue crayon that was mislabeled with a red wrapper.

According to reports by the kindergarten students (the school refused to discuss the details of the event with parents), one of the boys in the class changed from wearing boy’s clothes to girl’s clothes. The class was told the student had a boy’s body but a girl’s brain, and from now on, they needed to call the student a new name and use only female pronouns.

In response to questions and complaints this summer, the school’s board of directors held a special meeting for parents July 31. At that meeting, an attorney hired by the school told parents that under state law, discussions about gender identity and sexual orientation, unlike sexual education that discusses reproductive organs and their functions, do not require prior parental notification on the part of the school. The attorney said parents were also not allowed to remove their children from classrooms for such discussions.

Some Rocklin Academy Gateway parents had no qualms with the incident. “It was so precious to see that he had absolutely no prejudice in his body,” one mother said Monday about her son’s reaction to the event. “My child just went in there and listened to the story and didn’t relate it to anything malicious or didn’t question his own body.”

“Teaching transgender ideology to children amounts to child abuse,” said Michelle Cretella, president of the American College of Pediatricians. She said reactions of fear and confusion among children exposed to “gender-bending story books and cross-dressing demonstrations” are predictable.

“When authority figures teach these youngsters the myth that a child can be trapped in the wrong body, they are potentially disrupting their normal cognitive development … [and] will potentially lead to the fear that they aren’t the sex their bodies clearly indicate they are,” she added.

After Monday’s meeting, the school board agreed to put the topic on its agenda for September.

In the meantime, the issue is not going away.

Earlier this week, a Rocklin first grader was called to the principal’s office for mistakenly referring to her former kindergarten classmate by a male name on the playground. The two students are in separate classes this year. Karen England, executive director of the Capitol Resource Institute, a pro-family organization, told The Washington Times the girl’s parents were outraged and met with school officials Wednesday. 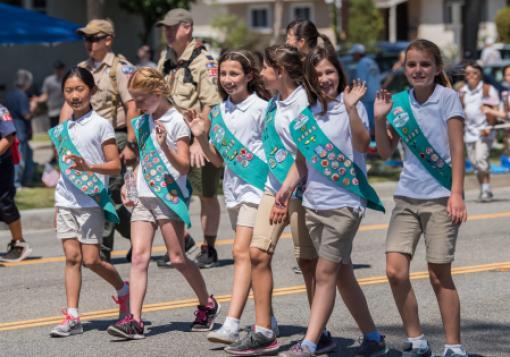 The Girl Scouts this week accused the Boy Scouts of an undercover campaign to steal girl members.

Hannan referred to research supporting “single-gender programming,” saying, “It is inherently dishonest to claim to be a single-gender organization while simultaneously endeavoring upon a coed model.”

The Boys Scouts unapologetically said they were considering such programs.

“Based on numerous requests from families, the Boy Scouts has been exploring the benefits of bringing Scouting to every member of the family—boys and girls,” Effie Delimarkos, a Boy Scouts spokeswoman, said in a statement responding to the letter. “No decisions have been made.”

In truth, both organizations are facing falling membership. Some of that decline follows pushback by faith-based groups against recent changes in both organizations concerning LGBT youth and leaders. Both Scouting groups now allow openly gay scouts and leaders. In 2015, the Girl Scouts opened their ranks to transgender children on a case-by-case basis. The Boy Scouts followed suit this January, deciding to accept all self-identifying male applicants regardless of the gender on a child’s birth certificate.

Some see allowing girls as the logical next step. Noting the Boy Scouts’ transgender policy change, in February the National Organization for Women approved a resolution calling on the Boy Scouts to “end its discriminatory ban against girls.” —K.C. 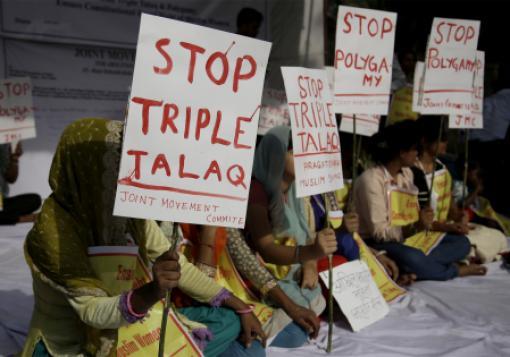 The practice, known as “triple talaq,” permits men to divorce their wives by simply speaking the Arabic word “talaq,” or “divorce,” three times. Seven Muslim women who had been divorced in this manner petitioned the court.

The bench deliberated for three months before issuing a ruling. Although “triple talaq” is banned in most neighboring countries, India has laws allowing Muslims, Christians, and Hindus to follow their own religious law when it comes to marriage, divorce, inheritance, and adoption.

Human rights activists celebrated the ban as a long-fought victory for Muslim women. The Muslim Law Board in India said that although it opposed the practice, the courts should not have interfered with Muslim law. —K.C.

A loss so deep

The loss of a father affects children at the cellular level, according to research published this month in the journal Pediatrics.

Overall, the attrition was 40 percent greater for boys than girls, pointing to the specific importance of fathers for sons.

Previous studies had linked the loss of a father to negative health and behavioral consequences, but this was the first study to look at the effect on a biological level. —K.C.

Parents across the country are signing a pledge to delay giving their children smartphones. The Wait Until 8th campaign, launched by a Texas mom last spring over concerns about the detrimental effects of smartphones on kids’ brains, social lives, and innocence, has more than 2,000 commitments from parents in 49 states. The pledge asks parents to promise not to give their child a smartphone (basic mobile phones are OK) until the eighth grade.

The initiative aims to empower like-minded parents to rally together and to decrease the pressure kids feel from their peers to get a smartphone. A support network is a requirement: Pledges are not valid until at least 10 other families in a school sign, too. —K.C.