Case illustrates the importance of conscience protections for healthcare providers

A nurse in Illinois forced from her job in 2015 for her pro-life convictions can move forward with her lawsuit against the Winnebago County Health Department, a judge ruled last week. The case highlights the ongoing challenges Christian medical providers face amid eroding conscience protections and the importance of having state laws to protect them.

Judge Eugene Doherty of the 17th Judicial Circuit of Winnebago County denied dueling summary judgment requests from the nurse, Sandra Rojas, and the county in his Feb. 12 ruling. Rojas, who is Catholic, can continue to press her case under the state’s Religious Freedom and Restoration Act and its Conscience Act, he ruled.

The trouble for Rojas began in 2014 when the county health department’s new administrator, Sandra Martell, began consolidating facilities and shifting job responsibilities. Rojas, a licensed nurse with 18 years of service at the department, found herself tasked with providing abortifacients and making referrals for abortions.

Rojas and other employees objected to the new requirements and asked for exemptions. Two employees accepted different positions, but the accommodation offers Martell made to Rojas included either fewer hours or a problematic job prospect. The offer violated state law protecting employees from adverse actions should they voice conscience objections, said Noel Sterett, an attorney who represents Rojas with the Chicago law firm Mauck & Baker.

“It was an insult,” he said of one job offer: a part-time, seasonal position as a county food inspector. And a suggestion that Rojas apply for a position in a nursing home where her son worked probably conflicted with nepotism laws, Sterett said.

Martell gave Rojas two weeks to accept an offer or resign. Rojas chose the latter. Since then, she “has been getting as many hours as possible” in a part-time position at a children’s home, Sterett told me.

The Rojas case is not an outlier. She joined a group of nurses who testified on Capitol Hill in November about the untenable ultimatums given by their employers: Assist in abortions or lose your job.

The Trump administration responded by establishing a new Office of Civil Rights (OCR) within the U.S. Department of Health and Human Services. The OCR knows about Rojas’ case and can choose to investigate the county’s use of federal grants in light of the conscience violation, Sterett said.

The county could agree to a settlement during the next status hearing on March 22, but Rojas’ attorneys are preparing for trial. Illinois’ pro-abortion ethos could be partly to blame for Martell’s refusal to give Rojas a conscience exemption: Last year, Gov. Bruce Rauner, a Republican, authorized taxpayer funding for abortion and, in 2016, signed legislation requiring pro-life pregnancy centers to refer clients to abortion providers.

Sterett said when Illinois passed its Religious Freedom and Restoration Act in 1998, the state legislature, although divided on the issue of abortion, agreed to civilly disagree on the issue.

“That day may have passed for the time being,” Sterett told me. “We are arming the state to force people to act against their conscience.” 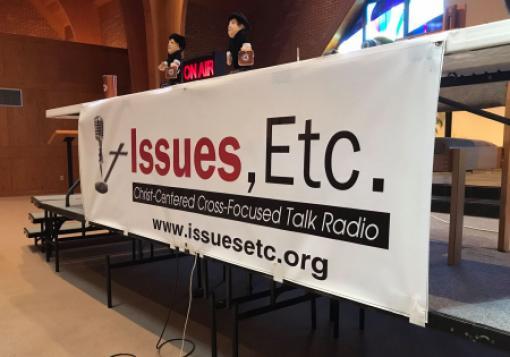 For almost a week, Twitter barred Lutheran Public Radio (LPR) from advertising one of its programs due to its “hateful content.” An email notification gave the producers of Issues, Etc. no explanation, other than a link to Twitter’s policy page, for the social media service’s ban on LPR’s promotion of the program’s interview with author Ryan T. Anderson, who discussed his new book on transgenderism.

Six days later, Twitter reversed course and notified LPR it had approved the ad, with no changes.

“Although I disagree that speaking the truth in love about transgenderism is ‘hateful content,’ Twitter has every right to reject our business,” Jeff Schwarz, LPR’s general manager, told me. “I am just hoping that others will extend the same right of conscience to bakers, florists, and photographers.”

Twitter’s temporary ban only served to prove a point Anderson made during the Feb. 7 interview. While conducting research for When Harry Became Sally, the senior fellow with the Heritage Foundation said several medical school professors and practicing physicians requested anonymity because they feared reprisals from their peers or even losing their jobs for questioning the gender-affirming therapy advanced by the American Medical Association and American Psychiatric Association.

“Activists want to silence and shame anyone who questions transgender ideology,” Anderson told me. “But there’s too much at stake to remain silent, for what’s at stake is nothing less than the human person.”

Amid the drama over Twitter’s ad ban, Amazon suddenly stopped shipping Anderson’s book after filling orders about two weeks ahead of its official release date of Feb. 20. Anderson took to Twitter to question the sudden change, which raised speculation of a targeted campaign against the book. He later told me he still doesn’t know what happened. His publisher, Encounter Books, did not respond to my requests for an explanation. —B.P. 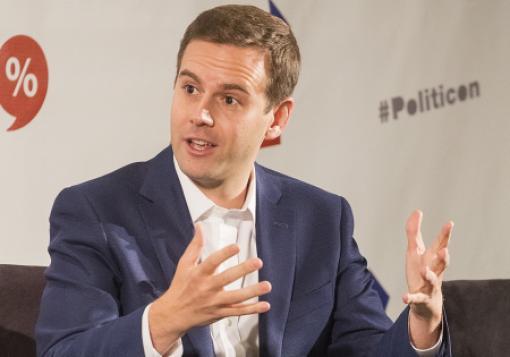 In anticipation of Benson’s Feb. 13 discussion, the “collective of students at Brown University” posted an open letter to the school calling Benson’s invitation “yet another iteration of a conversation that is misguided, narrow-minded, and explicitly dangerous to the well-being and continued thriving” of a host of “marginalized” people.

In order to prevent silencing those vulnerable communities, Benson should be silenced instead, they argued. In response, university police stepped up security measures to keep Benson safe from those who vowed not to “stand idly by” in the face of his so-called threat.

Benson, an author and Fox News contributor, called the safety briefing surreal but thanked the university for allowing the meeting to continue, considering how many appearances by conservative commentators on other campuses have turned violent.

With the exception of a “handful” of students walking out on his talk, Benson said the presentation proceeded peacefully and prompted challenging questions from “left-leaning” attendees, including some who had advocated for his censorship. —B.P.

Chai Feldblum, a nominee to the Equal Employment Opportunity Commission (EEOC), wants to make employment law a little more equal for some employees than others. By nominating her to another five-year term, President Donald Trump may allow the LGBT advocate to do just that.

During Feldblum’s current tenure, the commission redefined “sex” in Title VII of the 1964 Civil Rights Act to mean sexual orientation and gender identity, even though it mentions neither. She also helped author the Employment Nondiscrimination Act (ENDA)—a law that would add sexual orientation and gender identity as protected classes in federal employment nondiscrimination law.

Sen. Mike Lee, R-Utah, has asked Trump to rescind the “divisive” appointment: “Feldblum has described modern-day politics as a ‘zero-sum game,’ where rights for LGBT Americans are secured only by curtailing the rights of religious Americans.”

In 2006, Feldblum, who was then a Georgetown University law professor, told Maggie Gallagher of The Weekly Standard that when it comes down to religious liberty vs. sexual liberty, “I’m having a hard time coming up with any case in which religious liberty should win.”

Lee called out Feldblum for her “radical views on marriage,” which he believes could influence federal policy through EEOC decisions. Other critics have noted Feldblum’s LGBT advocacy as an EEOC commissioner conflicts with the president’s professed support of religious liberty. —B.P.

Labor board sides with Google in Damore firing

The NLRB issued its memo even though Damore withdrew his complaint and filed a class-action lawsuit against Google on Jan. 9. The suit claims the company’s hiring practices violate federal law. —B.P.