Parents in the U.K. ultimately have no say over medical decisions for their sick children

Tom Evans, with his head hung low, looked only once at the camera Thursday as he read a prepared statement asking supporters of his ailing son Alfie to “stand down.” Evans wanted to deescalate the tension so he and Alfie’s mother, Kate James, could “build a bridge” with the Liverpool, England, hospital seeking the end of their toddler’s life.

Evans’ strong Liverpudlian accent had previously tumbled out fiery defenses of his son’s right to life and criticisms of court rulings against him. For months, Evans and James fought a system that decided at the highest level that removing the 23-month-old’s life support was in his “best interest,” ultimately trumping the couple’s parental rights.

Alfie’s parents ultimately lost their fight when their son died early Saturday morning, after lingering for days at Liverpool’s Alder Hey Children’s Hospital without life support. Doctors, who didn’t expect Alfie to live that long once the plug was pulled, insisted his brain had degenerated beyond recovery and declared he should die.

In February, High Court Judge Anthony Hayden concluded from the doctors’ testimonies that severe brain deterioration due to an unknown disorder had left Alfie unable to see, hear, or respond to any stimuli. He admitted that “life itself has intrinsic value, however tenuous or vestigial its hold,” and a visit to Alfie’s hospital room, filled with toys and gifts from supporters, convinced him the child’s “life has true dignity.”

But Hayden ultimately decided Alfie would benefit most from having his ventilator disconnected. The U.K. Supreme Court upheld the decision in March, citing the UN Convention on the Rights of the Child, which Britain ratified in 1991. Under this treaty, the court ruled, a child’s rights “will, if inconsistent with the rights of his parents, prevail over them.”

Stefano Gennarini, director of legal studies at the Center for Family and Human Rights, told me the treaty doesn’t prescribe the removal of life support for brain-damaged toddlers. But courts have used the “free-floating principle” of a child’s best interest to trump parental rights in cases like Alfie’s, instead of using it “when parents have failed to provide protection for their children.”

Far from failing to provide protection, Evans and James sought to transfer Alfie to Rome’s Bambino Gesú Hospital, which awaited them with open arms. The parents hoped the Italian hospital could give a diagnosis for their son and continue providing life support. Pope Francis met with Evans earlier this month, and the distraught father told him, “Our child is sick, but not dying and does not deserve to die. He is not terminally ill nor diagnosed. We have been trying our best to find out his condition to treat or manage it.”

It’s not the first time British courts have overruled parents’ wishes to continue fighting for a disabled child’s life, and it’s unlikely to be the last. “It happens on a daily basis,” Gennarini told me. “There are just very few families that actually challenge the bureaucracy.”

Last year, the world watched as parents Chris Gard and Connie Yates fought for their son, Charlie Gard. They took his case to the highest level of the British judicial system in an unsuccessful bid to stop staff at Great Ormond Street Hospital in London from switching off his life support. Parents of Isaiah Haastrup similarly lost their court battle last month to continue treatment for their son, who breathed on his own for several hours after hospital staff removed his ventilator.

Alfie’s parents continued to fight for his life after he started breathing on his own last week. Despite Italy putting an air ambulance on standby to take Alfie to Rome, Hayden stood by his initial ruling that death was in Alfie’s best interest. The Court of Appeal upheld an earlier High Court ruling, nixing the couple’s final effort to procure a transfer for their son. Evans and James stood by and watched Alfie’s condition deteriorate until he died at about 2:30 a.m. Saturday.

Charlie Gard’s parents, along with thousands of other supporters, expressed their condolences on Facebook. Evans and James wrote on their son's support page that they were “heartbroken” at his passing, and supporters released thousands of balloons in tribute.

The staunch refusal to release Alfie to another hospital’s care serves as “an example to others who want to challenge” doctors’ decisions, Gennarini told me. “On one level it’s human arrogance and vanity, without a doubt,” he said of the doctors involved. In addition, he warned that hospitals can’t afford to lose such a high profile case: “They have to find some way to get the parents to submit to the doctors.”

Two days before Alfie’s death, Evans finally did submit, thanking the hospital staff for their “dignity and professionalism during what must be an incredibly difficult time for them too,” and agreeing to accept only comfort care for his son.

Gennarini described Britain’s National Health Service (NHS) as “on the verge of collapse.” Cases like Alfie’s amount to “health rationing” in a system that can’t prioritize people with a grim prognosis.

“You’ve got doctors deciding whose life is worth living,” Gennarini said. “It has nothing to do with whether or not the treatment is futile.”

But outrage sparked by the case could give other parents hope. Steven Woolfe, a member of the European Parliament from North West England, has launched a campaign for “Alfie’s Law,” a measure that would give parents more weight in medical decisions for their children.

“In Alfie’s case, many feel that the NHS has closed ranks, and that ‘groupthink’ within the organisation has meant that doctors cannot question their colleagues’ assessments,” Woolfe wrote. “We cannot let this continue.” 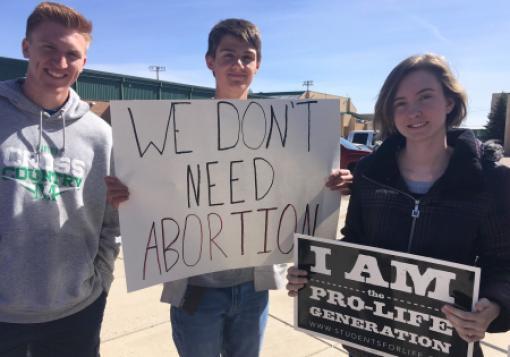 The Trump administration must continue grant funding for a Planned Parenthood program aimed at preventing teen pregnancies, a federal judge ruled last week. The government cut funding to the program in July, although it was supposed to continue until 2020.

U.S. District Judge Thomas Rice ruled that the government cut funding “capriciously.” He issued a permanent injunction to “prevent harm to the community and prevent loss of data regarding the effectiveness of teen pregnancy prevention.”

Jonathan Jacobson, an attorney for the Department of Justice, argued Planned Parenthood claimed legal rights it did not have: ”There is no legal entitlement to further funding beyond each funding year.”

Meanwhile, pro-lifers rallied at nearly 150 sites across the country Saturday to urge the government to defund the abortion giant by issuing an executive order that would block abortion providers from getting any federal funds. Efforts to cut the $430 million in taxpayer funds Planned Parenthood receives each year have stalled in Congress. —S.G. 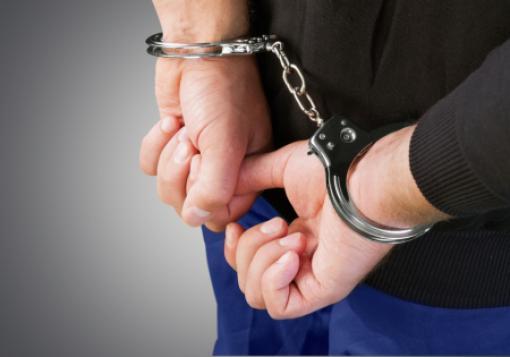 Prosecutors charged New York abortionist Robert Rho last week with manslaughter after one of his patients died following a second-trimester abortion. The Queens gynecologist allegedly lacerated Jamie Lee Morales’ cervix and cut an artery in her uterus. He knew she had suffered excessive bleeding and operated a second time to try to stop it. He later discharged her despite continued bleeding. Morales had apparently staggered and collapsed at the facility before staff sent her home.

Morales lost consciousness on the way to her sister’s home in the Bronx. She died that night at an area hospital despite a blood transfusion. Rho could face up to 15 years in prison for botching the abortion and failing to monitor her condition afterward. —S.G.

Planned Parenthood filed suit last week against a new Indiana law requiring medical providers to report treatment of abortion complications. The suit comes on the heels of a federal court ruling against another Indiana law providing protection for unborn babies diagnosed with Down syndrome. —S.G.