But some senators reject incremental approach to reducing recidivism

A plan to help federal prisoners reintegrate into their communities passed with nearly 86 percent of House votes last week but met a cooler reception in the Senate. The proposal would commit $50 million over five years to reducing recidivism with methods that have worked in state prisons. Critics in the Senate say they won’t support the bill unless it also includes sentencing reforms.

The “Formerly Incarcerated Re-enter Society Transformed, Safely Transitioning Every Person Act,” or FIRST STEP Act, passed by a vote of 360 to 59 and has support from the White House. It was a revised version of an earlier bill introduced by Reps. Doug Collins, R-Ga., and Rep. Hakeem Jeffries, D-N.Y., that kept a key measure: The Bureau of Prisons must calculate each prisoner’s risk of recidivism and design an individualized plan for rehabilitation.

Nationally, two-thirds of the more than 650,000 offenders released from federal prison each year are rearrested within three years, according to the Justice Department. Under the new legislation, a prisoner’s plan would include evidence-based recidivism reduction programs such as addiction treatment, job skills training, mentoring, and faith-based classes—all based on the prisoner’s personal needs. Depending on the sentence, certain prisoners who completed the programs could earn the ability to transition to home confinement or a federal halfway house prior to full release.

Along with individualized plans for release, the bill offers post-sentencing benefits such as help getting identification cards or birth certificates, provision of hygiene products, home confinement for low-risk offenders, and placement of prisoners within 500 driving miles of their home and family if space is available. The act also prohibits shackling of pregnant prisoners and specifies rewards for good behavior such as additional visitation time and phone privileges. Faith-based groups and their programs for inmates get specific protection in the law. Section 106 says any program, treatment, regimen, group, company, charity, person, or entity’s faith-based stance “may not be a basis for any discrimination against it.”

In a five-page letter to colleagues obtained by Politico, a number of House and Senate Democrats criticized the bill’s lack of front-end sentencing reform and warned it gave too much discretion to Attorney General Jeff Sessions, who has voiced opposition to changing mandatory minimum sentences. They also found fault with the Risk and Needs Assessment System tool despite its wide helpfulness in state prison settings. Senate Judiciary Committee Chairman Chuck Grassley, R-Iowa, said he supported prison reform, but any Senate bill must include changes to mandatory minimums, The New York Times reported.

Prison Fellowship President and CEO James Ackerman lauded the House bill’s focus on correcting the “systemic failure to rehabilitate” prisoners that has “long betrayed communities already struggling beneath the weight of crime and incarceration.”

As front-end and back-end reform debates continue, Ackerman said the House bill equaled a “major step in impacting the well-being of families and communities throughout the nation.” 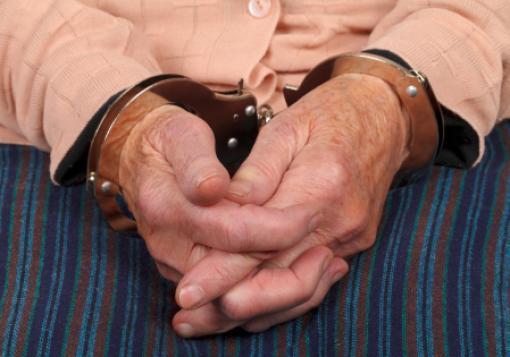 Late in the game compared to other states, Massachusetts last month enacted a “compassionate release” law to alleviate the strain of caring for elderly inmates. The measure allows the prison system to release terminally ill or incapacitated inmates who are no longer considered a security risk.

The U.S. incarceration rate is at its lowest since 1996, according to the Bureau of Justice Statistics, but Human Rights Watch calculated that the number of federal and state prisoners ages 65 and older increased 94 times faster than the total prisoner population from 2007 to 2010. Huge bills loom for many elderly prisoners with chronic conditions such as Hepatitis C or who need 24-hour care such as diapering, washing, and therapy following a stroke.

Though the state stands to save millions of dollars by granting compassionate release, some cases may end up putting the same care burden on other state programs if a prisoner has no loved ones to foot the bill for needed medical care after release.

Republican Gov. Charlie Baker has since proposed new legislation that would disqualify at least 375 aging convicted murderers from compassionate release. Brendan Moss, a Baker spokesman, told WGBH-TV the administration wants such prisoners to “serve sentences that match the heinous crimes they committed.” Aging sex offenders would be eligible for release only through “detailed procedures established for those unique cases.”

The federal government has inconsistently implemented compassionate release, according to 2013 report by the U.S. Department of Justice’s Office of the Inspector General. “The Bureau of Prisons does not have clear standards on when compassionate release is warranted, resulting in ad hoc decision making,” the report read.

The news is bleak, but with the right Christian action, it could jump-start a new form of prison ministry for the aging. —R.H. 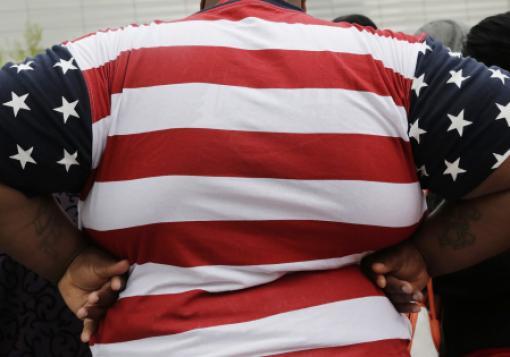 Obesity rates typically increase with a country’s rising wealth—the rising economies of China and India have brought expanding waistlines—but in the United States, the poorest and least educated are most likely to be overweight, the Centers for Disease Control and Prevention reported. One-third of U.S. citizens are now classified as obese. Better news is that younger Americans tend to weigh less than those middle aged or over 60, according to a Journal of the American Medical Association study. —R.H.