Hospital tries to keep the faith

When the Sisters of St. Francis founded St. Anthony Hospital in the newly built city of Denver in 1892, they likely never envisioned their ministry embroiled in a battle over assisted suicide. Though St. Anthony moved from its original building into a state-of-the-art suburban campus in 2011, the hospital has tried to stay true to its religious roots. It upholds the healthcare directives of the U.S. Conference of Catholic Bishops and requires its physicians to do the same.

Physician Barbara Morris wants to violate those guidelines by helping a cancer patient end his own life. The Catholic healthcare directives say doctors must not assist in suicide or euthanasia in any way. On Aug. 21, Morris asked a state court to order the hospital not to sanction her for helping the patient, Neil Mahoney, get life-ending drugs. Centura Health, which owns St. Anthony, fired Morris on Aug. 26 and has asked a Colorado judge to send her case to federal court so it can defend itself on religious freedom grounds.

“We believe the freedom of religion doctrine at the heart of the U.S. Constitution’s First Amendment supports our policies and is the right of every American,” Centura said in a statement.

A court case seemed likely after Centura Health and SCL Health, another large Catholic hospital network in Colorado, opted out of participating in assisted suicide when voters in the state passed a law allowing the practice in 2016. The law says people who have a prognosis of six months or fewer to live can request life-ending drugs from their physicians. Hospitals may bar doctors from prescribing such drugs on its premises, and the law protects individual physicians who refuse to participate in assisted suicide. But Centura wants the court to decide whether Colorado can stop it from firing its employees for violating its religious standards.

The lawyer representing Morris and Mahoney, who was still alive as of Tuesday, pointed out that the law says helping a patient access the drugs doesn’t qualify as euthanasia or assisted suicide. But it does according to the Catholic healthcare directives, which define euthanasia as “an action or omission that of itself or by intention causes death in order to alleviate suffering,” which would include helping a patient get life-ending drugs.

Centura pointed out that when St. Anthony hired Morris in 2017, she signed an employment agreement saying she would not provide services violating the Catholic healthcare directives. The network said it would ask the court to stop the state from interfering with religious organizations carrying out their mission and ministry.

“Asking a Christian hospital to play any role in violating the dignity of human life is asking the Christian hospital to compromise its values and core mission,” said Mark Haas, a spokesman for the Archdiocese of Denver. “This is not the hospital forcing its beliefs upon others, but rather having outside views forced upon it.”

With 15 hospitals and more than 100 physician practices and clinics, Centura Health is the largest hospital system in the state. SCL Health is the second largest. Colorado is one of nine states that allow some form of assisted suicide. 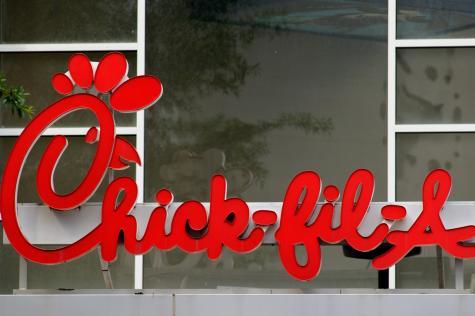 An extreme feeling of fear and exclusion caused by proximity to a popular fast-food chicken restaurant: That definition seems to fit the reaction of some University of Kansas faculty members to the school’s recent renewal of its contract with Chick-fil-A. Members of the university’s Sexuality and Gender Diversity Faculty Staff Council wrote to Chancellor Douglas Girod expressing outrage at the fast-food restaurant’s presence on the campus in Lawrence, arguing it “violates the feelings of safety and inclusion that so many of us have striven to create, foster, and protect.” They call Chick-fil-A a “bastion of bigotry.”

Critics have labeled the company discriminatory and “homophobic” because it contributed to Christian organizations like the Fellowship of Christian Athletes and the Salvation Army through its charitable foundation.

Others point to CEO Dan Cathy’s support for Biblical marriage. In 2012, he said that the United States was “inviting God’s judgment on our nation when we shake our fist at him and we say we know better than you what constitutes a marriage.”

In the KU student union, however, students continue to line up for chicken. This year, Chick-fil-A enjoyed its fifth year as the nation’s top fast-food restaurant, according to the American Customer Satisfaction Index. —S.W. 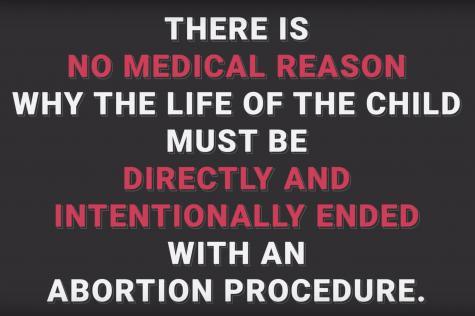 Facebook last week punished a prominent pro-life organization for posting “fake news” in violation of the social media giant’s community standards. Live Action, founded by pro-life activist Lila Rose when she was 15, published two videos that discuss why abortion is never a medically necessary procedure. Rose told The Federalist that the videos “explain a position shared by thousands of medical professionals.” She added, “Facebook should cut ties with the ideologically driven, inaccurate ‘fact-checkers’ they employed.”

Science Feedback, one of several fact-checking organizations Facebook uses, labeled the videos false, claiming certain medical conditions can make abortion necessary to prevent the mother’s death. Rose countered that more than 1,000 medical professionals who signed the 2012 Dublin Declaration agree intentionally killing an unborn child is never medically necessary and differs from treatments to save the life of the mother.

The two people tasked by Science Feedback with fact-checking Live Action’s claim work for pro-abortion organizations. Daniel Grossman is the director of Advancing New Standards In Reproductive Care, and Robyn Schickler is a fellow with Physicians for Reproductive Health. —S.W.

City officials in Ann Arbor, Mich., have curtailed the reach of a public accommodation law that could have forced a political consulting firm to support views that its conservative, Christian owners opposed.

ThinkRight Strategies filed a lawsuit in late July to stop Ann Arbor from enforcing an anti-discrimination ordinance that could have required the firm to work with any client, even one on the other end of the political spectrum. Under the settlement filed last week, the city agreed the law did not apply to ThinkRight because the firm “limits the platforms, views, policies, causes, events, or messages it will convey or promote through its services.”

I’ve noticed recently, as other restaurants announced new chicken sandwiches, media articles proclaiming those sandwiches are far better than Chick-fil-A’s. Rather transparent attempts to do what GLBT etc boycotts have failed to do.

In fact, every time I see one of those articles, I have extremely strong urges to eat at Chick-fil-A. ;-)

Also, to make more/larger donations to The Salvation Army.