Honoring the Lord while working for pharaoh

How Christians can serve God in difficult work environments

Christians have written about vocation for centuries, but author Daniel Doriani adds to the effort by addressing tough questions that likely will grow thornier for believers working in secular settings. For example, how should a Christian think Biblically about working for a company with unbiblical values?

In this excerpt from Doriani’s book Work, courtesy of P&R Publishing and on the short list for WORLD’s 2019 Books of the Year in the accessible theology category, the author argues that “believers may remain in compromised or even corrupt organizations, if they can mitigate evil there and if they are not required to sin. On the other hand, the godly may also stand outside morally compromised structures and denounce them.”

Doriani draws on Old Testament examples to build his argument, even as his vision of work remains hopeful: “Christians can do more than make a living or avoid sin. … Christ, the King, has come … his kingdom has arrived, even in our work.” —Jamie Dean

To Work or Not to Work for Pharaoh

The pharaohs of Egypt were autocrats. Whatever we think of power-hungry politicians today, none match the pharaohs, who (theoretically) claimed deity and ownership of the entire land of Egypt. Nonetheless, when one pharaoh dreamed of lean cows eating fat cows, Joseph interpreted the dream for him. The cows represented seven years of abundance followed by seven years of famine. When Joseph urged Pharaoh to save the coming surplus for impending years of poverty, Pharaoh was so impressed that he made Joseph his second in command. Thus, Joseph served a pagan ruler whose political system rested on blasphemous, egomaniacal claims. Still, by working for this pharaoh, Joseph preserved many lives, including lives in his family, God’s covenant family. So he demonstrated that the faithful may work for anyone.

Nonetheless, four hundred years later Moses refused to serve a different pharaoh, although that man was like a stepfather to him. Moses was born to a Jewish mother, but Pharaoh’s daughter adopted him into the royal family. Hebrews says that Moses “refused to be known as the son of Pharaoh’s daughter. He chose to be mistreated along with the people of God rather than to enjoy the pleasures of sin for a short time” (Heb. 11:24–27 NIV, 1984 version). By faith, he led Israel out of Egypt through a series of conflicts with Pharaoh (Ex. 5–14).

We can see why each man chose his course. Joseph served one pharaoh to save lives. Moses refused to serve another pharaoh, also to save lives. Why did Moses do this? First, Moses had a distinct calling: to lead Israel out of Egypt. Second, recent Pharaohs had resolved to exterminate or at least enslave God’s people (Ex. 2–5). The contrasting decisions of Joseph and Moses show that believers may or may not work for evil masters, depending on their circumstances and calling. The following accounts of Elijah and Obadiah make similar points.

To Work or Not to Work for Ahab

Ahab was a leading candidate for the title “Worst King of Israel.” After Solomon died, Israel divided and became two nations. The northern kings spurned God’s law and temple. Among northern kings, Ahab “did more evil” than anyone, especially by worshiping Baal (1 Kings 16:30–34). When his pagan wife, Jezebel, killed God’s prophets, Ahab did nothing to stop her. And he showed contempt for God’s law by confiscating whatever he coveted and killing those who stood in his way (21:1–16).

“Surely,” we might think, “no believer could work for Ahab.” Indeed, God called Elijah to stand outside Ahab’s court and declare judgment in the form of drought and famine (17:1). After three years of drought, Elijah returned to confront Ahab. Yet Elijah came first, not to Ahab, but to his palace manager, Obadiah: “Obadiah was a devout believer in the Lord. While Jezebel was killing off the Lord’s prophets, Obadiah had taken a hundred prophets and hidden them in two caves, fifty in each, and had supplied them with food and water” (18:3–4 NIV).

We wonder how Obadiah could govern the palace of a king such as Ahab. Had Obadiah’s father been a courtier? Had he come to faith after taking his role? Whatever his path to power, Obadiah believed he could serve God’s people in a dark but strategic place. By staying in Ahab’s court, Obadiah had opportunity to undermine Ahab’s rule, although he took great risks, since Ahab was a violent man (18:9–14). Surely Obadiah’s life was forfeit if Ahab had found out that Obadiah had sheltered the very prophets the king wanted to exterminate. But Ahab trusted Obadiah, and as the drought wore on, Ahab dispatched his manager to find water. As Obadiah searched, Elijah met him. Obadiah recognized Elijah, and bowed before him (18:7). Elijah told Obadiah, “Go tell your master, ‘Elijah is here’” (18:8 NIV).

Obadiah protested that if he told Ahab of Elijah’s presence, the Spirit would whisk away the prophet and Ahab would kill Obadiah for a false report. Yet, he adds, “I your servant have worshiped the Lord since my youth . . . [and] hid a hundred of the Lord’s prophets” (18:12–13 NIV). Then Elijah assured Obadiah, “I will surely present myself to Ahab today” (18:15 NIV).

It is easy to hurry past this encounter to reach the climax of the story, when Elijah defeats the prophets of Baal. But let’s pause to notice the lesson about work. We see that God can ask his agents to serve him in contrasting ways. Elijah served God by standing outside the king’s court, while Obadiah served God by staying within the king’s court. Elijah denounced the king’s regime from the outside, but Obadiah kept silent and organized relief for the prophets from the inside. Elijah protested evil while Obadiah restrained evil.

Different as they were, Elijah and Obadiah respected the other’s role. Obadiah called Elijah “my lord,” and Elijah accepted Obadiah as Ahab’s manager. Neither criticized the other; neither recruited the other. Each knew what God wanted him to do, and both knew God had different work for his brother. When Elijah assured Obadiah that he would be safe, he implied that Obadiah rightly stayed in Ahab’s court. Both men were faithful in dealing with Ahab.

The lesson is clear. If Obadiah could serve God while working for Ahab, then believers may work for almost anyone, if they can serve God there. We can work in corrupt enterprises, if we resist compromise, restrain evil, and promote justice. Scripture never encourages believers to court danger by seeking employment in a corrupt organization, but when evil finds us, we should resist it (James 4:7; 1 Peter 5:9).

It is permissible to avoid hostility by fleeing (Matt. 10:23), or we may stay where we are, despite the danger. Jesus modeled both tactics. He fled an angry crowd in Nazareth in Luke 4. And three years later, he stood his ground in Jerusalem, although it led to his crucifixion. Depending on his goals, Jesus could act like Elijah or like Obadiah. Like Elijah, Jesus pronounced judgment on a corrupt generation. Like Obadiah, Jesus refused to separate from unsavory people. In the incarnation, Jesus joined human society in all its corruption.

Clearly, if Obadiah could work for Ahab and Joseph could work for Pharaoh, believers may work almost anywhere, if they can do good, or at least restrain evil, there. Other heroes of the faith did the same thing. Daniel was a trusted advisor for notoriously cruel Babylonian kings (Dan. 1–6), Ezra and Nehemiah were high officials in Persia (Ezra 7:1; Neh. 2:1–8; 5:14), and Esther served God at great risk in Xerxes’ palace (Esth. 1–9).

Esther reminds us that believers don’t necessarily choose their tasks.

Esther reminds us that believers don’t necessarily choose their tasks. She didn’t volunteer for a beauty contest; the king ordered his officials to “gather all the beautiful young virgins” and she “was taken into the king’s palace” (Esth. 2:2–8). Later, Esther risked everything for her people. As Mordecai, her uncle, told her, “Who knows whether you have not” become queen “for such a time as this?” (4:14). Similarly, Joseph came to leadership when his brothers sold him into slavery, and Daniel started life in Babylon as a war captive. We never know when God may appoint us to dangerous but strategic service.

We need a sober optimism about such service. When national or local governments produce foolish policies, disheartened Christians wonder if it is even possible to serve with integrity in politics. Joseph, Obadiah, Daniel, and Esther all say yes. Yet, as realists, we must also say no on occasion. Moses refused to serve a genocidal pharaoh. Daniel served Nebuchadnezzar, but it almost cost him his life, and others did take a stand and perish for it (Dan. 3:1–30; 6:4–24; Heb. 11:33–37).

From Work: Its Purpose, Dignity, and Transformation by Daniel M. Doriani. Copyright © 2019. Published by P&R Publishing. All rights reserved. Used with permission. 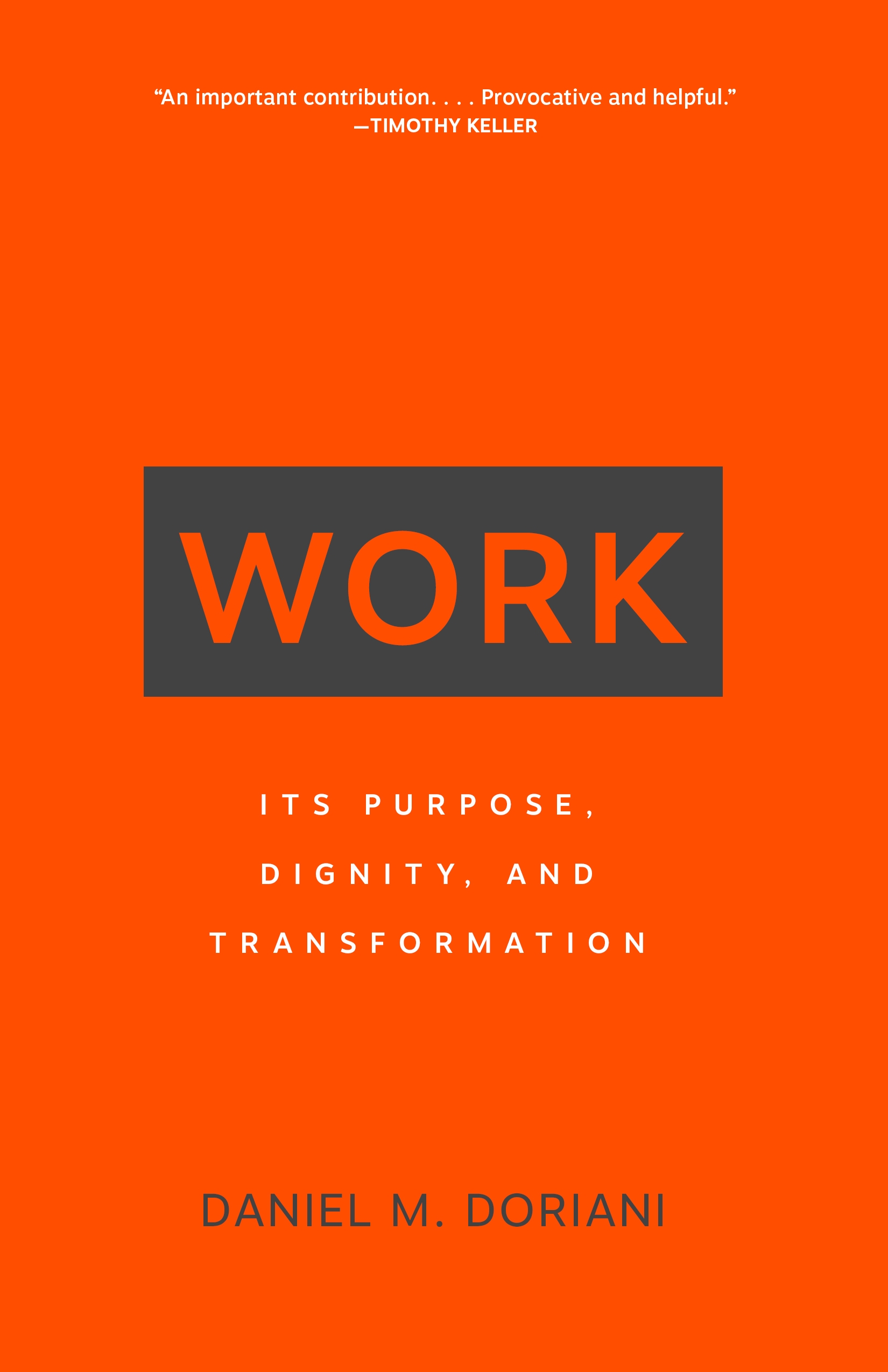 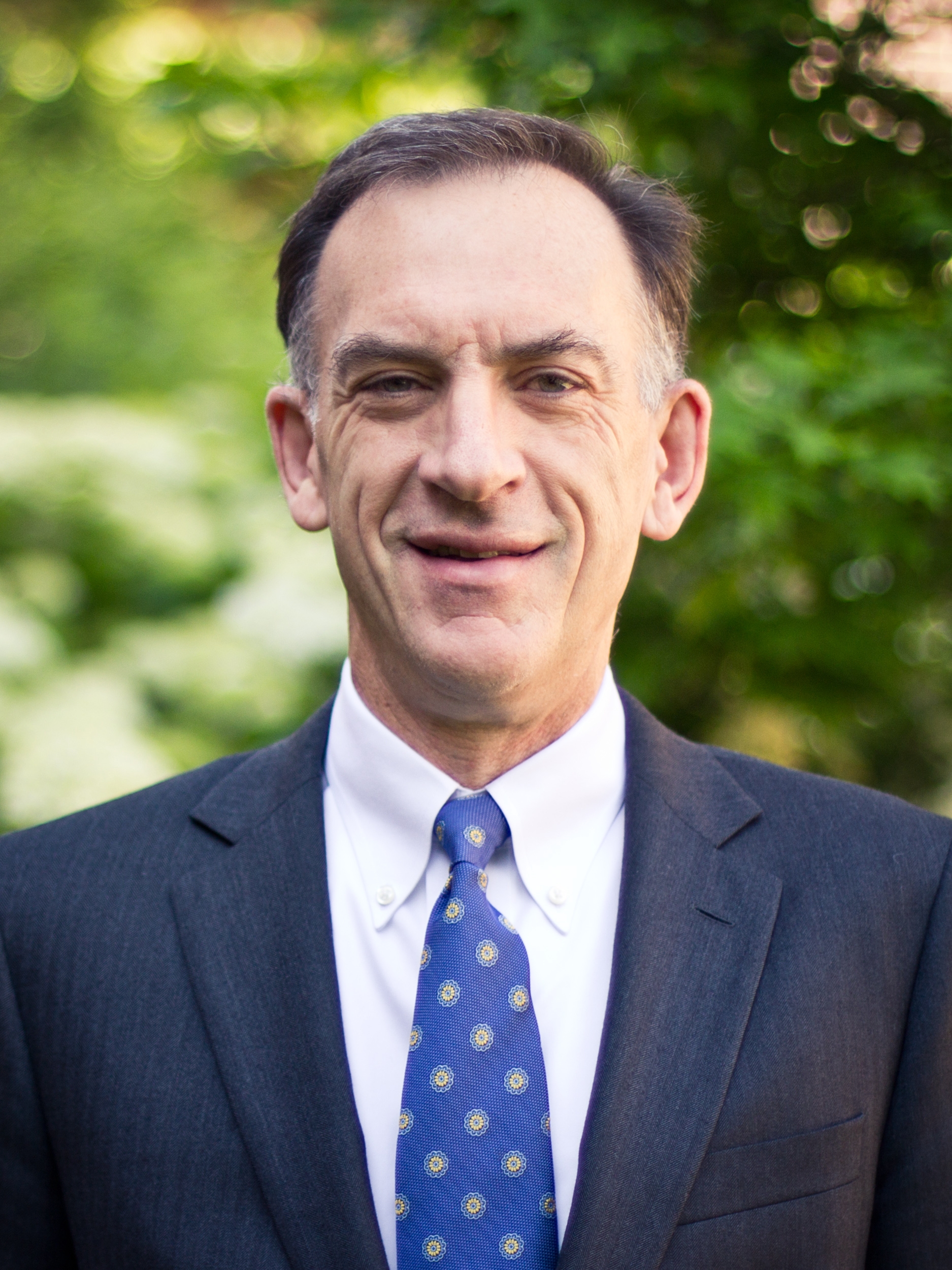 Daniel M. Doriani is professor of theology and vice president at Covenant Theological Seminary. He is the founder and president of The Center for Faith and Work, St. Louis; a member of the Council of The Gospel Coalition; and a regular blogger. He was also a lead pastor for 15 years.