Despite successful campaigns to kill similar measures in other states, regulation advocates continue to call for restrictions on home education

Homeschool families line up in the halls of the California Capitol on April 25. California Family Council

California homeschoolers converged on the state Capitol last week to voice opposition to a bill that would require state officials to collect and make public a list of families that educate their children at home. After listening to three hours of testimony, no member of the Assembly Education Committee wanted to go on record supporting the measure by making a motion for a vote, effectively killing the bill.

Brad Dacus, president of the Pacific Justice Institute, called bill’s defeat a victory well worth celebrating, especially in a state known for its regulatory penchant over every aspect of its citizens’ lives.

“All is not lost in California,” he said. “When we stand together, we can still make a difference.”

Assemblyman Jose Medina proposed the legislation after a high-profile child abuse case in Riverside. He initially wanted to require local fire officials to inspect every registered home school but dropped that provision after fire departments protested the additional workload. Medina continued to insist, even during last week’s hearing, that homeschoolers need better oversight.

“What we saw tonight was a massive victory for homeschool families, parental rights, and government by consent of the people,” said Jonathan Keller, president of California Family Council. “Thanks to the thousands of homeschool families and supporters who flooded the Capitol, legislators were reminded that this building is still the people’s house.”

California homeschoolers defeated another regulatory proposal earlier in April that would have required parents to get teaching certificates. Lawmakers in Hawaii also attempted to adopt new homeschool oversight provisions earlier this year, proposing mandatory background checks for all homeschool parents. That bill died in committee after the homeschool community rallied to oppose it.

Homeschool advocacy groups note studies do not show any correlation between homeschooling and child abuse. But critics have latched on to a new report out of Connecticut that seems to suggest otherwise. According to the state’s child advocate, Sarah Eagan, 36 percent of children pulled out of public school by parents who said they wanted to homeschool had at least one prior report of suspected child abuse or neglect. Eagan’s analysis included six school districts and 380 students withdrawn from school between 2013 and 2016.

Connecticut is one of 11 states that don’t require any oversight for homeschooling families, and Eagan urged lawmakers to consider putting some form of regulation in place to give government officials a point of contact with parents who choose homeschooling to hide their abuse.

Eagan views homeschooling as a risk factor, but in the cases she cites, the real risk factor is the prior report to the state’s child welfare agency. That’s apparently what prompted the parents to withdraw their children from public school. As I’ve reported before, the 2016 U.S. Commission to Eliminate Child Abuse and Neglect Fatalities found children with previous abuse or neglect reports had an almost six times greater risk of fatal injuries. A prior report of suspected abuse or neglect, no matter how the report was eventually resolved, provided the strongest predictor of a child’s risk for death before age 5. And yet, caseworkers only follow up on 60 percent of the reports they receive.

Connecticut education officials might not have a regulatory excuse to follow up with homeschooling families, but the child welfare agency certainly has a reason to check in with the families previously suspect of abuse. If that’s not happening, child advocates should figure out why not. If government officials aren’t effectively using the regulatory oversight they already have, how much help will more oversight power really be? 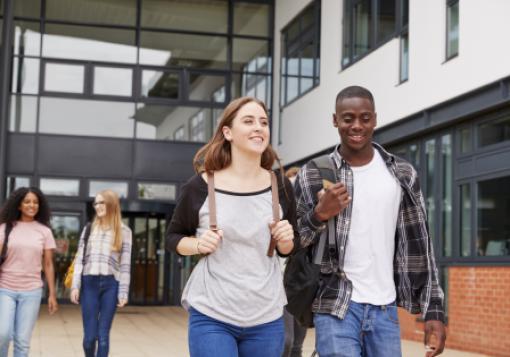 Sending your kids to a private Christian school could help mitigate the effects of millennial drift, the aimless young adult wandering all parents dread.

According to a new survey by Canadian think tank Cardus, graduates from evangelical Protestant high schools are more likely to be married and have children in their early 30s than their public school counterparts. They’re also less likely to be separated or divorced.

When it comes to finding meaning and purpose in life, Protestant school graduates are less likely to prioritize making money and more likely to emphasize the importance of a close relationship with God. They’re also more likely to seek meaningful and challenging work.

The latest Cardus report is part of a larger project to evaluate the ways Christian education influences students into adulthood. Another report released earlier this year found Christian school graduates are more likely to retain their faith as adults. —L.J. 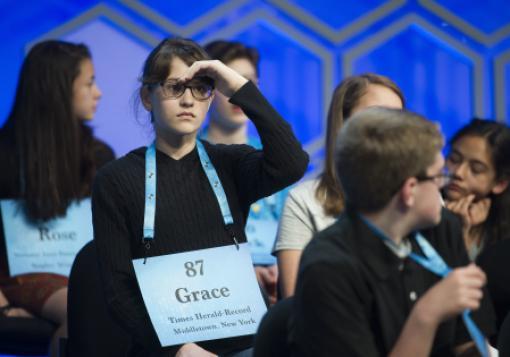 This year’s Scripps National Spelling Bee is getting bigger. A lot bigger. More than 500 spellers will head to Washington, D.C., for this year’s competition, thanks to a new wild-card system. More than 850 students applied for the “RSVBee” program, and 241 made it through to the finals, swelling the ranks to 517 enthusiastic word wranglers. Last year, 291 students entered the prestigious competition. The change is designed to help even the playing field at regional bees, which up to now have provided the only gateway to the national competition. Because some regional contests are more competitive than others, really good spellers who might have a chance to win in Washington often get left at home. The wild-card contestants must pay their own travel and lodging costs, as well as the $750 competition entry fee. The Bee begins May 28. —L.J.

Graduation season is just getting started, but the ceremony at Pepperdine University already wins the award for most memorable (see video clip below). Two pelicans crashed the waterfront event in Malibu, Calif., skimming over the crowd before landing near the makeshift stage. One bird waddled down the red carpet and had a brief standoff with a security guard before moving on. I bet no one remembers what the commencement speaker had to say. —L.J.

I am shocked by the homeschooling stories and how the regulations implicitly stigmatize homeschooling families. What have we come to when legislators and “research” believe that parents being with their children and schooling them, is some sort of ‘Risk factor”? A risk to state control over our lives, certainly....