Earlier this year, James Whitford, executive director of Watered Gardens homeless shelter, called the New York City Rescue Mission to learn how its leaders mitigated COVID-19’s spread. “I was very surprised ... to find they had only one positive case,” he said. “This was when New York City was exploding with cases.”

Whitford was having a similar experience in Joplin, Mo. The shelter did not have a single positive case of COVID-19 despite continuing all services and accepting new residents. “The infection rate in homeless communities seems to be very low,” he said.

John Anderson, president of the Bay Area Rescue Mission near San Francisco, agreed. His facility tested more than 100 people with no positive results. But while fewer homeless people have contracted the coronavirus than health officials predicted, the pandemic has brought other dangers to those living on the streets.

In the spring, disease experts and government officials rushed to identify groups particularly vulnerable to COVID-19. Many agreed that the homeless qualified because they regularly deal with outdoor exposure, nutrient deficiency, stress, and mental illness. Often they cannot maintain good hygiene or social distancing. Life on the streets exacerbates treatable conditions such as diabetes, asthma, and addiction.

The Centers for Disease Control and Prevention issued guidance for shelters to space out residents and cities to leave homeless camps undisturbed. Shelters moved beds apart and checked temperatures as people arrived. San Francisco relaxed enforcement of its tent camping ban and created some sanctioned encampments. Las Vegas also provided a parking lot for tents, with marked spaces 6 feet apart from one another.

In April, a San Francisco homeless shelter reported five COVID-19 cases had spiked to 70 in just three days. Barbara DiPietro, senior policy director for the National Health Care for the Homeless Council, said that more than 200 testing events in five cities showed infection rates among the homeless ranging from zero to 66 percent: “So this is a wildly variant moving target, depending on who and how and when you test.”

But those clusters were the exception.

“It has … been miraculous,” said Andy Bales, president of Union Rescue Mission in Los Angeles. “We’ve only lost 32 lives of people devastated by homelessness in Los Angeles to COVID-19, and just over 170 lives [of homeless people] in the United States.”

No one can say for certain why the pandemic hasn’t devastated homeless communities as some predicted. Some experts speculate homeless people might have tougher immune systems or benefit from extra vitamin D from the sun. Others suggested the homeless can more easily stay apart.

But homeless communities still face pandemic problems. In some areas, demand has taxed food banks and local food pantries cannot reach people who need help. Shelters and rehab centers admit fewer or no new clients even though overdoses are rising. Some homeless people have contracted COVID-19 in city-subsidized hotel rooms or died there from other health causes.

Still, Bales is encouraged: “Working together, along with what I describe as a supernatural protection, we were able to surprise even ourselves in mitigating the loss of precious lives.” 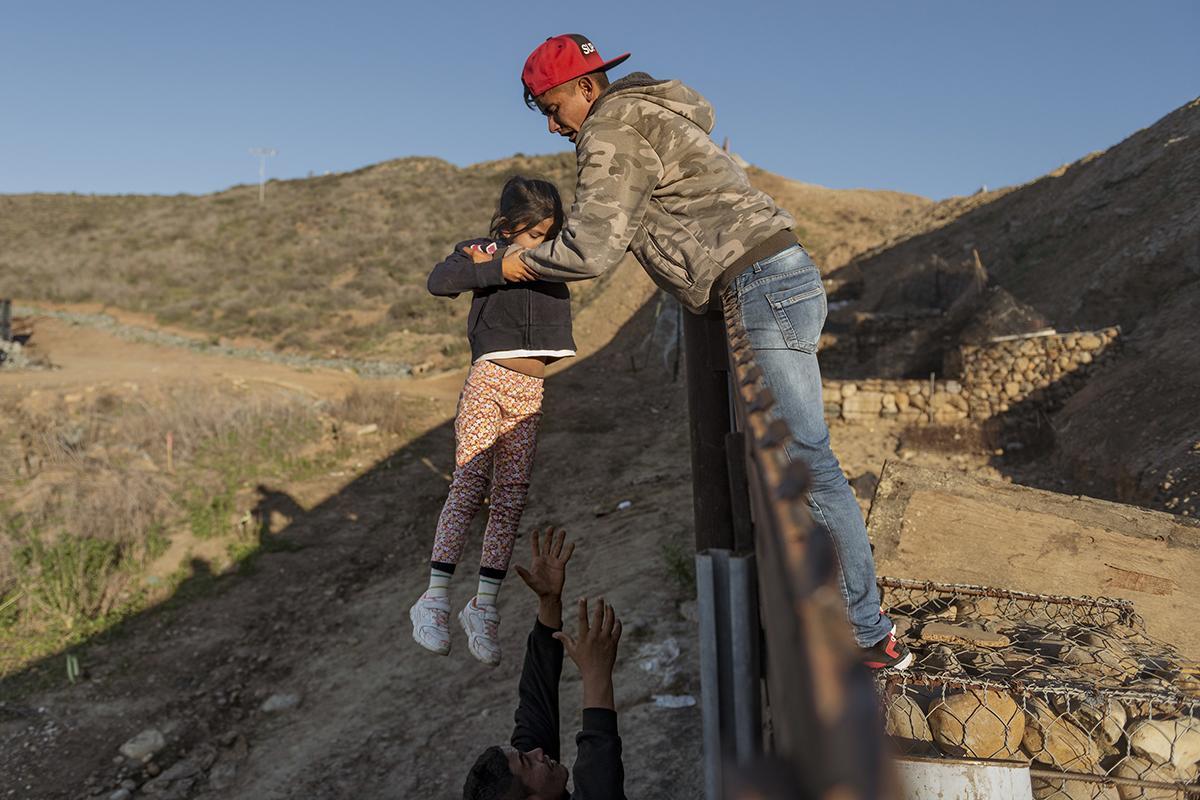 A Honduran migrant passes a child to her father over the border fence between San Diego and Tijuana, Mexico. Associated Press/Photo by Daniel Ochoa de Olza (file)

Several leaders of Christian nonprofit organizations sent a letter on Monday to Ivanka Trump, who serves as an adviser to her father, President Donald Trump, urging the protection of unaccompanied migrant children.

The presidents of World Vision, International Justice Mission United States, World Hope International, and others pressed for the enforcement of the William Wilberforce Trafficking Victims Protection Reauthorization Act. The act says the U.S. Department of Health and Human Services, not the Department of Homeland Security, must care for unaccompanied migrant children vulnerable to human trafficking and ensure they receive due process.

DHS suspended the law’s provisions in March to prevent the spread of COVID-19. The letter claims that decision led to migrant youths being “summarily expelled to their countries of origin, sometimes after brief, unregulated stays in hotels.”

“These children are returned to situations where, tragically, many are at high risk of trafficking, violence, and exploitation,” the letter said.

The nonprofit leaders pleaded with the president’s daughter to use her “significant influence within the administration” to reinforce the Wilberforce Act. Ivanka Trump recently spoke about the evils of modern slavery while announcing a $35 million Department of Justice grant to nonprofit groups supporting trafficking victims. She called human trafficking “the gravest of human rights violations.” —Kyle Ziemnick 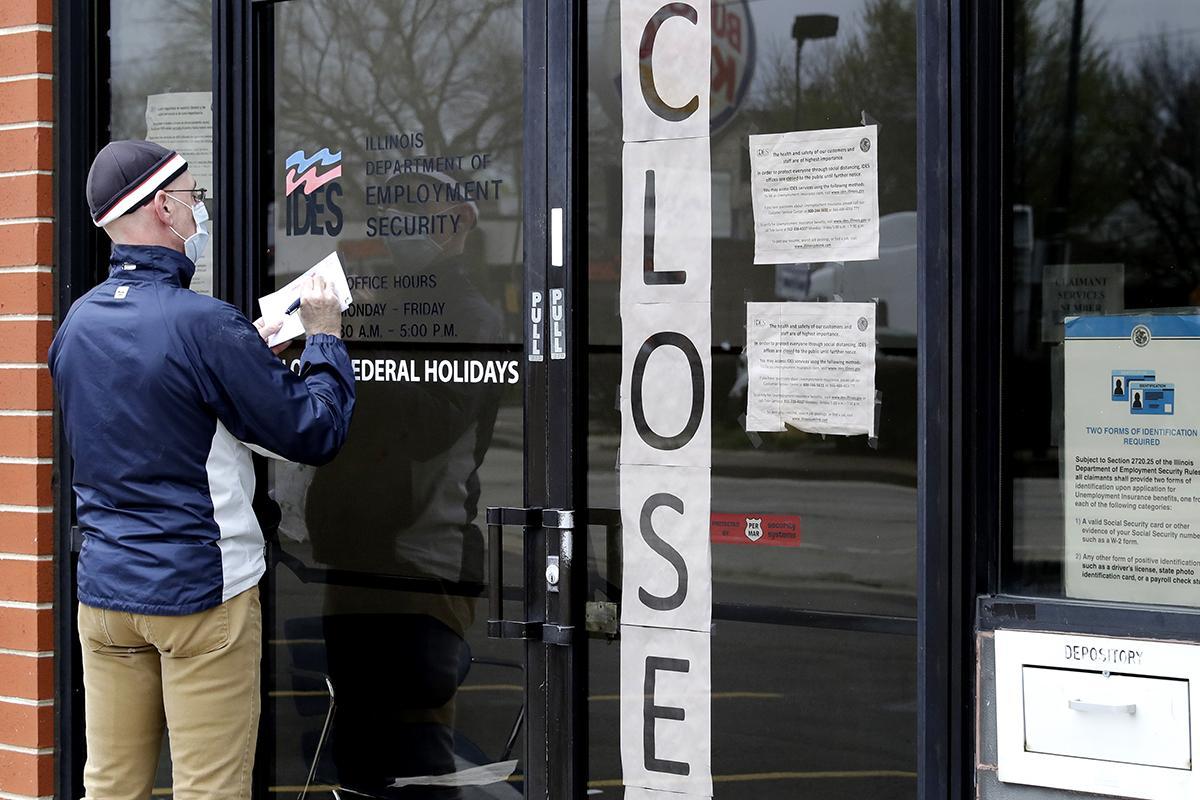 A Honduran migrant passes a child to her father over the border fence between San Diego and Tijuana, Mexico. Associated Press/Photo by Daniel Ochoa de Olza (file)

Despite the coronavirus-related economic downturn—or perhaps because of it—the personal finances of some Americans have improved.

About 45 percent of Americans say they are setting aside more money than usual, and 26 percent are paying off debts faster than before, an Associated Press–NORC poll found.

Many people are taking advantage of expanded government relief during COVID-19, from stimulus checks to more unemployment benefits. And business closures and social distancing have affected buying habits: about two-thirds of people in the survey said they were spending less money than usual. The Federal Reserve recorded a 56 percent increase in the amount of money people are keeping in checking accounts.