Shaming and shunning are the new tactics of nasty personal politics

Actor James Woods attends the premiere of the film Bleed for This in Beverly Hills, Calif., in 2016 Photo by Chris Pizzello/Invision/AP (file)

Hollywood agent Ken Kaplan joined the growing chorus of voices shaming and shunning supporters of President Donald Trump when he dropped actor James Woods as a client on the Fourth of July.

Woods is best known for his voice acting, his roles as villains, and his support of the president, especially on Twitter. On Thursday, the actor tweeted an email Kaplan sent him in which the agent wrote, “It’s the 4th of July and I’m feeling patriotic. I don’t want to represent you anymore. I mean I could go on a rant but you know what I’d say.”

Woods described Kaplan as a political liberal and responded on Twitter, “Dear Ken, I don’t actually [know what you’d say]. I was thinking if you’re feeling patriotic, you would appreciate free speech and one’s right to think as an individual. Be that as it may, I want to thank you for all your hard work and devotion on my behalf. Be well.”

(It’s unclear whether accusations against Woods that surfaced during the #MeToo movement had any affect on his relationship with Kaplan. Actresses Elizabeth Perkins and Amber Tamblyn both accused Woods of sexual harassment.)

The shaming and shunning of Trump officials and supporters have grown as a public phenomenon since the owner of the Red Hen restaurant in Lexington, Va., kicked out White House press secretary Sarah Huckabee Sanders on June 23. Earlier that week, a crowd of protesters forced Homeland Security Secretary Kirstjen Nielsen out of a Mexican restaurant in Washington, D.C. Rep. Maxine Waters, D-Calif., notoriously encouraged similar behaviors, and some liberals are following suit.

This week, a viral online video showed a man in a Whataburger restaurant accosting two teenagers, one of whom was wearing a “Make America Great Again” hat. The man threw a drink in that teen’s face and stole his hat.

Democratic leaders in Congress warned supporters not to harass Republicans. At the same time, they blamed Trump for the escalation.

“Trump’s daily lack of civility has provoked responses that are predictable but unacceptable,” House Minority Leader Nancy Pelosi, D-Calif., said on Twitter. “As we go forward, we must conduct elections in a way that achieves unity from sea to shining sea.”

Woods has continued his Twitter activism, posting articles and retweeting comments in support of the administration’s immigration policy and against judicial activism. He also pointed out a tweet from a user that called for beatings, maimings, and killings of “maga,” short for “Make America Great Again” and a reference to Trump supporters. Woods quoted the tweet and added, “@FBI @SecretService @TwitterSupport … When this guy starts shooting, don’t say you weren’t warned.” 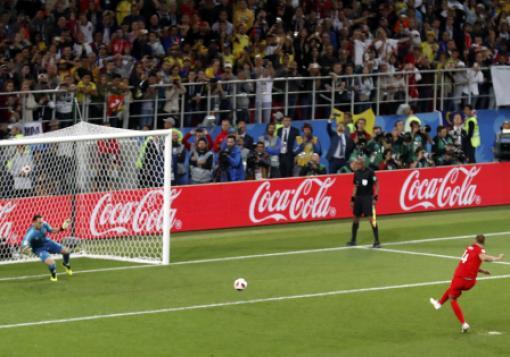 England is again out to conquer the world.

The English soccer team will play Saturday in an attempt to advance to the semifinals of the World Cup for the first time since 1990. On Tuesday, Eric Dier’s penalty kick sealed England’s victory over Colombia and filled the team—and English fans—with frenzied hope.

Actor Kieran Brown complained that audience members at the Theatre Royal in Nottingham, England, during a performance of Titanic the Musical were watching the World Cup on their phones instead of the play. One Englishman planned his wedding for Saturday—at the same time that England plays its next match against Sweden. The groom complained on Twitter that friends are demanding he bring 60-inch televisions to the reception, and his best man threatened to “pull a sickie,” according to the BBC.

Despite England’s love for soccer, the men’s national team has not won a World Cup since 1966. Since then, they’ve lost in the semifinals once and in the quarterfinals five times. Tuesday’s game was the first time they’d won a penalty shootout in the World Cup.

More than a billion people watched the last World Cup final match in 2014, when Germany defeated Argentina by one goal. Commentators and fans speculate over whether England will be able to win this year.

The teams “with togetherness and belief … go on and achieve things at a tournament like this,” writes BBC sports columnist Alan Shearer. “And England have definitely shown their mettle there.”

England’s quarterfinals game against Sweden will air Saturday at 10 a.m. EDT. In the first two quarterfinals matches played on Friday, France defeated Uruguay and Belgium downed Brazil. Russia, the World Cup’s host country, faces Croatia Saturday in the last quarterfinal match of the weekend. France will take on Belgium in the semifinals on Tuesday, while Saturday’s quarterfinal winners will square off on Wednesday. The winners of those two matches will play in the World Cup finals next Sunday. —Charissa Crotts 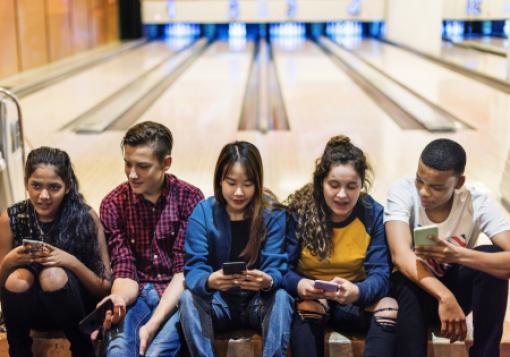 If you can’t say something nice …

Teens said no thanks to Facebook’s offer of an anonymous messaging app that would have let them say nice things about each other. Facebook bought the app, TBH (short for “to be honest”), eight months ago when it experienced a burst of popularity. The app let users choose which of their friends had desirable qualities like the best smile or best sense of humor. Billed as an antidote to cyberbullying, TBH had millions of downloads when it debuted in 2017, but usage fell off quickly after Facebook acquired it. The social media giant announced this week it was shutting down the app. Meanwhile, anonymous messaging apps remain popular as hotbeds of teenage gossip and slander. Some of these apps have been implicated in criminal cases of sexual exploitation, violence, and threats, according to Common Sense Media. —L.L. 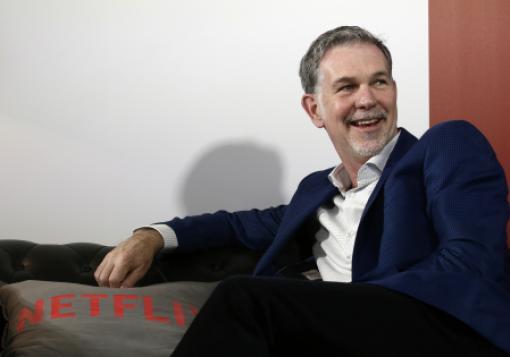 Streaming video service Netflix is testing a new “Ultra” subscription plan for users who just can’t get enough screen time. The Italian blog Tutto Android reported the upgraded pricing tier would cost 16.99 euros ($19.80) per month and offer “Ultra HD” streaming on four devices simultaneously. Users of the existing Premium plan could see their screen allowance drop from four to two once Ultra gets going. The Ultra plan would be one of the most expensive TV streaming services that doesn’t offer live content from traditional cable channels. Netflix currently also has a Basic and Standard plan, allowing users one or two devices, respectively. —L.L.

The Nobel Peace Prize committee said Tuesday a lack of funds led it to cancel the concert that usually follows the award ceremony in Oslo. Since 1994, the show has featured big-name acts from Bon Jovi to John Legend, but it was funded by private sponsors who increasingly lost interest. Most recently, a Norwegian supermarket chain backed out, making the concert financially unworkable, Agence France-Presse reported. “We have struggled to maintain an appropriate level of financing and want to use the year ahead to develop a new format,” Norwegian Nobel Institute Director Olav Njølstad said. —L.L.