“Hawaii has public programs that provide immediate free or low-cost access to comprehensive family planning services, including, but not limited to, all FDA-approved methods of contraception and pregnancy-related services for eligible women. To apply online for medical insurance coverage, that will cover the full range of family planning and prenatal care services, go to mybenefits.hawaii.gov. Only ultrasounds performed by qualified healthcare professionals and read by licensed clinicians should be considered medically accurate.”

Pregnancy centers must post the signs on letter-sized paper in at least 22-point font, or give each woman a notice in person when she checks in.

In testimony before state lawmakers, Planned Parenthood said pro-life pregnancy centers give “biased, misleading, and false” information to women who seek their help.

A Place for Women in Waipo, run by Calvary Chapel Pearl Harbor, and a National Institute of Family and Life Advocates, which has five affiliates in Hawaii, filed suit on Wednesday with help from Alliance Defending Freedom.

The suit states the law violates the First Amendment by coercing pro-life centers “to engage in government-mandated speech.”

“Our particular pro-life center is in our church,” Skinner noted. “So it’s very important to realize that they are dictating to us what we can and cannot say. Will they give me my sermon next and tell me what I can preach?”

Pregnancy centers that violate the law must pay up to $500 for the first offense and $1,000 for each subsequent offense. The suit notes pregnancy centers are non-profit organizations that offer free services and operate on limited budgets. Neither organization plans to comply.

The law doesn’t apply to hospitals or other “comprehensive” organizations but only to “limited service pregnancy centers,” defined as those that provide pregnancy tests, pregnancy options counseling, ultrasounds, prenatal care, reproductive health counseling, and collect health information from clients.

Similar laws around the country have faced varied outcomes in court. Pro-life centers have won against laws requiring a government-mandated message in Maryland, Illinois, Austin, Texas, and New York City.

But in California, pregnancy centers must tell women where they can get an abortion. Alliance Defending Freedom also represents the National Institute of Family and Life’s suit against the California law and has requested a Supreme Court review.

“Americans should always have the freedom to think and speak without fear of unjust government punishment. Freedom of speech also means the freedom to not express views that would violate one’s conscience,” Alliance Defending Freedom attorney Elissa Graves said. “Because of the First Amendment’s protections, courts have repeatedly rejected these types of laws as unconstitutional.” 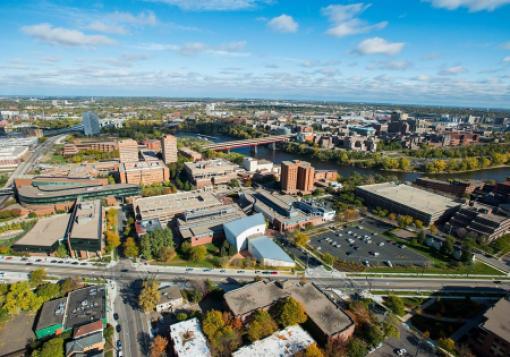 An aerial photograph of the University of Minnesota Facebook

Lawyers with the Thomas More Society plan to take the University of Minnesota to court again after discovering new evidence its researchers are still illegally experimenting with aborted fetal remains.

The legal group will file a motion for relief against a judge’s April decision dismissing a previous lawsuit against the university.

In October, Pro-Life Action Ministries and two individuals filed suit against the university accusing it of violating a 1988 statute that requires the burial or cremation of aborted or miscarried fetal remains and limits laboratory tests to those “necessary for the health of the woman or her future offspring or for purposes of a criminal investigation or determination of parentage prior to disposing of the remains.”

As evidence, the plaintiffs pointed to a 2015 video by the Center for Medical Progress that alleged the University of Minnesota conducted illegal research on aborted fetal tissue. Later, purchase orders surfaced showing the university purchased aborted fetal tissue directly from abortion centers between 2008 and 2014.

In court, the university claimed it had stopped doing illegal research on fetal remains, and the judge dismissed the cased based on a lack of evidence. But a few days later, Thomas More’s Erick Kaardal obtained an official university email admitting to ongoing fetal tissue research.

“We’re disappointed that due process rights were thwarted, but we are encouraged by the fact that we are correct, they are continuing to do the research,” Kaardal told me.

Kaardal said “abortion politics” have made it difficult to pin down the university: “When you have large universities who are willing to violate criminal statutes in order to do illegal research, it’s a little disturbing, because we hope research universities would have the highest ethics, and we don’t want researchers to be subject to criminal sanctions. And I think there must be a problem with a research university, University of Minnesota in this case, in understanding that they, too, are under the law.” —S.G. 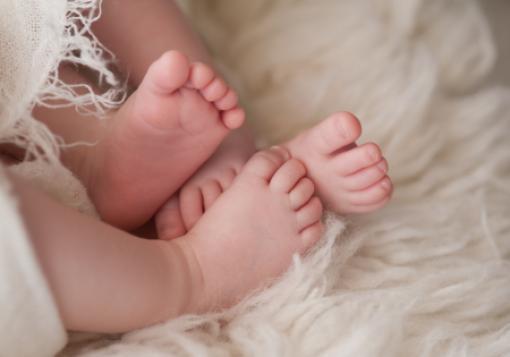 An aerial photograph of the University of Minnesota Facebook

A Brazilian woman declared “brain dead” gave birth to twins 123 days after a cerebral hemorrhage left her on life support.

Frankielen da Zampoli Padilha’s husband rushed home in October after she called him complaining of severe head pain. On the way to the hospital, she told him, “I want you to be prepared. … I won’t be coming home.”

She passed out and never woke up. She was 9 weeks pregnant.

Doctors planned to remove her from life support after her babies’ hearts stopped beating. But the babies continued to thrive, and doctors kept the mother stable.

Family members sang to the babies and moved the mother’s belly until they were big enough to survive outside the womb. Doctors delivered Ana and Asaph by Cesarean section, and after three months in the hospital, the twins went home with their father. —S.G.

A federal court in San Francisco found David Daleiden’s two lawyers, Steve Cooley and Brentford Ferreira, in contempt of court for releasing a video under a preliminary injunction issued by Judge William Orrick.

The video, one of many produced by Daleiden’s pro-life organization the Center for Medical Progress, depicted abortionists laughing about dead baby body parts and admitting their work amounts to violent killing.

Daleiden’s lawyers contend they acted in good faith to defend their client against the 15 felony charges Attorney General Xavier Becerra filed in March. A court dismissed 14 of those charges, but Becerra refiled them. —S.G.

Lights and sirens in Missouri

Missouri legislators are considering a ban on abortion facility workers asking ambulance drivers to slowly approach a back door without lights or sirens. Lawmakers struck a similar ban from legislation proposed last month.

The new bill is part of a special legislative session Gov. Eric Greitens called this summer to work on pro-life laws. It would make any requests to ambulance drivers that “interfere” with medical help a misdemeanor. Violators could face a year in prison or a $2,000 fine. —S.G.