A woman in in Port-au-Prince, Haiti, who says a Brazilian peacekeeper raped her in 2008 Associated Press/Photo by Dieu Nalio Chery (file)

In 2011, an Uruguayan national serving as a peacekeeper in Haiti with the United Nations stabilization mission known as MINUSTAH impregnated a Haitian woman. He left her as a single mother when he departed the country at the end of his mission.

She is one of many Haitian women with children fathered by UN peacekeepers since the mission began in 2004, including some who were abused or paid. An unprecedented Haitian court ruling handed down in December and announced this month ordered the Uruguayan to pay child support to the woman and gave her sole custody. Advocates hope this signals an openness to supporting other women in similar situations in Haiti and elsewhere.

The case is one of several child-support claims the Haiti-based Bureau des Avocats Internationaux filed on behalf of 10 women in 2017. The petition said involved peacekeepers came from Argentina, Nigeria, Sri Lanka, and Uruguay.

Sandra Wisner, senior staff attorney at the Institute for Justice and Democracy in Haiti, which works with Avocats Internationaux, said the United Nations confirmed the peacekeeper’s paternity in 2014. Uruguay verified his identity a year later. Wisner said nine cases are still pending but hailed the first ruling as a great success, especially since several Haitian judges are on strike amid political unrest.

“It’s an important first step towards justice for our client,” she said. “I think it’s really important the Haitian judicial system has shown it’s capable and willing to hold peacekeepers accountable.”

The United Nations first deployed MINUSTAH to Haiti in 2004 to respond to unrest during the ouster of former President Jean-Bertrand Aristide. It extended the mission until 2017 due to several natural disasters, including Hurricane Matthew in 2016.

But the mission allegedly brought with it significant sexual abuse. A 2017 investigation revealed at least 134 Sri Lankan peacekeepers abused nine children in a sex ring from 2004 to 2007. The report found a total of nearly 2,000 allegations of sexual abuse and exploitation, including more than 300 cases involving children. Another study published two years later found peacekeepers abused women and girls and traded food or cash for sex. The majority of the women who became pregnant struggled to care for themselves and their children alone.

“Some of [the women] are walking in the street, or in the flea market and other places with a basket over their head selling oranges, peppers, and other goods in order to raise children they have with the MINUSTAH soldiers,” one man in the port city of Cap-Haïtien told the researchers.

REDRESS, a U.K.-based legal advocacy group, released a report in 2020 recording child sexual abuse by peacekeepers in other countries, including the Central African Republic and the Democratic Republic of Congo.

Charlie Loudon, the nonprofit’s international legal adviser, said lawyers pursuing such cases have to fight immunity claims and the power of local courts. He called for stronger international coordination between host and contributing countries.

Wisner noted the UN sometimes delays the process. The international body failed to certify in Haitian court that the peacekeepers were not legally immune and could be tried in the country. She explained the UN released DNA tests of some of the peacekeepers but failed to meet other demands, including additional information on some of the fathers and the body’s internal investigations on the related cases.

Despite the first victory, the woman still faces obstacles: Her legal team has to pressure Uruguay to ensure the peacekeeper pays the money. “To actually obtain child support, she must navigate a complex international legal enforcement process,” Wisner said. 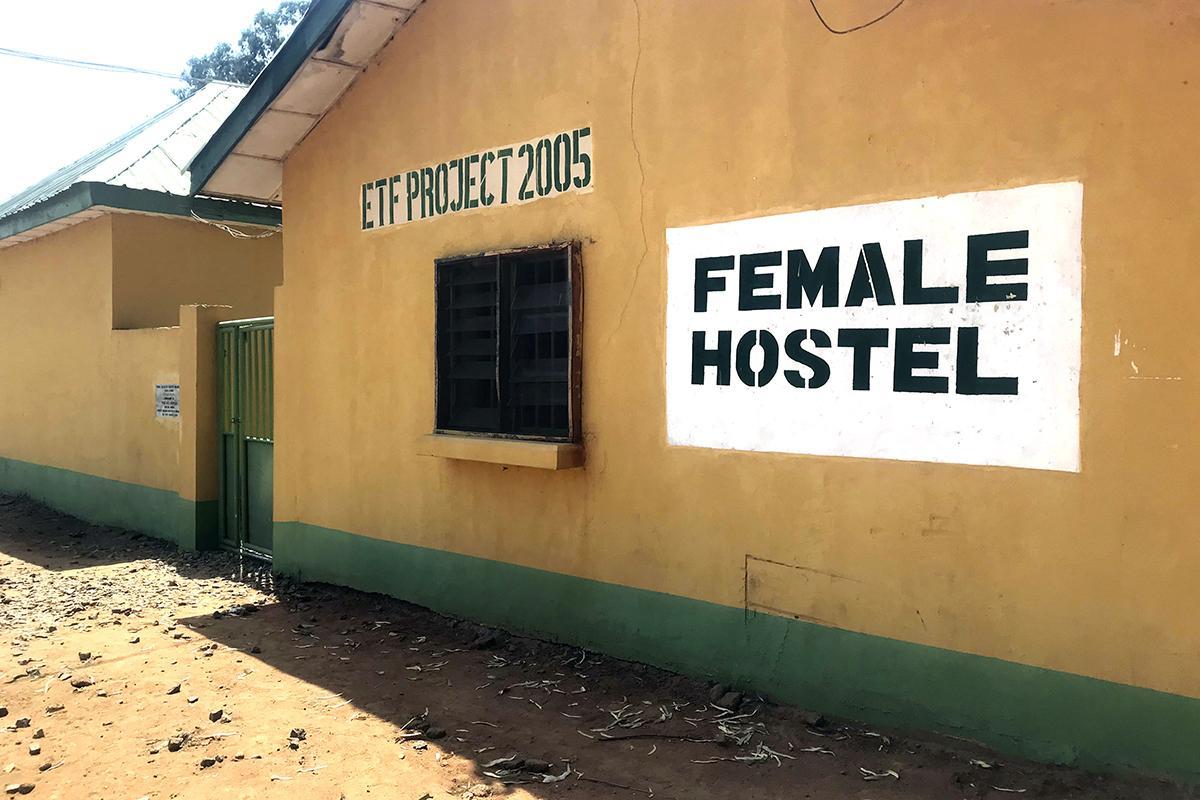 Gunmen stormed the Federal College of Forestry Mechanization in northern Nigeria on Thursday night and kidnapped about 39 students from their hostels.

In a video released Saturday, one of the students said the captors demanded a $1.3 million ransom. Another urged the government to intervene: “We are appealing to the government to come now, because these people have a bad mind towards us.”

The abduction is the latest in recent weeks targeting schools across the country’s north. On Saturday night, security forces foiled a nighttime attack on a secondary school in the same region. On Monday, gunmen seized three teachers from a primary school.

Several similar incidents have occurred since December. Local media reported at least 618 schools across the north have shut down over the string of attacks. Nigeria reported at least $18.34 million in ransom payments to kidnappers between June 2011 and March 2020, according to SBM Intelligence.

“Children should feel safe at home and at school at all times—and parents should not need to worry for the safety of their children when they send them off to school in the morning,” Peter Hawkins, the country representative of the United Nations’ children’s agency, said after an abduction in February. —O.O. 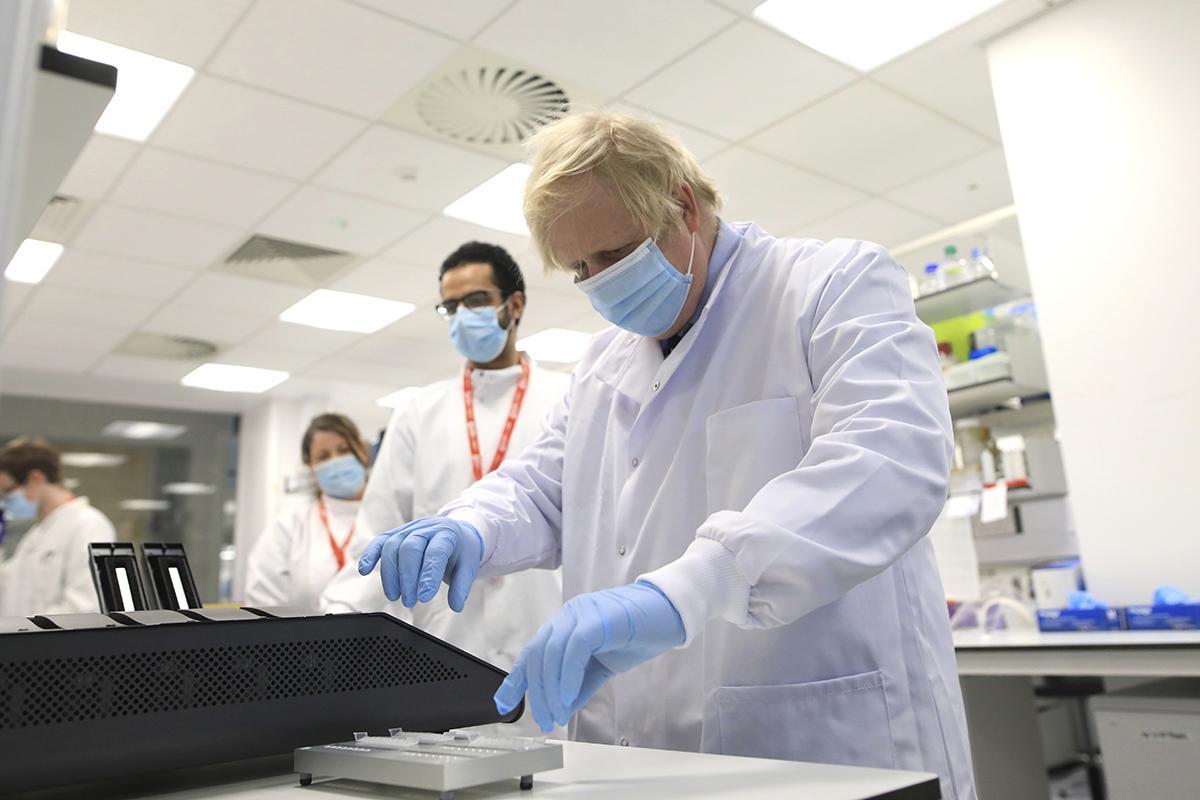 British Prime Minister Boris Johnson last week visited a vaccination center in Northern Ireland, but his one-day trip did not go over well with the regional leadership.

During his trip, Johnson announced plans to mark the region’s 100th anniversary in May. The events would include a tree-planting ceremony, a church service, and an investment conference.

First Minister Arlene Foster asked Johnson to end the “intolerable” post-Brexit checks on goods entering Britain. Under the January Brexit deal, Northern Ireland remains under the European Union’s single market for goods, so some products crossing the Irish Sea into the United Kingdom face checks. Foster said her unionist party does not back the deal and accused Johnson of reneging on the Good Friday Agreement, which ended a deadly conflict from the 1960s to the 1990s known as “The Troubles.” —O.O. 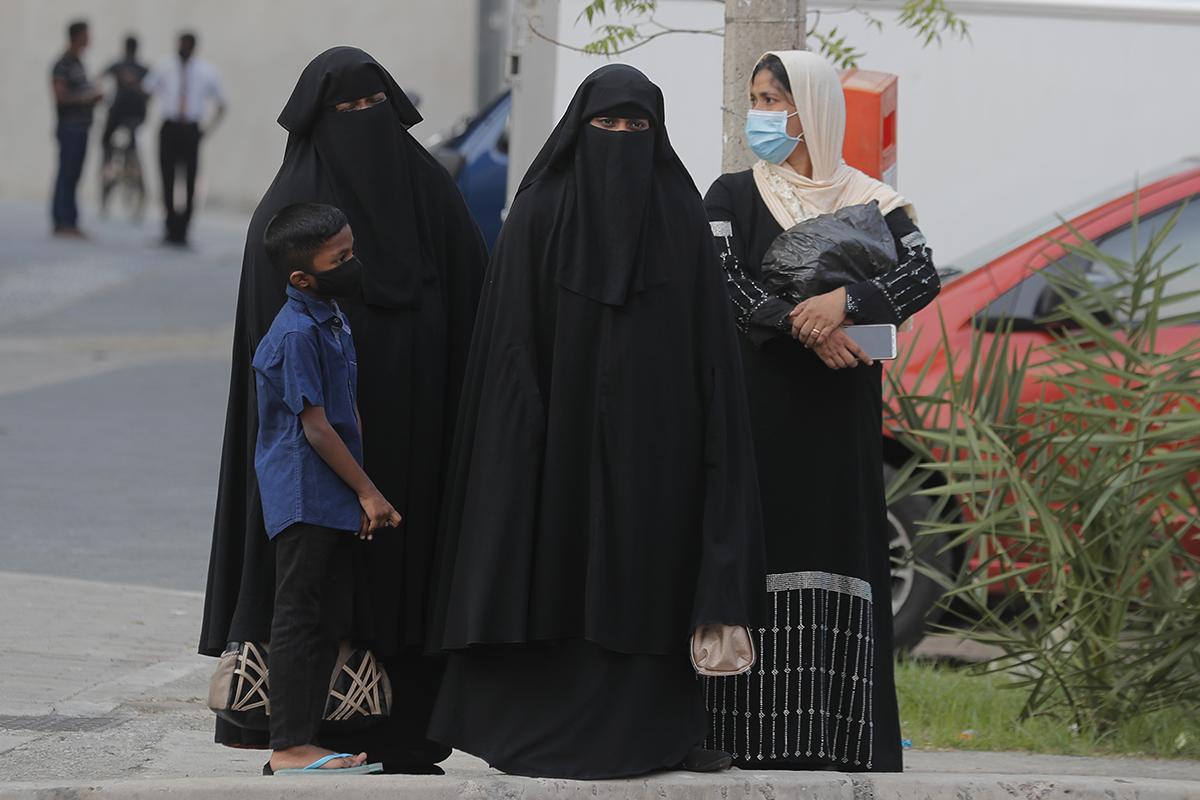 The Sri Lankan government will ban the use of burqas and shut down more than 1,000 Islamic schools, Public Security Minister Sarath Weerasekara announced over the weekend.

Weerasekara on Saturday said the burqa, a full-body Islamic covering for women, has a direct impact on the country’s national security. “In our early days, we had a lot of Muslim friends, but Muslim women and girls never wore the burqa,” he said. “It is a sign of religious extremism that came about recently.”

The schools facing closure are not registered and don’t abide by the national education policy, he said.

Gunmen riding motorcycles on Tuesday targeted a group of civilians returning from a livestock market in the region bordering Mali. The attackers killed at least 58 people in the town of Banibangou and burned down granaries that store food, the government said.

No group claimed responsibility, but extremists linked to the Islamic State in the Greater Sahara group operate in the region where the attack occurred. Counterinsurgency efforts in the area have empowered ethnic militias and further fueled inter-communal tensions.

Another unclaimed attack on two villages in the region in January left 100 people dead. The government declared three days of national mourning. —O.O.