A bill working its way through the Colorado legislature would make it illegal for schools to teach sexual education programs that encourage abstinence and instead mandate programs that include information on LGBT relationships and sex. Despite pushback from parents and pro-family groups who argue the law threatens local control and parental rights, the measure is expected to pass this session.

The law would require school districts to adhere to set sex education standards or not teach any sex ed at all. The standards prohibit “shame-based or stigmatizing language,” “religious ideology or sectarian doctrine,” and “gender norms and stereotypes.” They also require an introduction to all Food and Drug Administration–approved forms of contraception and ban schools from endorsing sexual abstinence as the primary or sole acceptable option for teens. Regarding teen pregnancy, the standards say parenting, abortion, and adoption must be presented as choices in an “objective, unbiased manner and must not endorse or favor one or more pregnancy outcome options.”

The law would build on a measure passed by the state legislature in 2013 that said every Colorado student has a right to “comprehensive sexuality education.” The bill’s sponsors argue the new law is needed because schools have sidestepped the 2013 measure and continued to promote abstinence and exclude information on the sexual experiences of LGBT students.

But critics of the new law claim it pushes a sexual ideology, exposes kids to information about risky sexual behavior, and deprives school districts of local control.

Debbie Chaves, executive director of Colorado Family Action, told me that testimony in favor of the bill during legislative hearings pigeonholed anyone who endorsed abstinence as a member of an oppressive religion. And yet, she argued, the bill takes a moral stand by promoting homosexuality and abortion as acceptable choices. “It just doesn’t add up when you say, ‘You can’t have a moral stand here, but you must take a moral stand here,’” Chaves said.

The bill is awaiting a hearing by the Senate Appropriations Committee.

The Colorado measure is just one part of a push to normalize teen sex despite a growing body of social science that shows sexual delay leads to the best long-term health in teens, said Mary Anne Mosack, the president of Ascend, an advocacy organization that encourages Sexual Risk Avoidance education—an approach that the proposed Colorado law would ban. California is also in the process of liberalizing its health education framework, and Washington state will likely pass a comprehensive sex education law this year.

The organizations backing the bills, including Planned Parenthood, describe themselves as “sex positive” and encourage teen sexual experimentation as a healthy part of growing up. Ascend instead encourages schools to use programs that affirm what social science has found: Avoiding sex as a teen leads to better life outcomes, and the best place for sex is within the context of marriage.

“People say sex is a natural part of human development and being human, well so is eating, and it’s pleasurable and it’s wonderful,” said Mosack. “But what does [the government] do? It gives us a food pyramid so that we have boundaries, we have guidelines that help us to achieve optimal health in our nutrition. … It’s possible to give information and give all the information without giving a green light to sexual activity.” 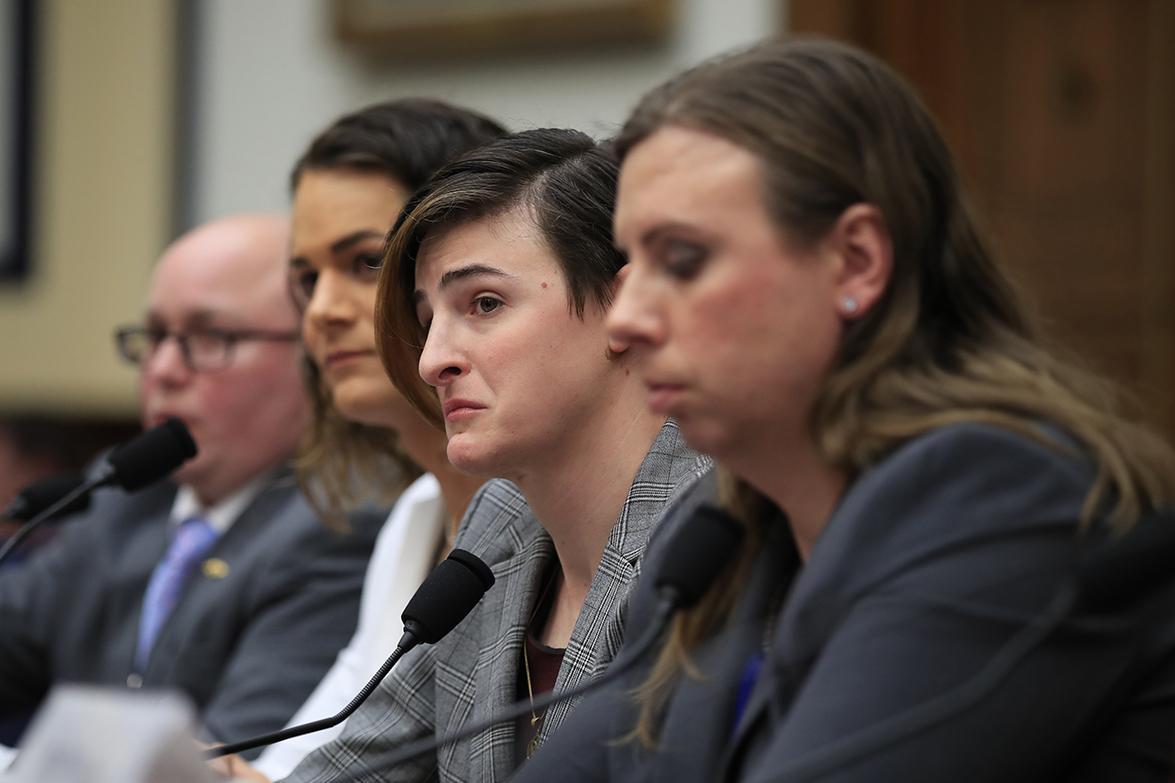 Five transgender U.S. service members testified before Congress last week, arguing that their transgender identity does not get in the way of their service to the U.S. military.

Rep. Jackie Speier, D-Calif., who recently introduced a bipartisan bill in the House that would force the military to accept transgender troops, called a Defense Department proposal “discriminatory, unconstitutional, and self-defeating.” Under the proposed policy, announced in March 2018 by then–Defense Secretary James Mattis but currently blocked by lawsuits, transgender troops would be allowed to join the military if they serve as their biological sex and have not been diagnosed with gender dysphoria. Transgender troops already enlisted could continue to serve.

Retired U.S. Army Lt. Gen. Thomas Spoehr, director of The Heritage Foundation Center for National Defense, wrote that clinical and survey data show people with gender dysphoria attempt suicide at rates between eight and 10 times higher than the average of other individuals. He argued the military must set entrance criteria based on evidence—which overwhelmingly suggest individuals with gender dysphoria would present unacceptable risks to prospective military units and to themselves—not isolated examples of transgender individuals who have successfully served and been rewarded for their bravery, like those who testified before the House Armed Services Subcommittee on Military Personnel last week.

“Thus far, the courts have seen fit to substitute their judgment on military enlistment criteria in place of that of the commander in chief,” wrote Spoehr. “That’s unfortunate. What would be even more unfortunate is if a decision were made to permit individuals with gender dysphoria to serve in the military, and in so doing, took a reckless gamble with both the readiness of the U.S. military and the safety of those patriotic individuals.” —K.C. 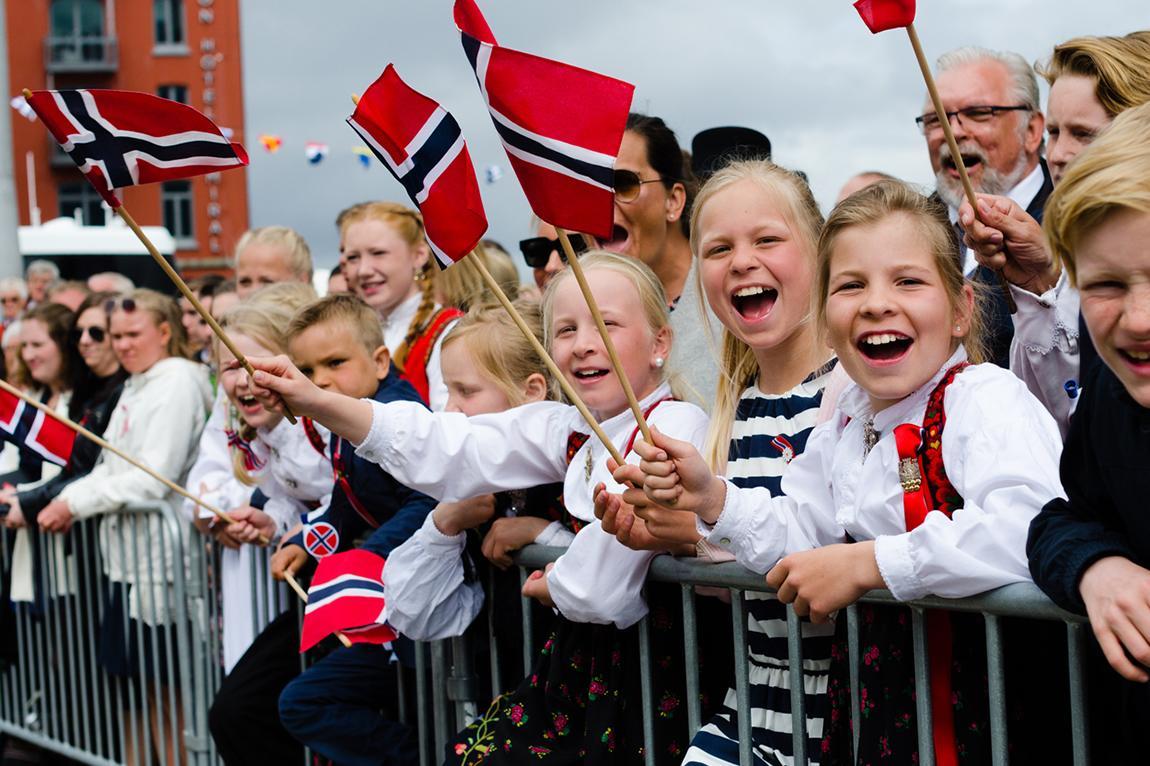 Officials in Norway this week said they recorded the lowest number of new babies born in a year since they started counting in the 19th century. The total fertility rate is also dropping, from 2.5 children per woman in 1970 to 1.5 in 2018.

Kjell Ingolf Ropstad, the Norwegian Child and Family minister, said Thursday that he has asked the country’s Institute of Public Health to find a cause for the drop. It’s likely the same cause that has many of Norway’s European neighbors scrambling to find a solution to fertility rates below replacement level.

Hungarian Prime Minister Viktor Orban last month announced a seven-point Family Protection Action Plan to promote more marriage and children in his country, a solution he claimed was better for Hungary than relying on immigration to boost its declining population. The fertility rate in Hungary sits at about 1.5 children per woman.

Under the new plan, women who marry for the first time will be eligible for a special low-interest government loan, and women with four or more children will be exempt from income taxes for their entire life. —K.C.

A scientific journal recently retracted an often-cited 2014 study by Columbia University researcher Mark Hatzenbuehler that appeared to show homosexuals who lived in areas where they experienced prejudice had significantly shorter life expectancy. University of Texas researcher Mark Regnerus published a paper in 2016 showing his failed attempts to replicate the findings.

Now, the Hatzenbuehler study has been retracted due to “an error in the study, which, once corrected rendered the association between structural stigma and mortality risk no longer statically significant in the sample of 914 sexual minorities,” according to Social Science and Medicine. —K.C.

Republican lawmakers in Utah amended a bill this week so it would allow therapists to have some discussions with young people about unwanted same-sex attraction. The bill would now ban outdated methods, such as electroshock therapy, for treating minors with same-sex attraction and gender dysphoria but allow Bible-based talk therapy. Fifteen states and the District of Columbia currently ban therapy that encourages minors to embrace heterosexuality or their biological sex. —K.C.

As disappointed as I am by the actions of the Colorado legislature, the bigger problem we are mostly blind to is that the entertainment industry is way ahead of the state legislatures and has far more influence.

Our children are just fodder for the machine of State.

Of course sex is different from food consumption because sexual acts seem to place a stamp on our lives that lasts.  The powerful, if diminishing, emotional bonds created can cause great stress if not accompanied by commitment.  Young people who feel encouraged to dabble in sex of various kinds can (will?) develop problems in relationships that no amount of "social acceptance" can correct.  The love of God must be applied even if the State has outlawed it.

I hope Colorado is also teaching the students about sexually transmitted diseases. Women get way more nasty stuff than men.

What would the African United Methodists say about this malarky?!