The Department of Justice (DOJ) has filed briefs in Georgia and California courts in support of college students challenging campus speech policies that allegedly violate the First Amendment of the U.S. Constitution. The briefs, called Statements of Interest, are a welcome show of support for free speech advocates battling policies that dictate where, when, and how students can speak their piece on America’s college campuses.

An estimated 1 in 10 U.S. colleges establishes and controls use of campus “free speech zones” to restrict students’ civic engagement, according to a 2016 survey of 400 colleges conducted by the Foundation for Individual Rights in Education (FIRE). In late September, U.S. Attorney General Jeff Sessions promised to help deconstruct institutionalized barriers to free expression and began issuing DOJ Statements of Interest—briefs advising courts of the federal government’s interest in the outcome of a lawsuit.

“It’s a strong statement of the law in our favor,” Marieke Tuthill Beck-Coon, FIRE’s director of litigation, told me. “It puts the schools on notice of the position they can expect to see from the Department of Justice.”

Kevin Shaw, a Pierce College student, filed suit in March following a monthslong dispute with administrators over the school’s speech policies. An administrator in November 2016 stopped Shaw and two peers from distributing copies of the U.S. Constitution outside the school’s free speech zone and told them to register with campus officials for permission to use the 616-square-foot space.

Shaw had never heard of the area and found no reference to it on the school’s website or in the student handbook. A campus map indicates “Free Speech” on the mall but gives no explanation for the reference.

“I was born under the impression that the entire country was a free speech zone, but apparently at my school it’s a little rectangle the size of three parking spaces,” Shaw said in a FIRE-produced video discussing his lawsuit. FIRE represents Shaw in his case.

Campus speech policies are a relic of the 1960s anti-war movement, an effort to control disruptive protests, Beck-Coon said. But the codes have remained mostly unchallenged. Legal precedent allows college campuses to establish “reasonable” restrictions for the time, place, and manner for public demonstrations. The primary function of a university cannot be impeded by student protests.

Beck-Coon agrees but said so-called free speech zones “flipped the calculus, [and] the rules place the vast majority of the campus off limits to speech.”

Contrary to legal precedent, free speech zone policies are founded on the premise that college campuses are not public forums and civic engagement must be controlled by administrators in order to maintain the school’s educational mission.

“I don’t think people actually stop and think about what asking for permission to speak before you do so means,” Beck-Coons said. “When you start thinking through the mechanics of it, that’s when it becomes real creepy.” 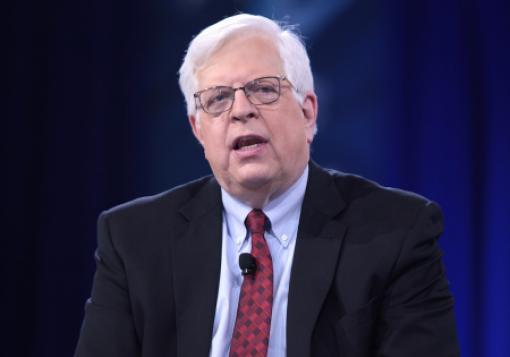 The lawsuit, filed Oct. 23 in the U.S. District Court of Northern California, seeks an injunction against the “capricious” restrictions, financial damages, and a declaration that YouTube’s actions violate constitutional free speech protections.

Prager has accused YouTube of censoring Prager University content since July 2016. By October, the company had placed more than 50 videos on restricted mode or blocked them from participating in its moneymaking advertising service. Restricted mode blocks access to videos on computers with certain filtering systems. The lawsuit alleges other videos with similar content but a different political bent have not been blocked.

According to legal filings, YouTube admitted on Oct. 12 that humans, not algorithms, placed some of the Prager University videos on restricted mode, leading the plaintiffs to conclude the filtering is a “political gag mechanism” based on “subjective and unspecific criteria.” —B.P. 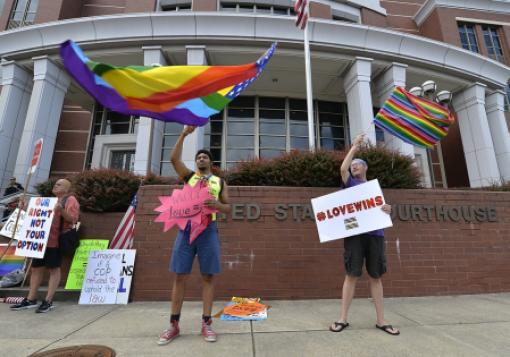 A Kentucky circuit court judge resigned last week rather than facilitate adoptions for same-sex couples or face the legal ramifications for refusing to do so. Gay rights advocate Chris Hartman hailed the resignation as a warning for all judges to “do their job or get off the bench,” highlighting the continued conflict between religious conscience and law in a post-Obergefell world.

Family court Judge W. Mitchell Nance came under fire in April from gay and civil rights advocates when he wrote an order asking attorneys to notify him of any adoption case involving a same-sex couple. Citing religious convictions and a belief that placing children in same-sex households is not in a child’s best interest, Nance asked for the advance notice so he could recuse himself from such cases.

In May, Kentucky Chief Justice John D. Minton questioned whether state law and judicial code supported Nance’s position. In light of his resignation, Nance asked the Kentucky Judicial Conduct Commission to dismiss charges that he violated judicial canons. But the commission will press ahead with its ethics investigation against him, holding a Dec. 15 hearing one day before Nance’s resignation takes effect. —B.P.

If you can’t do it, coach it

As campuses affiliated with the University of California system continue to face allegations of stymieing conservative student speech, system President Janet Napolitano announced the launch of the National Center for Free Speech and Civic Engagement at the system’s Washington, D.C., campus. The center will promote the restoration of “trust in the value and importance of free speech among college students” who increasingly demonstrate an ambivalence to America’s first freedoms.

The Free Speech Movement on college campuses began at the University of California, Berkeley, as students protested the Vietnam War. But just a few generations later, students on the same campus earlier this year violently protested to end a speech by right-wing provocateur Milo Yiannopoulos and threatened similar action if conservative pundit Ann Coulter delivered a planned speech.

The American Bar Association (ABA) filed a friend-of-the-court brief with the U.S. Supreme Court on Monday in support of the Colorado Civil Rights Commission and a same-sex couple suing Christian baker Jack Phillips. The state fined Phillips after he declined to create a wedding cake for the couple due to his Christian convictions about marriage.

Echoing language used by the pro-LGBT American Civil Liberties Union, the ABA brief said allowing business owners to act on their religious convictions would make gays and lesbians “second-class citizens” and would prompt wholesale religiously based discrimination against LGBT persons. The brief continues the trope that religious opposition to same-sex marriage is the same as racist opposition to interracial marriage.