Giant stands up for his faith

Sam Coonrod stands during a pre-game ceremony in Los Angeles on Thursday.

On opening night Thursday at Dodger Stadium in Los Angeles, a message read by actor Morgan Freeman played over loudspeakers as the home team and the visiting San Francisco Giants lined up on the field before the playing of “The Star-Spangled Banner.” The statement, written by Philadelphia Phillies outfielder Andrew McCutchen, called for equality, unity, and empathy—a Major League Baseball–approved response to the ongoing nationwide protests against racism. Players, coaches, and managers held a long black ribbon in a sign of support, and all of them took a knee and remained that way through the national anthem except Giants relief pitcher Sam Coonrod.

After the game, Coonrod explained he meant no ill-will, he doesn’t think he’s better than anyone else, and he doesn’t get upset with people who kneel. “I’m just a Christian,” he said. “I believe I can’t kneel before anything but God, Jesus Christ. I chose not to kneel. I feel if I did kneel I’d be a hypocrite.”

Many of the same voices that have said it’s OK to kneel when everyone else stands now say it’s wrong to stand when everyone else kneels. Many news reporters agreed Coonrod should have the right to do as he pleases, but they assumed he remained standing out of ignorance and, some implied, because of racism.

A New York Daily News headline called Coonrod’s reasoning “very stupid.” Dan Gartland of Sports Illustrated said if Christianity teaches its followers to treat others with love and respect, he didn’t understand how kneeling would amount to hypocrisy. Gartland’s original post, which has since been edited, accused Coonrod of hiding behind his religion. “I don’t go to church anymore, but I’m pretty sure the central tenets of Christianity are aiding those less fortunate than you,” Gartland wrote.

The American Conservative’s Rod Dreher said that attitude borders on bigotry: “[Critics are] holding a Christian player up as a bad example, while making no effort to understand why a believing Christian might be uncomfortable kneeling for anything that is not God.”

Another Christian ballplayer explained how he ultimately came to a different decision. St. Louis Cardinal’s pitcher Adam Wainwright told baseball writer Jeff Jones he decided to kneel with his teammates before Friday’s home opener against Pittsburgh because “as a Christian man, my job first and foremost is to love my neighbor, and to love my teammates and to love my friends and my family the best way I know how. … When my teammate looks at me and says he’s in need, he needs me to stand up for him.”

But Wainwright also said he did not pass judgment on Coonrod: “He probably loves [his teammates], but he doesn't feel that’s his form of protest, So I have no problem with it. That’s the great thing about this country. … The First Amendment rights are protected for everyone.”

As part of his dissent, Coonrod also expressed disagreements with the Black Lives Matter organization: “I can’t get on board on a couple of things I’ve read about Black Lives Matter, how they lean toward Marxism and said some negative things about the nuclear family.”

Even though the pre-anthem message said nothing about Black Lives Matter, many press accounts connected the two. One NBC News headline read, “Baseball gets underway with tribute to Black Lives Matter movement.” Additionally, MLB allowed players to wear items with the slogan on them and let teams stencil “Black Lives Matter” or “United for Change” on the backside of the pitcher’s mound.

Romans 14 may give guidance to Christian athletes who disagree about whether taking a knee before a game or during the national anthem constitutes idolatry: “Who are you to pass judgment on the servant of another? It is before his own master that he stands or falls. And he will be upheld, for the Lord is able to make him stand.”

Coonrod saw kneeling as sin and refused to violate his beliefs. Some called him bold and heroic.

Giants manager Gabe Kapler said Coonrod plans to address his teammates directly, but Kapler supports his players’ rights to free expression: “We’re going to give them the choice whether they stand, kneel, or do something else. That was a personal decision for Sam.” 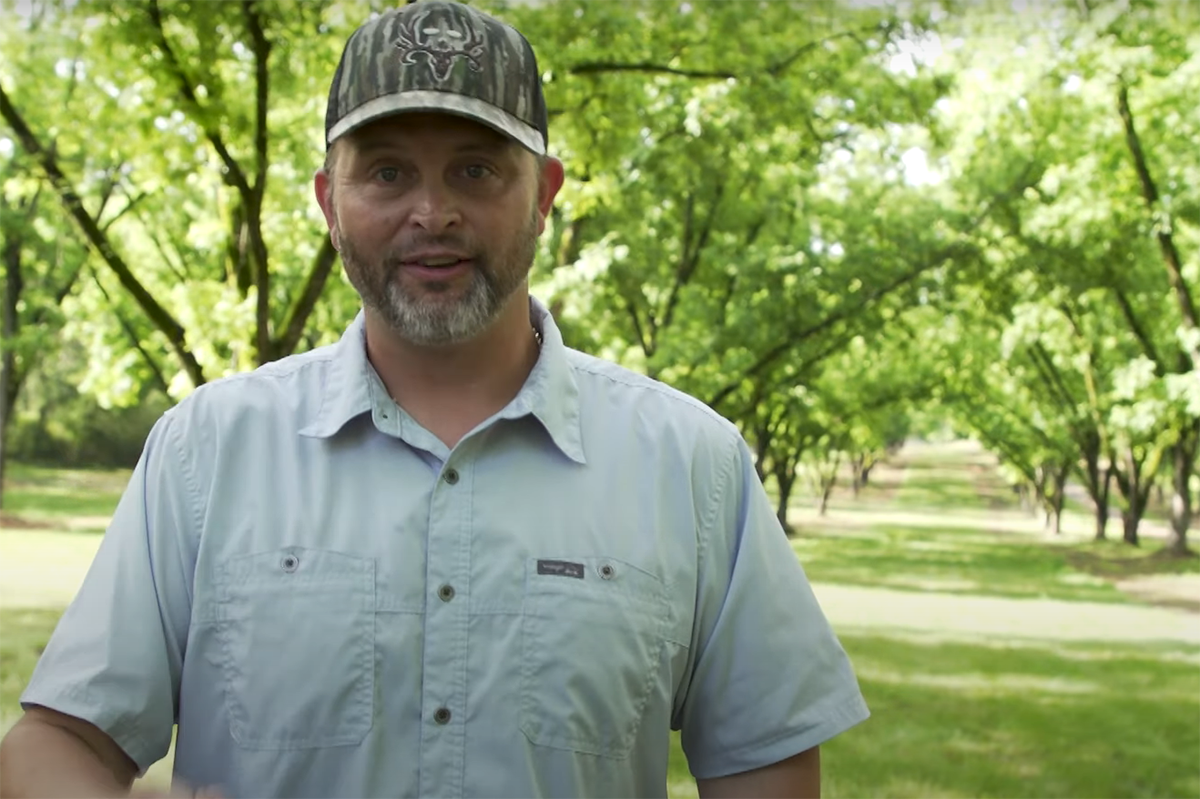 The head of a media group that caters to flyover country is enlisting the help of millions of people in America’s heartland to make a movie for them and about them.

“There are more than 45 million Americans who hunt and fish—more people than live in the country’s 10 largest cities—but no one is engaging them … at least not in ways that showcase the truth about their lifestyle,” said Jim Liberatore, the CEO of Outdoor Sportsman Group, which owns cable channels and dozens of magazines promoting hunting and fishing. Liberatore told Forbes he hopes to fund his new movie, The Harvest, with donations.

The film will focus on more than just the hunting life. The Harvest tells the story of a devout Christian family from rural Texas who moves because of the husband’s job to New York City, a place that challenges their values and their love of hunting and the outdoors.

Liberatore has brought on some of the Hollywood crowd to help with the film, including the producers of I Can Only Imagine and the Chronicles of Narnia movies. But he hopes to mostly bypass the mainstream entertainment industry by raising $14 million in donations. The film’s website said private donors had contributed about $111,000 as of Tuesday. Recent crowdfunded Christian projects like The Pilgrim’s Progress and The Chosen give Liberatore hope he’ll get the funds he needs. —Collin Garbarino 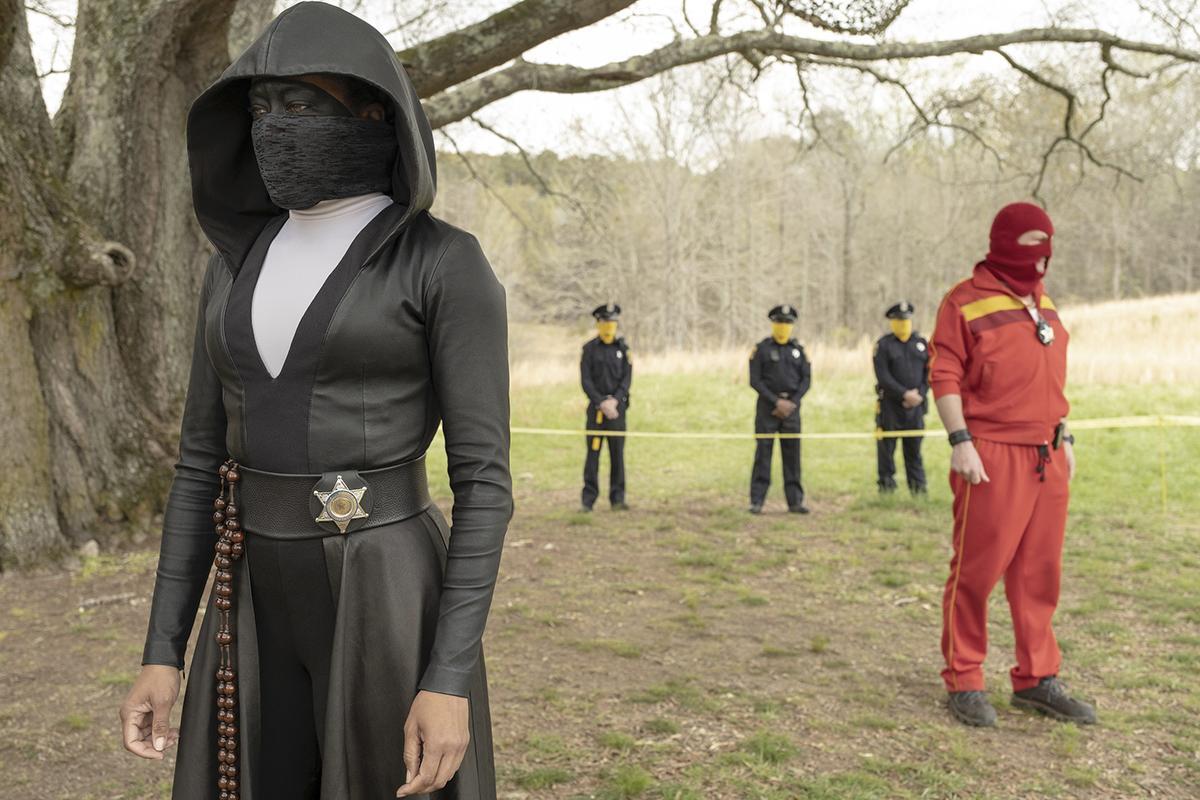 HBO’s dystopian superhero drama Watchmen led the slate of Emmy hopefuls with 26 nominations on Tuesday. Amazon’s The Marvelous Mrs. Maisel and Netflix’s Ozark came in second and third place, respectively, with 20 and 18 nominations. TV’s Jimmy Kimmel will host the Emmy Awards on ABC on Sept. 20, though the network has not released any further details about the ceremony. A star-studded list of investors wants to get a women’s professional soccer team in Los Angeles by 2022. Supporters include actresses Jennifer Garner, Eva Longoria, and Natalie Portman, as well as U.S. women’s national soccer team alumnae such as Mia Hamm and Abby Wambach. Tennis champion Serena Williams is also an investor. Since A&E dropped the police reality show Live PD on June 10, the size of the channel’s viewership has dropped to half of what it was this time last year, The Wall Street Journal reported. Peter Green, the blues guitarist who co-founded the band Fleetwood Mac in 1967 but had to leave it in 1970 because of drug and mental health problems, died on Saturday at age 73. —Lynde Langdon