Researchers who analyzed the genomes of 405 present-day West Africans determined 2 to 19 percent of their genetic ancestry came from an unknown subgroup of humans that could have emerged before Neanderthals and humans supposedly split on the evolutionary tree. The DNA found in the study, published in Science Advances on Feb. 12, does not match any of the known human subgroups such as Neanderthals or Denisovans, which are thought to have interbred with Homo sapiens before going extinct. Scientists have found evidence of Neanderthal and Denisovan DNA in humans today, but they cannot identify the source of this newly discovered DNA.

Ann Gauger, a zoologist and senior fellow at the Discovery Institute Center for Science and Culture, isn’t impressed. The ghost DNA could also have arisen as descendants of a single couple separated into tribes, developed their own genetic variations, and then crossed paths and had children, she explained, adding, “This ghost DNA just came from a different tribe, but they were always human.”

Nathaniel Jeanson, a research biologist with Answers in Genesis, a young-earth Christian apologetics organization, questions whether the ghost DNA even exists. The scientists compared the DNA of modern West Africans with that of Neanderthal fossils, but DNA degrades over time, and could compromise the accuracy of their analysis, he said. Though evolutionary researchers say they isolated and eliminated the degraded DNA in fossil samples, “they have no way to be sure that what they have left is reliable,” said Jeanson, who holds Answers in Genesis’ view of young-earth creationism. “They are just assuming it is.”

Most young-earth creationists reject the view that the majority of human genetic differences arose through mutations. Even though there could be tens of thousands of mutations in each human lineage since creation, probably 99 percent of our DNA differences trace back to Adam and Eve, Jeanson said. He also pointed out a problem with the ghost DNA’s assumption that humans emerged somewhere in Africa: “If instead of evolving in Africa, humans originated in the Middle East after the Flood, then this changes the entire orientation for our interpretations of human history from genetic data.” 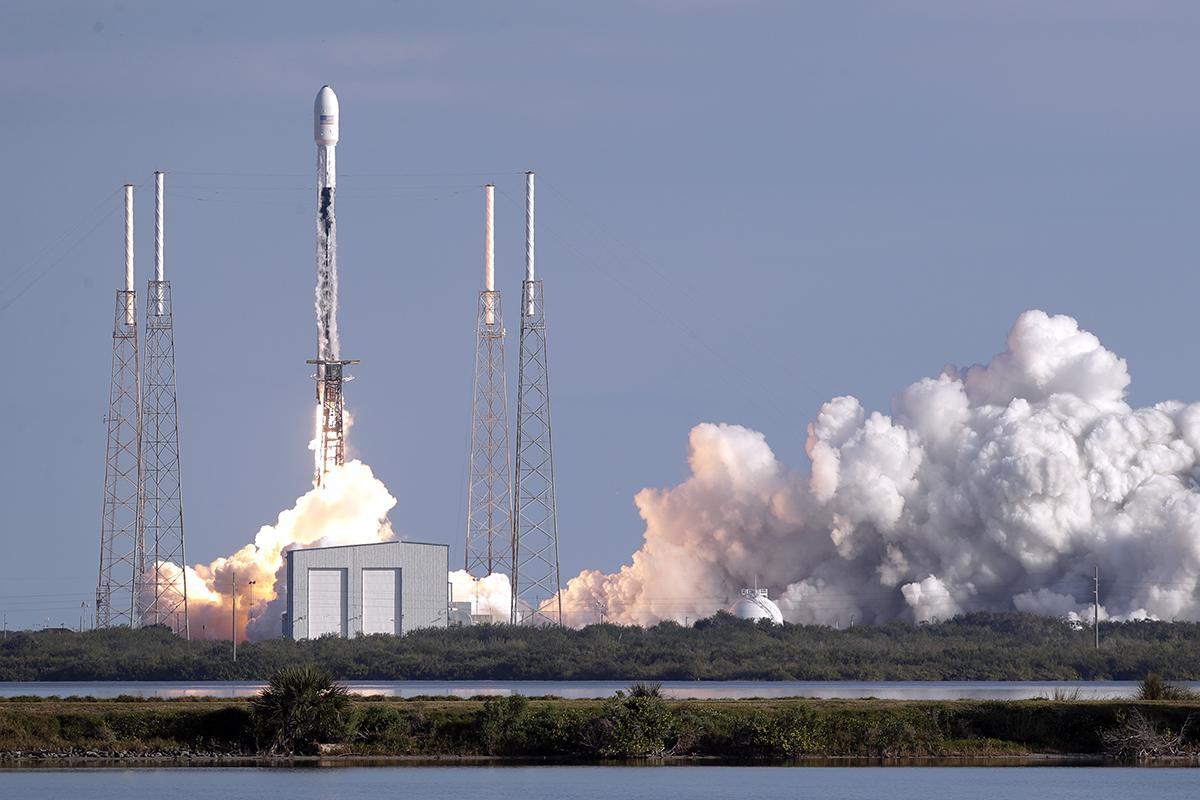 Several space companies are racing to create and launch “constellations” of satellites to provide broader internet access. Elon Musk’s SpaceX and the London-based OneWeb have already begun putting the satellite networks in orbit, but experts warn the thousand of extra space objects could cause problems.

The vastness of space makes littering seem harmless, “but actually the amount of operational space we are using is really quite small,” Christopher Newman, professor of space law and policy at Northumbria University in the United Kingdom, told CNBC. “And especially now, with the constellations looking to occupy large areas of low Earth orbit, it’s becoming even more crowded.”

Space debris can damage satellites and manned spacecraft, threaten the International Space Station, or hurtle back to Earth and harm people on the ground. Some 22,300 traceable pieces of space debris exist, but thousands more untraceable pieces could be up there, the European Space Agency said.

Space programs have launched more than 9,000 satellites since the late 1950s. Of the about 5,000 still in space, only 2,000 still function. The Swiss start-up company ClearSpace is working to design spacecraft that can find, capture, and remove nonfunctioning satellites from orbit. The Japanese company Astroscale also plans to launch a space junk removal mission in 2022. —J.B. 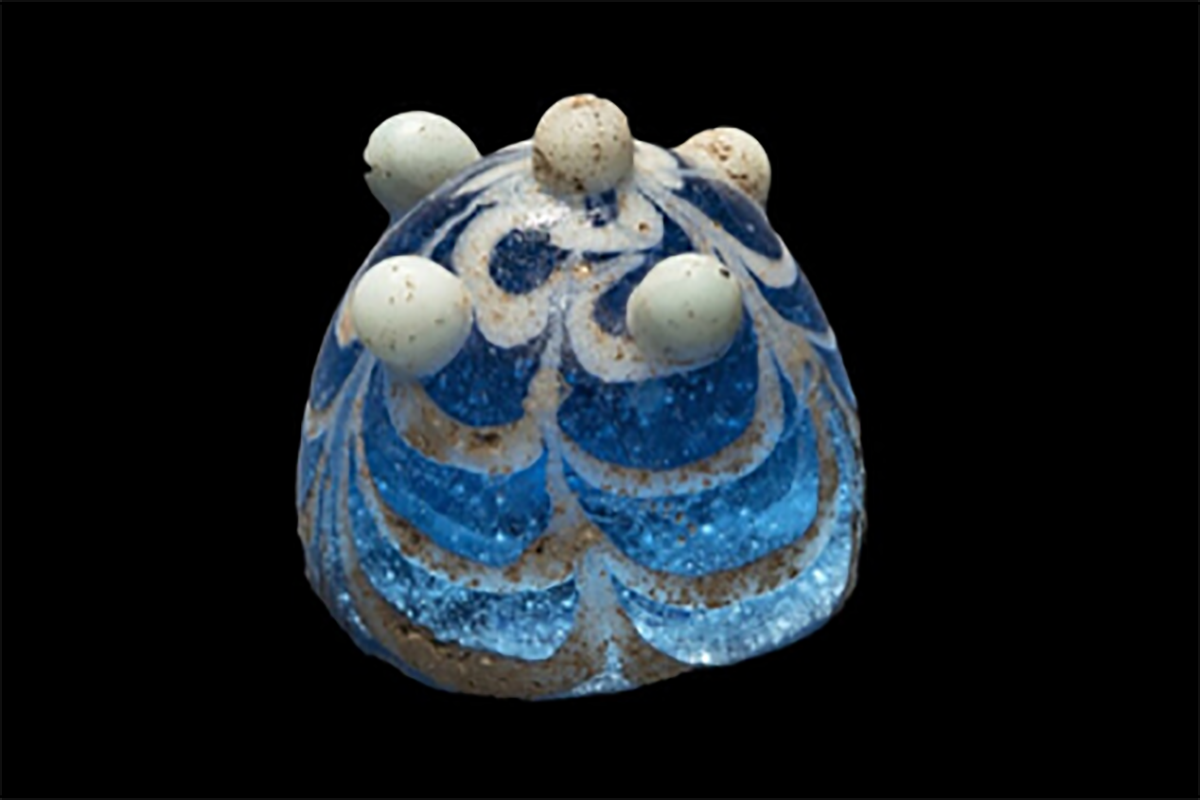 Archaeologists recently discovered a Viking board game piece in the ruins on Lindisfarne, an island off the northeast coast of England, a few miles south of the Scottish border. The monastery at Lindisfarne served as the center of Christianity in the medieval kingdom of Northumbria. On June 8, 793, Viking pirates attacked, plundered, and desecrated the church and killed many of the island’s inhabitants. It was the first significant raid on Western Europe and the beginning of the Vikings’ long campaign of pillaging and plundering Christian lands in England and mainland Europe.

The scientists believe the game piece, made of swirling blue and white glass and crowned with white glass droplets, belonged to the Viking board game hnefatafl (“king’s table”) and dates from before the Norsemen raided the island. That means Vikings may have interacted with Lindisfarne long before the raid, The Guardian reported.

The piece also shatters perceptions that life during medieval Christianity involved all work and no play. “We often tend to think of early medieval Christianity, especially on islands, as terribly austere: that they were all living a brutal, hard life,” David Petts, the lead archaeologist, told The Guardian. But, in reality, he said Lindsfarne bustled with monks, pilgrims, tradespeople and even visiting kings: “The sheer quality of this piece suggests this isn’t any old gaming set. Someone on the island is living an elite lifestyle.” —J.B. 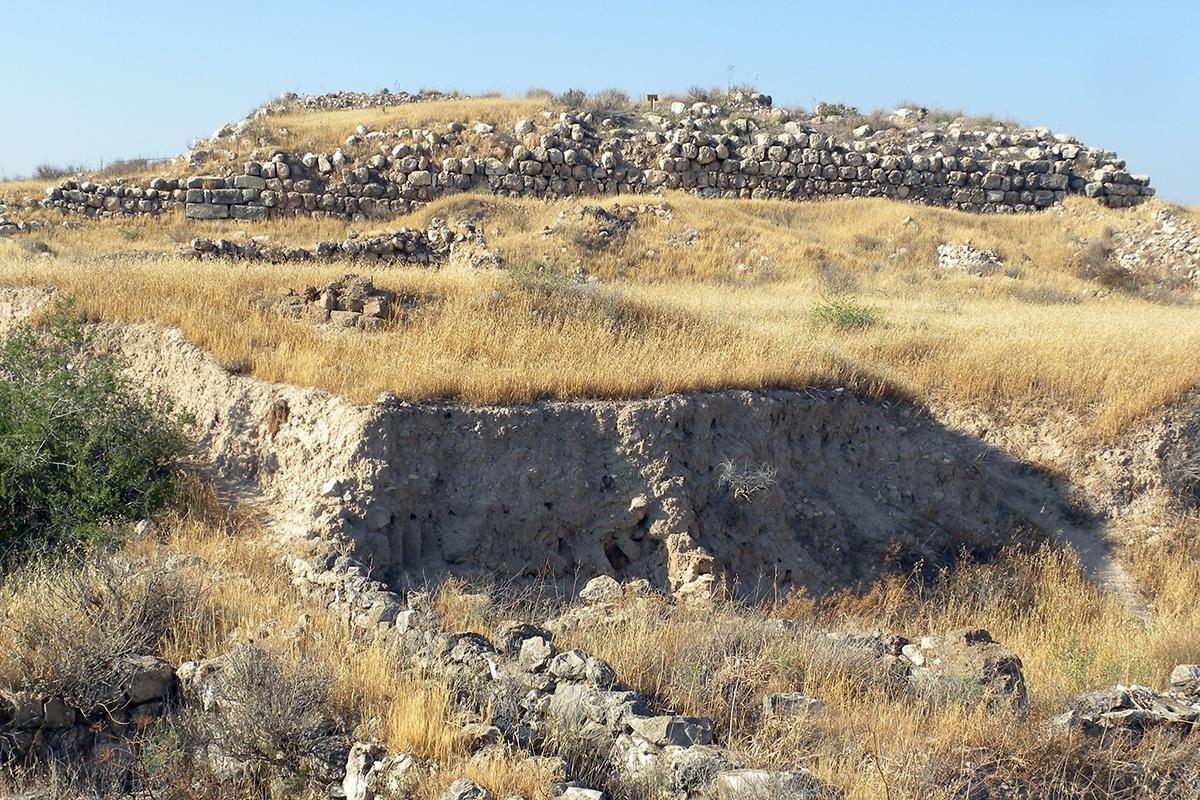 Archaeologists have unearthed a Canaanite temple at the site of the ancient city of Lachish in southern Israel. According to the Bible, Joshua led the Israelites in destroying the city during their conquest of the Holy Land (Joshua 10:31-32).

The Israelite campaign against the Canaanite tribes took about a hundred years, according to lead archaeologist Yosef Garfinkel. The researchers found evidence of two attacks, one around the end of the 13th century B.C. and one about 50 years later. “Which of the two destructions is the one that was carried out by Joshua remains a big question,” Garfinkel told The Jerusalem Post.

The scientists also found a gold-plated bottle featuring the name of Egyptian Pharaoh Ramses II, who ruled Egypt from 1279 B.C. to 1213 B.C. Some people associate him with the Pharaoh of the Exodus, but no evidence has confirmed that.

Researchers from the University of Wisconsin discovered they could awaken monkeys anesthetized into a deep sleep by electrically stimulating a precise brain region. When they ended the electric stimulation, the monkeys went right back to sleep. They targeted an area only a few millimeters in size in the monkey’s thalamus, the region involved in consciousness deep in the forebrain just above the brain stem, according the study published in Neuron on Feb. 12.

The researchers hope their discovery will lead to helping people with disorders of consciousness live better lives.

“It’s possible we may be able to use these kinds of deep-brain stimulating electrodes to bring people out of comas,” lead researcher Michelle Redinbaugh said. “Our findings may also be useful for developing new ways to monitor patients under clinical anesthesia, to make sure they are safely unconscious.” —J.B.