Getting ready for the student loan bubble to burst

Experts warn the U.S. is on the brink of another subprime lending crisis

Amid all the other drama in Washington, one major higher education crisis isn’t getting enough attention: the student loan bubble.

Analyst Daniel Pianko believes the United States is on the cusp of the largest subprime lending bubble since the mortgage boom that sparked the Great Recession. And taxpayers have no idea how much they’ll likely have to pay to extricate millions of borrowers from financial catastrophe.

Since 2010, when it took over the student loan program, the federal government has issued nearly $1 trillion to cover college costs. About 35 percent of borrowers are considered subprime, or at high risk of default. Pianko notes 7 million Americans have already defaulted on their loans and another 20 million are likely to follow suit.

On top of the likely defaults, the government is giving too many borrowers the chance to repay only a portion of their debt, leaving taxpayers to write off the rest.

Earlier this month, the Congressional Budget Office (CBO) released a new estimate for how much the generous Public Service Loan Forgiveness program will cost over the next 10 years: $24 billion. That’s double what the CBO estimated two years ago, and Jason Delisle of the American Enterprise Institute predicts the cost estimates will continue to rise.

Delisle calls the program a “ticking time bomb for taxpayers,” but reforming the higher education finance system doesn’t seem to be high on the Trump administration’s priority list.

The CBO’s report comes about six months after the Government Accountability Office (GAO) issued a report blasting the Department of Education for grossly underestimating the loan forgiveness program’s likely cost. In December, the GAO estimated the government would forgive (read, taxpayers will be asked to cover) about $108 billion in student loans under the terms of the program.

Critics say the program is too generous and unfairly benefits students who take out loans for graduate degrees. Under the program, a student who gets a job making $40,000 per year would repay the same amount, whether she has $50,000 in debt or $100,000.

“Let that sink in for a moment,” Delisle wrote in a recent opinion piece for Politico. “Payments are the same if the student borrows $50,000 or $100,000. Taxpayers foot the bill for the difference.”

Delisle contends lawmakers had no idea how popular the program would be when they expanded it to cover about 25 percent of the U.S. workforce. But the word’s out now: The Education Department estimates about 60,000 new borrowers enroll every quarter.

After the GAO released its report in December, the Senate Budget Committee issued a strong rebuke to the Obama administration for letting the program get so out of control. But since then, lawmakers have had their hands full trying to fix other failed federal programs. Higher education finance reform has become like that mandatory college course students put off as long as possible because they know it will be hard, with dire consequences for failure. Only in this case, if Uncle Sam gets an F, he can keep going to class while mom and dad have to go get a second (or third) job to help pick up the tab. 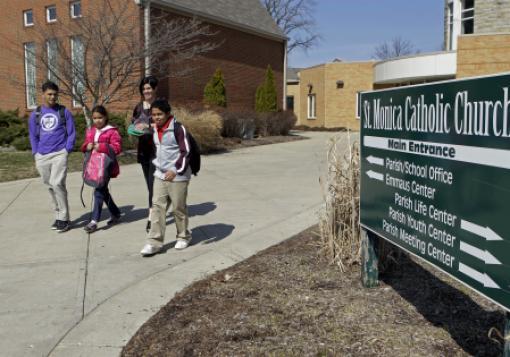 Private school vs. the American Dream

A new study by the National Bureau of Economic Research declares private schools are becoming out of reach for middle-class Americans. The analysis blames the disparity between upper- and middle-class private school enrollment on income inequality—an analysis with a decided political agenda.

But the data show an interesting trend that doesn’t bode well for Christian schools.

But the drop in enrollment among middle-class families isn’t all about lack of affordability. The study’s authors, researchers from Stanford and Harvard universities, noted middle-class families were increasingly choosing to buy bigger houses in the suburbs, where public schools are better. They’re putting the money they would have spent on private school into improving their so-called standard of living.

The challenge for Christian schools is to convince parents what they have to offer students is better than a “good” public school education and more valuable than their creature comforts. That’s evidently a much harder sell than it used to be. —L.J. 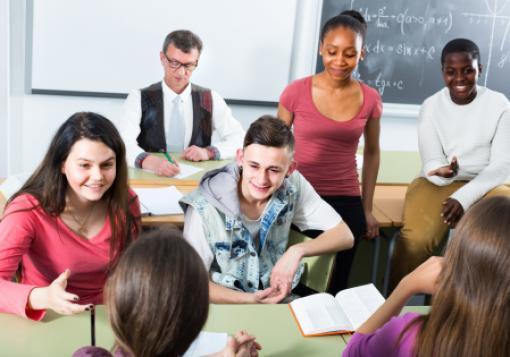 A new report from the Education Department’s National Center for Education Statistics shows violent incidents and bullying in U.S. public schools have dropped in recent years. Among middle schoolers, the rate of violence dropped from 40 incidents per 1,000 students in the 2009-10 school year to 27 per 1,000 in 2015-16. Reports of bullying in middle schools dropped from 39 percent of campuses in 2009-10 to 22 percent last year.

Middle schools had the highest rates of bullying and violence, but rates also dropped in elementary and high schools. Only one category saw an increase in incidents: 9 percent of schools reported threats that involved weapons, compared to 8 percent in 2009-10.

Don’t bother me with details

High school students trying to decide what to study in college aren’t that interested in learning how much they can make with their future degrees. Researchers at the Urban Institute gave a group of Virginia high schoolers access to a website that analyzes the average cost of college enrollment and the average salary earned by graduates, sorted by university and type of program.

Although the students researched schools using other websites, they rarely looked at the future earnings data. Does that mean they don’t care about their post-graduate salaries? No, the Urban Institute researchers concluded, chalking up the lack of interest to the already overwhelming amount of information prospective college students must sort through. Rather than expect students to visit another website for research, the Urban Institute recommends websites that already evaluate colleges incorporate future earnings data into their existing rankings. —L.J.

In fairness, we were lending far too much money to far too many students without regard to what kind of degrees (if any) those students were earning long before Obama. One bubble that needs to burst is the one where we try to send everyone to college. The main impact of the dream of sending every student to college is that a college degree suddenly becomes meaningless.

Student loan bubble:  More evidence of the damage inflicted by the Obama presidency.  A "ticking time bomb", no less, to maximise the harm.