Israel is receiving international backlash this week after Israeli Defense Forces on Monday opened fire across a border fence on Palestinian protesters, killing at least 59 and wounding thousands more. The deadly protests, which have been happening along the border between Israel and the Gaza Strip since late March, were fueled in part this week by the opening of the U.S. Embassy in Jerusalem. The Israeli military accused protesters of trying to cross the border and said some hurled explosives at Israeli troops.

The Gaza Health Ministry confirmed the casualty count and said at least six minors were among the dead. More than 2,700 people sustained injuries, and about 130 of them remain in serious or critical condition. Protest organizers set aside Tuesday to bury the dead.

Thousands of Palestinians have participated in the mass protests, called by the Hamas militant group to oppose a decade-old blockade by Israel and Egypt on the Palestinian territory. The Gaza Strip, a 139-square-mile corridor along the Mediterranean Sea wedged between Israel and Egypt, is home to about 2 million people.

The opening of the U.S. Embassy in Jerusalem on Monday further increased frustration. Israel has long claimed Jerusalem as its indivisible capital, while Palestine has argued East Jerusalem will serve as its future capital. Protests this week extended to the West Bank, where crowds marched against the Jerusalem move and clashed with Israeli forces.

Palestinian leader Mahmoud Abbas criticized the new embassy as an “outpost in East Jerusalem” and said the protests will continue. “We are asking the world and especially the Arab world to intervene immediately to end the massacre of our people,” he said on Monday at a news conference in the West Bank city of Ramallah.

Turkey also condemned the violence and said the embassy move “disregards the legitimate rights of the Palestinian people” and “will not serve peace, security, and stability in the region.” Turkey and South Africa both recalled their ambassadors to Israel in protest. Qatar, Syria, France, and Britain, among other nations, also denounced the confrontation along the border and urged Israel to use restraint.

United Nations human rights chief Zeid Ra’ad al-Hussein condemned the “shocking killing of dozens” and called for the perpetrators to be held accountable. The UN Security Council met Tuesday, calling for an independent investigation into the protest killings but did not have a unified message.

U.S. Ambassador to the UN Nikki Haley blamed Monday’s violence on the Hamas extremists who rule Gaza and not on the opening of the U.S. Embassy in Jerusalem. She said Hamas incited the protesters to throw flaming objects toward the Israeli troops and urged demonstrators to breach the border fence.

But the United States maintained Israel has the right to defend itself.

“Who among us would accept this type of activity on your border?” Haley asked.

In a recorded video that played at Monday’s opening ceremony of the U.S. Embassy, Trump said the United States “remains fully committed to facilitating a lasting peace agreement.” But some experts worry the latest developments could quell any chance of peace.

Khaled Elgindy, an analyst with the U.S.-based Brookings Institution think tank, told Reuters the embassy move and Gaza protests set a bad precedent for any future peace talks. “It’s hard to see how any Palestinian leader could go back to an American-sponsored peace process,” he said. “If and when the administration puts forward a peace plan, it is most likely [dead on arrival].” 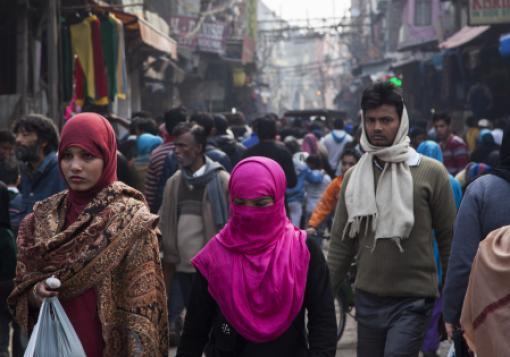 Anti-conversion laws harm religious minorities by limiting religious freedom and prompting criminal accusations against those minorities, according to a new report released by ADF International, the international arm of Alliance Defending Freedom. The report offers details about the effect of conversion laws in South and Southeast Asia and the UN’s inconsistent actions against them.

“The mere existence of an anti-conversion law in a state or country usually gives license to nationalist religious extremists to persecute members of minority religions,” the report stated.

The report argues that the UN fails to fulfill its mandate to protect human rights in its inconsistent treatment of anti-conversion laws. UN special rapporteurs have vocally opposed conversion regulations, but other parts of the UN—such as the Human Rights Council—have failed to speak out. ADF attributed the “sometimes contradicting” stance to the fact that some of the UN’s 193 member states restrict religious freedom with anti-conversion laws and by other means.

The report urges UN leaders to use all their mechanisms, including the Human Rights Council and its peer review system to protect religious freedom by being “an emphatic voice against anti-conversion laws.” —Julia A. Seymour 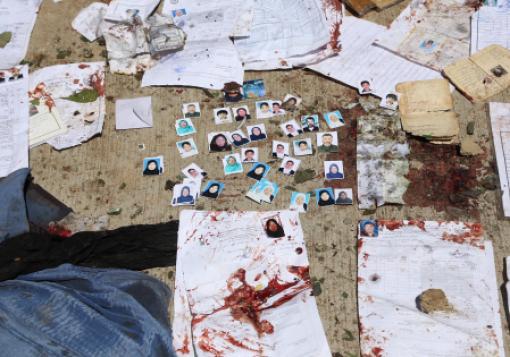 Insurgent attacks on voter registration centers in Kabul, Afghanistan, have killed and injured at least 271 people since April in an “assault on democracy,” the United Nations mission in the country said last week.

The attacks come as the country prepares for parliamentary elections in October. The UN revealed in a report that 75 percent of the attacks in Kabul, the country’s capital, since April 14 have targeted schools and mosques where voters gathered to register. The UN mission said it verified 23 election-related security attacks, the deadliest on April 22, when at least 57 people died and 100 others sustained injuries in a suicide explosion that targeted a national identity card distribution center.

The Islamic State (ISIS) has claimed responsibility for the attacks.

“Those who are registering to vote have my utmost respect,” said Tadamichi Yamamoto, the UN secretary-general’s special representative for Afghanistan. “They are exercising their constitutional right and putting hope for Afghanistan’s future above concerns about their personal safety.” —O.O

At least 26 people died in an attack in Burundi ahead of a controversial referendum that could see the country’s president extend his tenure to 2034.

Security Minister Alain Guillaume told reporters the attackers wounded seven others in the Friday night incident that targeted the Ruhagarika community in the northwestern Cibitoke province. Authorities did not confirm whether the attack had political motives, but it comes amid an increasingly tense political environment.

In 2015, Burundi President Pierre Nkurunziza pursued and eventually won an unconstitutional third term. Sporadic violence since then has killed about 1,200 people and more than 400,000 others have fled the country, according to the United Nations. Now the government is asking Burundians to vote in a referendum on whether to extend the president’s tenure for 14 years when his term expires in 2020. Earlier this month, the United States condemned “violence, intimidation, and harassment” against those who oppose the referendum and expressed concern over the “non-transparent process.” —O.O

A panel of aviation experts this week said they believe the 2014 disappearance of Malaysian Airlines Fight 370 was deliberate.

The five international experts who appeared on the 60 Minutes Australia TV program on Sunday said they believe veteran pilot Capt. Zaharie Ahmad Shah staged the March 2014 crash, killing all 239 people on board. One expert, Boeing 777 pilot and instructor Simon Hardy, used data from military radar to reconstruct the flight plan and said Shah deliberately flew in and out of Malaysin and Thai airspace to avoid detection. The experts also said they believe someone piloted the flight to the end, contradicting previous claims the plane crashed with no one in control. “This was a mission by one of the crew to hide the aircraft as far away from civilization as possible,” Hardy said, “which puts us way outside the search area that is currently being done.”

Investigators are still searching for the plane, which disappeared on its way to Beijing, China. —O.O