An immigration services officer swears in a new U.S. citizen at a drive-up naturalization ceremony on June 26 in Laguna Niguel, Calif. Associated Press/Photo by Ashley Landis

In 2000, Mohammad Esseck moved with his wife and 3-year-old son from South Africa to North Carolina for a teacher exchange program. The schools asked them to stay and continue teaching in the United States. The couple earned advanced degrees, had another child, and began building a life. In 2010, they applied for permanent residency, and earlier this year, Esseck, now teaching at a community college in Raleigh, began the process of becoming a U.S. citizen.

But then the coronavirus pandemic hit.

This spring, U.S. Citizenship and Immigration Services (USCIS) told Congress that reduced immigration meant it needed emergency funding to avoid furloughing most of its staff. The request triggered a standoff between lawmakers who want more accountability before providing funds and USCIS, which says the furloughs will begin on Aug. 30. Caught in the middle are people like Esseck.

USCIS processes citizenship applications, dispenses green cards to permanent residents, and approves international adoptions, among other duties. Unlike other government agencies, USCIS relies on application fees for revenue instead of appropriations from Congress. The Trump administration has raised the standards for legal immigrants, resulting in fewer visas issued and an even greater backlog of cases. At the same time, the agency has increased fraud detection efforts and hired new staff to enforce them.

In May, USCIS informed Congress that the pandemic had caused “an alarming drop in applications at the end of March.” The agency estimated it would receive 61 percent fewer applications and petitions this fiscal year and would need emergency funding of $1.2 billion. USCIS promised to pay back Congress using revenue from a 10 percent surcharge in application fees. Without the funds, USCIS said it would have to furlough 13,400 employees, about 70 percent of its workforce.

In late June, USCIS Deputy Director for Policy Joseph Edlow warned that furloughs would begin on Aug. 3. But then on July 21, Sen. Patrick Leahy, D-Vt., vice chairman of the Senate Appropriations Committee, and another committee member reported that USCIS “currently projects to end the fiscal year with a surplus and a sufficient balance to pay its employees for the remainder of the fiscal year,” which ends Sept. 30. The senators urged the agency’s leadership to abandon the planned furloughs, especially in light of pandemic-induced high unemployment. In response, the agency pushed back the date to Aug. 30.

USCIS did not directly answer my question when I asked why the furloughs were necessary despite the budget surplus. An agency spokesperson said that beginning a fiscal year always requires some carryover in funds. But Leahy published another letter on Tuesday that said, “USCIS could pay all of its staff through the end of the fiscal year, avoid furloughs entirely, and still end the fiscal year with a sizable carryover balance.”

Matthew Soerens, U.S. director of church mobilization and advocacy at World Relief, warned that the agency’s plans could choke the flow of immigration even more: “These dramatic furloughs of most USCIS staff will be one more action to dramatically restrict legal immigration—and it’s hard not to wonder if that’s actually the goal.”

Pre-pandemic policies had already triggered a decline in applications, with 1 million fewer petitions in fiscal year 2018 than the previous year. In November 2019, the agency forecast a budget deficit and increased or added application fees to help. During a hearing of the House Subcommittee on Immigration and Citizenship on July 29, committee Chairwoman Zoe Lofgren, D-Calif., summarized the situation: “The agency is forcing customers to ... pay even more for slower services. This really is not acceptable.” She pointed out that the agency had a backlog of 2.5 million cases at the time.

Soerens has seen the situation play out: In 2006, he would tell immigrants that the naturalization process took six months and cost $400, but now it can take more than two years and cost $700, soon to be $1,160. “As people experience poorer service at a higher cost, fewer people are motivated to apply—which means fewer fees to sustain USCIS,” he said.

Soerens wants Christians to prioritize a functional legal immigration system. “It allows us to offer refuge to those persecuted for their faith. … It allows families to be reunited so that children can be raised by both a father and a mother living in the same country, and it also spurs economic growth,” he said, adding that a burdensome legal system incentivizes illegal immigration.

Esseck said the situation “creates deep anxiety on many levels.” His employment depends on a renewed green card or citizenship by Sept. 20. His children and a sister who lives in South Africa depend on his employment.

“What’s frustrating, I must say, is that it’s become a political football,” Esseck said. “You’re playing with people’s lives, with people’s futures.” 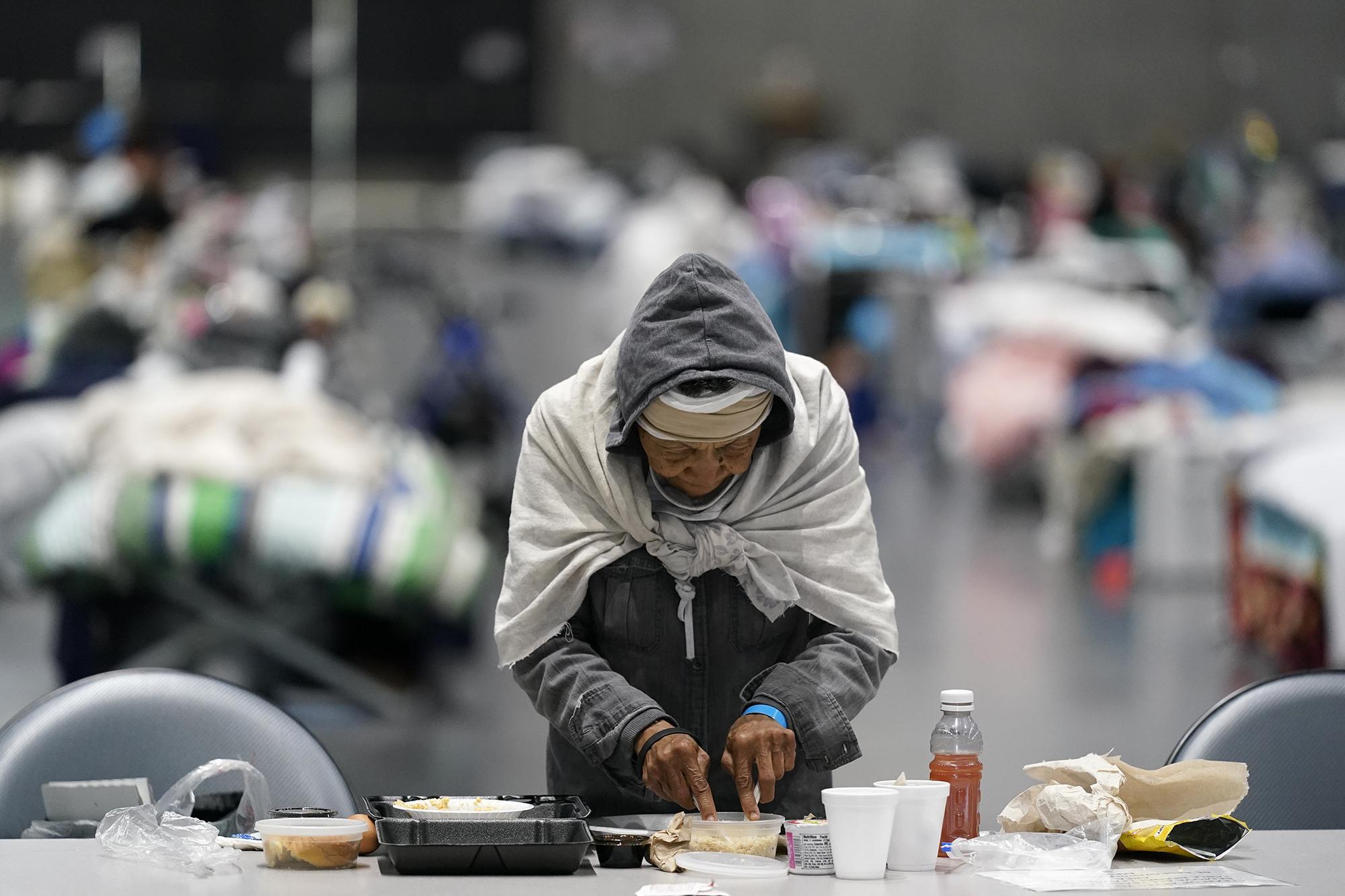 A woman eats at a homeless shelter at the San Diego Convention Center earlier this month. Associated Press/Photo by Gregory Bull

Coronavirus spread slows among the homeless

In some major U.S. cities, COVID-19 rates have stayed surprisingly low among the homeless population.

More than 200 of San Francisco’s 8,000 homeless people have tested positive—most of them associated with an outbreak at a single shelter in April. One homeless man is known to have died, though others could be included in the death count if officials didn’t know they were homeless.

Among the 12,000 homeless people estimated to live in King County, Wash., home to Seattle, health officials have diagnosed a little more than 400 with COVID-19. In Los Angeles County, Calif., about 1,200 of 66,000 homeless residents have tested positive. Maricopa County, Ariz., home to Phoenix, has a slightly higher rate—in a homeless population of 7,400, nearly 500 people have had the disease.

Homeless ministries and nonprofit groups moved quickly at the beginning of the outbreak to limit the spread—closing or retrofitting their shelters to maintain adequate social distancing space, moving clients into private rooms in hotels, and implementing new safety procedures.

But the pandemic has affected the community in other ways, closing places like public libraries that offered free respite for the homeless. In San Francisco, the number of homeless people who died over eight weeks in April and May was twice the usual rate. And many have noted the difficulties of getting reliable data on the homeless population.

“This may be an example where being outside and unsheltered, just in terms of COVID, maybe let people be at lower risk,” said Dr. Margot Kushel, director of the Center of Vulnerable Populations at the University of California, San Francisco. “But again, part of that is that we just don’t really know.” —Rachel Lynn Aldrich 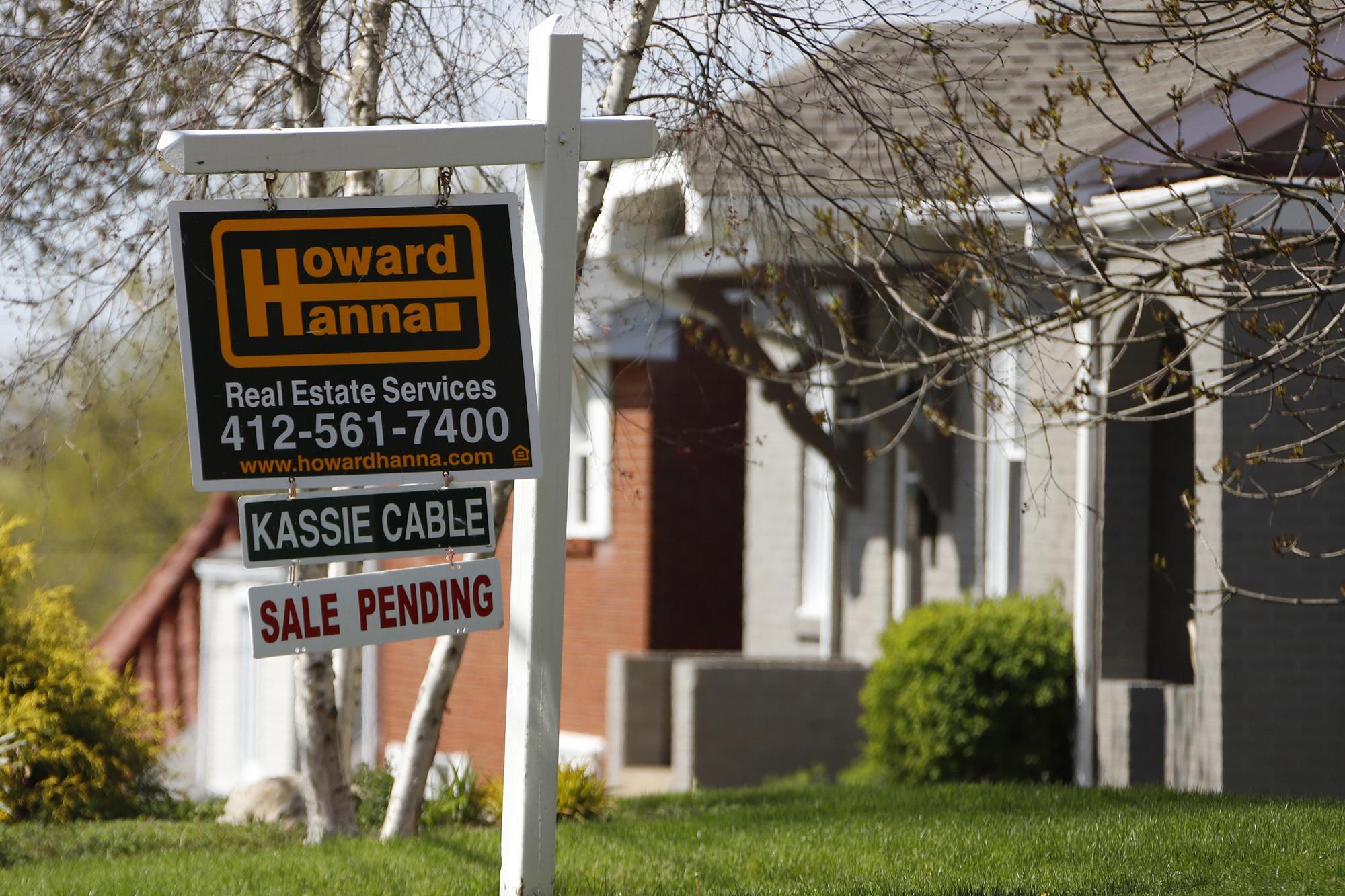 A woman eats at a homeless shelter at the San Diego Convention Center earlier this month. Associated Press/Photo by Gregory Bull

More and more people are failing to pay their mortgages as a result of the economic downturn associated with the coronavirus pandemic. The U.S. delinquency rate almost doubled to 8.2 percent during the second quarter of 2020—the biggest increase in the history of the Mortgage Bankers Association, Reuters reported.

Among first-time homeowners and lower-income individuals, the delinquency rate hit a record high of 16 percent. But the missing payments have not yet affected the housing market. In fact, U.S. homebuilders had their highest confidence rate since 1998, and home construction jumped by more than 20 percent in July, the Census Bureau reported on Tuesday.

Congress likely paved the way for the housing market’s continued strength by giving struggling homeowners a reprieve in the CARES Act. The law allows homeowners to skip payments for up to a year if they discuss the plan with their lenders and prove financial harm from the pandemic. As of Aug. 9, about 3.5 million households were taking advantage of the forbearance.

But no provision of the act ensures homeowners have the long-term ability to pay the mortgage. When the year ends and mortgages are due, delinquencies have the potential to rise even higher, flooding the market with foreclosed properties and driving down housing values. —Kyle Ziemnick

About half of the detainees at a U.S. Immigration and Customs Enforcement facility in California tested positive for the coronavirus. After cases surged at the Mesa Verde ICE Processing Center near Bakersfield, Calif., U.S. District Judge Vince Chhabria on Friday said officials must test everyone held there. Emi MacLean from the San Francisco public defender’s office told The Desert Sun in Palm Springs that 54 of the 106 inmates had tested positive as of Saturday. Staff members also are getting tested at regular intervals.

A private ICE contractor owns the Mesa Verde Center, which holds 121 men while they wait for deportation proceedings.

Chhabria said ICE “lost the right to be trusted” when it came to the safety of the facility, according to the San Francisco Chronicle. —R.L.A.