Conflicts over religion and resources fuel the violence

Women in Plateau state, Nigeria, mourn after an attack by Fulani herdsmen in March. Getty Images/Photo by Pius Utomi Ekpei/AFP

John Bulus, the church secretary of Salama Baptist Church in the village of Ancha, told Morning Star News that the village woke up to sounds of gunshots shortly after midnight Friday. Bulus said the gunfire lasted for about 25 minutes. “I can confidently tell you that some of the persons among those who attacked us are local Fulani herdsmen who lived close to our village,” he said. The 20 people who died, including nine children, belonged to Baptist and Methodist churches in Ancha. State police commissioner Peter Ogunyanwo said the attack came three days after authorities found the body of a Fulani boy who went missing.

Changing environmental conditions have driven the herdsmen toward Nigeria’s Middle Belt region in search of grazing pastures for their cattle. Violent clashes between the herdsmen and mostly Christian farmers persist. The latest attack in Plateau is the largest the state has experienced in recent months. In May, Christian leaders said herdsmen raped four women, injured 12 other Christians, and displaced two communities after attacking their villages. In July, Benue state Gov. Samuel Ortom said the herdsmen had killed more than 1,800 people in the state in the past three years.

Following last week’s attack, the state government and Nigerian President Muhammadu Buhari both condemned the killings and said investigations would follow. The Nigerian government has faced criticism for not responding firmly to the crisis. Information In April, Minister Lai Mohammed said the government was working “silently” to end the carnage. The Human Rights Writers Association of Nigeria revealed in August that the International Criminal Court had started a preliminary investigation into the violence after the group sent a petition to the court.

Yusuf Turaki, a professor at the ECWA Theological Seminary in Jos, told World Watch Monitor that the government can only resolve the crisis long term if it enforces justice and equality.

“If the government believes that Fulani herdsmen and the indigenous people are equal human beings and that justice should govern the two peoples, and acts on that … then there’s a way of resolving the issue,” he said. 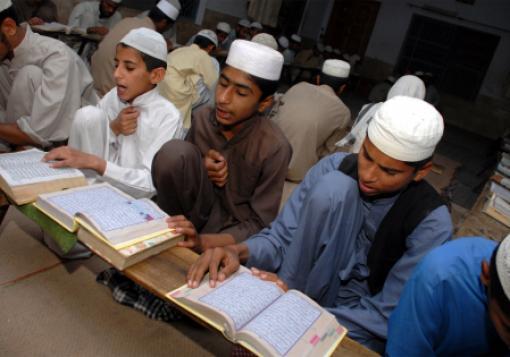 Christian teen beaten to death by Muslim classmates in Pakistan

Sharoon Masih, a Christian student in Pakistan, died Aug. 27 after his Muslim classmates beat him to death at a school in Burewala, Punjab, according to Pakistan’s The Nation newspaper. Witnesses gave conflicting accounts about what led to the attack, but some, including The Independent in London, reported the 17-year-old drank from a Muslim’s water cup. Police have arrested only one student, Muhammad Ahmed Rana.

Masih’s relatives and the British Pakistani Christian Association told The Nation he was killed because of his religion. His parents used their savings to send Masih to MC Model Boys Government School this year because he had done so well in school up to that point. But he immediately encountered hostility.

Following his first day, “Sharoon complained to his father that the teacher had slapped him for not wearing a uniform” and made him stand in the sun all day as punishment, his uncle said. He said people also called him “chura,” an insult that means “sweeper,” and referred to his low-caste background. Days later, school administrators and teachers failed to stop the fatal beating.

In addition to being forbidden to practice their faith in school and forced to learn Islamic teachings, Christian children in Pakistan often endure harsh treatment, according to International Christian Concern’s William Stark. He recounted incidents including teachers beating a Christian with a cricket bat, locking a small child in the bathroom all day for using one designated for Muslims, and forcing Christians to clean the school or a teacher’s home during the school day rather than taking classes. 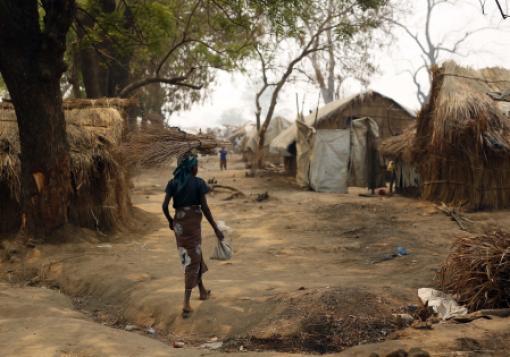 During its investigation last month, Amnesty interviewed 30 people who had fled violence inflicted by the Union for Peace in Central Africa (UPC) rebel group in Basse-Kotto prefecture. UPC is an offshoot of the predominantly Muslim Seleka group, which overthrew the government in 2013. Twenty of the 25 women with whom Amnesty spoke had been raped and also witnessed the killings of their male relatives.

The Seleka rebel group has continued to stage attacks, largely against Christian communities. The mostly Christian anti-Balaka rebel group initially stepped up to fight back, and several other militant groups have sprung up since then. In a bloody attack in May that killed at least 130 people, one woman said UPC fighters shot her husband when he tried to flee and then said, “We’re going to do something to you Christians that won’t be forgotten for many generations.”

The conflict has left more than 2.4 million people in need of humanitarian assistance. Survivors recounted that the UN peacekeeping force in the country arrived in small numbers after the clashes and failed to carry out patrols. “Civilians are not accidental victims in this conflict; they are direct targets,” said Joanne Mariner, Amnesty’s senior crisis response adviser. “If the UN’s mandate in the Central African Republic is to mean anything, civilians must be better protected.” —O.O.

China’s state council has added to the country’s religious regulations, saying the changes will help protect national security and combat religious extremism. The government said the amendments to the laws, first established in 2005, reflect changes in China and the world. The new regulations place controls on financing religious groups, constructing buildings, and discussing religion online. They also ban unregistered groups from teaching or participating in training or meetings. The official China Judgments Online website said a 49-year-old Muslim man recently received a two-year sentence after he formed a discussion group about Islamic worship on the WeChat messaging app and started a conversation about the Quran in another group. China Judgments Online said Huang Shike’s actions “disturbed normal religious activity,” and violated the existing laws on online religious discussions. The new amendments are set to take effect Feb. 2, 2018. —O.O.

An Indian Catholic priest who was kidnapped by militants in March 2016 in Yemen has been rescued, India’s foreign minister said Tuesday. Sushma Swaraj confirmed the Rev. Tom Uzhunnalil’s rescue on Twitter but released no additional details. Militants abducted Uzhunnalil during a raid at a retirement home run by Mother Teresa’s Missionaries of Charity in the town of Aden. He had worked there as the chaplain for more than four years. Sixteen people, including four nuns, died in the attack. “Our prayers were finally heard,” Uzhunnalil’s brother, Matthew, told the Hindustan Times. “We thank all who stood with us in trying times.” —O.O.

Cyborg3 I do not know the scripture reference for your comment. Please provide it. The only references to knives that I was able to find were to the flint knives in the OT used for circumcision. Thank you.