Organizers vowed to sue, and it’s not clear the schools will prevail.

After considering the real likelihood of violence and consulting law enforcement officials, the university canceled the Sept. 11 rally because of “concerns about the safety of its students, faculty, staff, and the public,” administrators said in a statement issued Monday night.

Leaders at the University of Florida faced a similar dilemma over a Sept. 12 event planned by the National Policy Institute, an organization run by white nationalist Richard Spencer. The group requested space at the university, although administrators said they didn’t have a signed contract or a deposit for the event. University president W. Kent Fuchs said he wasn’t sure administrators could keep Spencer off campus, although he called the planned appearance “deeply disturbing.”

But on Wednesday morning, Fuchs said he couldn’t put his students’ safety at risk and denied the group’s request for space. Cameron Padgett, a member of Spencer’s group, said he planned to sue. In April, Padgett won a suit against Auburn University in Alabama after administrators there attempted to block an appearance by Spencer.

“People are coming to these protests heavily armed, and mixing into crowds with armed and unarmed people,” Sue Riseling, executive director of the International Association of Campus Law Enforcement Administrators, told The Chronicle of Higher Education. “That puts a much different dynamic in it for law enforcement. Just because someone is armed does not mean they are not going to be peaceful, but it certainly is a complicator.”

Texas lawmakers from both parties had urged Texas A&M officials to do something to block the event on their campus, but administrators initially said the rally could not be stopped because of free speech protections. On Monday, they said the “risks of threat to life and safety” trumped all other considerations. Wiginton said he plans to sue.

In December, Wiginton invited Spencer to the College Station campus for an event that remained mostly peaceful. Following the cancellation of several provocative white nationalist events at other campuses across the country, Texas A&M administrators pledged to support the free exchange of ideas even though they vehemently disagreed with Spencer’s message. Last year’s event ended without a major incident, an outcome campus leaders feared they could not repeat.

“White supremacists keep coming to our campus thinking we’re going to support them,” Adam Key, a doctoral student and counterprotest organizer, told The Texas Tribune. “Just like the last time they showed up, we want to demonstrate as clearly as we can that their ideas are not welcome here.”

“In the end, the best way to deal with a lowlife like him is to ignore him,” Buzbee said. 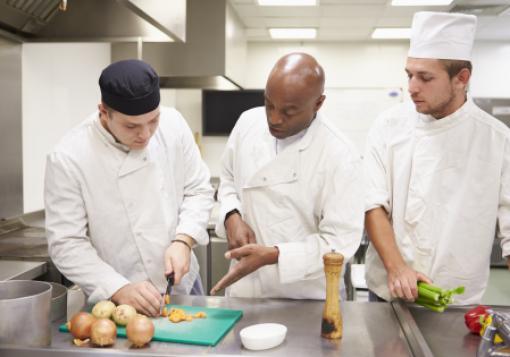 Ready to work in West Virginia

Education experts blame the disparity on the institutionalized U.S. preference for college degrees, which drives everything from curriculum policy to standardized testing requirements. But as of 2015, fewer than half of millennials had earned any kind of secondary degree, emphasizing the importance of preparing students for a future that doesn’t include more schooling.

Programs that focus on one skill could leave students scrambling in the future if workforce needs change. One recent study showed that while ready-to-work skills helped students get jobs more quickly after graduation, they didn’t prepare them well to adapt to inevitable economic and technological changes. Critics also note students from poor or low-performing schools are more likely to get pushed toward vocational training, limiting their ability to go to college.

“With so much changing in the world of work, so much excitement about new skills providers, and so much need to get people to work, there’s a danger that state K-12 policymakers could overcorrect and force schools to focus too much on the high school-to-work pipeline,” he warned. “We have to remember that the college-for-all mentality of the last generation came about for a reason: Too few students were prepared for college.” —L.J. 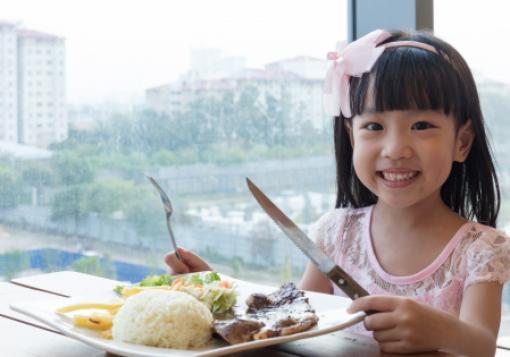 An art teacher in Lake Worth, Fla., not far from President Donald Trump’s Mar-a-Lago resort, takes on a daunting task each year by teaching etiquette to fifth graders. Rebecca Hinson walks her students through a fancy meal, teaching them how to sit, handle an often confusing array of utensils, and interact with their fellow dinner guests. About 99 percent of students at South Grade Elementary School qualify for the free and reduced lunch program. The mom of one student told NPR Hinson’s etiquette class might be the only opportunity students have to learn social skills they can use in future job interviews and professional settings. One student had a more imminent use in mind: “If we ever go to a prom and we take our girl to a fancy restaurant. Like, we use the resting position if we need to go get something from the car.” —L.J.

No eclipse for you

Officials at the Cumberland Valley School District in Mechanicsburg, Pa., say students won’t be allowed to go outside during Monday’s solar eclipse. Never mind the historic nature of the event. Administrators say they’re afraid students won’t heed warnings not to look at the sun without protective glasses. There’s a teachable moment in here somewhere … —L.J.