Free speech and the academy

A conservative Indiana University professor vilified for his views is fighting back, claiming he has not promoted the opinions attributed to him.

Eric Rasmusen is a rarity—a Christian and political conservative in academia who is public about views he believes are well-grounded in faith or common sense. The tenured business professor at the Bloomington, Ind., campus is under attack for tweets and comments he made on social media about homosexuality, women in academia, affirmative action, and race.

Controversy erupted when Rasmusen retweeted a link to an article published on Nov. 2 by The Unz Review titled “Are Women Destroying Academia? Probably.” He quoted from the article without comment: “Geniuses are overwhelmingly male because they combine outlier higher IQ with moderately low Agreeableness and moderately low Conscientiousness.”

After the tweet went viral, university administrators came down hard. Provost Lauren Robel condemned Rasmusen’s views in a statement released Nov. 20 accusing the Yale- and Massachusetts Institute of Technology–trained professor of employing “pernicious and false stereotypes.” Robel claimed that Rasmusen’s posts perpetuate ideas that women do not belong in the workplace, homosexual men should not be permitted in academia, and black students are inferior to white students and do not belong at elite schools.

“Not true,” Rasmusen wrote in a post on his website on Nov. 26, pointing to Robel’s failure to cite evidence for the claims she made. The post gives a point-by-point response to Robel’s claims, leading with, “I oppose admitting people to universities based on their race; I open doors for ladies; I say that sodomy is a sin.”

Rasmusen explained he opposes race-conscious affirmative action but not qualified African American students attending college. Nor does he oppose women in academia, he said, noting his wife used to teach at Eastern Illinois University. And while he objects to homosexuals as grade school teachers, Catholic priests, or Boy Scout leaders, he does not object to their work in academia.

Robel provided no evidence that Rasmusen has discriminated against students but said the university would provide alternative classes for students and make Rasmusen do “double-blind” grading so he would not know which exam belongs to which student.

That’s a mistake, wrote University of Chicago law professor Brian Leiter. “[Robel’s] job is not to attack members of her faculty, however stupid or foolish they may be; her job is to uphold the constitutional rights of faculty (which she professes she will do) and [ensure] compliance with anti-discrimination laws, among other tasks.”

Punishing Rasmusen by treating him differently from other professors, without evidence of wrongdoing, may also be unconstitutional. In 1992’s Levin v. Harleston, a federal appeals court ruled The City College of The City University of New York violated the First Amendment to the U.S. Constitution by setting up shadow classes for a professor whose extracurricular writings were said to denigrate African Americans when there was no evidence that the professor’s views affected educational objectives.

None of the pushback has been easy on Rasmusen. In addition to responding to administrators, he said he has had to deal with a rash of tweets and emails—many supportive, some insulting.

“For my family, it was tense and challenging but also a God-given opportunity to pray together and learn to rely on the Lord more deeply,” Rasmusen said. “As my wife told me today, fear of man is not the way to live.” 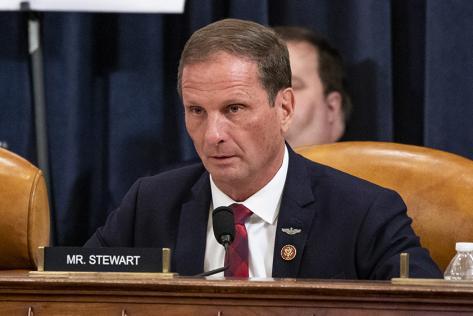 The federal Fairness for All Act aims to bring about a cease-fire in the seemingly intractable battle between LGBT rights and religious freedom. But given the response to the bill, introduced in the U.S. House by Rep. Chris Stewart, R-Utah, on Friday, it is likely dead on arrival.

The legislation reads much like the LGBT-supported Equality Act, which was introduced in the House earlier this year. That bill would have enshrined sexual orientation and gender identity protections in virtually every major piece of federal civil rights legislation. The biggest difference is that the Fairness for All Act, unlike the Equality Act, contains religious exemptions. Some religious groups and leaders such as the Council for Christian Colleges & Universities, Mormon officials, and pastor and author Tim Keller support the measure, but many don’t. Focus on the Family President Jim Daly and Southern Baptist Convention leaders Russell Moore and Albert Mohler rejected it, as did most major LGBT advocacy groups.

“It’s an enormous miscalculation of what is politically possible,” Alliance Defending Freedom senior counsel Greg Baylor said, adding it suggests a “hint of desperation as to the trajectory on these issues.”

He ticked off a parade of negative consequences flowing from the legislation: the right of men identifying as women to participate in women’s sports and use women’s restrooms and locker rooms, an expanded definition of public accommodation covering most businesses of 15 employees or more, and a religious exemption narrower than what comes under Title VII of the Civil Rights Act.

Small businesses like Jack Phillips’ Masterpiece Cakeshop in Colorado, which was at the center of a landmark religious liberty Supreme Court case, might be exempt for now. But Baylor said that if the Fairness for All Act passes, “It means that if your business succeeds and grows, you are going to sacrifice your constitutional rights.” —S.W. 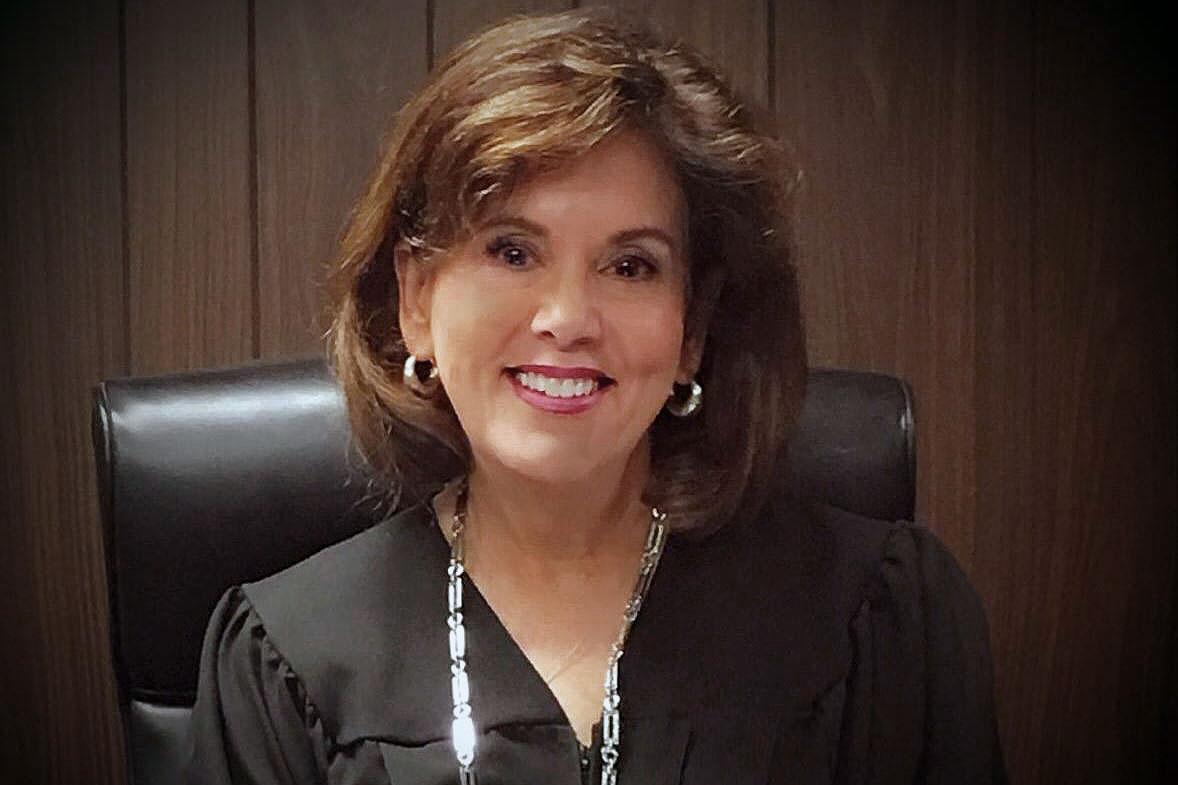 The Texas Commission on Judicial Conduct has publicly reprimanded a judge who declined to preside over same-sex weddings.

McLennan County Justice of the Peace Dianne Hensley told the Waco Tribune-Herald in June 2017 that she “would only do a wedding between a woman and a man.” Hensley, a Christian, said she was entitled to a “religious exemption” and refers same-sex couples to other local officiants.

Texas justices of the peace are not required to perform weddings, which are viewed as extra-judicial acts. That distinguishes Hensley’s situation from that of Kentucky county clerk Kim Davis, who declined to issue marriage licenses to same-sex couples in 2015. Davis defied court orders and was jailed on contempt charges until she agreed not to interfere with deputy clerks in her office who issued the licenses. She later lost a 2018 reelection bid.

“My advice when asked was that they should either do it for everyone or not do it at all,” said Waco attorney Mike Dixon, who represents the county. Hensley has not decided whether to appeal the commission’s sanction. —S.W. 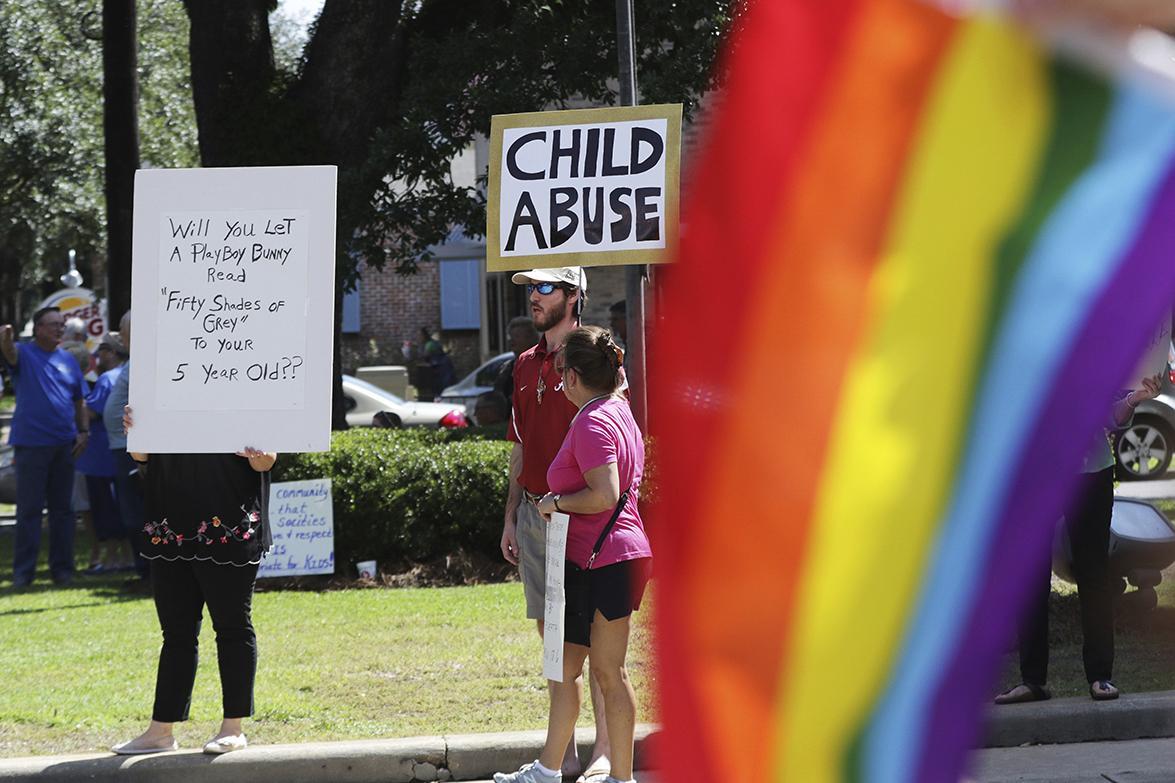 A Washington state judge last week threw out obstruction of justice charges against a pastor who attempted to observe a drag queen story hour at a local public library.

Officials arrested Pastor Afshin Yaghtin of New Covenant Baptist Church in Spokane, Wash., and placed him in a police van after he tried to cross the street from a designated protest area and enter the Spokane Public Library’s South Hill branch last June. The library was holding an event becoming common across the country: performers, usually men dressed as women, reading to children in libraries and attracting crowds of protesters and supporters.

A Spokane municipal court judge agreed with Pacific Justice Institute attorney Jorge Ramos, who argued that restricting Yaghtin, who was not protesting, to a designated protest zone because of his opinion about disparate treatment of demonstrators was unlawful viewpoint discrimination.

“The judge’s ruling is an enormous victory for the freedom of conscience,” Ramos said, citing “law enforcement’s overreach by separating and even barring people from entry into the library based on their views.” —S.W.