Free, but not for all

Graduates of Baruch College, part of New York’s tuition-free program, at its May 2017 commencement in Brooklyn, N.Y. Associated Press/Photo by Bebeto Matthews

Voters in Seattle approved a tax increase in November to fund education initiatives, including a program making two years of community college free for all high school graduates.

The seven-year, $40 million initiative makes good on a campaign promise made by Mayor Jenny Durkan, who advocated for the program even though she admitted studies have shown mixed results for free tuition offers.

A study released in September by the Institute for Higher Education Policy found the two most prominent programs, in Tennessee and New York, “do little to remove affordability barriers for low-income students, and instead allocate limited funding to middle- and, in the case of Tennessee, high-income students.” A similar analysis by The Education Trust drew the same conclusion.

So why do politicians keep promoting free college initiatives? Because “the idea of free is really sexy,” said Beth Akers, a college affordability expert with the Manhattan Institute. Wiping out tuition costs sounds like something that would put a degree in reach for students from low-income families. But many critics, including Akers, note that’s often not the way it works out.

“So we know that it may not be just the price of paying to sit in your seat that’s keeping people from going to college,” she said during a discussion of Harris’ study findings. “These scholarships aren’t paying to put gas in the car or food on the table for the families of these students, and maybe that’s a better place to spend some of these resources than supporting tuition expenditures for families of students who would have gone to college anyway.”

Both the Tennessee Promise and the New York Excelsior Scholarship are “last dollar” programs. They only kick in after other federal or state grants. Most often, those programs already cover low-income students, which means the “free college” funds go to students whose families make too much to qualify for other aid. Meanwhile, low-income students who have their tuition covered still don’t have money to pay for the other costs associated with college.

A new initiative announced last week in Nashville, Tenn., aims to solve that problem. Mayor David Briley intends to put $1 million into next year’s budget to provide $1,500 scholarships to about 400 freshman starting college next year. While that’s not enough to make a dent in housing costs, students can use the money to pay for books, supplies, exams, food, and transportation. The Nashville City Council must still approve the funding before the city starts issuing checks.

Despite criticism of the existing free college programs, their popularity among politicians is likely to grow. Several people seen as Democratic presidential hopefuls in 2020, including Sens. Elizabeth Warren of Massachusetts, Kirsten Gillibrand of New York, and Kamala Harris of California, all supported a free college bill introduced by Sen. Bernie Sanders, I-Vt., in 2017.

“Because I think that gives us, as we’re talking about it today, an opportunity to look at the evidence about how different types of designs are working,” she said. “And if it were ever the case where we did wish to, or had the political desire to, implement a federal program, we would have a lot of evidence about how to do that effectively.” 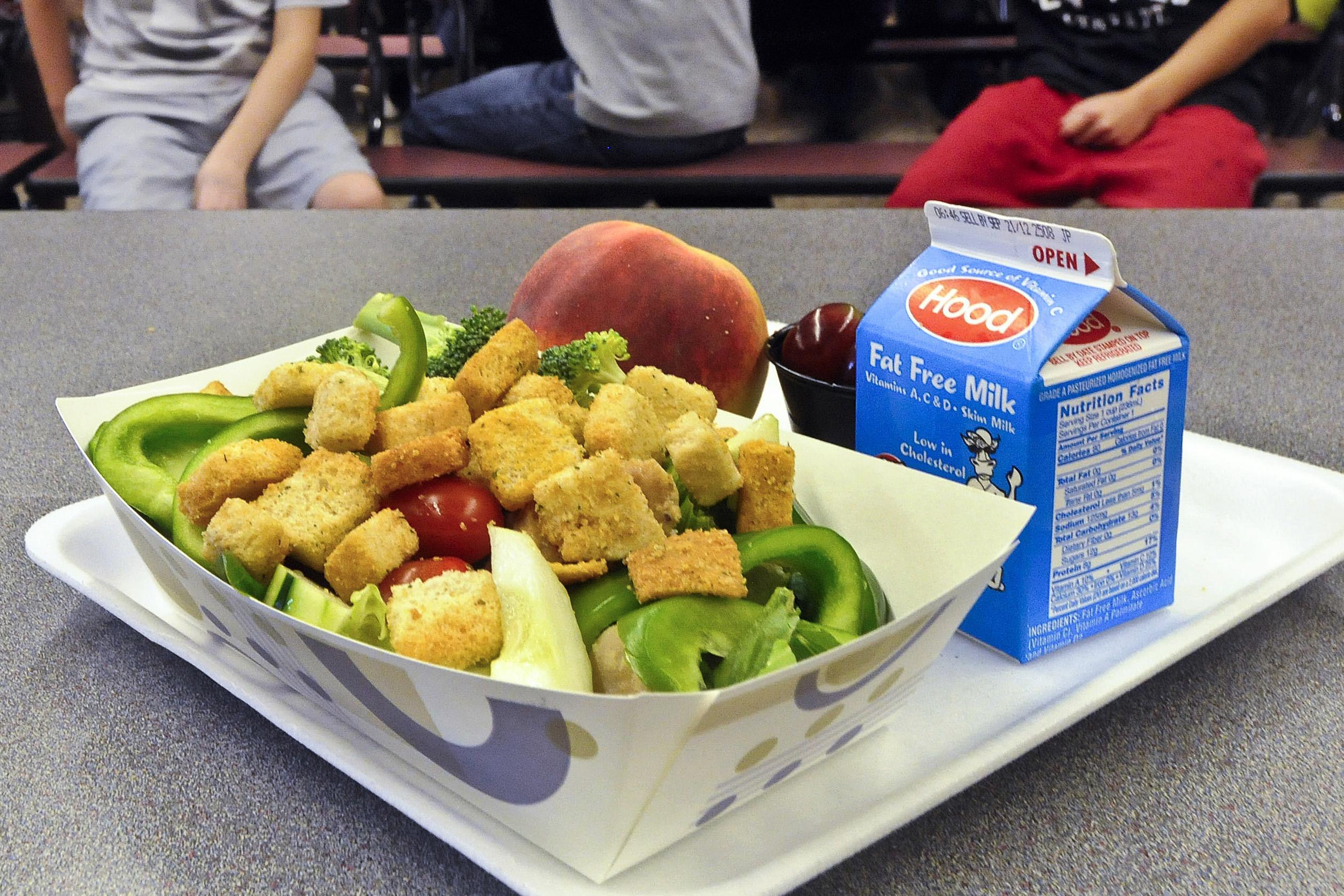 Chocolate milk all around

The Trump administration finalized a rollback of Obama-era school lunch regulations last week, a move that will allow schools more flexibility on whole grains, sodium, and flavored milk. Regulations put in place by the U.S. Department of Agriculture in 2010 imposed strict guidelines on school cafeterias, including mandating 100 percent whole grains, severely restricting sodium, and only allowing flavored milk if it was fat-free. The restrictions unleashed a nationwide food fight over what constitutes a healthy school lunch.

“This announcement is the result of years of feedback from students, schools, and food service experts about the challenges they are facing in meeting the final regulations for school meals,” said Agriculture Secretary Sonny Perdue in May 2017, when he first announced the rollback. “If kids aren’t eating the food, and it’s ending up in the trash, they aren’t getting any nutrition—thus undermining the intent of the program.”

Many school districts reported they simply weren’t able to comply with the mandate because suppliers were unable to provide affordable and compliant options, and students weren’t eating the food they could serve. A major complaint revolved around regional staples that didn’t meet whole grain standards, like grits and tortillas. Some schools went so far as to opt out of federal funding entirely in order to escape the punishing constraints. Students themselves joined the fray, posting #ThanksMichelleObama on social media with photos of unappetizing cafeteria offerings. The former first lady had made the school lunch regulations a part of her Let's Move! initiative against childhood obesity.

But not everyone applauded last week’s news. The American Heart Association recommended that schools “stay the course” and remain committed to the stricter standards.

That’s a decision school districts are now allowed to make on their own.

“I’ve got 14 grandchildren, and there is no way that I would propose something if I didn’t think it was good, healthful, and the right thing to do,” Perdue said. “And here’s the thing about local control: It means that this new flexibility will give schools and states the option of doing what we’re laying out here today. These are not mandates on schools.” —Laura Edghill 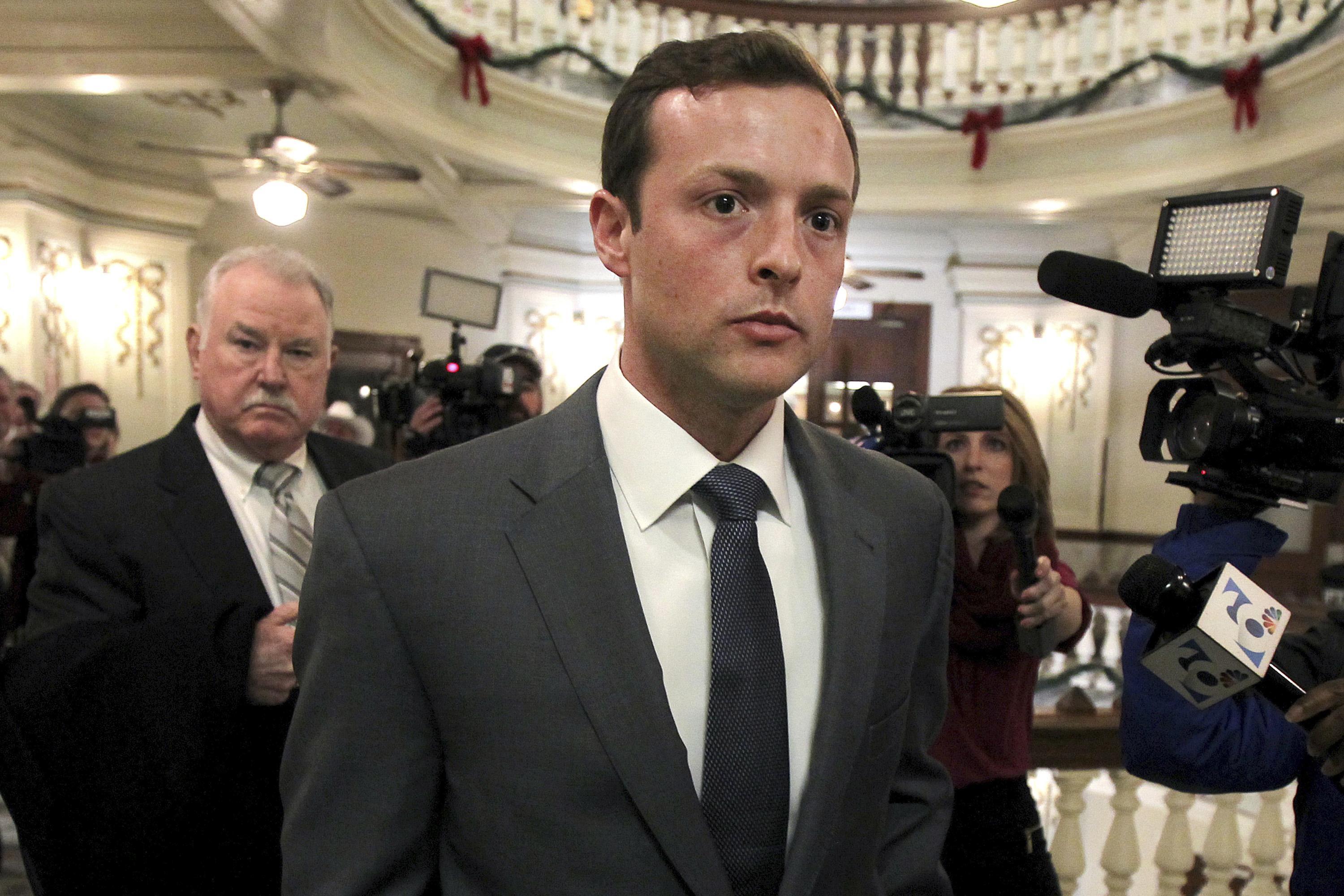 No jail time for Baylor student accused of rape

A Texas judge on Monday sentenced former Baylor fraternity president and accused rapist Jacob Walter Anderson to probation, counseling, and a $400 fine. State District Judge Ralph Stroher issued the sentence after prosecutors in October offered Anderson a deal in which he pleaded no contest to unlawful restraint.

“Violence against women is not taken seriously by the legal system,” said Michele Dauber, a Stanford law professor. “The handling of sexual assault in the criminal justice system has been inappropriate, and sort of shockingly so, for a really long time.”

The alleged victim told police she became disoriented after drinking punch she was given at a 2016 Baylor fraternity party. She claimed Anderson led her to a secluded area behind a tent and violently raped and choked her until she lost consciousness. “He stole my body, virginity, and power over my body,” the former Baylor student said in a statement she read in court on Monday. She said the outcome shows that the justice system is “severely broken.” Anderson was expelled from Baylor following an investigation.

The case draws familiar parallels to that of convicted rapist and former Stanford University swimmer Brock Turner. In his sentencing two years ago, Turner received three years of probation, six months of jail time, and was required to register for life as a sex offender. The internet exploded with outrage at the sentence, declaring it too lenient and offensive to victims everywhere. —L.E.

“It is with extreme regret that this series of recent circumstances has forced us to discontinue the operations of our schools,” read a letter to students from Education Corporation of America CEO Stu Reed. “We encourage you to pursue your career training with another school in your area that offers the same or similar program.”

The beleaguered company operated 70 campuses, including the Virginia College and Brightwood College chains, but cited ongoing financial issues exacerbated by declining enrollment that made it unable to pay its debt. The company was facing eviction at several campus locations, according to legal documents.

In what appeared to be the knockout blow, the chain last week lost its official accreditation by the Accrediting Council for Independent Colleges and Schools.

“They don’t really have many answers for us,” ECA dental assistant student Alexis Gurrola told USA Today. “We can take our final and get credit for this last course.”

The company website stated it will provide students with more information early next week. —L.E.

Recently ousted Liberty University newspaper editor-in-chief Jack Panyard and a group of students have launched an off-campus news website free from the reach of sanctions by the university located in Lynchburg, Va.

Panyard lost both his editorial position and an accompanying $3,000-per-semester scholarship this past spring after the staff of the school newspaper, the Liberty Champion, pursued stories that Liberty University administrators did not want covered. The administration censored many of the articles. In a conference call with student newspaper staff, Liberty President Jerry Falwell Jr. explained that the primary purpose of the newspaper was to promote the interests of the university and that adherence to a multilevel approval process for submissions was nonnegotiable.

The new site, The Lynchburg Torch, said it’s mission is to “serve the student body of Liberty University by accurately and fairly reporting on happenings in the Liberty and Lynchburg communities while providing student opinion and input.” —L.E.