Foster families in the balance

Chad and Melissa Buck have already adopted five special needs children through St. Vincent Catholic Charities in Michigan. They hope they can adopt one of their adopted children’s siblings as well.

“We’d want to get that call first,” Melissa Buck said. “We believe it’s important to keep siblings together whenever possible.”

But that may not be possible if the adoption and foster agency can no longer place children.

A federal appeals court allowed a same-sex couple to intervene in the state of Michigan’s case against St. Vincent, which is trying to use nondiscrimination laws to force the agency and others like it to violate their religious beliefs and place children with same-sex couples. If the state succeeds, religious child-placing agencies may have to close their doors.

A unanimous three-judge panel of the 6th U.S. Circuit Court of Appeals issued an opinion on May 11 permitting a lesbian couple, Kristy and Dana Dumont, to enter the dispute raging between Michigan Attorney General Dana Nessel and Lansing-based St. Vincent. U.S. Circuit Judge Richard Griffin said the U.S. District Court that heard the case previously abused its discretion when it didn’t consider the Dumonts’ claim involving the First Amendment to the U.S. Constitution’s Establishment Clause separate from the state’s case. The Dumonts argue the Michigan government is supporting religion by working with and providing funds to religious child-placing agencies.

The Dumonts launched the dispute when they first sued the state in 2017 for allowing St. Vincent and other agencies to use religious criteria in their placements of children. Michigan was led then by Gov. Rick Snyder and Attorney General Bill Schuette, both Republicans. But in 2019, the newly elected Nessel, serving under fellow Democrat Gov. Gretchen Whitmer, changed the state’s policy and settled the case in March of that year, agreeing to end contracts with religious child-placing agencies that refuse to work with same-sex couples. But St. Vincent was not a party to the settlement and sued one month later, claiming the state of Michigan violated its rights under the First Amendment and the Religious Freedom Restoration Act. U.S. District Judge Robert Jonker required the state to continue working with St. Vincent while the case proceeded through the courts and upheld that decision on appeal.

The conflict likely won’t be resolved until the U.S. Supreme Court decides a separate case—Fulton v. City of Philadelphia, according to Becket counsel Nick Reaves. Several foster parents and Catholic Social Services challenged the city of Philadelphia’s policy of cutting off referrals of foster children to the agency for placement because it would not certify same-sex couples as foster parents. Oral arguments will not occur until October or November, so no decision is expected before the spring next year.

Religious liberty advocates hope the high court will reconsider its 1990 decision in Employment Division v. Smith, where the justices ruled the government can enforce laws that burden religious beliefs or practices as long as the laws are “neutral” or “generally applicable.” Local officials have taken refuge under that ruling to defend supposedly neutral nondiscrimination laws, zoning laws, or other regulations even when the results shutter religious groups or businesses.

The U.S. District Court in Michigan decided to stay its ruling until the Supreme Court issues its ruling, enabling St. Vincent to continue working with the state until sometime next year. Reaves said the Dumonts may have intervened in case presumptive Democratic presidential nominee Joe Biden picks Witmer as his running mate and she leaves office. They may be positioning themselves to continue the litigation if a new governor changes the state’s policy again. 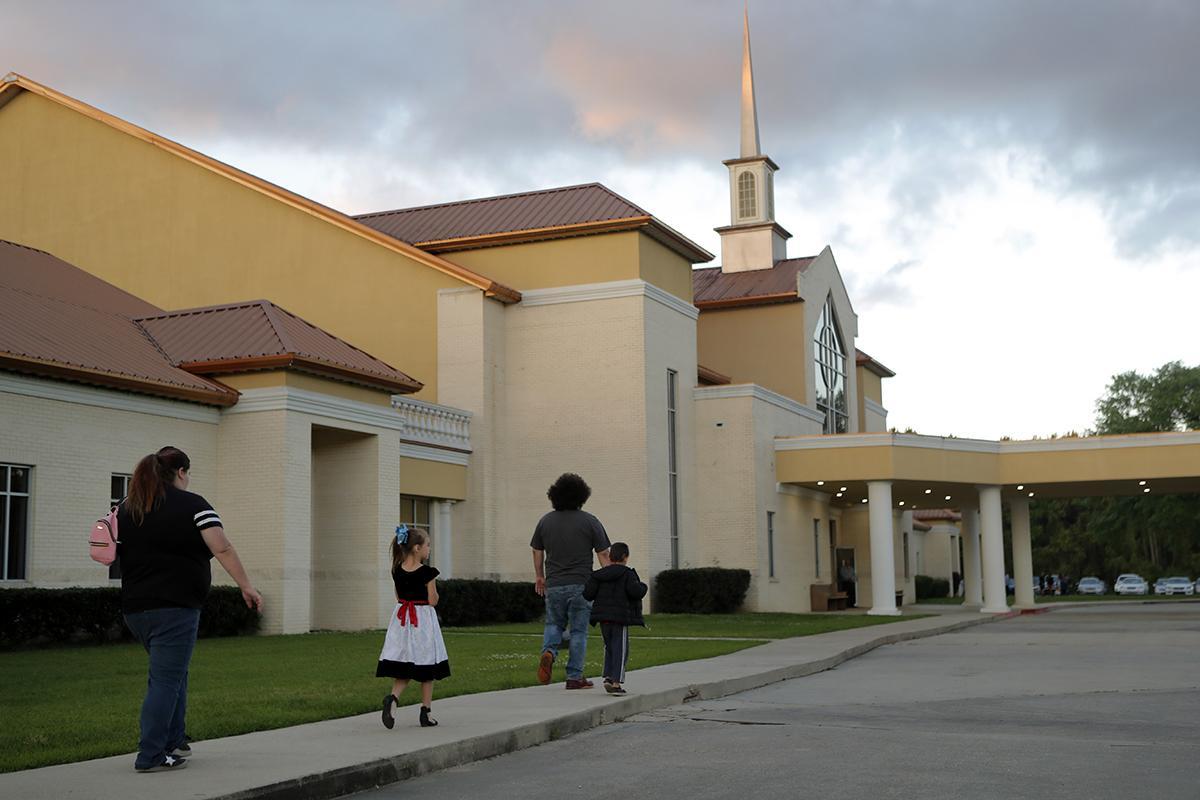 Courts are still handing out mixed results to churches that challenge restrictions on worship services during the coronavirus pandemic, even as some states like Virginia, Alabama, and Louisiana begin loosening their rules.

In Louisiana, U.S. District Judge Brian A. Jackson upheld Democratic Gov. John Bel Edwards’ order limiting indoor church services to 10 people. Mark Anthony Spell, the pastor of Life Tabernacle Church in Baton Rouge, claimed that his church’s religious beliefs required their 2,000 members to worship together. When he continued to hold services in violation of the governor’s restrictions, the state issued a misdemeanor summons for his arrest, but authorities did not take him into custody. Edwards then relaxed the restrictions to allow indoor services at 25 percent of a building’s capacity.

Churches in Illinois, however, have gotten no relief. Elim Pentecostal Church in Chicago lost its bid to block enforcement of Democratic Gov. J.B. Pritzker’s 10-person limit on worship services. U.S. District Judge Robert Gettleman said there was no evidence the governor’s order targeted religion and found the virus is more likely to spread in a church environment than at a business. The church appealed the ruling.

But a federal judge in North Carolina criticized that reasoning. U.S. District Judge James C. Dever III set aside Democratic Gov. Roy Cooper’s similar restriction on indoor services. “Why doesn’t the governor trust the leaders and members of religious entities in the same way he trusts, seemingly, everyone else?” Dever asked the governor’s counsel at a hearing on Friday.

In the order that followed on Saturday, the judge barred enforcement of the gathering ban, citing “glaring inconsistencies” in the order’s treatment of religious and non-religious entities.

“Eleven men and women can stand side by side working indoors Monday through Friday at a hospital, at a plant, or at a package distribution center and be trusted to follow social distancing and hygiene guidance, but those same 11 men and women cannot be trusted to do the same when they worship inside together on Saturday or Sunday,” Dever wrote.

Cooper’s office said he would not appeal the judge’s ruling.

In Oregon, the state Supreme Court ruled Monday night in a suit brought by 10 churches that Democratic Gov. Kate Brown’s restrictions on churches as well as all of her coronavirus emergency orders were on hold because she exceeded a 28-day limit on such restrictions set by state lawmakers. —S.W.

A federal appeals court on Wednesday ruled that a church’s case against the state of California for mandating that health insurance plans include abortion coverage can proceed, overturning a U.S. District Court dismissal.

While it doesn’t end the case, the unanimous opinion by the 9th U.S. Circuit Court of Appeals found that Skyline Wesleyan Church near San Diego suffered injury when a 2014 California law said that church health plans must cover elective abortions. Skyline sued the state in 2016. Earlier this year, the U.S. Department of Health and Human Services sided with the church.